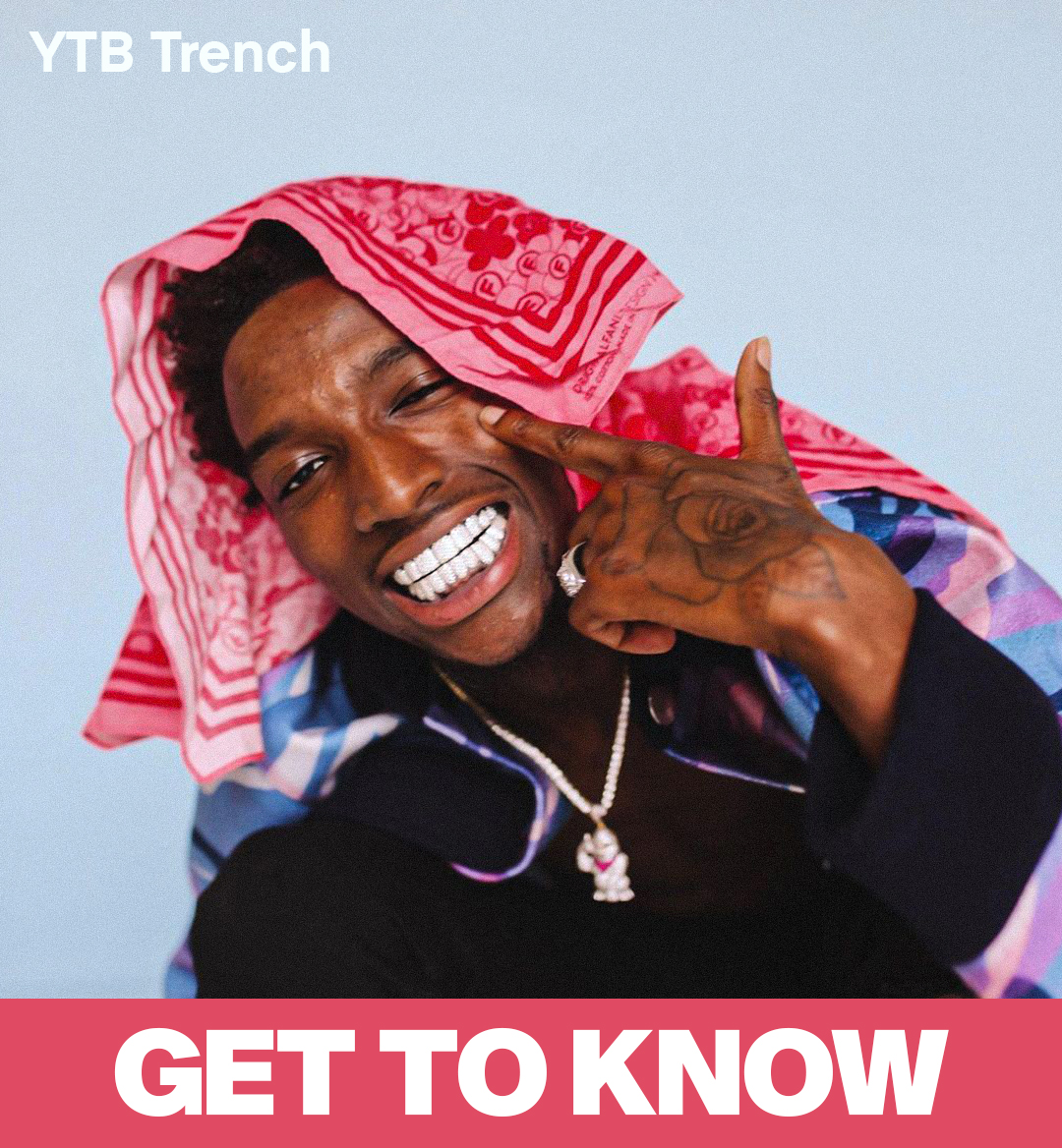 YTB Trench is a rapper and artist hailing from Cincinnati, Ohio. Trench is looking to spotlight the Midwest and, more specifically, Ohio with his one-of-a-kind voice and ability to dominate over any beat. His skills have landed him a co-sign with Young Thug on his flagship label Young Stoner Life Records.

In May 2021, Trench appeared on the Monday To Monday podcast with Mike Boyd. The podcast talks about how he got signed, representing Ohio, and what it is like to be on YSL Records. Be sure to tune in to their thirteen-minute conversation to learn more about the buzzing artist.

On the podcast, Trench tells the story of how he got a co-sign from Young Thug. He says that he received a DM from Thug on Instagram and then flew him out to Los Angeles. When he first arrived in Los Angeles, the album was already in the mixing stage and being finalized, but Thug gave him a track to record with Lil Baby (“Paid the Fine”), and he hopped on it. Furthermore, he explains that he wasn’t supposed to initially be on the album. He then adds that he didn’t know he was on the album until two or three days before it dropped.

While many people may have heard the music he’s created, some don’t know who he is as a person. Trench explains that he is the type of person to voice his opinion and not hold back. Adding that, you have to speak your mind firmly and with your chest. This shows the kind of authenticity that is embodied within his character.

Trench got his first significant opportunity in the spotlight in April 2021 on YSL’s Slime Language 2. With YSL and Thug providing a platform for the young star to shine, he took the opportunity and ran with it, collaborating with Young Thug, Future, Lil Baby, 24Heavy, and Unfoonk across three different tracks. Often, drawing attention to these tracks to his flow and lyricism.

On “Mob Ties (Remix),” provides an elevated flow that contrasts with artists such as Future and Unfoonk, who are on the middle-to-lower register on the tracks. Additionally, Trench really caught the attention of YSL listeners on “Paid the Fine” with Lil Baby, Gunna, and Thug. This was due to Trench’s soulful and attentive chorus, arguably taking the spotlight of the song. Tune in below.

Trench looked to continue to build momentum and buzz that he had previously developed by releasing his debut album Versatalien at the end of July 2021. In August, we briefly covered the album and his music video for “Toxicity” on Lyrical Lemonade. If you haven’t read it yet and are still unfamiliar with Trench - tune in below!

At the end of August, Trench released his music video for his song “Cancun” off his album. The music video features short cameos from Young Thug, with him rapping along to the song on his Instagram story. Tune in below!

1. How was the Homecoming Tour?

Tour Was A Vibe 💜 Didn’t Make Too Many Of The Shows Due To Overworking & Prep Purposes 3ut All In All It Was Successful .

2. What does it mean for you to be coming from Cincinnati?

And Honestly Jus Another Chip on My Shoulder . “The City Of Hate” Is Like An Absolute Obstacle Of All . Nobody Makes It Out My City So For Me to 3e The First Young Millionaire In Caliber Its A 3lessing. I MADE IT OUT Witt No Help And STILL Ain Earned My City Respect Fully. Don’t Get Me wrong It’s CRAZY Support 💯 i Hear My Music Throughout All My City ... I Jus Ain Satisfied

3. You just came off an album, several music videos, and a tour. What can we expect next from you?

4. Are there wise words or anything somebody said that caught your attention from any of the YSL members you’ve worked with?

While Trench first caught listeners' attention on Slime Language 2, he followed up with his debut album and is beginning to gain a lot of traction for it. Additionally, the visuals he is dropping alongside his music help further the brand he is developing. With Trench’s talent, persistence, and mindset, we are excited to see what the future holds for this young artist. So be sure to keep an eye out for Trench!