The multi-talented artist and producer took some time to talk to ONE37pm’s Mike Boyd about his plans for the future. 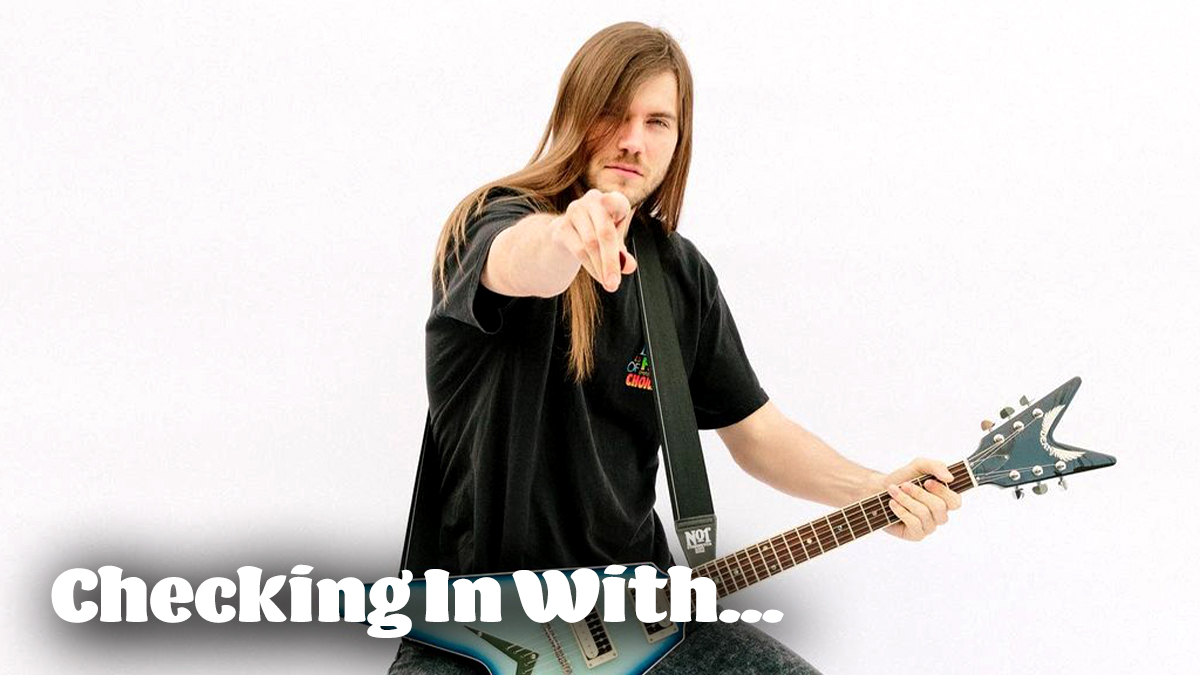 There is a certain kind of euphoria that comes with Rock ‘n’ Roll. Rock is electric, dynamic, and has the ability to take you to another dimension. To have success with the genre, one has to be an incredible performer with an innate ability to tap into the highest level of creativity. That’s where MYRONE comes in. A true Rock and Hip-Hop hybrid, the multi-talented young man from Los Angeles, California has begun to establish himself in a world where there are very few ‘true rockers’ left as opposed to the 1980s and 1990s.

Songs like ‘Forbidden Castle’ and ‘Aromatherapy’ highlight the artists’ depth body of production, and with new music and a wedding around the corner, MYRONE took some time to talk to ONE37pm’s Mike Boyd about his plans for the future.

Boyd: I wanted to talk to you about Firstborne. Can you tell us more about that?

MYRONE: With Firstborne, it’s me, Chris Adler who plays drums, and James LoMenzo on bass. Chris used to play drums with Megadeth and Lamb of God while James also used to play for Megadeth and the 80s band White Lion. He’s a bass legend! The vocalist is a guy named Girish from Bangalore, India. For the past year we’ve been working on music to kind of stay sane during these crazy times. We actually just released a single called ‘Sacred Lights’ which is on the Monday to Monday playlist, and we also released a cover of a Journey song called ‘Separate Ways.’

Boyd: I’m a fan of you musically. I wanted to ask you how you approach creating Rock songs versus Rap production.

MYRONE: They are completely different processes because the instrumentation is different, but they both start the same way for me. Lately with all the rap stuff I’ve been doing I start with guitar loops, and that’s how it works with Rock too. It's great to be me right now because everybody finally likes guitar again! For me it always starts on guitar. A couple of years ago when guitar wasn’t as cool, I would have to sneak it there. Now I can play guitar all day!

Boyd: For anyone new to your music, what Hip-Hop song would you suggest they start with to hear your production?

MYRONE: Check out the Michael Christmas song ‘Polo Sweater!’ It’s me on production and Michael Christmas going in with the assist. G Pericles is also on it. It’s kind of funny because Michael came over to make a song, and we decided to make another one. I started making the beat and I was like this is hard! I asked Michael if he liked it, and he said he loved it because it sounded like an Aaron Carter beat! It was funny! It ended up being a sick song.

Boyd: I’ve got to ask you about video game scoring. How do you approach making music for video games?

MYRONE: Usually when I work on video games, they will show you visually where the music is going to be at. For me, I actually get really inspired by visual stuff—even more than music sometimes. I follow all these pages on Instagram, and one of my favorites is this one called Monster Mini Trucks, and every time I see one I want to make a song that looks like those trucks! With video games it’s the same thing. The last one I did was Zodiacxx—it’s a submarine dogfighting game. I was lucky enough to be on a group chat where I could see the developments, and the developer worked really hard. Video games are interesting because you have to make stuff that loops back on itself.

Boyd: What are you doing on TikTok? Talk to us about your view on it.

MYRONE: TikTok is a really interesting platform. If you start going viral on TikTok, your organic reach is crazy. I see it as an opportunity to reach different people. I’ll just put on music and shred over guitar sometimes. I love learning melodies on guitar. So it’s a fun exercise for me to learn the hooks of songs and throw them on TikTok. It’s a fun thing to mess around with that’s beneficial to me!

It’s the only the beginning for MYRONE. You can keep up with all of MYRONE’s upcoming releases on Instagram.

The 20 Best Lego Sets of All-Time