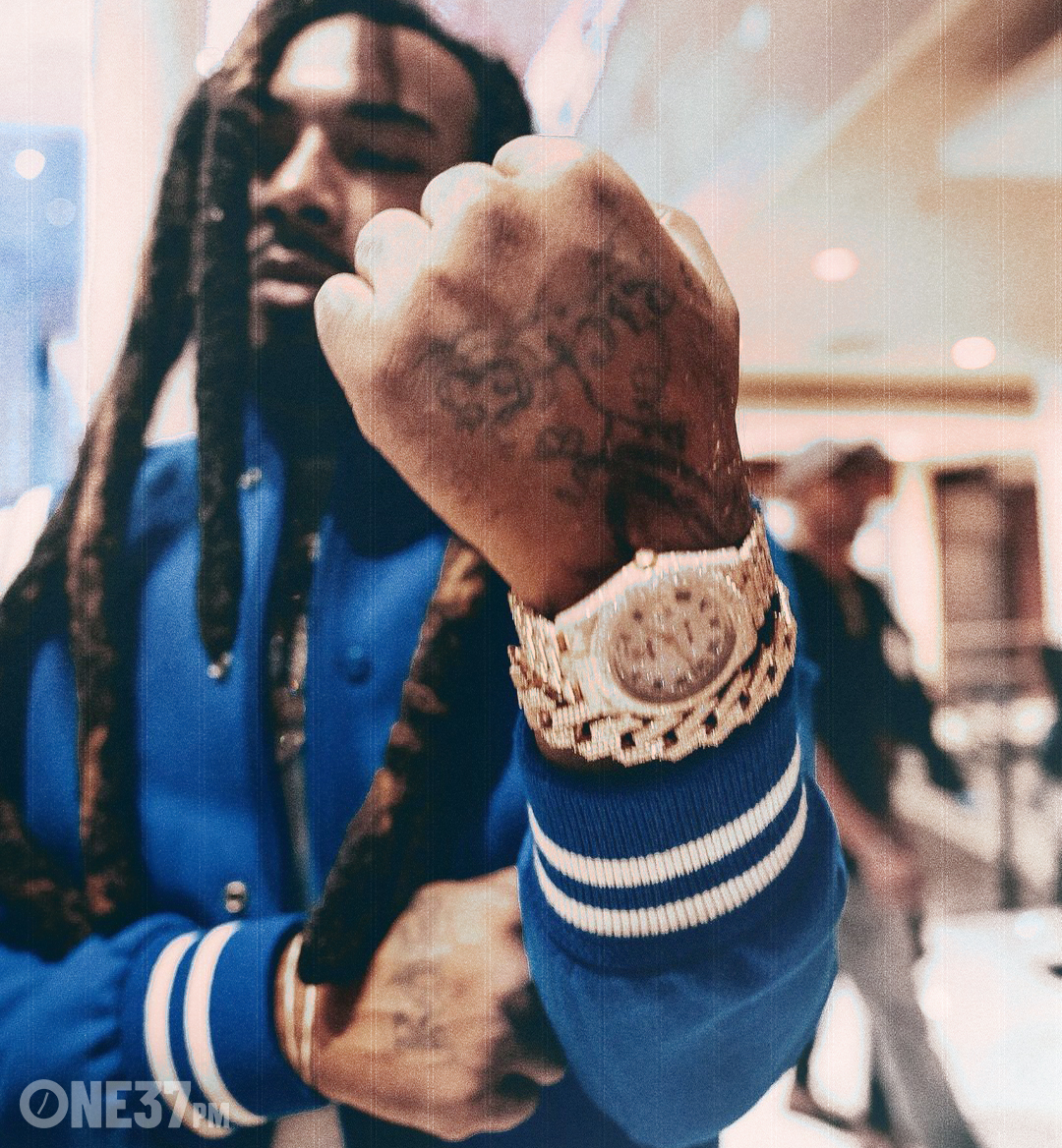 Hailing from Detroit's six-mile is thirty-one-year-old Icewear Vezzo, an artist beginning to prosper from years of hard work. Vezzo started his music career in 2012, shortly after he released his first mixtape, The Clarity, in April of 2013. The sixteen-track EP features fellow Detroit artists of Team Eastside, including Babyface Ray, Dame, Snoop, and Peezy.

Vezzo is coming off his latest release, "Know the Difference," featuring Lil Baby, released at the end of August. The song quickly gained millions of streams on Spotify and recently passed one million views as well. Tune in to the hard-hitting music below.

In 2021, Vezzo was featured in "Captain Crunch" off of Trippie Redd's Trip At Knight. The song also featured the likes of Sada Baby and Babyface Ray. The song quickly gained traction, gaining over three million streams. Additionally, Vezzo hopped on "Up The Sco" with Chicago's Lil Durk. Throughout the years, Vezzo has continuously delivered on his projects and collaborations with fellow Detroit artists. These consistent collaborations are helping contribute to the success of Icewear Vezzo.

Since the release of The Clarity in 2013, Vezzo has released seventeen additional mixtapes and albums. One major contributing factor of these long-form releases is that The Clarity is a hexalogy, containing a staggering number of songs totaling over one hundred, roughly 18 songs per mixtape. The embodiment of Vezzo's grind is a testament to what an artist can accomplish with pure persistence alone.

As far as talent goes, Vezzo's unique sound and street lyrics catch the listener's ears for its authenticity. If this wasn't evident with Vezzo's past releases, it sure is with his latest album Rich Off Pints. The eighteen-track project contains features from EST Gee, Trippie Redd, Lil Yatchy, Dreezy, and a lot more. This album pays homage to Detroit, with Vezzo preaching about the adversity he overcame to get where he is now.

The project's standout song "Choppy Talk" is an exemplary track for songwriting and delivery. Vezzo sets the tone instantly with the chorus at the beginning of the song. Vezzo spits, "I'm a lean sippin', pill poppin', dread-headed real rasta. Chopper, shooter, hitter, they gon' have to find real doctors. Got my nephew with me, he just wanna rob and kill something." This catchy articulation and unique rhyming style sets this track apart and can be found throughout the album. Be sure to check out the music video below.

Visual factors are also a significant contributing factor toward Icewear Vezzo's growth over the past year alone. Over the last twelve months, Vezzo has released over thirty-two music videos on his Youtube channel, sometimes releasing videos every week. These videos have gained upwards of twenty million views in total. To date, his most successful video is his music video for "Up The Scene" featuring Lil Durk. Tune in below!

Vezzo's formula of talent and persistence is attributed to his rapid growth, although it wasn't always like that. Recording over a hundred songs across multiple albums, mixtapes, and singles have helped Vezzo become more than just a name within the Detroit music scene. Be sure to keep a lookout for this artist in the future as he is making significant strides for years to come.