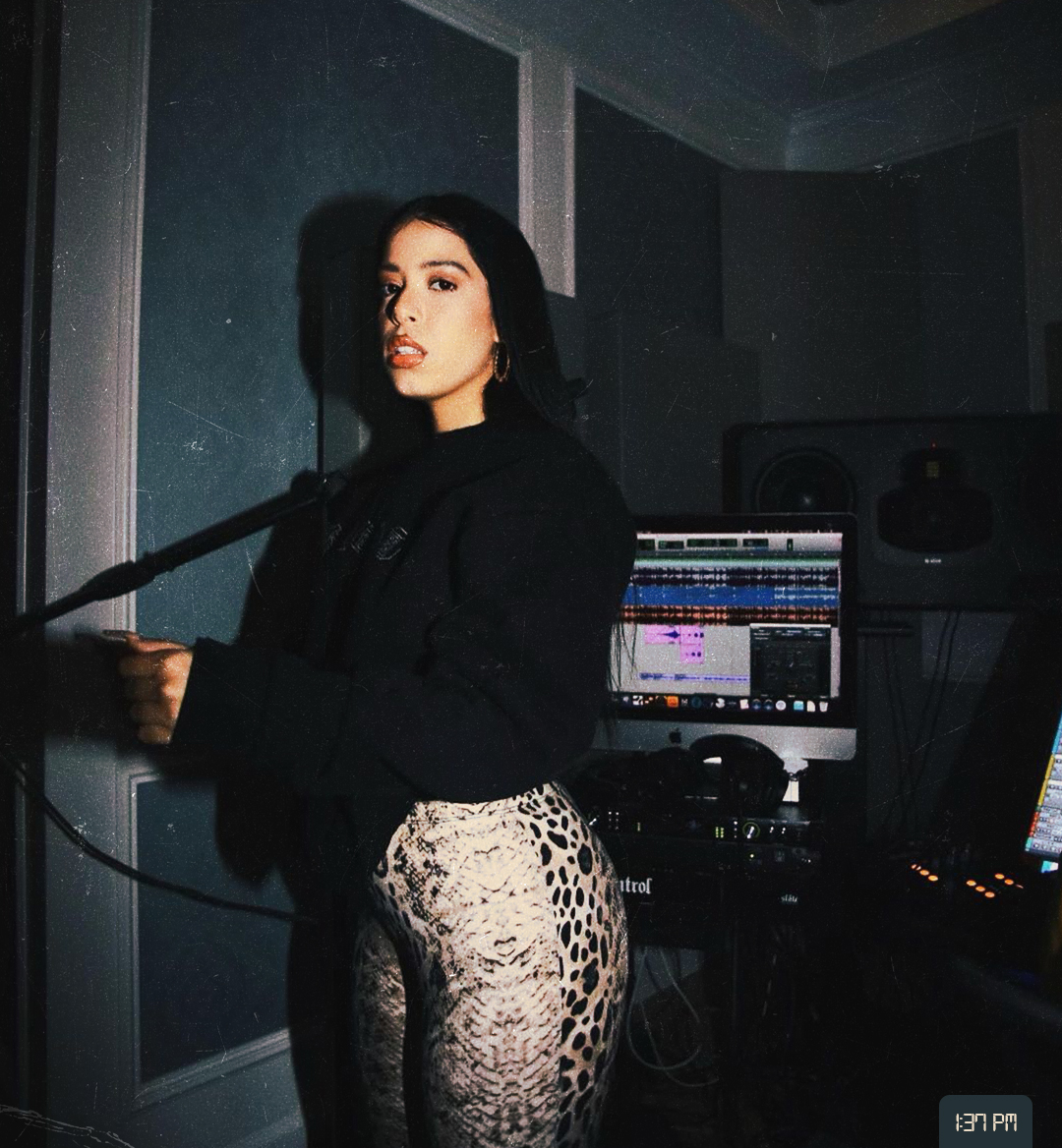 Def Jam's newest signee, ilham, originating from Queensbridge, New York, just released her new single, "gang signs." In addition to being signed to Def Jam, she had received support from fellow Moroccan French Montana, who has been supporting the artist for over two years now.

In October 2019, ilham released "in too deep," a smooth and passion-infused song that seems to strike a chord with the audience of her music videos. Within the melody, it features a calming guitar progression and a filtered pad complemented by ilham's soothing vocals. Her powerful vocals and deep lyrics helped to push this to millions of listeners worldwide. Since “in too deep” was released, she has received over one and a half million views on the  music video on YouTube and one and a quarter million streams on Spoitfy.

Her 2018 track "cycle of games" off of her 2018 project 41-10 has recently surpassed over three million streams on Spotify. The single is accompanied by her soft voice and harmonies, which can be heard throughout the piece. Additionally, she features Arin Ray, a Cincinnati-based artist who even made an appearance on the second season of The X-Factor. Arin's relaxed demeanor and connection even add more elements attributed to its success. The music video has over one million views, be sure to tune in below!

Her latest single, "gang signs," comes after a year of not releasing any music, but this song is a perfect statement piece of ilham, stating that she's not going anywhere and she has something to prove. While it may have been a year from her last release, some things don't change, such as her soothing vocals. The tune  features a lot of different elements, including R&B, soul, and pop. Be sure to tune in below!

The song has a natural and smooth timbre that makes this an easy-listen for any listener. The chorus features some ear-catching harmonies, with a heterophonic texture of ilham's central vocal performance. Additionally, the track's tempo is steady and joyful, remaining pretty consistent throughout the piece. Finally, its ambiance provides a stimulating and healing effect on the audience. In conclusion, this is a must-listen for anybody who is into emerging R&B and pop.

Her music video for "gang signs," which was released on October 8, 2021, is already seeing tremendous success early on in its campaign. In less than four days, the video has surpassed one million views. The comments on the music video are nothing but praising ilham's talent and execution on this track. Statements include: "This song gives me sad vibes, but it's also beautiful, it's hopeful," and "and just like that, I'm obsessed with this woman." Be sure to tune in below!

With ilham's raw talent, she is making strides towards becoming the Queen of Queensbridge when all is said and done. Be sure to check out her latest single and give her a follow on social media!