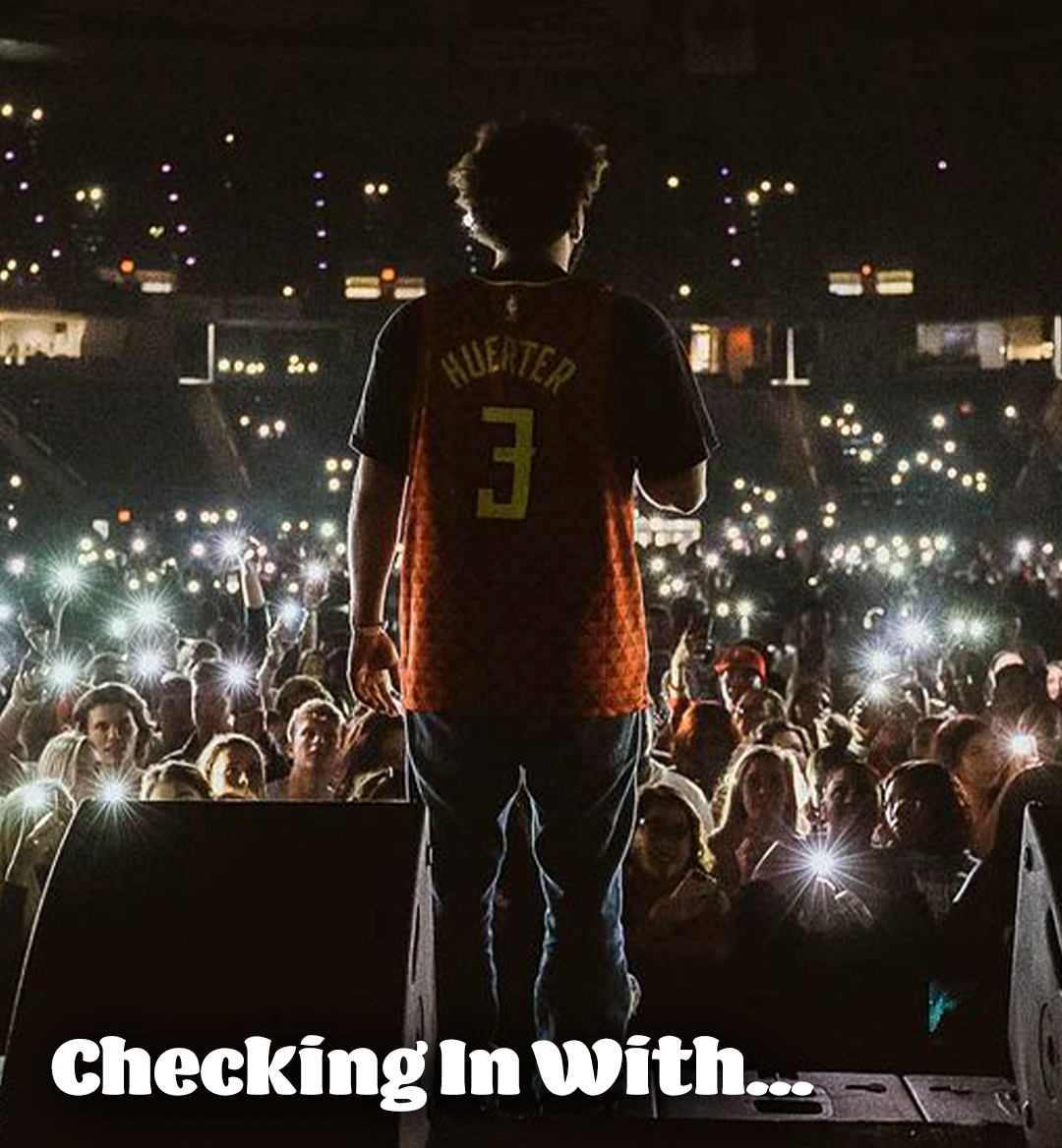 It’s been an upward climb for Johnny 2 Phones over these last couple of years. With songs like ‘Code Red,’ ‘Love Me Not,’ and ‘Into The Sun,’ the artist is on the come up in the world of Hip-Hop. Fresh off his latest release entitled ‘Rescue’ (which was produced by his former SUNY colleague and partner in crime Hunna G), the artist caught up with ONE37pm’s Mike Boyd.

Boyd: I’m really messing with your new song ‘Rescue!’ Threw it on the playlist (Monday to Monday). Tell us about the song and how it came about.

2 Phones: First of all, thank you for all the love on that! The love in general on the record has been incredible. The song was influenced by artists like Outkast—I’ve been listening to a lot of Ciara lately. It’s just kind of the pace and the beat. My producer (Hunna G) and I sat down, and I explained to him what I wanted and my vision. I got down there and just told my story and what I’m feeling at the moment in terms of how I deal with anxiety and depression sometimes. Thinking too much is real to me. I genuinely overthink every freaking thing. To see people react and connect to it is super important. I’m very appreciative of that. On TikTok, one video has 8 million views and two million on a couple of other ones. It picked up on TikTok and carried over to Instagram. Pretty sure that one has over 13 million views.

Boyd: What’s your view on TikTok?

2 Phones: It’s funny you say that because I think you have to swallow your pride as an artist right now with no shows. Actually, it’s not even about swallowing your pride, it’s about trying something new. You can disguise your fear of trying something new by saying it’s for little kids, but that’s just being lazy! I encourage every artist to get on TikTok and learn the app. I was on my TikTok live, and I would say the app has aged up. It’s a great place to build a fan base. People on TikTok are nicer—it’s not like Twitter!

Boyd: Can you talk about your approach to making videos and what that means to your career?

2 Phones: I just think video is a little bit different from picture based or even song-based. It just makes it more organic. It’s just a different form of media—it’s interactive in all different types of ways, especially on TikTok. It’s cool that it’s just that easily digested on TikTok. People were telling me before ‘Forever’ came out that they had listened to it 30 times in a row. It’s crazy!

Boyd: For anyone new to you, what song should they start with to get an intro to you?

2 Phones: That’s a great question! I think a good place to go back and start from would be ‘Gelato’ and ‘Love Me Not,’ just because that’s where we started. If you're gonna join in now, I would go into ‘Piss Me Off’ and ‘Rescue’ because that’s our newer sound. Not that I switched up my old sound, but this is a more polished Johnny 2 Phones that are more seasoned and can write better. It’s just better music I think, going forward.

Boyd: There’s a lot of people watching these videos that are aspiring artists. When you go about making music, what do you need to set the mood in the studio?

2 Phones: I think the fewer people, the better. At least in our case. It’s been the same three people making music for like six years. We have a level of comfortability that can’t be duplicated. My engineer (Jake Mannix) has known me since I was 16. Hunna and I have been together forever. I would say find your people that you can build with and stick with them. Don’t always look up. You guys could be the next Metro Boomin and 21 Savage. I really think that’s what Johnny 2 Phones and Hunna G did with Jake Mannix behind us. We developed our own sound. We sat there and figured it out and didn’t switch up on each other.

Boyd: Outside of music would you consider yourself a sneakerhead?

2 Phones: Oh Yeah! I’m a big sneakerhead—my favorite Jordan’s are the ‘Jordan 4’s.’ I’m a big New Balance and Converse guy. Growing up I played basketball—played in college. So sneakers, basketball, music, they are one in the same in the Black community. Actually it’s funny, I was known as the ‘Chuck Taylor’ kid. I would go to the park in high top Chuck Taylor’s. I used to bake! I’m not gonna lie, I used to cook people in the Chuck Taylor’s!

Boyd: Talk to us a little bit about the Upstate New York scene. Do you need to go to the city? How do you maneuver?

2 Phones: I think this is something I heard in a Drake interview. You can go to L.A. and New York City and stuff, but it’s special when you make it happen in your city. Ever since I heard Drake say that some years ago, I was like that’s a fact! I’m from Upstate New York, I’m from Troy. I’m not embarrassed of that. I’m from Troy and we can outrap the world! Forget that crabs in a bucket mentality! Now that I’m on and Souly Had is on, we’re gonna make music together! We want to be the next Atlanta. All that ‘King of New York’ stuff, keep that there. There’s room for everybody!

At just 22, Johnny 2 Phones possesses a talent and maturity far beyond his years. Be sure to keep up with the artist on Instagram and Twitter.

This Week in Comic Book Trading, Courtesy of Mr. Bolo

Here's Why You Should Be Watching 'Attack on Titan'