Lonr. Talks Working with H.E.R., Going Viral on TikTok and His Upcoming Tour with YBN Cordae

“My whole life, literally music just felt like it was destined for me" 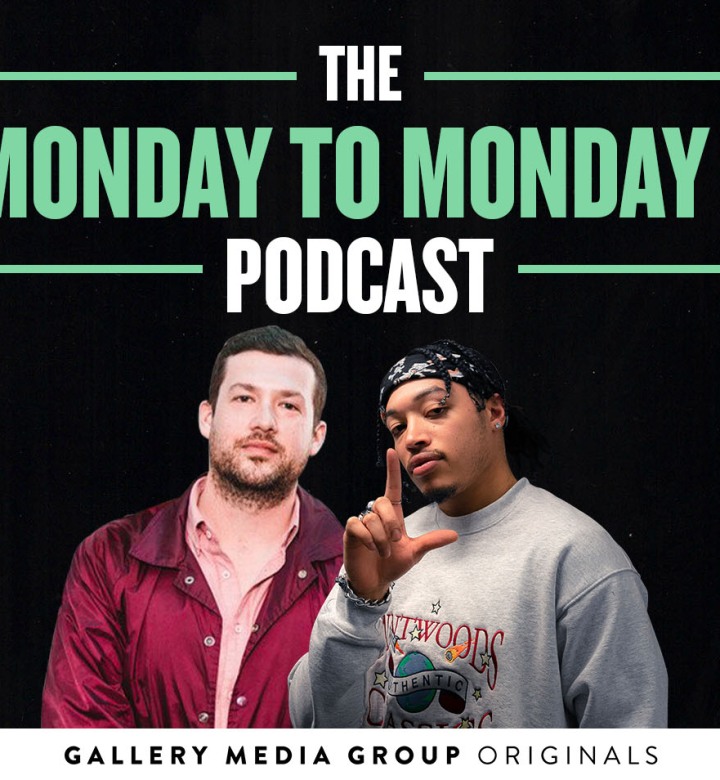 On this week’s episode of our podcast Monday to Monday, host Mike Boyd sits down with Grammy Award-winning singer/rapper/songwriter/producer Lonr. The two talk about the artist’s experience growing up surrounded by music and how it informed his practice of songwriting, working—and winning a Grammy—with H.E.R., his song “A.M.” going viral on TikTok and his upcoming tour with YBN Cordae.

“My whole life, literally music just felt like it was destined for me. Like, in the womb, I was subconsciously taking that in,” Lonr. tells Boyd. His mom is also a musician, and he grew up surrounded by creatives and artists. On his genesis, he tells Boyd, “I was always around creatives. Everybody around me in my family was doing something artistic.” This early introduction to music led to a longstanding commitment to the art in all of its forms—whether it be table-drumming in the high school cafeteria or making beats for his friends throughout his teenage years. Lonr. also tells a funny story about how he has always managed to hone his songwriting, even while working other jobs. On his time working at a grocery store, he says, “I would have my phone in the box that I’m like stocking shit with, recording voice memos. Like of melodies that I’m thinking off the top. So people be walking by in the store thinking I’m insane, because I just be like singing to a box-type shit.”

Lonr. also shares his process of writing songs for others, telling Boyd that “communication is key.” He famously worked with H.E.R. on her eponymous project, helping write the songs “Free” and “Hopes Up.” “When you talk to that artist, and you learn who they are as a person, you start coming up with more ideas that relate to them. And then that’s when they resonate with you more and you build a relationship,” he says. But the practice of songwriting isn’t just about producing cool music, it’s also a cathartic process for Lonr. “Songwriting has definitely helped me in many ways, even outside of the studio,” he says.

Boyd and Lonr. go on to discuss the artist’s recent viral moment on TikTok. “A.M.” was featured in TikToks from some of the biggest influencers on the app, which has led to the song seeing around 200,000 streams a week. He says he was "dumbfounded” when the song blew up.

Lonr. and Boyd spend a lot of the episode talking about Lonr.’s past and future tours. Boyd asks him about his mindset for his upcoming tour with YBN Cordae. “My mind is just on captivating fans and really just putting that energy out on stage,” Lonr says, adding, “I just wanna show people all the sides to me.” They also talk about the best and worst parts of being on tour, with Lonr. goofily responding: “Personally I’m a weird dude, so my favorite part about touring is just seeing the different type of sceneries and just seeing like the different layouts of states.” He loves being out on the road (or in the sky) and just seeing how the scenery changes around him. “Like I’m a thinker and I like to look out the window and just, like, envision shit.”

As far as the worst part of touring, Lonr. has one fun answer and one real answer. His first answer is: “The worst part about tour? I think getting up early and fucking going straight to the road.” After thinking about it, he says, “It’s really nothing. Like I can’t even really say anything bad about touring because the tour life is just so fun.”

The episode closes in typical Monday to Monday fashion—discussing the importance of Lonr.’s team and how they help him be a better artist. “You really do need somebody that’s real to you," he says about his manager, Ant. "You can’t have a 'yes' man if you want success. You gotta have someone that is gonna tell you shit you don’t want to hear when you don’t wanna hear it, because then that’s just, that’s more room for growth.” And he goes on to say how he plans to build the rest of his team: “My goal is to build a family, y’know what I’m saying? Not to have like people I’m working with, but to have brothers and sisters that are doing and working towards the same goal.” This ethos has been at the core of almost all episodes of Monday to Monday, demonstrating the importance of a manager. It needs to be someone who will be honest and help you make your best work.

If you loved this episode of Monday to Monday and want to hear more, make sure to check out last week’s episode, when Boyd sat down with J.I Prince of N.Y.