How to Engineer a Hit Record, According to MixedByAli 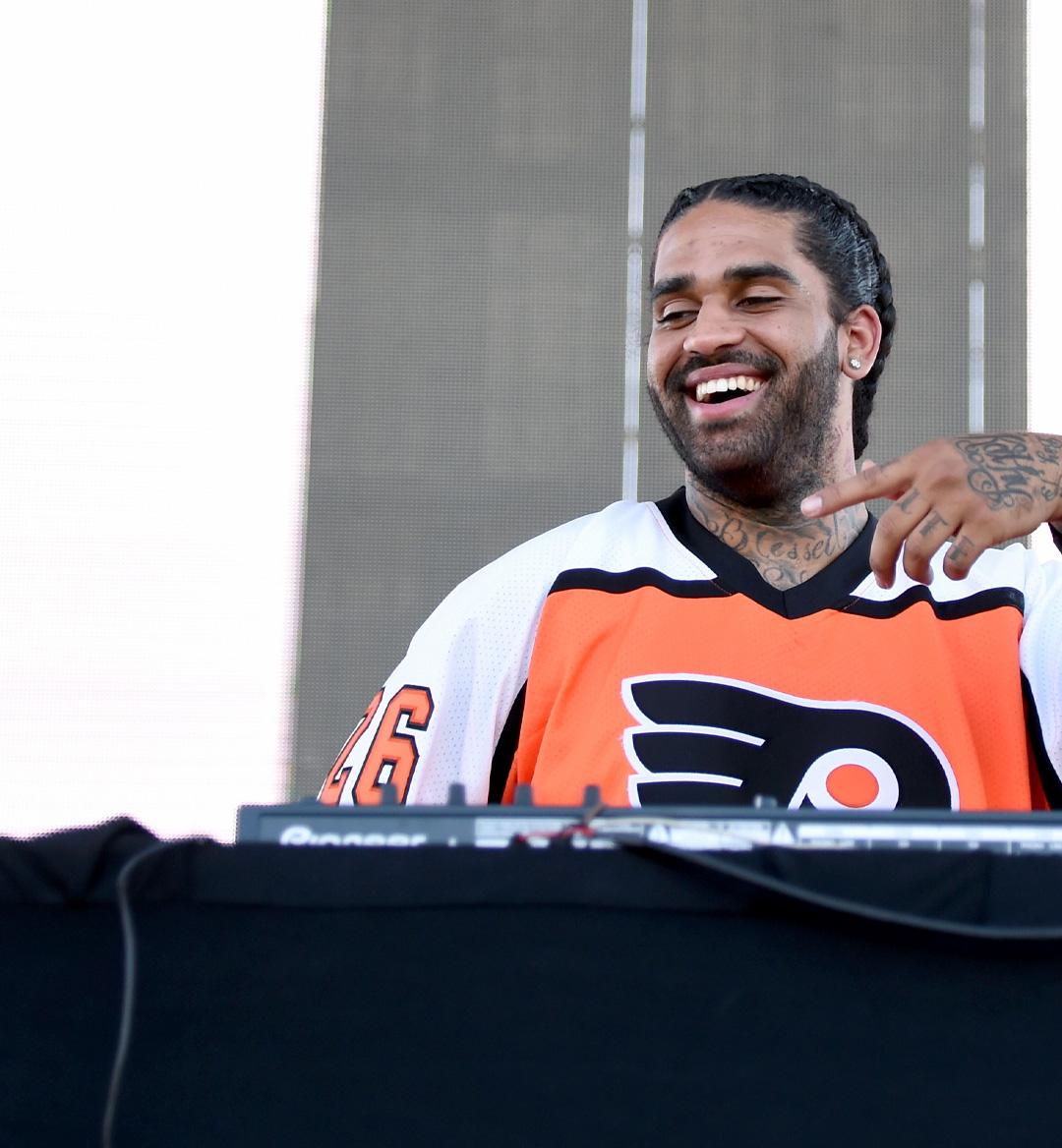 “A lot of these artists would not sound how they sound without the engineer,” says Kendrick Lamar’s longtime engineer, Derek “MixedByAli” Ali.

Everybody has the same 24 hours the same way everybody lives on the same Earth. Different perspectives yield different realities. Five hours is an eternity to someone waiting in line at the Department of Motor Vehicles. Five hours is a blink to MixedByAli when he’s spending 15 hours mixing a snare for a song on Smino’s upcoming album. Five hours is paradise to the dozens of eager producers and engineers who more than likely paid $750 to convene in Los Angeles to learn Ali’s tricks behind his mixes at the engineer’s Engine Ears workshop.

For the last few years, Ali and his Engine Ears have held Seeing Sounds workshops across the world, building a legion of dedicated followers. One Los Angeles attendee who also attended the London workshop last June was nearly moved to tears while telling the Engine Ears team how he genuinely loves them. Another engineer traveled thousands of miles from Alaska to LA to get a taste of the mastery that went into such classic albums as Kendrick Lamar’s good k.i.d., mAAd city, SZA’s Ctrl, Summer Walker’s Over It and enough albums to require a sentence the size of a book to depict accurately. 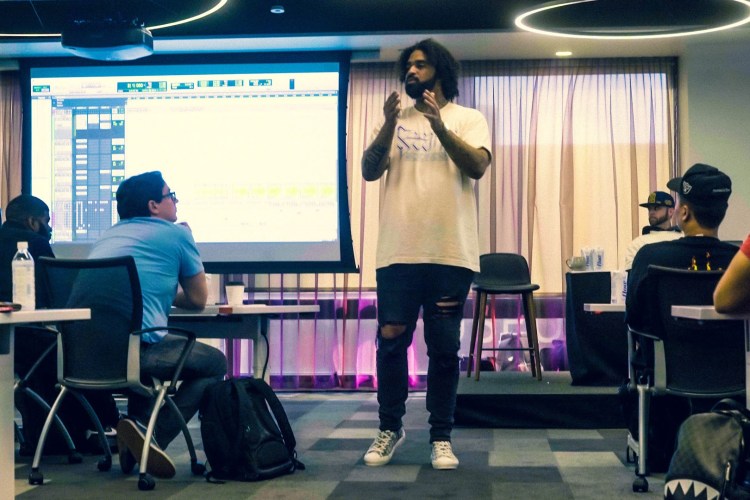 Recently, the maestro mixer engineered arguably the biggest song of his illustrious career, Roddy Ricch’s number one single, “The Box.” At the workshop, Ali not only took eager learners behind TDE’s sound, but he also minutely broke down “The Box” in all of its multitrack glory. But before Ali shows them a single plugin that’s helped him win Grammys, he highlights overcoming speech impairment and lack of formal training. Before a single sound from TDE’s decade-defining catalog was surgically EQ’ed, he stresses the importance of the engineer’s job to be more personal than technical.

“If you know the artist is having a bad day, you have to cheer that nigga up. Get him some water. Get him some tea. Appreciate them, so once they blow up and they’re traveling the world, who are they going to bring with them? A new nigga they don’t know or a nigga that’s been with them since day one that sacrificed to get their job done,” Ali said.

Ali recalled how he became TDE’s chief engineer in the early years because he was the only one who would mix and record the five young TDE rappers each day for 24 hours in the infamous backhouse of TDE CEO Anthony "Top Dawg" Tiffith’s Carson, California, home that was turned into a recording studio. The sacrifices are concomitant with the grind, including stealing bologna meat from Top’s fridge when he went to sleep. That’s not particularly strange for a man who mixes a record in mono and calls the feeling of playing in stereo as “better than sex.”

He openly reveals the brands he works with the most, including ADAM Audio, Antares Autotune, Avid, Universal Audio and Soundtoys. He tells everyone he’s been using the FabFilter Pro-Q 3 over the last few years using parametric EQing. That his favorite plugin is the AMS Reverb is a tidbit he’s not afraid to share.“I can tell you my process right now, and I guarantee it’s not going to sound the same. Everybody has their own ear,” Ali told the workshop.

Inside the TDE Sound 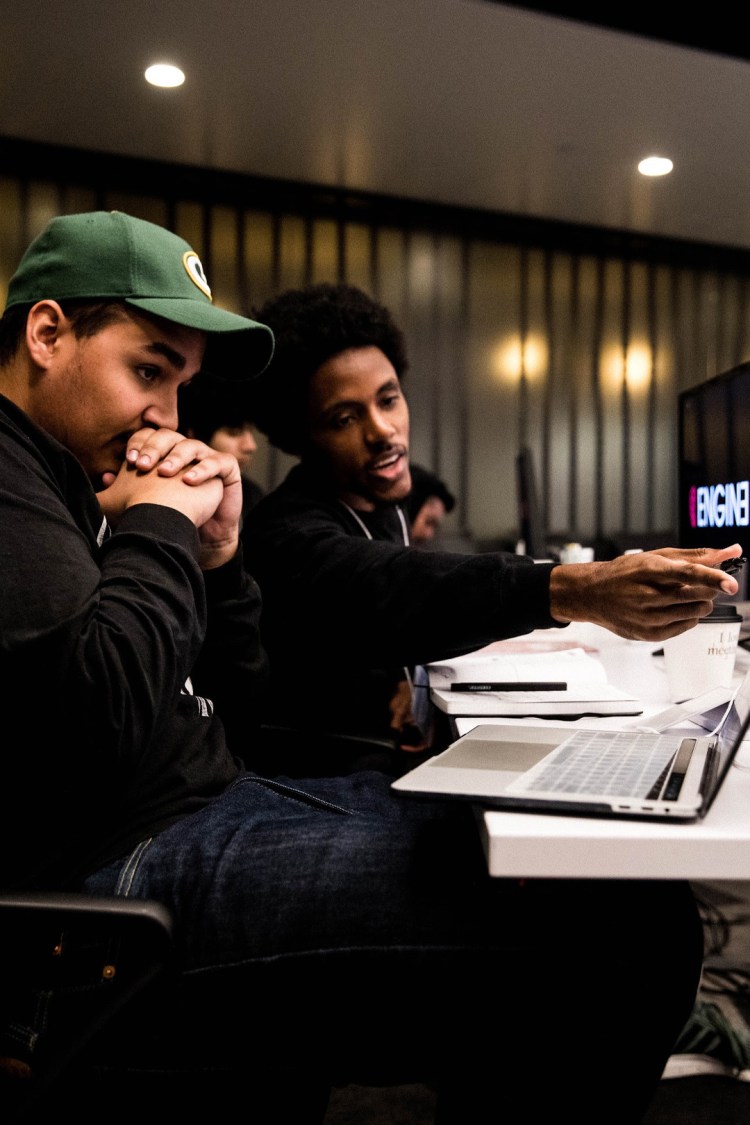 You know a Kendrick Lamar song when you hear one because it’ll sound like a future that’s both familiar and new. His imploration to “stand for something or die in the morning” on “Hiiipower” from his breakthrough Section.80 mixtape is ensconced in radio static like a transmission from a faraway planet that we can somehow reach. Ali let the workshop attendees in on a little secret: They discovered the future in flaws.

“We used to record on a Rode NT1-A mic that had a broke cap. It was distorted at times, but we learned to use that distortion on the record. Those little imperfections of the mic, we found out how to make Section.80 off of it,” Ali said. “If you go back to that record, a lot of his vocals are distorted. People thought it was plugins. Nah, we had a broke-ass mic that was about 200 bucks.”

Kendrick Lamar’s signing with Dr. Dre’s Aftermath Records was announced in 2012, and that wasn’t just a gift for Lamar. “When Kendrick first signed with Dre, I was under Dre’s nuts just trying to figure out everything he’s doing. I’d be like, ‘You need me to clean the boards,’” Ali remembers.

He and Dre both mixed Kendrick’s “Swimming Pools (Drank)” from 2012’s good kid, mAAd city. In the song, Lamar’s vocals pan left to right, changing in tonality thanks to Ali’s mixing. That now-signature sound of Lamar might have been lost to history if Ali’s awe of Dre precluded disagreeing with the legend. “The part with Kendrick’s vocals panning left to right with those high-pitched vocals, when we went to mix it with Dre, Dre was like, ‘I don’t like it.’ But Kendrick loved it. I say all of that to say this: The feeling of knowing you did something that stood out is what made my name.”

When it’s time to deconstruct Roddy’s “The Box,” Ali pulls up the three recording tracks for the three versions of the songs in ProTools: the reference mix from Roddy’s team, Ali’s mix and the master mix. Those sessions were displayed on the four projector screens around the room and on the individual computer screens. The song was played a dozen or so times, and some people were bopping their heads, enjoying the music. But most were staring at the screen, as if they were trying to break down a science project of some sort.

Roddy has the “worst demo-itis I’ve ever dealt with,” explaining how Roddy didn’t want his final mix to sound to clean and still retain a little distortion in the beat. “Demo-itis” refers to an artist’s preference for the first demo of a song over any subsequent mix. Distortion is a sin to an engineer taught under the tutelage of Dr. Dre, but it speaks to how in tune Roddy is with the current sound of music.

“Roddy’s is low-key a little genius. He can hear if his vocals are off by a millisecond,” Ali said. “So, changing the pitch of a hi-hat, which is an important part of a beat, would be too drastic. He would listen to it and shut it right the fuck off and say, ‘I don’t like this.’”

He played Roddy’s bare vocals without any effects, tantamount to stripping an artist naked, and Roddy’s untouched voice sounds punchy but not as big as it does in the final version. We heard the song with everything muted except the face-smacking 808 bass as Ali tweaked the sound levels to demonstrate how parallel compression allows him to experiment with using the Voice of God plugin to beef up the 808 without irrevocably altering the original track. Ali explained how to make a song like "The Box" with only five sounds—808, snare, two hi-hats and a sample—sound bigger by understanding sound spectrums and “how to drop the bass in that mix so that it’s the most prominent part of your mix.”

In the reference track, you can hear “The Box” co-producer 30 Roc’s “30, you a motherfucking fool” producer tag, voiced by Lil Yachty, in the intro of the song. That’s nowhere to be found on Ali’s mix or the mastered version, thanks to the song’s engineer. “I’m not a fan of [producer] tags. I got producers that want to fade me all of the time. It’s all good,” he says.

Early in the workshop, Ali bemoaned about his reputation for creative sound effects leading to people hovering over him in a studio session anxiously awaiting the magic moment when Ali takes a song to the next level. That moment doesn’t come in every session, but something happened in the workshop that exists on the border between magic and machinery. With the multitrack session of “The Box” being shown on four projectors and the computer screens on each desk, Ali went behind the computer controlling it all and went to work.

He pulled up plugins Kramer Master Tape and Decapitator. In a matter of seconds and tweaks, Roddy’s voice transmogrified into the distorted and demonic doubled vocal style that has popularized Kendrick Lamar’s song. In effect, Ali was able to engineer the abstractness of Kendrick Lamar onto Roddy Ricch’s “The Box,” mainly because Ali was the one behind both. 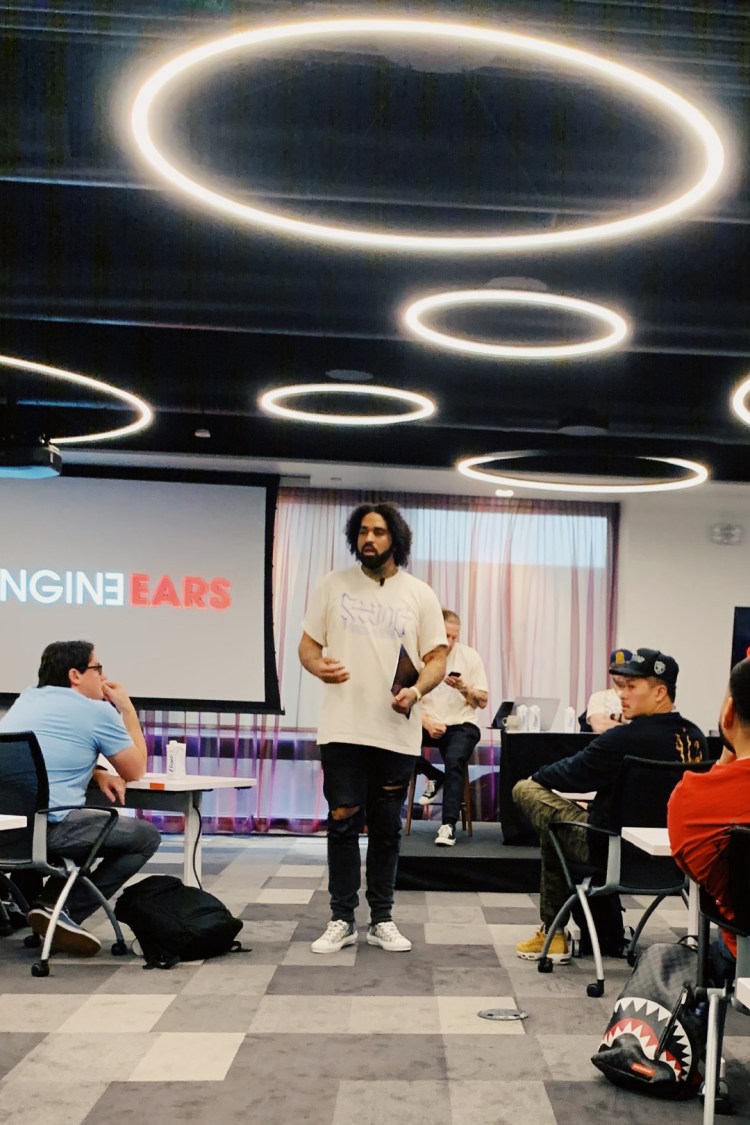 Roddy Ricch’s “The Box” means more to Ali than a check and song credit. He’s only 30 years old, but in rap years, he’s an O.G. He still mixes all his records on the gigantic SSL boards of yesteryear and prefers analog because “there’s just a certain texture you cannot duplicate.” He makes sure his mixes are pristine and clear, like Dr. Dre taught him. Before he engineered the biggest song of 2020, so far, people were telling him his mixes were trash and didn’t fit the current sound of hip-hop that leans toward distortion over clarity. Ali quickly was whisked away to an existential crisis due to the indomitable winds of change.

“I would say 2017-2018 was the hardest year mixing-wise because I was used to the fundamentals Dre taught me when it comes to the clarity and the way the drums hit,” Ali remembered. “I’m mixing the newest Soundcloud artists coming up, and they’re like, ‘The mix is too clean.’ You have to understand where music is at and adapt.”

The eyes of many in attendance incredulously widened when they learned anyone with ears could call a mix from Ali trash. But a random appearance from Grammy Award-winning engineer Fabian Marasciullo let everyone know that listeners aren’t the same. The man who has mixed every piece of music Lil Wayne has put out for more than 15 years remembers how Nelly Furtado’s Timbaland-produced 2006 single “Promiscuous” was the first Timbaland record he remembers that had no bass. As a result, he asserted that the song ushered in a trend of songs with no bass that didn’t need to sound big and round and could be narrow and loud.

“Listen to ‘A Milli.’ That’s the illest 808, no disrespect. It’s all bass, snare and vocals. It would come on in the club and hurt everybody’s feelings,” Mariscullo said. “Now, it’s not as loud to the ear as other records. Can we mix records like that anymore? No.”

Ali has learned how to adapt to the sound of today while not entirely abandoning yesterday. He’s now working with a mastering engineer, who “understands the new low end and bass that the new rappers come out with.” Before the workshop ended, Ali and the rest of the Engine Ears team made sure everyone went home with hundreds of dollars in plugins. Afterward, everyone was able to spend one-on-one time with Ali to continue picking his brain.

Throughout the workshop, Ali made a conscious point to hammer home the belief that there are no more rules in modern mixing. Rappers can record a song in their bedroom, upload it to streaming platforms and blow up overnight, without ever having their music professionally mixed. Even in these DIY times, Ali still believes this one rule Dre taught him is immutable and the core of every engineer’s value.

“It’s not what you’re working on—it’s who’s pressing the buttons.”