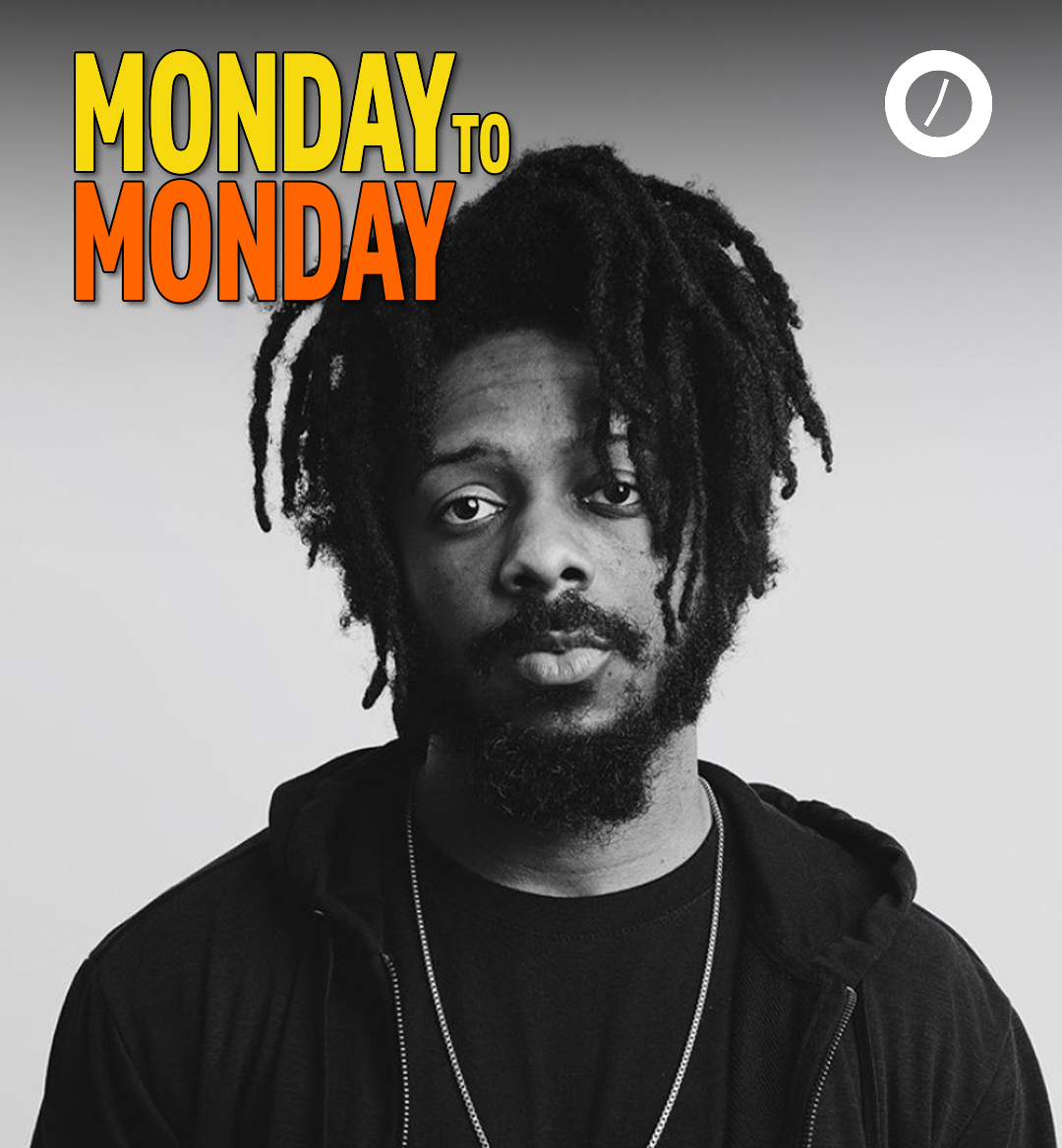 Atlanta has always been a force to be reckoned with in the music industry, but over the last ten years, ATL has really seen a surge, with several of the decade's biggest acts (Migos, 2Chainz, and Future for example) consistently dominating the charts. Simply put, if you’re representing the A, people know that you are a serious force. With his new project So, What Now out on all platforms, Georgia native Cantrell is up next.

Introduced to music through this home and jam skating (a competitive type of roller skating that incorporates dance routines and gymnastics), Cantrell discovered his love for MCs and rapping with his family, and through competing. 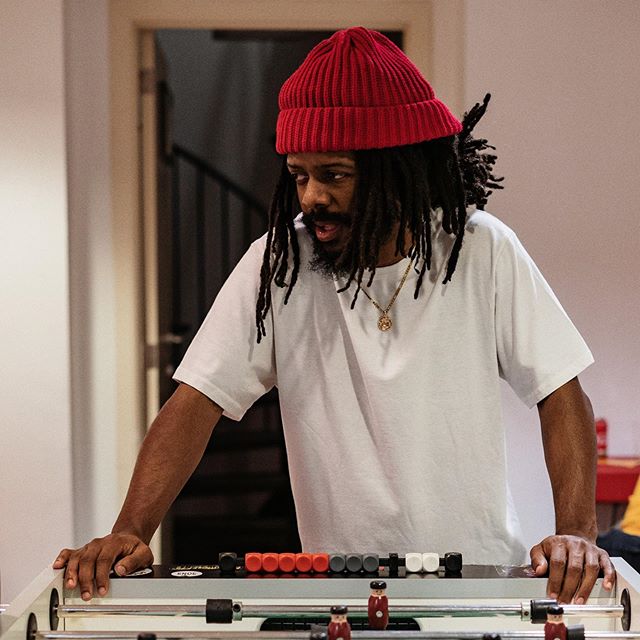 “I was born in Sylvester, Georgia, raised in Albany in a single parent household. As a kid I would sneak through my mom’s music and listen to it. I always had a passion for music, and I started recording when I was 15. I was rapping in college—my first show was on campus. I’ve been taking it seriously ever since I started. As far as jam skating, it really allowed me to become more diverse in my music choices. It allowed me to be introduced to EDM, and I discovered a lot of old school Hip-Hop records that way. Competing paid some of the bills too.”

After many years of paying his dues and grinding through the industry, Cantrell has just released his new album entitled So, What Now, a reflective project highlighting truth and triumph. The project was a long time coming for the artist, inspired by a year long journey where he had to dig deep within himself.

“I thought it would be interesting to title it So, What Now because you don’t really see people putting questions in titles like that. With me, I always go for it. When everybody else is going left, I’m going right. With this one, it was based off of everything I had to fight through last year. There were a lot of people that had a lot of things to say, and I kinda got lost in that. I had to get back to myself, and the whole album is just posing questions and discovering the answers to those questions as it goes on.” 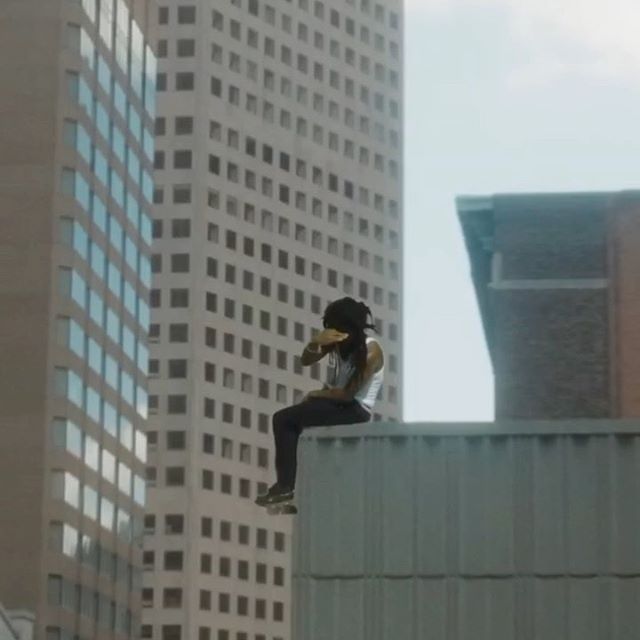 To go along with the theme of triumphing through hardships, the album's artwork also details a journey of perseverance.

“The artwork is layered, and with my song ‘Crown Me,’ the single is an interpretation of the Story of David. So I wanted to reintroduce this project sort of as David carrying his flock, or however you want to interpret it. I wanted to show David fighting Goliath, and overcoming his battles. David has a lot in his story, and I saw a little of myself in David. I found my story in David. So with this album, I wanted to share the tapestry, I wanted to share my interpretation of the peacock symbolism. I know people have their different ideas of what the Peacock means to them, but I wanted to show people mine. The actual cover is a picture frame on the wall of a Peacock, and I wanted to find different ways to attack everything I was battling.”

In the words of the legend Prince, we are all trying to get through this “thing called life.” The journey of life includes various ups and downs, but for Cantrell, the key was shifting his perspective.

“Sometimes when you are so tied into your emotions, you forget the bigger picture. You have to shift your perspective so you can get through it. It may be hard, but you can definitely do it. The gem in the journey is that you come out of those experiences with more wealth. So I had to change my perspective, and realize that I had to change the way I was viewing it. If you are driving a car in the fog and you can’t see, are you going to sit there? Or are you going to figure it out? So you have to find the solution.”

Songs like ‘Runnin’ tap into the inner work and self-reflection that goes into tackling those challenges. With ‘Runnin,’ Cantrell procrastinated making the song, waiting until producer David Luke pushed him into doing it. The record has resonated with a lot of people, in particular men who have battled similar challenges.

“It’s interesting because my producer David Luke pointed out to me that there were a lot of males gravitating towards the record. The song is a revelation, and the whole project tells a story. By the time I got to recording ‘running,’ Luke told me that I had to do it. I wasn’t ready, I was literally running from ‘running.’ But I knew that I had to face it head on, so I started a voice note, and when I was recording, everything just started flowing. The song essentially wrote itself.”

Connecting with your audience can be difficult, yet Cantrell has been able to do it. His passion and grit certainly hasn’t gone unnoticed drawing praise from fans, critics, and even the legend Nas, who made it a point to tell Cantrell’s mother that he was special.

“Nas told my mom that I got it. Not me, but my mom. He let my mom know how talented I was. You know Nas is Hip-Hop royalty, and we all look up to him. It’s all love. There aren't a lot of people out there that can say that Nas told their mother that they were special.”

With the success of So, What Now, many people are wondering what’s next on the agenda for Cantrell. According to the artist, big things are on the way.

“I’m definitely going to keep the pressure on. Whatever that may look like. I will say that we are looking at the possibility of trying to get another project out this year. Now my music is for me. Now I really want to record, and I really want to be in the studio. I want to walk in my purpose.

With this project I feel amazing. It was my first real independent release, and I feel like we’ve already won. We set out to do something we did. People are happy, my family is happy, and I’m happy. People are gravitating towards the project, and that’s a bonus. Waking up every morning is a blessing, everything else is a bonus. There’s no rage, and no more agitation. I’m completely happy. “

The success is more than deserved for the man who was once “overlooked and underbooked.”