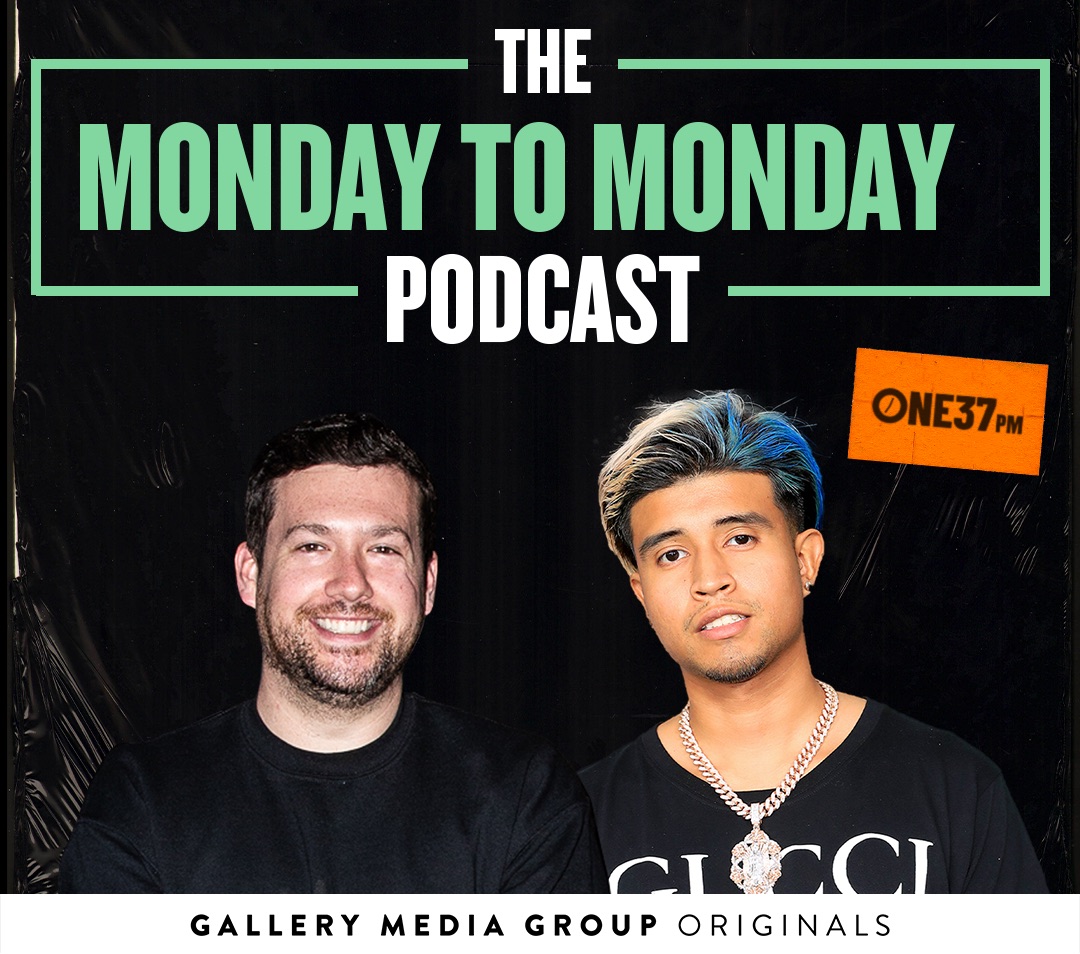 On this week’s episode of our podcast Monday to Monday, host Mike Boyd chats with Atlanta rapper/singer Kap G. They cover a lot of ground this week, discussing Kap G’s commitment to raising up the voice of the immigrant community, what he’s learned from his close work with Pharrell and his upcoming project, Frida Homies.

They begin the interview talking about Kap G’s experience growing up on the southside of Atlanta. He and his family moved from California to Atlanta when he was young, and he was one of the only Mexican immigrants living in his neighborhood. “Nothing ever stopped me. I think that made me the person I am. I always realized that I was just different. Different from everybody. And instead of pushing that away, I just embraced it. And that’s how I am now,” he reflects on his time growing up in College Park, Georgia.

Kap G goes on to discuss his upcoming project, titled Frida Homies. He shares with Boyd the impetus for the project: “Free the Mexican people. Because right now, they’re in need. They need us right now. It’s kids, y’know in these ICE camps getting separated from their parents. Stuff that’s been going on. People getting deported back to Mexico. People coming here just for the American Dream. It’s just so much stuff. Stuff since I’ve been little, that I could relate to. That I’ve seen.” He adds: “I feel like, we in 2020. It’s the perfect time just to talk about it. Somebody needs to say something about it.”

As a public figure, he’s in a unique position to speak up for the immigrant community, and he takes the responsibility seriously. “Now, like, I been in the game for a minute and I see how kids, how fans look up to me. And it just let me know like, y’know, I gotta speak up for my peoples,” he says.

Kap G and Mike also spend a bit of time talking about what it’s like to work with Pharrell Williams. “I’ve seen him, you know, be the most… I don’t know, just the strongest man in the room, and he still treats—you know, he treats the janitor with the same respect as the CEO. I respect him for that,” he says of the superstar. Mike asks him what he’s learned from Pharrell, to which he thoughtfully responds: “Just stay working, stay humble. Work smart. That man is a genius. He got so much success and I see why, like just being around him. How he hears music. He stays in the studio. He stays locked in. He’s consistent.”

In typical Monday to Monday fashion, Mike and Kap G talk about some of the artist’s favorite songs from his discography. Gary Vee loves “Marvelous Day,” and so Kap spends a bit of time discussing the development of that track. Mike asks Kap G for his favorite release, and he responds with an older track from 2013. “For me, I would probably say ‘Tatted Like Amigos.’” He goes on to say, “Now, I feel like I’ve grown a lot, I know a lot about the game now. But I just made that song, I wasn’t trying to make no hit or nothing, I just made a song. I thought it was something cool to me at the time. And I made it, got Sosa on it, and it just started going crazy. And I feel like that just a classic.”

During quarantine, Kap G is spending most of his time working out, and believes that a commitment to physical health is a good strategy for staying sharp. “I think working out is good for health, y’know what I’m saying, and even just your mind. It makes you not want to be lazy,” he says. “I’m a come out like the Rock.”

If you loved this episode and want to hear Mike chat with more rappers, singers, managers and producers, make sure to check out last week’s episode, when he spoke with legendary DJ OG Ron C.

Kap G Quarantine Facetime
Slide 1 of 3
Did you like this article?