“Being present and showing face is like 80% of the hustle” 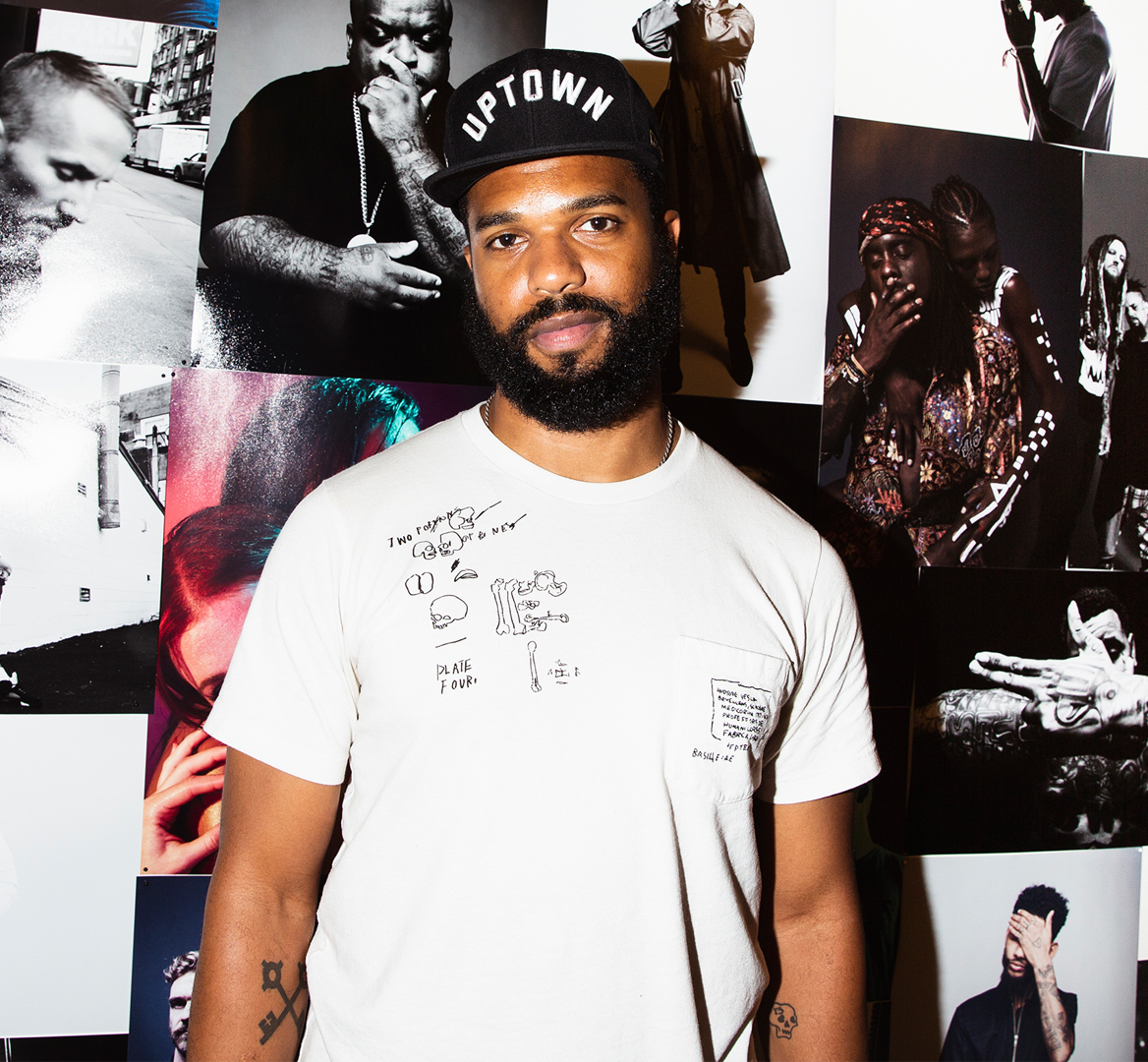 You’ve definitely laid eyes on Nicky Chulo’s artwork. He’s the graphic designer behind the cover art for such musicians as Kodak Black, GoldLink, Kiiara and Jon Bellion. He designed the cover art for Cardi B’s Invasion of Privacy, which helped her become the first solo female rapper to win Best Rap Album at the Grammy Awards. And he’s even released three pairs of shoes for Nike.

Born Nicholas Fulcher before becoming Nicky Chulo, he attended Savannah College of Art and Design, where he perfected his graphic design skills. Now the 28-year-old designer is working as an art director at Atlantic Records. 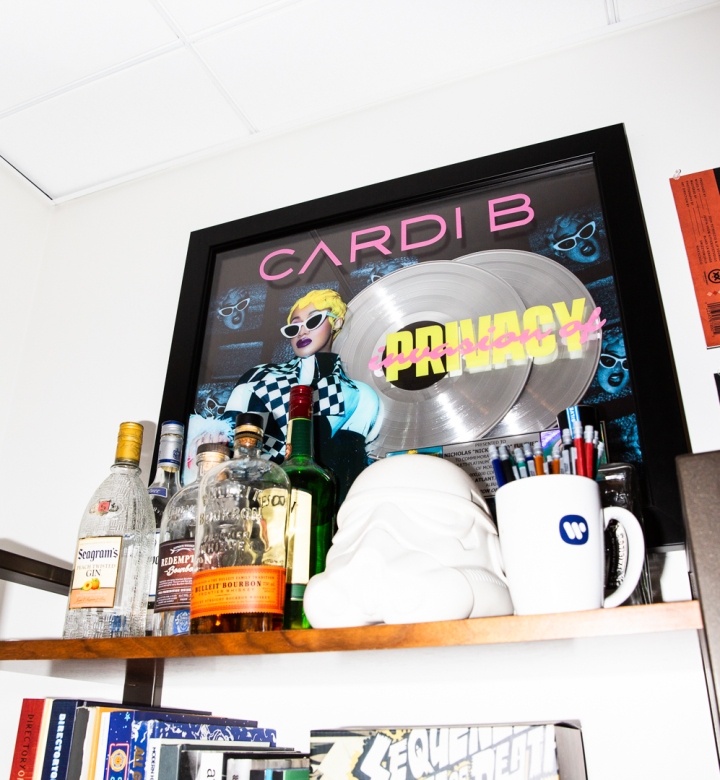 Walking into his private office space in New York City, you’ll find a mural of album covers he’s worked on, Polaroid photos of his posse and a huge printed photo of Naomi Campbell. He prompts anyone who steps foot into the room to autograph a canvas, which is now signed by musicians, friends and media professionals. His inviting aura makes an interview feel like catching up with an old friend. ONE37pm sat down with him to talk about his breakthrough in the music industry, his favorite album art and more.

This interview has been lightly edited/arranged for clarity.

Where did the nickname Nicky Chulo come from?

Nicky Chulo: Well, Nicky is short for my first name, Nicholas, and Chulo was a name my friends would give me because I was smooth with the ladies. It refers to someone who is confident, attractive or cool. Like papi chulo.

Tell us about your contributions to Cardi B’s Invasion Of Privacy.

Nicky Chulo: Because it was such a big project, it touched my hands last. I wasn’t involved in a lot of the process when it came to the album shoot because they had a lot of money to blow. There wasn’t really a plan, and the outfit they had for her didn’t fit anymore because she was pregnant, so they went with the checkered outfit instead and it ended up working. So because I’m the art director, I kinda go in and make sure everything works. If we need to add type here, if we need merch, etc. Everything that is involved with the cover of the album visually—vinyl, CDs, you name it. So I came in and did kinda like a TV texture, it’s very subtle, then added her name and Invasion of Privacy in two different fonts.

So what’s been your most exciting project to work on? Was it Cardi’s?

Nicky Chulo: Cardi’s got the most recognition and got me a lot of looks. I even got a whole plaque for it. To date, it’s Sebastian Mikael and working with Jon Bellion, because they’ve been the most super talented but super humble and you don’t feel like you’re on a different tier than them. They don’t make you feel like you’re an outsider. They were very involved and hands-on when it came to working with me and all that good stuff. 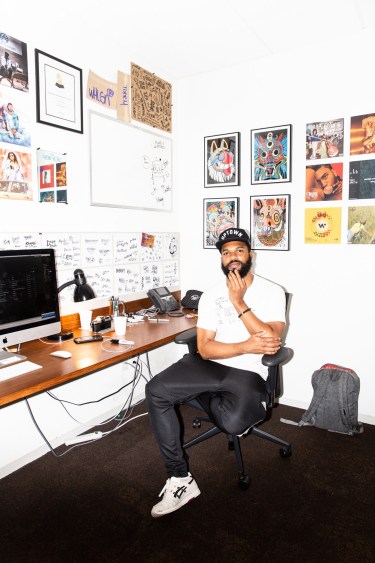 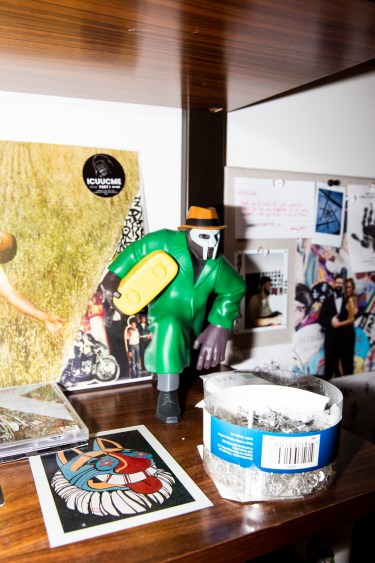 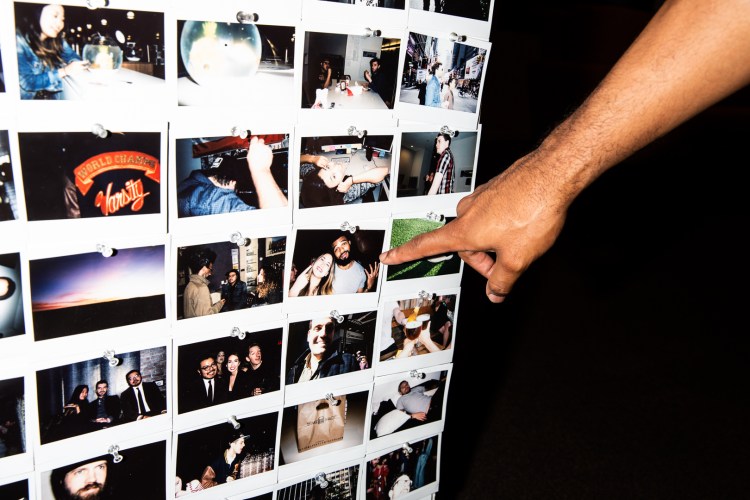 Nicky Chulo: I want to do more personal work, because I did this collaboration with Nike and this partnership with Cultivator and I released three Nike shoes and it just did so well. I had no idea that people supported me on that kind of level. When it dropped and I sold 99 pairs of shoes in the span of a week, that experience was very eye-opening for me. I don’t always have to create in the name of other people.

What are your top three favorite album cover arts?

Nicky Chulo: Linkin Park and Jay-Z’s Collision Course was the one that got me into graphic design in general because it was one of my first CD purchases. The Gorillaz’s Demon Days. And JMSN’s Priscilla. I just never forgot it. I was living in Atlanta, on my own, in a long-distance relationship, and that cover was just very dark and chilling and played a really interesting role in my life.

What are you working on right now?

Nicky Chulo: A lot of people have reached out to me for talks. Next month I’m speaking at the READI Music Conference in Hartford, Connecticut. In terms of cover art, we’re working on Sabrina Claudio and Kevin Gates right now. 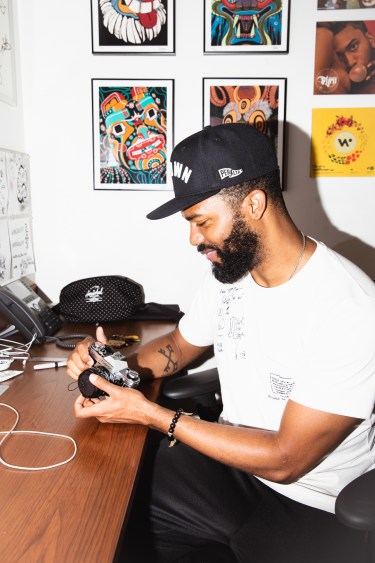 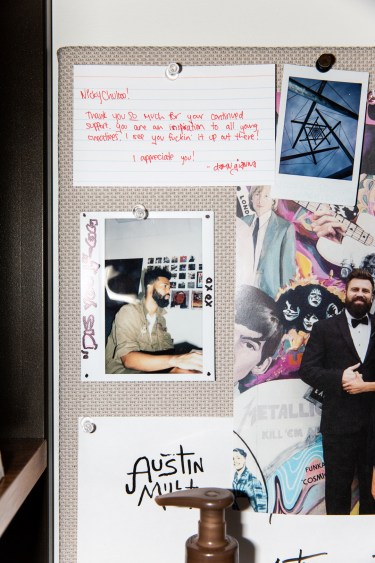 What’s your typical strategy for production? Does it help to listen to a project beforehand? Or do you take creative direction from the music artists themselves?

Nicky Chulo: I like to listen to the album. Sometimes that won’t happen, and I have to get background info like what’s the concept of the album, what’s the title, what do you have in mind? Because sometimes the album isn’t done and they don’t want to share an unfinished product, and I respect them for that. No matter what idea they shoot my way, I can shape and form it to make it work visually and give listener an idea of what they’re about to get into.

So how do your collaborations even work? Do you pick the gig or do you get assigned? Or does the artist request you?

Nicky Chulo: I’ve been around a few circles in the music industry where I already know some people who are getting signed or coming into the label. On the label side of things, some people request me and then other people just get assigned to me. It just depends and can come from either angle—a personal relationship or getting assigned that artist. But if my heart’s not in it, I’m not taking part, no matter how much money you’re paying me.

Where does your background in graphic design hail from?

Nicky Chulo: At first I was kind of self-taught, and then in high school they had an accelerated graphic design program that gave me a basic understanding very early on. In the music space, we had a kid at my school who rapped and I did his mixtape cover and that was what made me realize, Alright, I kinda like this. Of course, I thought my concept and the final project was great. He didn’t really like the cover, but it was still something I held dear. 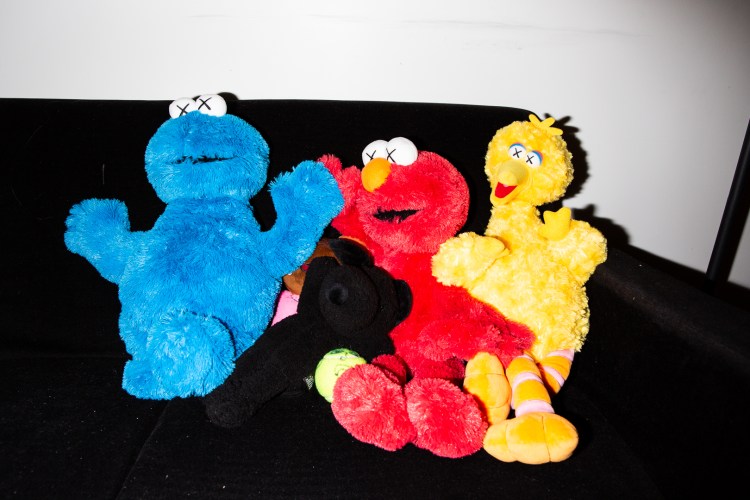 What were you doing before you were a full-time artist?

Nicky Chulo: I was always freelancing, even when I worked retail in high school. I wasn’t good, but it was something I loved, so I always did it. Then I went to college, kept freelancing and my first official graphic design job was Stag&Hare, an agency in Soho [in NYC]. I got hired there through a staffing agency that was taking a huge part of my check. I was making like $20 or $25 an hour. To me, as a young kid, I was like “I’m balling on everybody.” Then I went on to Revolt and Cogent Entertainment Marketing, and now I’m at Atlantic as an art director. It’s the first title change I’ve gotten.

Who are your influences in the graphic design world?

Nicky Chulo: My first influence was 123KLAN; they’re a husband-and-wife graffiti duo from Canada, and they make the most poppy, sporty, retro-looking, clean work you’ve ever seen. This other dude, Piet Parra from the Netherlands—he’s very wordy and swanky. I don’t really know how to put it into words, but he just has a really good appeal.

I was always on the ground, it was never an email or phone call type of situation. Being present and showing face is like 80% of the hustle.

What’s the most surprising part about your job that you think people don’t know?

Nicky Chulo: It’s a lot more than it looks. On Instagram, I just post the covers, I don’t post everything that I design. Like you have the entire vinyl, inside and outside. There’s just a whole bunch of stuff that goes into it, like shoots, making sure everyone gets there on time and catering for these shoots. Sometimes we hire illustrators and have to make sure they get paid on time and make sure they’re happy, so that’s where the director position comes in. Basically, I have to make sure that everyone gets what they need to complete the task at hand. So in reality, even if I wasn’t a graphic designer, my job is to connect the dots.

What advice would you give to designers or artists who want to do what you’re doing?

Nicky Chulo: When I was early in my career, before I even got in this building, I was at a lot of shows, meeting a lot of people: managers, PR people, the artists themselves. I was always on the ground, it was never an email or phone call type of situation. Being present and showing face is like 80% of the hustle. It’s best to be social and get out there and meet the people that are doing the work.