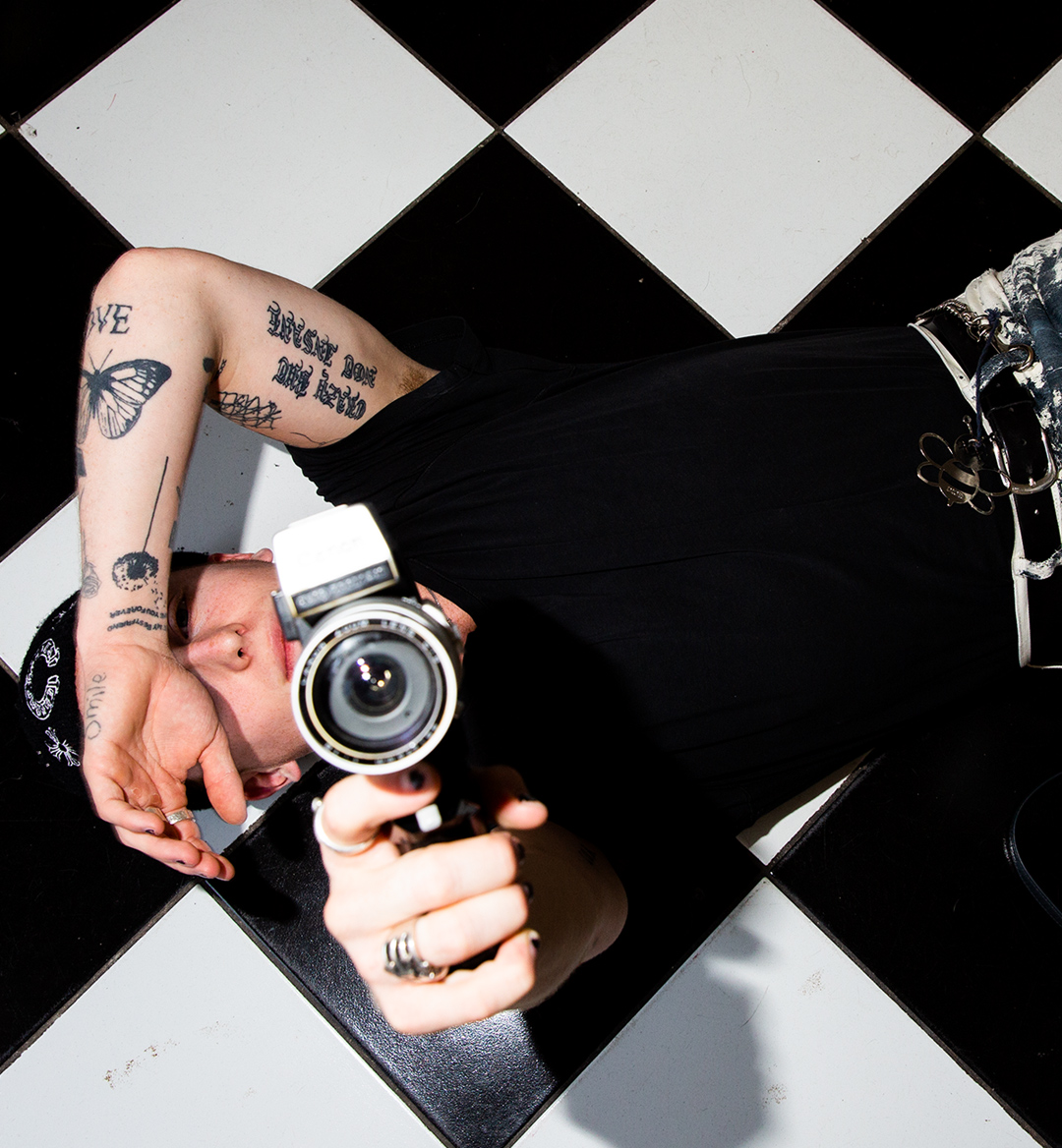 These are moments when he feels something click—when he’s reached a massive milestone that has surpassed his wildest expectations. He felt it on the set while shooting for Tommy Hilfiger. He felt it when the Dolan Twins invited him to travel the world as their personal tour photographer, solidifying his decision to drop out of high school. And at just 20 years old, Dameshek’s future “oh shit” moments are seemingly limitless.

In his young but prolific career, the California-bred photographer has established himself as a force to be reckoned with in the youth culture photography industry. He’s shot the likes of Sofia Richie, Shawn Mendes and Halsey, and worked on campaigns for top-tier brands including Bebe, Frankies Bikinis and Tommy Hilfiger. 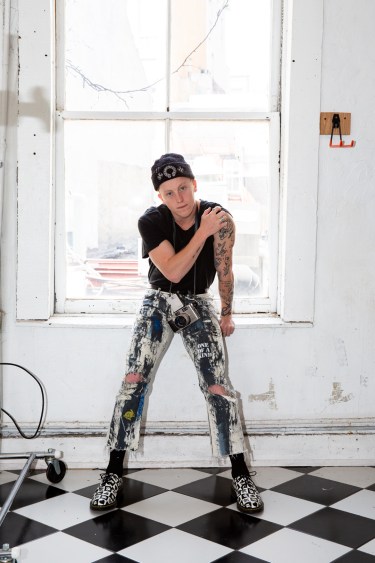 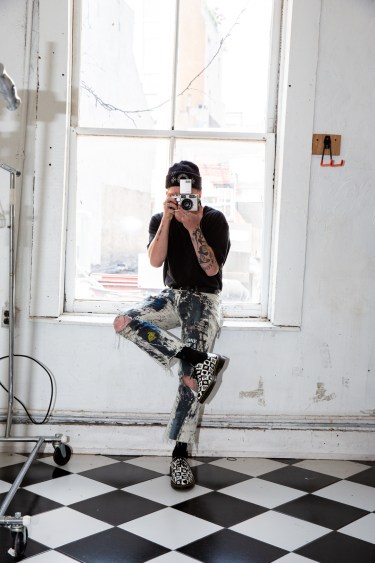 His passion was born not out of divine inspiration or parental encouragement but rather boredom. Sitting in his room one day, he stacked skateboard wheels on top of one another, constructing a makeshift sculpture, perhaps as a homage to his skater roots. He grabbed a Canon T3i from Costco and started taking shots.

“I just remember being so fascinated with depth of field and controlling the shutter and all of that, and it instantly just sparked this crazy fascination in me,” Dameshek told ONE37pm. He started taking photos at the local skate park, trading his pipe dream of professional skateboarding for this newfound love. He watched YouTube videos to learn how to use his camera, answer his own questions and master techniques. Every day after school, Dameshek would take random photos and post them on his old Instagram account in hopes of impressing his peers with a “really artsy, cool Instagram that played into my hopeless romantic, edgy teen side.”

But his overwhelming passion for photography had the opposite effect on his social status at school. “All the kids were really, really, really mean to me because I had something I loved, and that makes other teenagers insecure for whatever the fucking reason. Never will understand that, but it’s true ten out of ten times,” he said.

Photography class should have been his safe haven, but he clashed incessantly with a teacher who he felt stifled creative ambitions. When Dameshek would edit his photos taken outside of class—say, from a weekend at Coachella—the two would erupt into a heated argument. Today, his Instagram bio boasts, “I failed photography in high school.” In truth, Dameshek dropped the class before the end of the term but not before establishing one of his life’s mottos.

“I don’t think you can teach art, and it’s pretty clear that there’s not a right or wrong way to be a photographer,” Dameshek said. “Photography is your vision, and it’s growing that vision and feeding it, inspiring it so that you’re constantly growing.”

His gigs started small. He photographed models for his town’s hat company for $100 and racked up $500 from a wedding shoot, which he used to buy a new disposable camera and concert tickets. Milestone by milestone, Dameshek said he found success by being “authentic, a good fucking human being and always having a camera.”

He describes networking as a spider web: It’s a constantly expanding network of connections forged in even the simplest social scenarios. He met social media star and model Jay Alvarrez at a party in Hollywood when he overheard Alvarrez ask his friend to take a photo of him. Dameshek stepped up to the plate and took the picture instead, demonstrating an undeniable skill set. The two ended up having a shoot at a skate park and became fast friends. “Instantly, they realize you’re not full of shit and you have something to incentivize [them] to want more of these.” 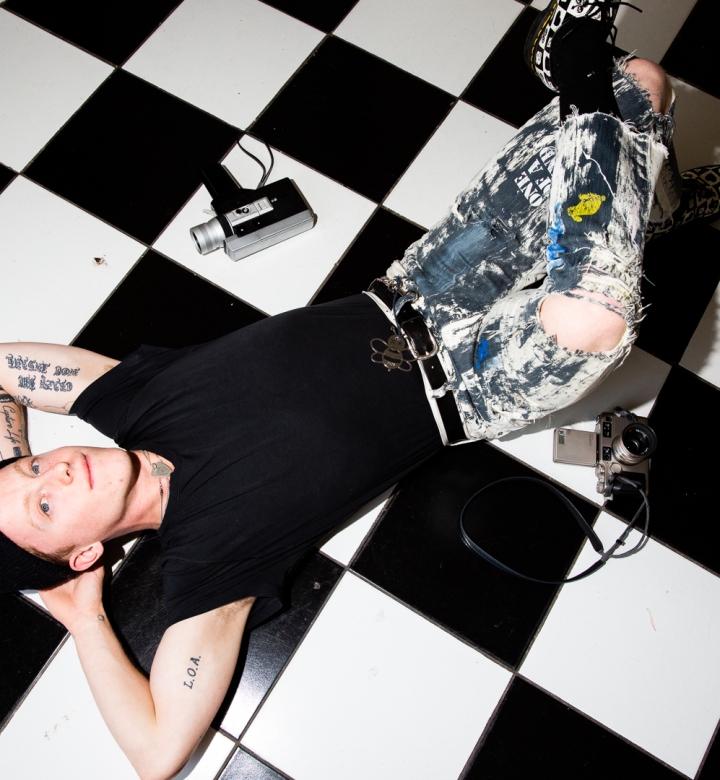 While Dameshek has made crucial career moves on his own, he’s also found power in the pack. Videographer Connor Brashier and Dameshek grew up together and made a pact early on to support each other. When Dameshek gets a big gig, he does everything in his power to bring Brashier along for the ride and vice versa. When Brashier landed a deal with Shawn Mendes, Dameshek came to shoot behind-the-scenes photos.

Fast-forward to now: Dameshek has shot Mendes on tour and become close friends with the chart-topping pop star. Mendes enjoys taking photos himself, so Dameshek gave Mendes a film camera of his own while on tour. He emphasized the importance of the trust he shares with Mendes and strives to create with his subjects.

“As a photographer you have the ability to portray somebody publicly, and that can be a very good thing or a bad thing,” Dameshek said.

Far from the novice photographer stacking skateboard wheels in his room, the Dameshek of 2019 shoots with a Contax G2 and continues to add more clout to his already-dazzling portfolio. Reflecting on his photography inspirations (Cameron Hammond, Jason Lee Parry and Theo Wenner), he says versatility separates the good photographers from the greats.

“I just think that’s so impressive—staying true to yourself and having work that’s very recognizable, yet doing it in multiple different capacities,” he said. “I think that’s a great photographer.”

Dameshek dreams of seeing his work grace magazines like Vogue and Playboy. He wants to continue to make larger-than-life celebrity icons feel raw and human. He can see himself touring with someone like Justin Bieber, going behind the scenes of the Met Gala or Fashion Week, or traveling the world with Diplo (maybe “Mykonos or Ibiza”). 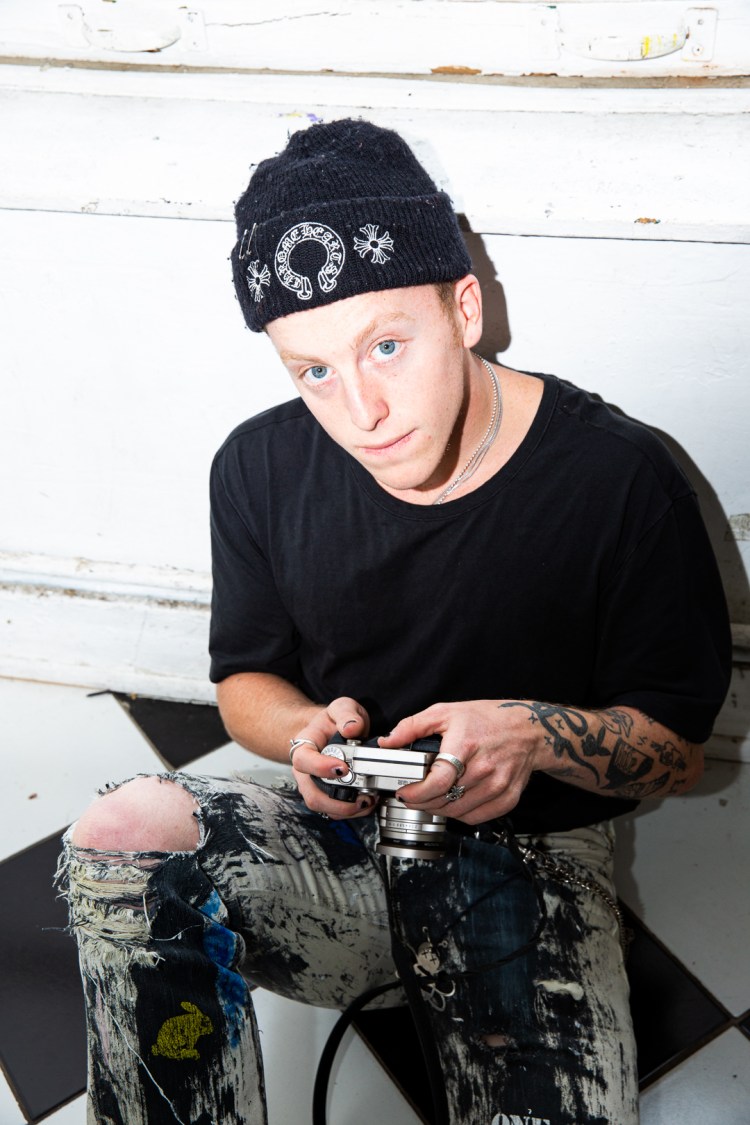 And that just scratches the surface. Dameshek wants to eventually expand beyond photography and into directing roles, but he’s not rushing his own evolution. If he’s going to do something, he’s going to do it right.

“I just want to wait until I’m ready and can really just go out the gate with a fucking bang.”

Read Next: 10 Music Biopics to Add to Your Must-Watch List

Read Next: ‘Shaft’ Style Evolution Over the Years: Then vs. Now