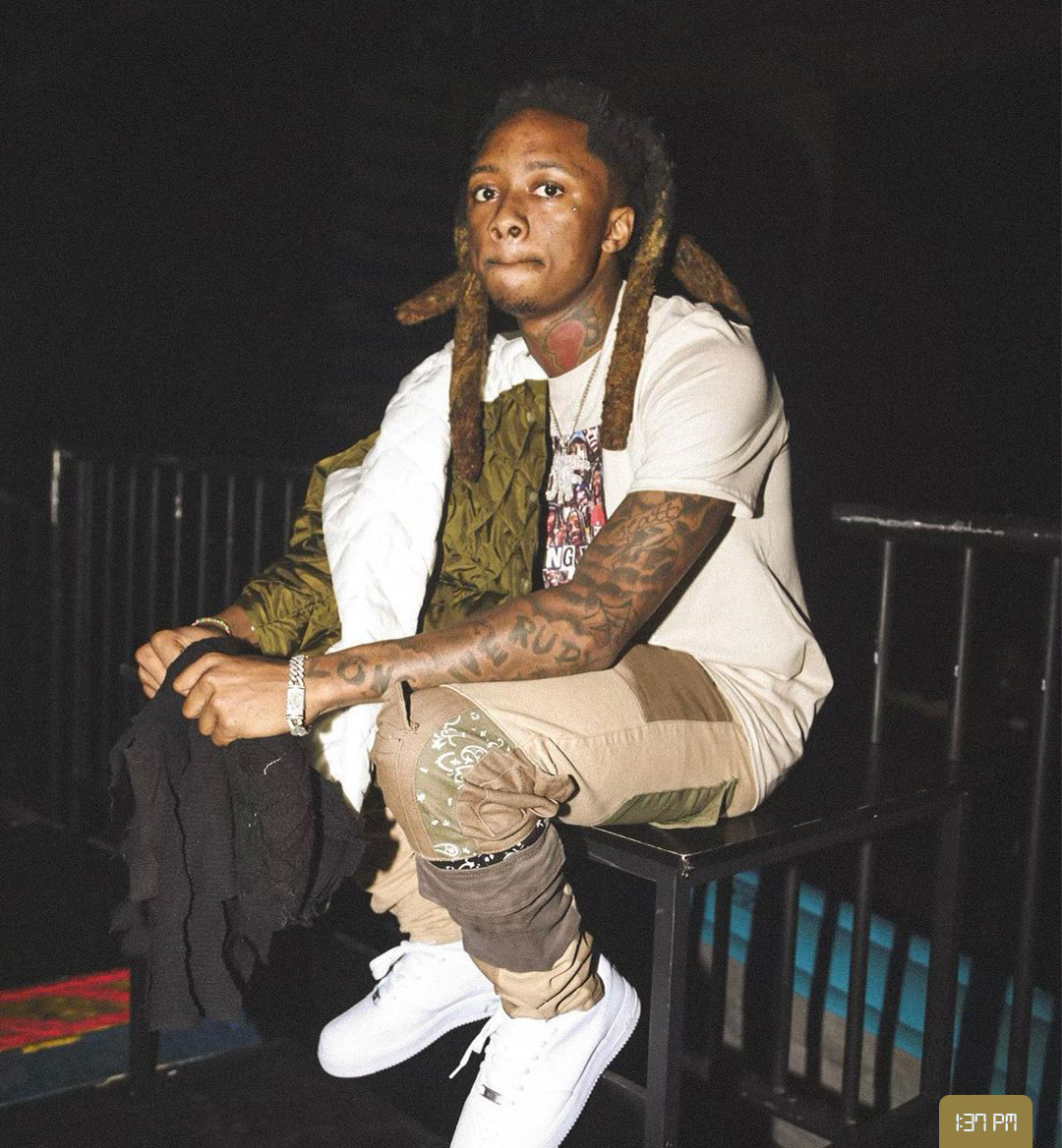 Atlanta-based Slimelife Shawty is a buzzing artist who has been putting out hometown hits such as “Don’t Worry (Clappers),” “Dying 2 Hit’em,” and “No Brakes.” In 2018, Slimelife released his first single, “Say Something,” and hasn’t looked back. Since then, Slimelife has worked to the point that he now is working alongside Lil Durk and even performed at The Back Outside Tour at the Barclays Center in Brooklyn, New York, which features artists such as Lil Baby, Lil Durk, Coi Leray, and more.

Last week, Slimelife Shawty dropped his latest album Better Living. The project boasts fourteen songs with features from Lil Durk, Future, Nardowick, and Jackboy. On Slimelife’s song “Old Times” with Future, he raps over an emotion-filled beat with an electric guitar and piano. In the song, Slimelife is rapping about his past experiences with an old love interest. Future reinforces this sentiment by keeping with the theme of the song.

The project’s opening track “Suit Me Up,” with Lil Durk, is a standout track from this album that shows off Slimelife Shawty’s talent and unlimited potential. Slimelife’s southern articulation singing on the song makes his vocals stand out on the track, and even Durk gets in on the action with a similar delivery style. In “Trenches,” you can hear Slimelife rap about overcoming and celebrating the struggles of growing up and surviving in his neighborhood. This piece is a must-listen on the album. Be sure to tune in to the entire project below!

The ONE37pm team sat down with Slimelife Shawty to talk all things music, Atlanta, and see what he thinks in our overrated/underrated series. Tune in below!

Additionally, we had Aaron (“The Don”) talk to Slimelife, and he kicks off the conversation by asking what his plans are, to which Slimelife notes that he is in the studio making a few tracks today. Aaron then talks about his latest album and asks where his inspiration comes from. He notes that it comes from personal experiences in his life. Slimelife then states that he has always wanted to make music, and one day he just felt that it was go-time. One of those moments was when he was on Lil Keed and Zack Slime Fr’s song “Blicky Blicky,” which quickly racked up over a million views, and that was the moment where he knew he had to go hard. Check out the track below!

Aaron then asks what his goals are with music. Slimelife Shawty says that he wants to be in the position to do whatever he wants in life. He further explains that there is always something to do and a lot of work to be done.

Don then asks Slimelife what video games he’s playing, with Slimelife stating that he’s really into Call of Duty right now. Following their conversation regarding video games, Slimelife is asked about which artists he’d like to collaborate with in the future. He says Rod Wave, Roddy Ricch, and Kodak Black are at the top of his list right now.

Don and Slimelife then shift the conversation to talk about their city of Atlanta. Next, they talk about chicken wings, with Don insisting that the town is known best for its wings.

Slimelife Shawty is an artist who has to be on your radar for the remainder of 2021 and 2022. Slimelife’s technical and vocal skills will set him apart from other artists for years to come. So be sure to tune in!

Answering Musician's Questions on the Monday To Monday Podcast