Once living room Jedis get through Respawn’s single-player epic, these games should spring up next 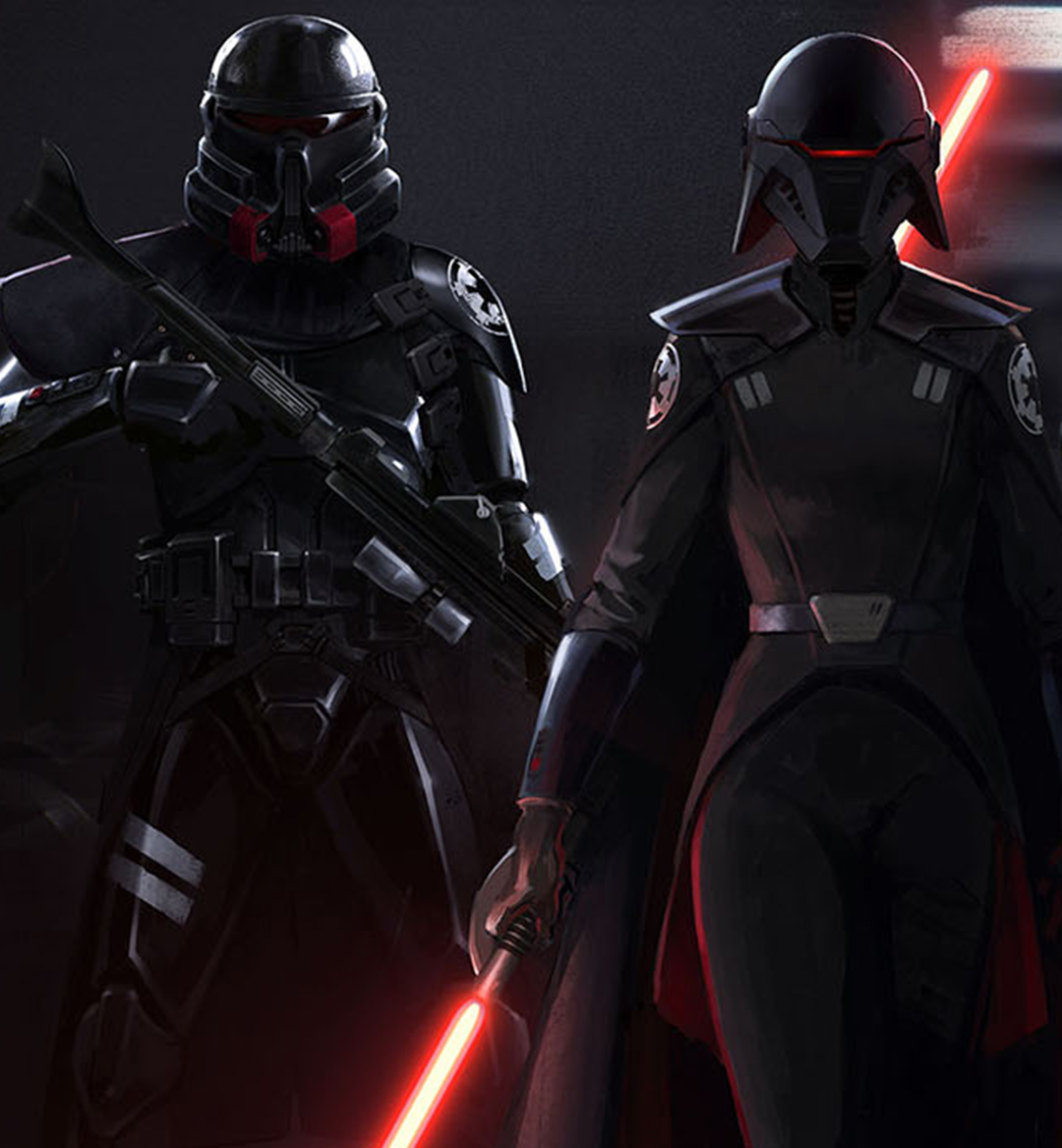 That famed galaxy far, far away is in the midst of another multimedia explosion. In theaters, moviegoers will be treated to the ninth episode in the long-running space saga with The Rise of Skywalker. Disney+ has its exclusive Star Wars series, The Mandalorian, which has attracted a rush of subscribers to the just-launched streaming service. And the developers behind the Titanfall series and Apex Legends are set to unleash Star Wars Jedi: Fallen Order, their latest spacefaring adventure.

Early impressions of the Fallen Order game have been overwhelmingly positive. That certainly comes as a shock, considering the blunders Electronic Arts, the publisher behind recent Star Wars games, has committed with the license. Speaking of Star Wars games, the launch issues that plagued Star Wars Battlefront II are now a thing of the past as a focused effort on delivering satisfying fan-service updates has transformed the multiplayer shooter into a product finally worth playing. EA may not be beloved by many in this current gaming age, but it looks like they’re set to earn themselves a win.

After Fallen Order gives rabid Star Wars fans the lightsaber-filled journey, EA needs to retain its goodwill and introduce more Star Wars experiences. Here are five amazing game concepts that would make the most sense and garner the most attention. If these games ever become a reality, they would join the list of standout Star Wars games historians regard as legendary. 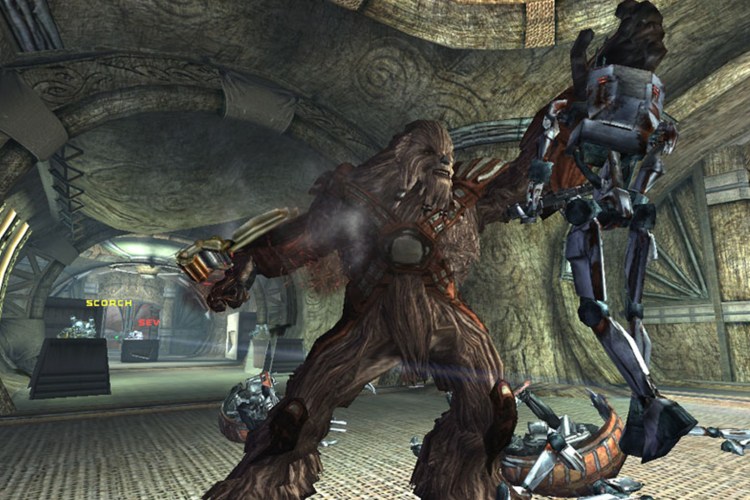 Back in the day when most publishers and developers were willing to take more creative risks, LucasArts used the Star Wars brand to create something unexpected: a tactical first-person shooter. That game was Republic Commando, a beloved title that’s still talked about fondly. It mashed together the mechanics the Rainbow Six series is known for with the lore set within the Clone Wars story arc.

As the lead commando of a group of top-ranking Clone Troopers, you and your three-person crew set out to complete several dangerous missions. And seeing them through to the end meant a whole lot of laser-blasting and intelligent squadmate orders being doled out. At one point, a sequel was in the works, and two stories were actually being debated about for the final product. But for some reason, the Republic Commando sequel fans were praying for never came to fruition. We’re in a time where online co-op shooters are now the norm, especially those of the more tactical kind. Now’s the perfect time to revive the Republic Commando title and introduce a new four-person squad to the expanded Star Wars universe in video game form. 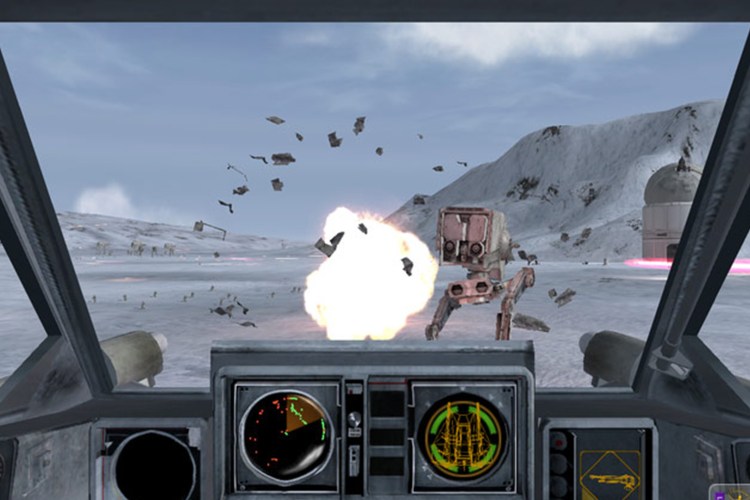 There’s a severe lack of combat flight simulators to enjoy nowadays. When the genre was in the midst of its golden age, the Rogue Squadron series was at the forefront of it all. The four titles that came to the Nintendo 64, Nintendo GameCube and PC courtesy were amazingly crafted action games that fulfilled everyone’s fantasy of becoming a space pilot. Hopping into the Millennium Falcon, an AT-ST and even a 1969 Buick Electra was possible thanks to the laser-filled skies the Rogue Squadron games threw players into.

Seeing as the entire franchise was a mainstay on the Nintendo consoles, it’d be awesome to see a new Rogue Squadron make its way over to the Nintendo Switch. Once the current episodic Star Wars saga meets its end, we’re sure fans would love to relive its most awe inspiring space-battles with a Joy-Con in hand. A space shooter that puts you in the driver’s seat of Kylo Ren’s TIE Silencer and a whole lot of spaceships that appear in the new films sounds inspiring. The flight sequences featured in the last two Battlefront games are the perfect foundation for a new Rogue Squadron. 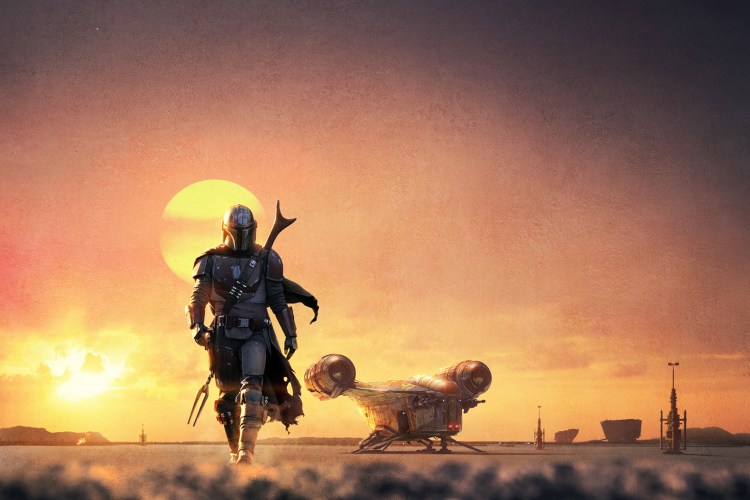 “The Mandalorian” on Disney+ / Disney

Anyone who is not living under a rock on Tatooine knows that a new Star Wars streaming series is going to dominate fan message boards all winter. Disney+ is host to the big-budget bounty hunter show known as The Mandalorian. Jango and Boba Fett have earned the ongoing fanfare they deserve thanks to their unabashed badassery and sweet-looking gear. The newest bounty hunter being introduced in 2019 looks and sounds like he’ll meet the high standards of those Star Wars luminaries.

With such a positive response to Disney+’s exclusive Star Wars streaming series, EA would be wise to get the ball rolling on an official video game adaptation. All that game has to do is realize the massive potential that was on display in 2002’s Star Wars: Bounty Hunter. While a litany of issues plagued that game, it still delivered on its promise of giving Jango Fett fans an action-packed shoot ’em up. The developers tasked with creating a game based on The Mandalorian would need to do three things to get it right:  improve the bounty-hunting system first seen in Bounty Hunter, throw in an original story worth exploring and ensure the laser-blasting gunplay is up to snuff. 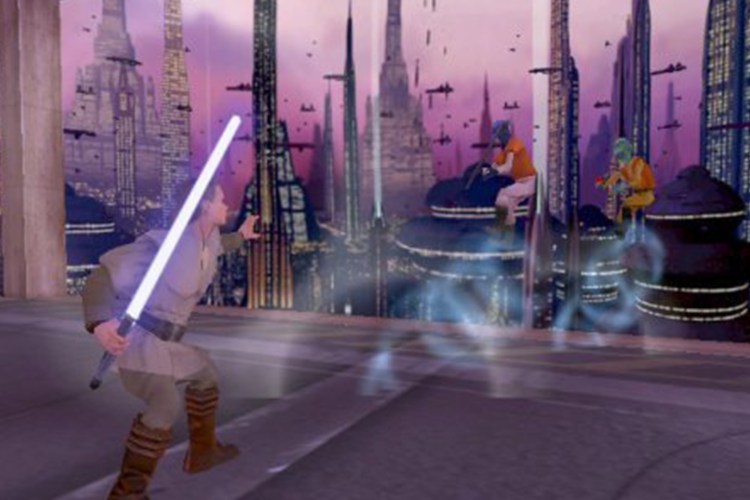 Disney+ isn’t just throwing a bounty hunter themed series onto its watchlist—it’s also planning to feature one based around a fan-favorite Jedi. Obi-Wan Kenobi (played by Ewan McGregor) is set to return in his very own series. There aren’t any official details on when and where this show will take place within the Star Wars canon, but it’s looking like McGregor’s inclusion points to the series covering the Jedi’s younger days.

In 2001, Star Wars: Obi-Wan for the OG Xbox was all about Qui-Gon Jinn’s powerful Padawan. And to be honest, it was a steaming hot pile of you know what. A proper reintroduction of Obi-Wan to the world of gaming is a must at this point. Seeing as how Fallen Order knows how to replicate lightsaber combat and the ways of The Force, we can envision a situation in which Respawn uses that game’s engine to give Obi-Wan a worthy game. We’d be more than happy to see this type of reboot cover Obi-Wan’s finest moments from Episode I up until his climactic final battle with Darth Vader in A New Hope.

5. ‘Knights of the Old Republic III’ 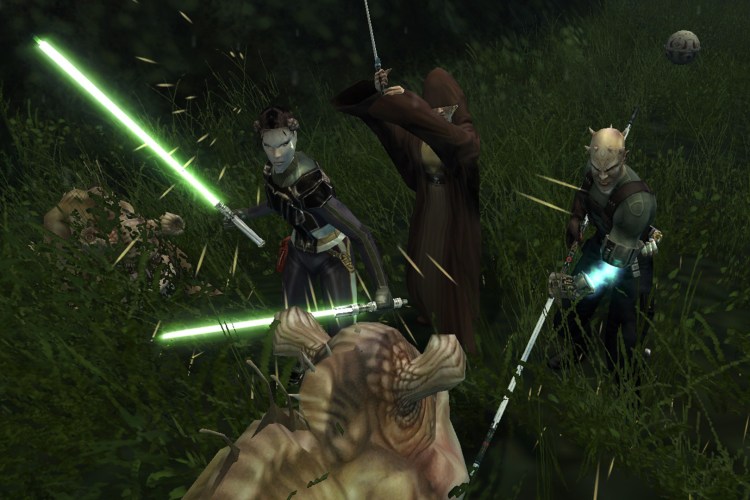 “Knights of the Old Republic II: The Sith” / Obsidian Entertainment

Knights of the Old Republic instantly brings to mind a flood of warm memories for anyone who played the first and second game. BioWare’s memorable Star Wars RPG introduced fans to a story never told before on the big screen and an experience that allowed them to follow their own path. Mention names like HK-47, Revan, Exile and Darth Nihilus to KOTOR fans and they’ll soak up your time with their favorite memories of each character. As for the gameplay, KOTOR’s turn-based combat and meaningful decision-making were extra noteworthy.

These days, BioWare is in a pretty bad state. The same can’t be said for developer Obsidian Entertainment, the studio responsible for Knights of the Old Republic II: The Sith Lords. With the success stemming from their 2019 release The Outer Worlds and their newest partnership with Xbox Game Studios, Obsidian is hotter than ever. What should they release next? The next chapter in the Knights of the Old Republic saga sounds about right. We want to live in a world where Microsoft’s Project Scarlett gives Star Wars fans the KOTOR sequel they’ve always wanted.