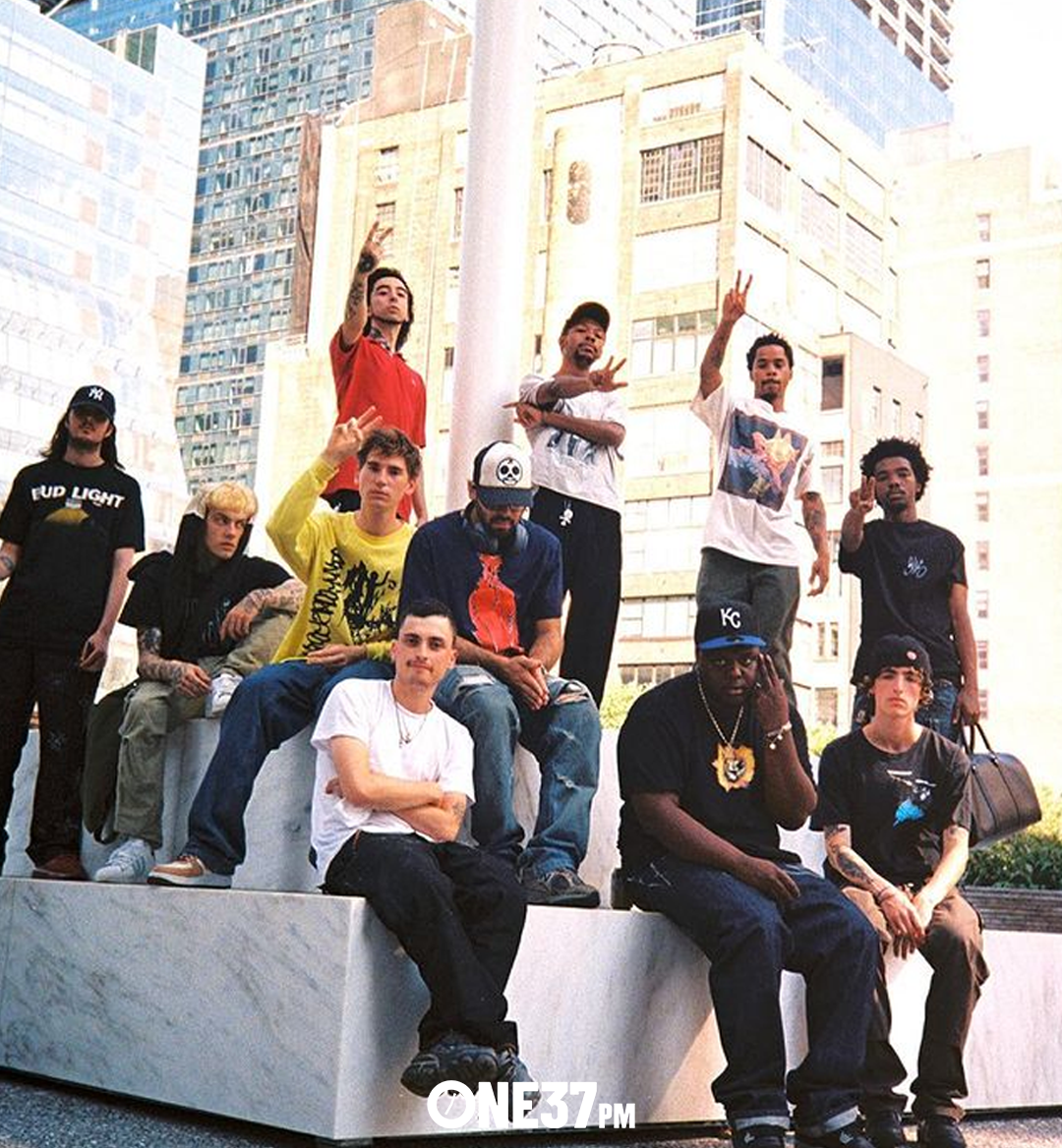 Hidden behind the scaffolding of New York City stands Surf Gang, one of the most electrifying hip-hop collectives appearing as of recent. While not much is known about the group members, some members include Babyxsosa, Lil Polo Tee, Moh Baretta, and Bobainee on the vocal front. Some standout producers in the collective also include GonerProd, EvilGiane, Harrison, and Eera.

Surf Gang is coming off their project SGV1 (Surf Gang Volume 1), a 15-track album released on June 30, 2021. “Cinderella” is a notable opening track on the album, gaining over 50,000 streams online. Within “Cinderella,” you can hear the backbeat of distorted 808s and a catchy two-bar synth that repeats throughout the song. In addition to “Cinderella,” another song gaining popularity is “6am.” The song contains a low loop that is complemented by Lil Polo Tee’s hypnotic and gritty flow. You can watch the music video for “6am” below.

What makes Surf Gang so unique is their command for attention. Their grimey, drill-inspired beats matched with their special vocal delivery and annunciations resonates with their fans - helping them develop a loyal fanbase stretching from Los Angeles to their hometown of New York City. It seems that rather than submit to mainstream culture, Surf Gang is looking to pave their own lane - and their fans are here for it.

Performing at several events this summer, their concerts are just as fanatical as their music. The music video for “Woah” is a recap of their shows in Brooklyn and Los Angeles. Found in the video, you can see the group performing outside and the crowd loving it, being the nucleus of the concert. Surf Gang even got their hands on a school bus at the last minute for their show in Brooklyn. They performed on top of the school bus at the event, which can be seen in the music video for “Woah” below.

Recently, Mike Boyd of the Monday to Monday podcast sat down with Lil Polo Tee to discuss New York, Surf Gang, and his most recent project. Tune in below to learn more about the buzzing artist.

Surf Gang is a group to watch out for with an emanating hip-hop scene in New York City. Be sure to check out SGV1 to get a little taste of what is to come from each member individually and as a group.