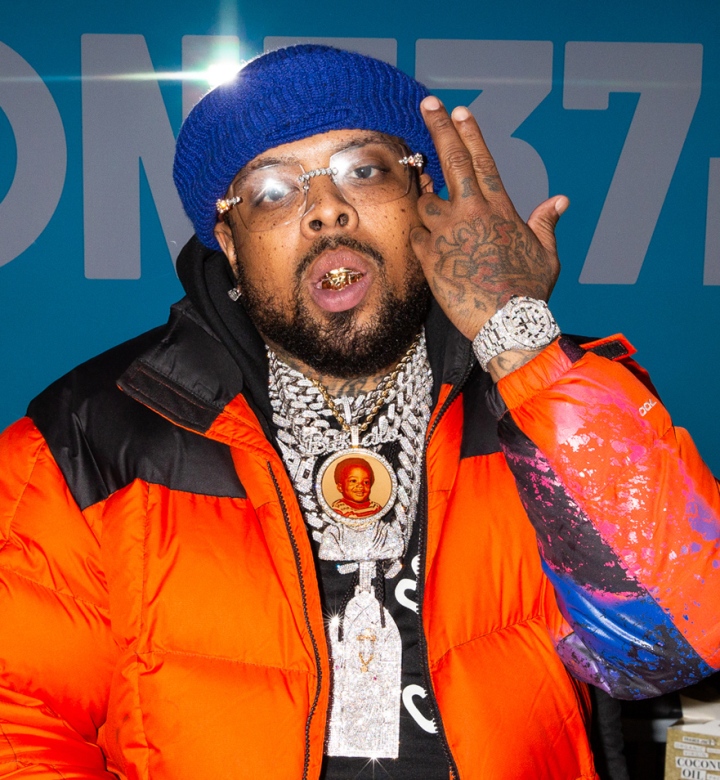 Westside Gunn is a renaissance man.

At any moment, he could “diamond cut the coke like DDP”—a nod to 1990s wrestler Diamond Dallas Page, or ask for Virgil Abloh, the artistic designer of Louis Vuitton menswear to write “brick” on a brick of cocaine. That’s because those seemingly divergent cultures— wrestling, music, high fashion—are the nexus for a man with a vision so clear he can turn Buffalo, New York, into the home of hip-hop’s hottest rap group, part-owns a wrestling league and actually get Virgil to write brick on a brick.

Debuting in 2012 with the first entry in his Hitler Wears Hermes series, Westside Gunn is a man who’s both methodical and impulsive. He’ll buy a pair of sneakers from high-end brand KITH just because they matched what he wore that day, but he’ll check the price first. His music mirrors this same process, in a way. His grimey records can go down a murderous train of thought before a random wrestling reference interrupts the flow of murder and mayhem momentarily before vividly gruesome tales resume. That’s not simply for shock effect. Gunn is a die-hard wrestling fan.

Now, the kid who used to watch Hulk Hogan's main events is part-owner of House of Glory Wrestling with Master P and Brian Baez. He and his Griselda partners, Benny the Butcher and Conway the Machine, recently put out their debut project, WWCD, after signing a management deal with Jay-Z’s Roc Nation.

Westside Gunn stopped by the ONE37pm offices in New York to explain just how he got Virgil Abloh’s attention, how much new music we can expect in the first half of the new year and he tells us a story of a wrestling encounter that led to him becoming part-owner of HOG Wrestling. 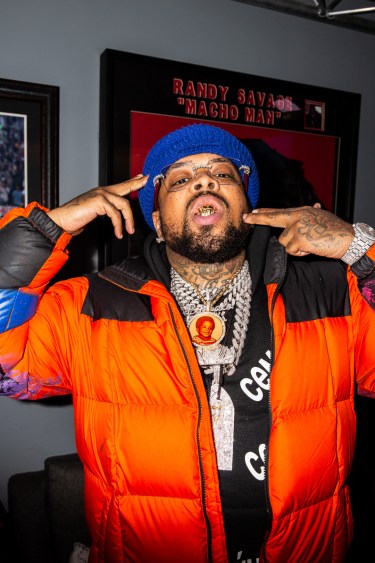 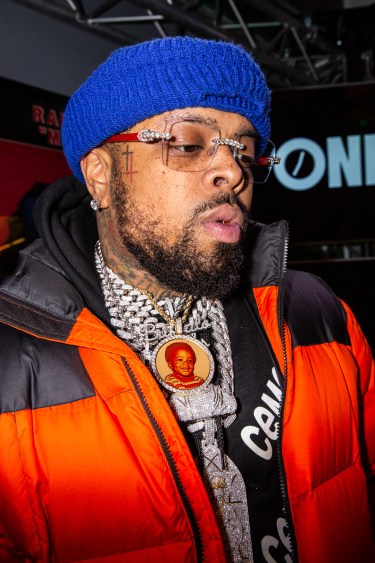 ONE37pm: Your first project, Hitler Wears Hermes, came out in 2012. This decade you developed Griselda imprint. What do you see when you reflect on this decade?

Westside Gunn: This was the decade of bringing grimey back because for a while it was gone. Ever since I brought that back to the game and the culture, you’re starting to see it more now. Also making the underground scene more relevant. That was the whole purpose of the Flygod imagery with the Jesus. It was deeper. I wanted something to represent like the second coming of me sacrificing my blood, sweat, tears and money bring that sound back. My goal was always to try to make it popular again and make it mainstream again.

The latest Griselda project that came out was WWCD and my favorite track on that is "DR. BIRDS," with you rapping, “Told Virgil to write brick on my brick.” Soon after, Virgil Abloh was on video doing just that. How’d that happen?

Westside Gunn: [Laughs] I’m a genius, man. I’m a mastermind, bro. There’s only one Westside Gunn. I did that line purposely because I knew this shit was going to work and turn this shit up. Virgil has been a fan ever since I did “Mr. T” on the Flygod album. He posted that back then. I always drop fashion references, so I’ve thrown Off-White and Virgil name a bunch of times. He caught wind of it. I wanted him to just write “brick” on a brick.

You posted a video of him doing that on your Instagram. Did he send you that video?

Westside Gunn: Yeah. Virgil and I have been talking a lot lately. He’s part of the video process. We shot “DR. BIRDS" video with Hype Williams. It’s done. Virgil is co-producing it.

As you said, you’re big into fashion. Who’s your favorite sneaker designer?

Westside Gunn: I’m a fly dude. If it’s fly, I’m in it. I might wear some Salomons. I wore some shit the other day from KITH. I don't even know what it was. I still don't even know what it was. It matched what I had on that day and I put them on. I looked at the price to make sure it wasn't any bullshit [laughs]. You have to triple-check the price tag. I probably have every last Balenciagas that’s dropped in the last year—I love their kicks. I love Off-White kicks. I love what Just Don does. He’ll tell you. I’ve been Just Don since the beginning. I love Yeezy, of course. I'm not really big into a lot of newer ones. I really liked my older ones. The pirate blacks, Turtle Doves and the 750s.

Let me get your taste on something else. You mentioned smoking on Cookies and different strains of cannabis on WWCD. What's your favorite strain?

Westside Gunn: I like Billy Kimber. There’s a company Garrison Lane that grows it. As soon as I touch down in LA, they get me right.

What I also didn’t foresee this decade was the convergence of wrestling and hip-hop. You’ve been at the forefront of that. Where does that love come from?

Westside Gunn: All I can remember my whole life is watching wrestling. My aunt Jenny, rest in peace, she was a big Hogan fan. Back then, Hogan was on every main event, I was going to her house and watching every pay-per-view back then. I went to the flea market every weekend to get the action figures and the wrestling merch. Once I got older, I still just had a love for it. You know how people start buying a whole bunch of shit when they start getting money. People ask, “Why did you buy that?” Because I didn’t have it when I was a kid. Now, I just sit front row at every wrestling event possible.

Now you’re invested in a league, HOG Wrestling. How did that happen?

Westside Gunn: Brian, who is my partner now, got wind that I really liked wrestling. He started looking into it and he saw everything I was doing. Then, he was like, “If you’re ever in New York around this time come check out my show.” I started following it. I saw he was having [Ric] Flair come. I'm a funny dude. I'm from Buffalo, and people don't come to Buffalo. So, you don't really see a celebrity. My granddad and I went out to lunch one day and Ric Flair was at the bar. There was nothing between us but the walkway for the waitress. My granddad was like, “That's Ric Flair.” I’m looking like, “Oh shit, That’s Ric fucking Flair.”

I'm not no dude to ask for pictures or autographs. I'm not! Michael Jackson could come out the grave and start moonwalking and I’d be like, “That’s dope,” and just leave it alone. When I saw Ric Flair, the kid [in me] was like, “He’s by himself and everything.” I’m like, “Fuck it.” So, I just jumped up and was like, “Excuse me, Ric, I don’t mean to disturb you, but can I get a picture if you don't mind?” He was like, “No.” Mind you, this is the Westside Gunn that's been in the streets, sold dope and been in shootouts and everything. All wrestling aside, I'm a real nigga. You buggin’. I never asked for a picture from anyone ever again. This was after I already did Flygod. Once I saw that he was going to the HOG event and there was a meet and greet. I got extra flying on his ass, went over there and I got to meet him. This time it was wild cool. He’s admiring everything. 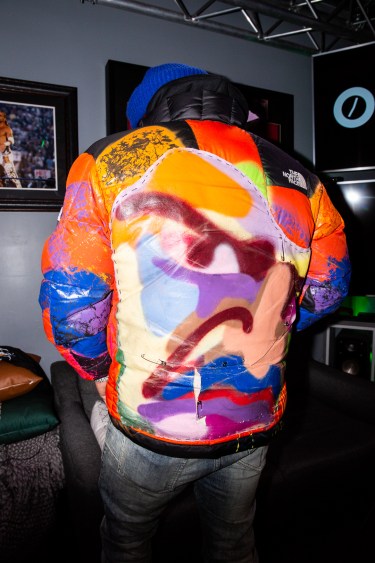 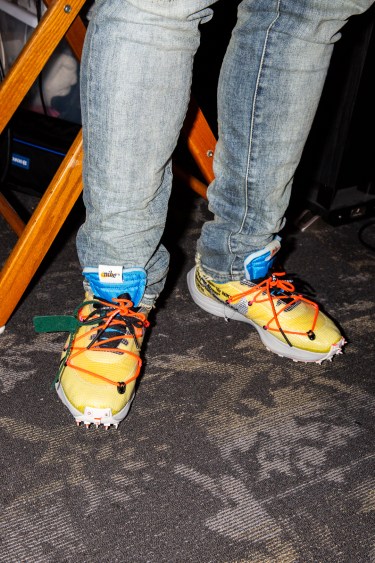 How did that lead to your involvement with HOG Wrestling?

Westside Gunn: I really liked the show. It was underground, low key and had a cult following already. So, I started flying there on my own dime and time. Once I started doing that, the owner was like, “Damn, he’s coming to a lot. He’s coming to nearly all of them.” It became mutual respect. After going for a while I was just like, “Yo, have you thought of having a partner with this.” He was like, “Nah. I built this from the ground up, kind of like how you did with Griselda.” I really don't need anybody. If I did something it would be with Master P. I admire his business mind and how he moves.

I left it alone. Then, a few more months go by and he hits me like, “I thought about everything you were talking about. But, do you think you could get me P, too, for a sit-down with him?” I told him, “I don't know P personally.” I know all the other heavy hitters. He ended up meeting with P by himself before my people could activate it. But, he was a man of his word. He finally got the person he wanted. He could’ve had just been like, “Well I got P, I’m done.” But, him just being a real G, he was like, “I’m going to still give you that percent for that buy-in and you’ll be a part owner with P and I.” We flew out to LA to meet with P and started building from there.

I'm about to design the merch, work on the storylines. There’s so much I want to do. Now, Peter Rosenberg is like, “Oh, man. If you need me.’ Wale is the same. Everybody now is hyped up. I’ve talked to the Action Bronsons and Smoke DZAs. Currensy and Bun B said they were going to fly to an event. 2020 will be crazy.

Speaking of 2020, how many projects can we expect from Griselda in the first six months of 2020?

One from each member?

What was it like signing with Jay-Z at Roc Nation and him bumping to your music?

Westside Gunn: He’s been a fan for a while. I always was cool with Emory [Jones] for years. Spanish Ran introduced me to the Roc Nation building. I knew Law for years, too. Different people that I know over there for years were always telling me like he was a fan, especially Emory. Emory always like, “I went to his house. As soon as I walk in, you’re the first thing he’s playing.” The first time I ever met Jay was at his house. I was out there. We kicked it for a while. We just talked about the future. I didn't even know he knew as much as he did. He was like, “Man, this shit should have been done. I’ve been trying to do this.” He’s always like, “Whatever you’re trying to do, I got your back.”

I just talked to him two days ago. We talk about two or three times a month. I don’t really hit anybody. I’m not a phone guy. We just have personal conversations now. But, every single conversation he makes sure I understand, “Yo, whatever you need bro, I'm behind this shit. You got the vision.” Even though I have him in my corner, I’m not that dude to ask for something. Griselda was built brick by brick. I’m hands-on, seven days a week. You know, how much responsibility I have? It’s not only for me, but for Conway, Benny and so many. I can't take a day off.