This Is the Museum Black People Should’ve Already Had 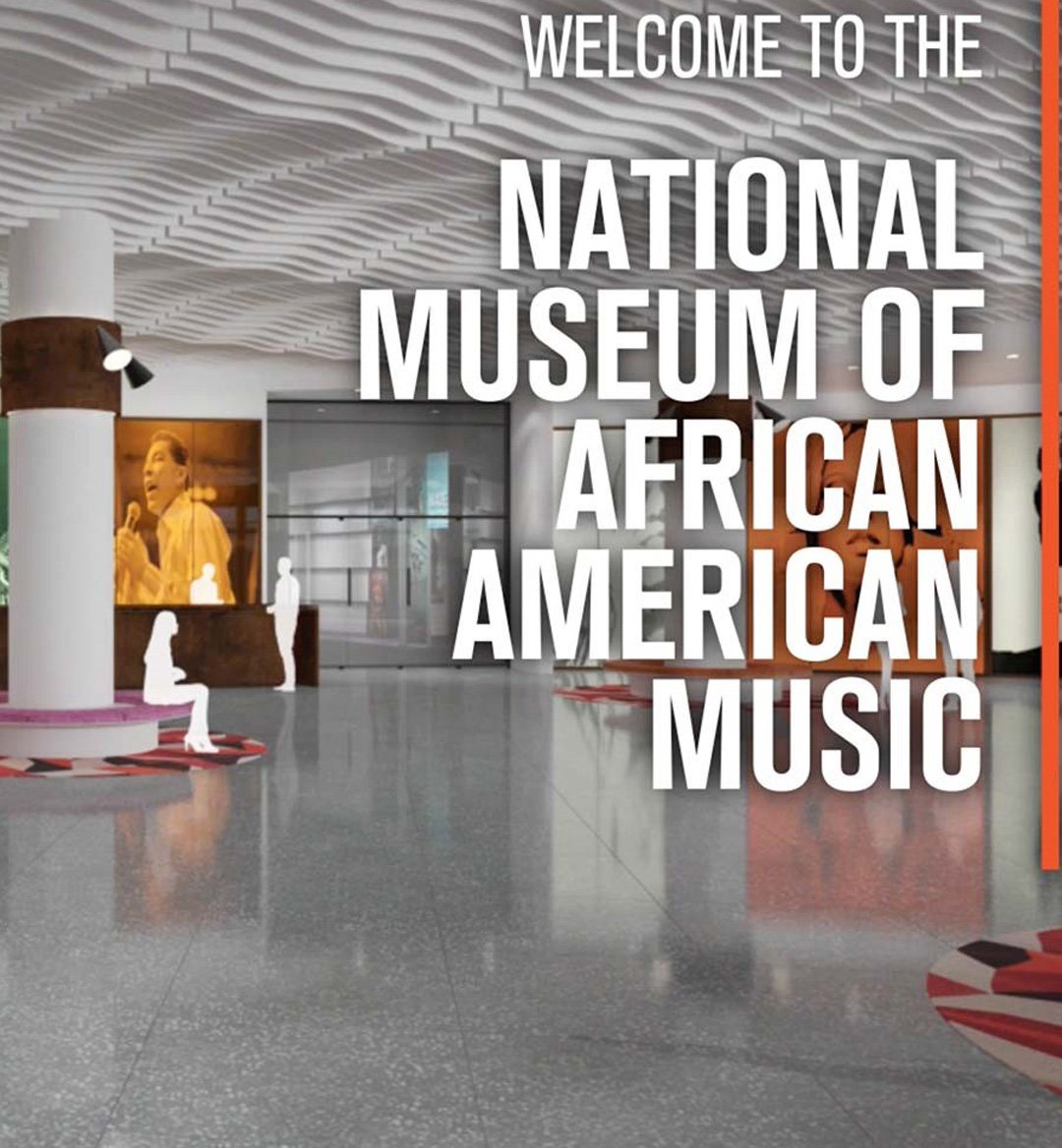 Disrespect is often the impetus for making history. For the first time in U.S. history, Black people’s contributions to American music will be the sole focus of a new museum, The National Museum of African American Music (NMAAM) in Nashville. The fact that sentence is true in the year 2020 is a slap in the face to the slaves from centuries ago whose hymns were stolen to create music genres dominated by white people. Even recently, Jalaiah Harmon had her Renegade dance co-opted by white TikTok influencers.

The idea for the museum first germinated in 1998 and has raised $60 million since 2002. The NMAAM will be a 56,000-square-foot experiential museum housing 25 interactive displays and 1,500 artifacts that piece together the story of African Americans’ indelible mark on the tapestry of American musical culture. Lisa “Left Eye” Lopes’s long hooded jacket, bodysuit, shorts and high-top sneakers will be on display, along with Nat King Cole’s Argyle sweater, Whitney Houston’s leopard print dress made by Christian Dior and hundreds of other pieces of music history.

Ethnomusicologist Dina Bennett is the museum’s senior curator and is responsible for helping curate the artifacts and experiences the museum will use to educate the masses. Henry Beecher Hicks III is the president and CEO, who joined the board in 2010 and became the CEO in 2013. Besides the cement and funding, the museum was founded on this belief that the history of American music hasn’t been wholly told without the proper canonization of African American art.

“Despite the fact [that] hip-hop and R&B are the biggest genres of music in the world today, too often we don’t pay attention to how significant the African American contribution has been to American music overall,” Hicks told ONE37pm. “We’re not focusing on a particular genre, artist or label. We’re really going back through American history and saying, ‘Let’s help the American public understand how critical African American contributions have been to American music since the 1600s.”

The museum plans to open in early September with grand-opening plans slated to be announced in the spring. Museum membership is currently available on the NMAAM website for $25 for seniors and students and going up.

ONE37pm spoke with Hicks and Bennett about which parts of African American history showcased in the museum are seldom told, the celebrities who helped bring the museum to fruition and how exactly hip-hop will factor into the museum. 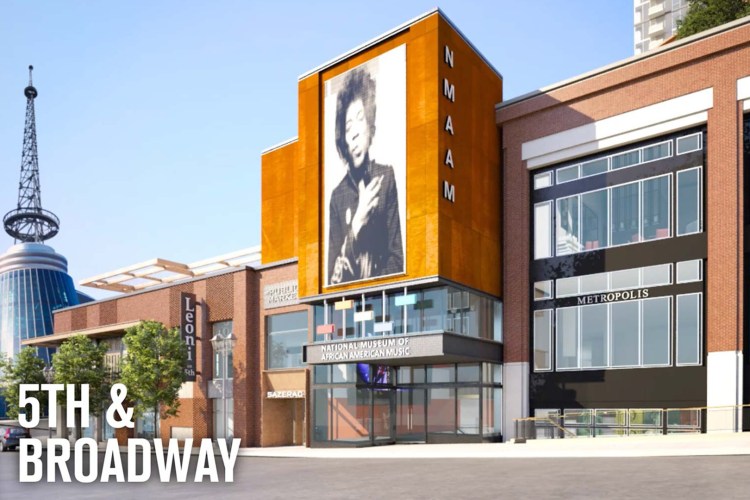 ONE37pm: The museum will have over 1,500 artifacts. How did you decide which ones to use?

Bennett: We assembled a scholarly advisory committee of various scholars around the world who have different specializations in different genres of music. From that committee, we were able to develop a storyline and narrative for the museum. That storyline and that narrative drove our search for artifacts and objects to help tell the story. This is a museum that is the first of its kind and is based on the history of the creation of the American soundtrack and how African Americans have influenced and impacted music. We start from the 1600s, and we work up to present-day, and we talk about all of the music in between. So, jazz, spiritual, funk, soul, gospel, R&B, and hip op. It’s all there.

Which celebrities have helped the museum either in funding, donation or promotion?

Hicks: The museum currently had a collection of musical greats who serve as national chairs of our board of directors, including India Arie, Keb’Mo, Darius Rucker and CeCe Winans. NFL legend Eddie George and his wife Taj [of R&B group SWV] serve as chairs of our Legends Society, one of the largest donor groups local to Nashville. Country music star Vince Gill also serves as a co-chair of the Legends Society.

How long did it take you to get these artifacts?

Bennett: Oh, dear. The last five years we’ve been collecting. We have a series of donations. We have loans from other institutions that we are partnering with. We’ve also been able to purchase items from auctions and from estate sales. Right now, we have them housed at the Country Music Hall of Fame, one of our dearest supporters. When we move into our building and we open, all objects and artifacts will come with us. We’ll rotate them out year to year and continue to tell our story with new and fresh artifacts.

As you mentioned, this is the first museum of its kind. What is something this museum will highlight about African Americans' contribution to music that you feel is seldom discussed?

Bennett: We have a trombone from Helen Jones Wood, a member of an all-female jazz orchestra International Sweethearts of Rhythm who toured the world in the 1940s. Their origin is in Piney Woods, Mississippi. We are very happy to display that in our Love Supreme gallery, which tells the history of jazz. We’re very happy to point out that females were very much involved in the music tradition, especially in jazz. I don’t think that always comes across.

How will hip-hop factor into the museum?

Bennett: We’ll have a hip-hop gallery called The Message. It’s featured quite prominently, especially since it’s one of the genres that are popular and has such a long history of its own. We definitely have taken the time to curate a really great hip-hop gallery.

How did you come up with the interactive elements of the museum?

Bennett: The museum’s curatorial team is working with Nashville-based 1220 Exhibits to fabricate the gallery space and more than 25 interactive touchpoints. 1220 Exhibits has created dynamic exhibits for museums all over the country. Their creative team works jointly with the museum to pair the content narrative with a fun and engaging experience within each gallery. Each experience explores a unique attribute of that genre, such as the “call and response” of gospel music or the “beat sampling” of hip-hop. 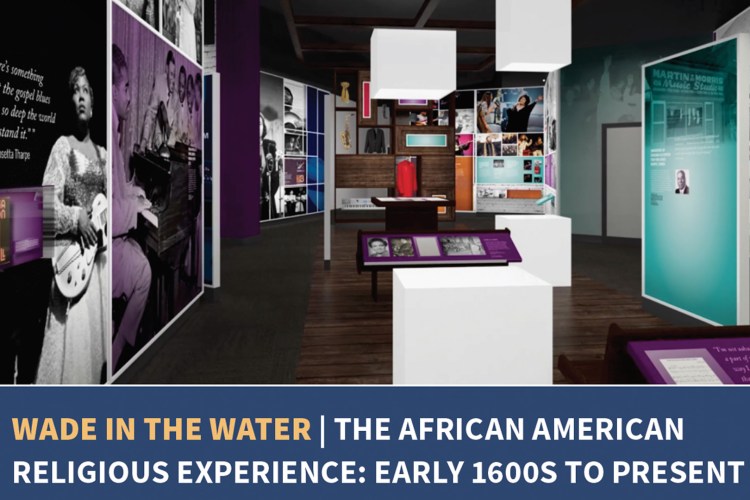 What are you planning to do in the meantime to raise awareness for a museum that has never existed before?

Hicks: Educational programming is a big part of what we’re doing at the museum. There will be youth education locally in the schools here in Nashville. There will also be educational programming through digital partners around the country and world. We’ll do this celebration we do annually called the Celebration of Legends. We’ll celebrate that for the seventh year this coming May. Those are the kinds of things we’ll do to make sure the story is told.

How will the museum evolve over time?

Hicks: The museum’s seventh gallery is rotating exhibit space. We will open with a temporary exhibit about the Fisk Jubilee Singers from Fisk University. Periodically, this gallery will be switched out to feature a variety of other subjects, and it will also give the museum an opportunity to showcase some of the additional artifacts within 1,500-plus collection.

Mr. Hicks, in a statement, applauded Sean Combs’ recent criticism of the Grammys’ treatment of Black art, stating that the NMAAM will “remind America and the Recording Academy that Black music matters.” What did you mean by “Black music matters”?

Hicks: One of the common phrases in the museum is “My Music Matters.” I often challenge people to ask their friend or their neighbor to name two or three songs that they are most excited about. Two out of three are going to be some type of Black music. We do commend Sean Combs for speaking out in that regard. The ironic thing is we’re right here. He threw down the gauntlet and said the Grammys has 365 days to get better, and he wants to help them. But, a part of that might be our institution. About at the halfway point of his 365-day challenge, we will open. We are here to celebrate and tell the stories to make the point that Sean Combs was making. We just want to be part of the conversation and be a support of both Sean and the Grammys, as they seek to adjust some of their processes in the way they acknowledge art and artist.