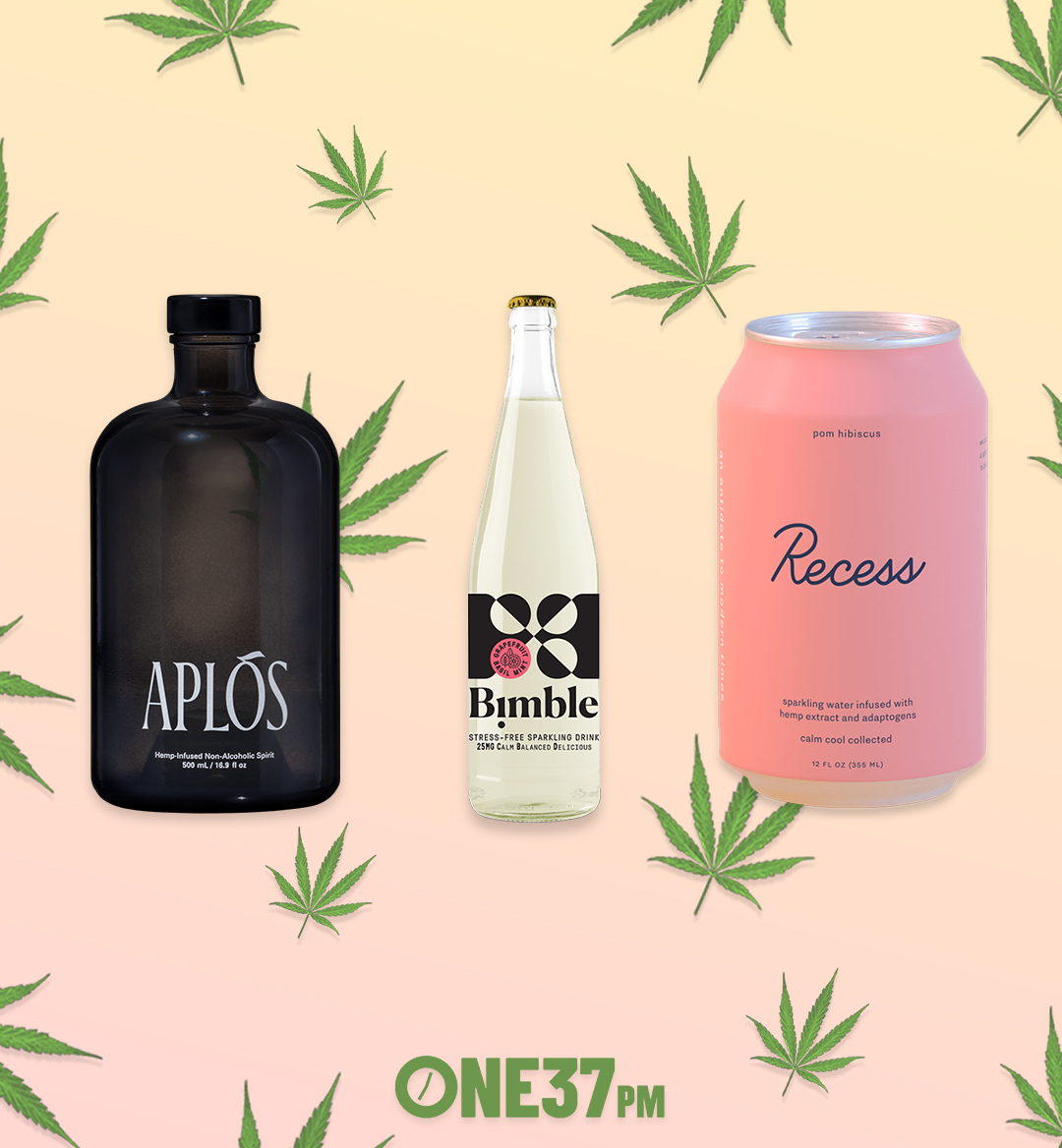 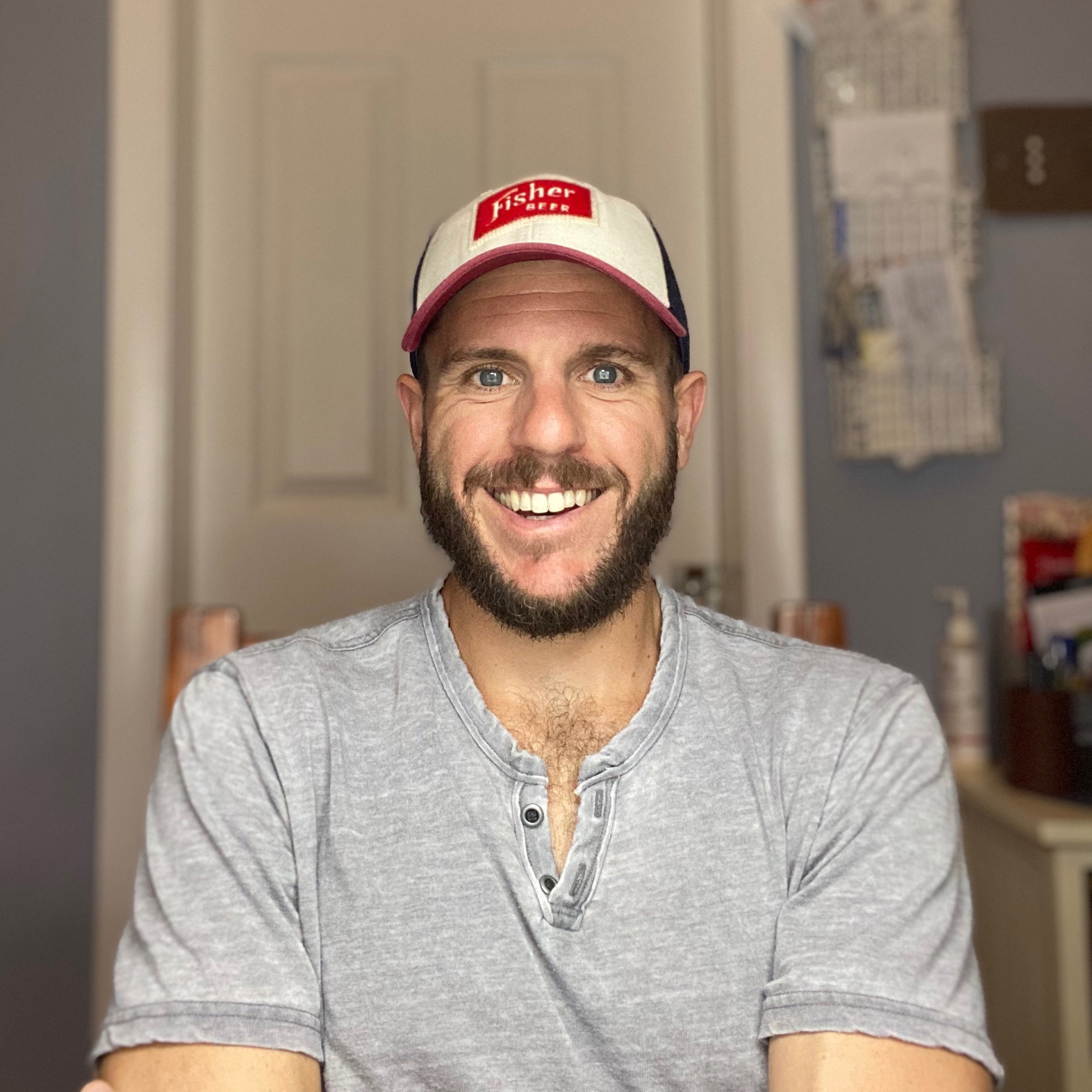 Perhaps you’ve come across them in your Instagram feed. Or maybe you’ve spotted them at Erewhon Market.

No, I’m not talking about members of the Kardashian-Jenner clan. I’m referring to the seemingly never-ending stream of CBD products hitting the market in recent years.

Hardly a day goes by without CBD—short for cannabidiol, the nonintoxicating compound found in the cannabis family of plants—grabbing headlines or the attention of celebrities hoping to cash in on the hemp-derived cannabinoid craze.

There are now scores of notable athletes, actors, musicians and other media personalities investing in the CBD space.

Martha Stewart has partnered with one of Canada’s largest pot producers, Canopy Growth Corporation, to make CBD treats for both humans and dogs.

Blink 182 drummer Travis Barker is preparing to launch his own line of cannabinoid infused wellness products.

But what is CBD, and what does it actually do?

That’s something even billionaire Elon Musk has pondered.

The Tesla and SpaceX founder, who appeared on the Joe Rogan podcast earlier this year, wondered if CBD was “fake,” and questioned its effects.

Those claims, often touted but not yet proven, are at the center of ongoing discussion about the ways in which the CBD category could evolve in the years to come and how the market should be regulated.

The passage of the 2018 Farm Bill removed hemp—now defined as cannabis sativa plants containing less than 0.3 percent THC—and its derivatives from the legal definition of marijuana.

While the act opened the door for companies to begin selling a variety of hemp-derived CBD products, it preserved the U.S. Food & Drug Administration’s authority to regulate food and beverages containing CBD.

The agency has yet to issue final regulatory guidance for products containing CBD, so drinks like the ones being promoted by Rogan and several others currently exist in somewhat of a legal gray area.

Until that FDA guidance arrives, most mainstream retailers are holding off on stocking their shelves with these products.

Even though large CPG firms and major retail chain store operators seem content to avoid the sector for now, 86% of Americans have heard of CBD. However, several smaller startups are betting that final FDA guidance will soon be issued and they’ll have a first mover advantage in the beverage category.

The opportunity that awaits could be worth $1.4 billion by 2025, according to cannabis research firm BDSA, which pegged sales of hemp-derived CBD drinks at just $100 million last year.

Meanwhile, less than 20% of U.S. consumers had used a CBD product as of last July, according to New Frontier Data.

As more people familiarize themselves with CBD and its potential benefits, industry stakeholders anticipate plenty of trial and error within the beverage segment.

Over the last several months, I’ve sampled countless new CBD-infused drinks, and I’m here to share some of my favorites with ONE37pm readers.

Below is a list of beverages—from sparkling waters, to nonalcoholic spirits—that contain CBD and should be on your list to try. 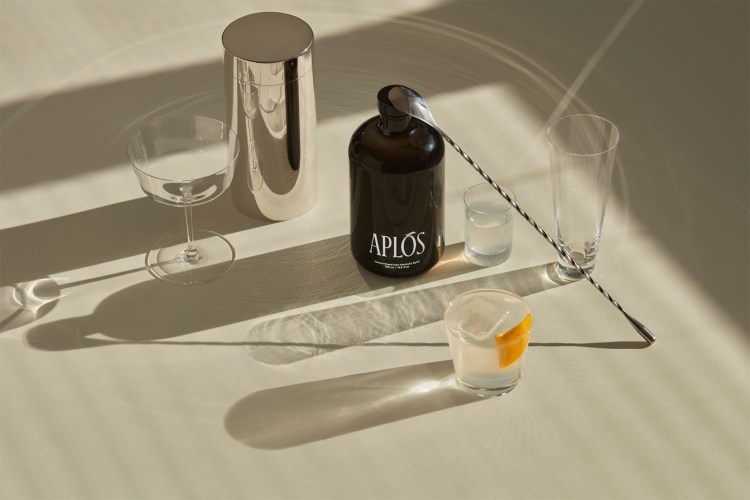 Positioned as an alternative to alcohol, Aplós was launched in December 2020 by entrepreneurs David Fudge and Jessica Manley.

Each two-ounce serving of Aplós contains 20 mg of organically grown broad-spectrum hemp from New York’s Hudson Valley, and the beverage was formulated to “replicate the ritual of drinking a spirit.”

“Alcohol is so ingrained in our culture that we have become numb to the negative effects,” Fudge told me. “Our hope is to create a world that celebrates the connection and conversation that drinking provides, but to do so in a healthier way.” Aplós is selling 16 oz. bottles directly to consumers for $48. 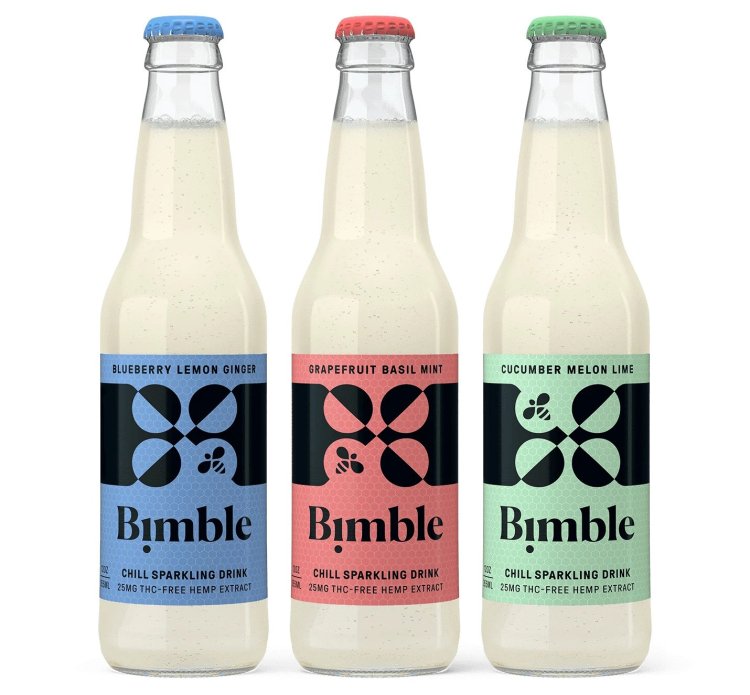 New York-based Bimble Beverages produces a line of “chill sparkling drinks” that are infused with 25 mg of broad-spectrum hemp.

Available in the New York metro area and on Bimble’s website, a 12-pack of 12 oz. bottles are rather expensive, selling for $74.99. 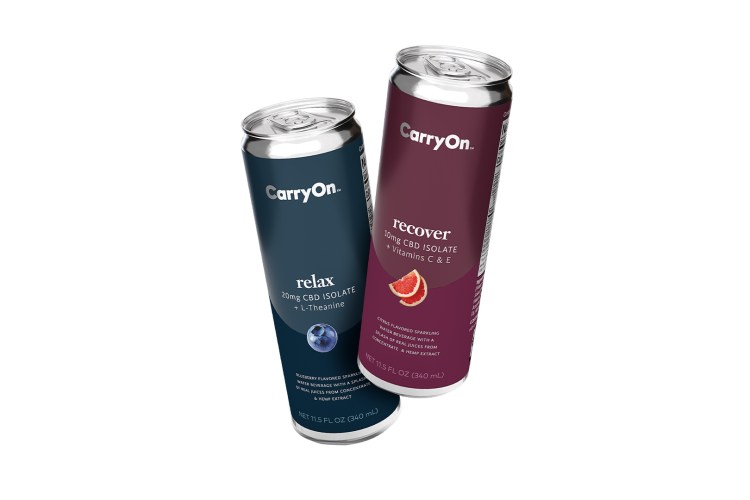 One of the few larger beverage companies to enter the CBD drinks space is Ocean Spray, which launched its “CarryOn” line of beverages in the Denver area last year.

Overall, these offerings are perfect for anyone just beginning to explore the CBD drinks space or those looking for a change of pace from ordinary sparkling water. 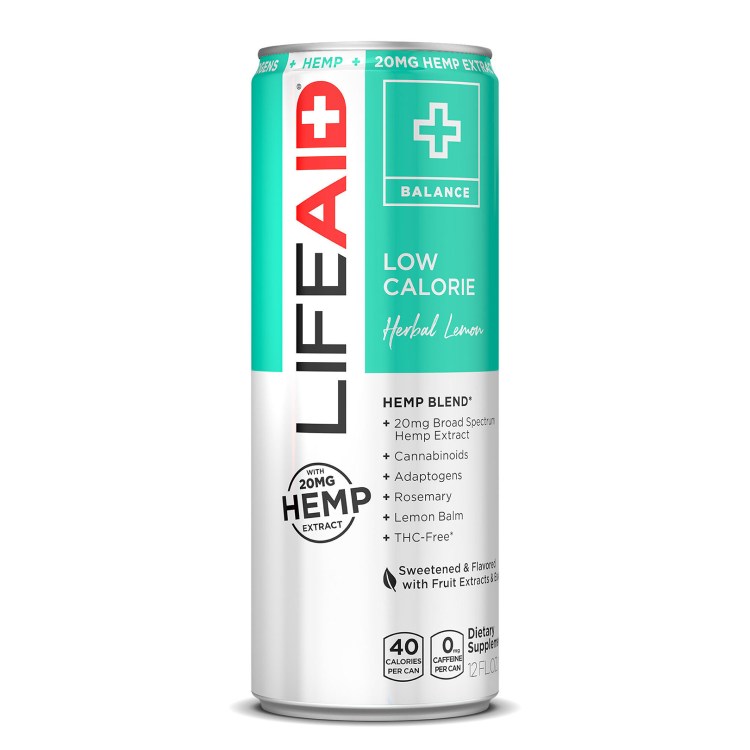 Fitness enthusiasts searching for a CBD beverage that isn’t quite as effervescent as some of the more widely available sparkling waters should seek out LifeAID’s Hemp Blend.

First released in 2019, this product contains 20 mg of broad-spectrum hemp sourced from Ojai Energetics, a provider of nano-encapsulated CBD oil that is faster-acting and more bioavailable.

LifeAID’s Hemp Blend also contains lemon balm and rosemary adaptogens and is competitively priced at $3.99 per 12 oz. can. 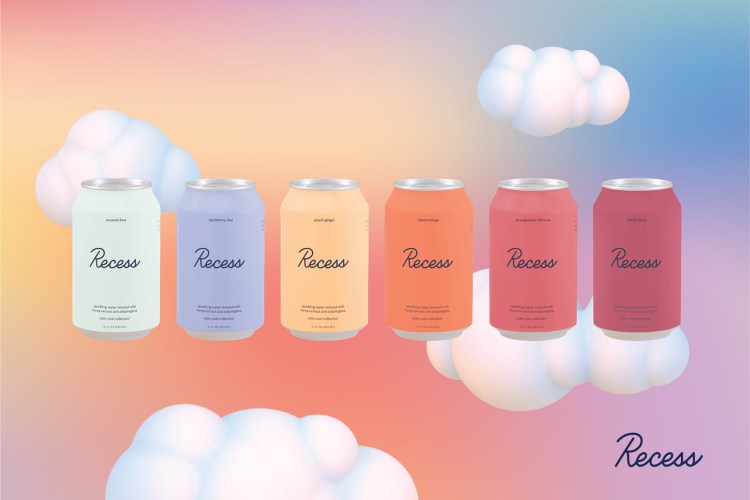 Arguably the most recognizable and respected name in the CBD drinks game, Recess makes a line of sparkling waters infused with hemp and adaptogens.

Recess retails for $4.99, which, considering the lower dose of CBD, pushes the upper boundaries of cost. However, one could justify the price because of Recess’ delicious flavors and formulation that includes additional benefits from the adaptogens. 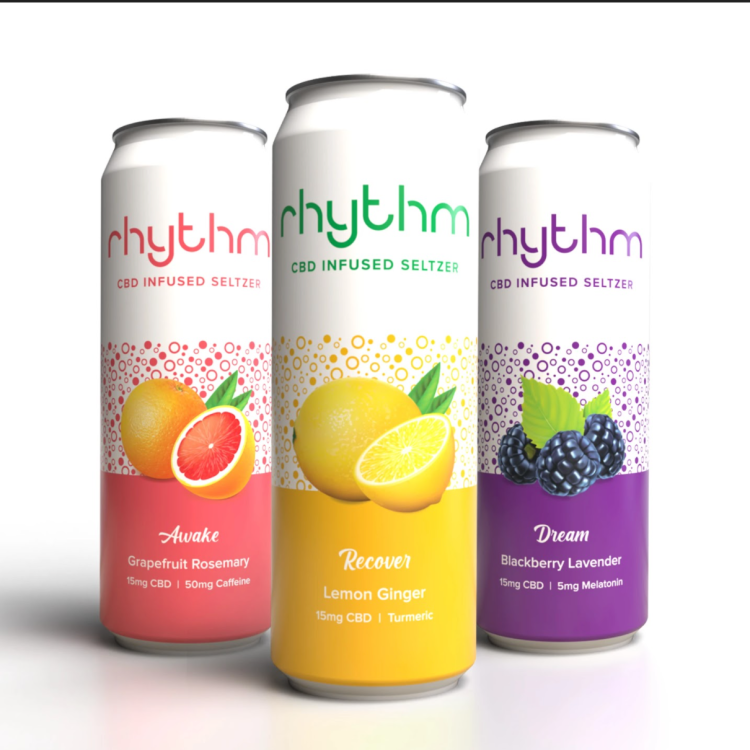 Another standout brand in the increasingly crowded CBD seltzer space is Rhythm, which makes a line of functional beverages infused with 15 mg of broad-spectrum hemp extract.

Looking to bounce back after a hard workout? Try Rhythm’s “Recover” blend, which is also infused with high levels of curcumin from turmeric root extract.

Need a boost? Rhythm's “Awake” blend contains 50 mg of caffeine from organic green tea extract to give you a shot of energy without the jitters.

A four-pack sells for $23.99 online, which is expensive, however these drinks combine CBD and other functional ingredients. 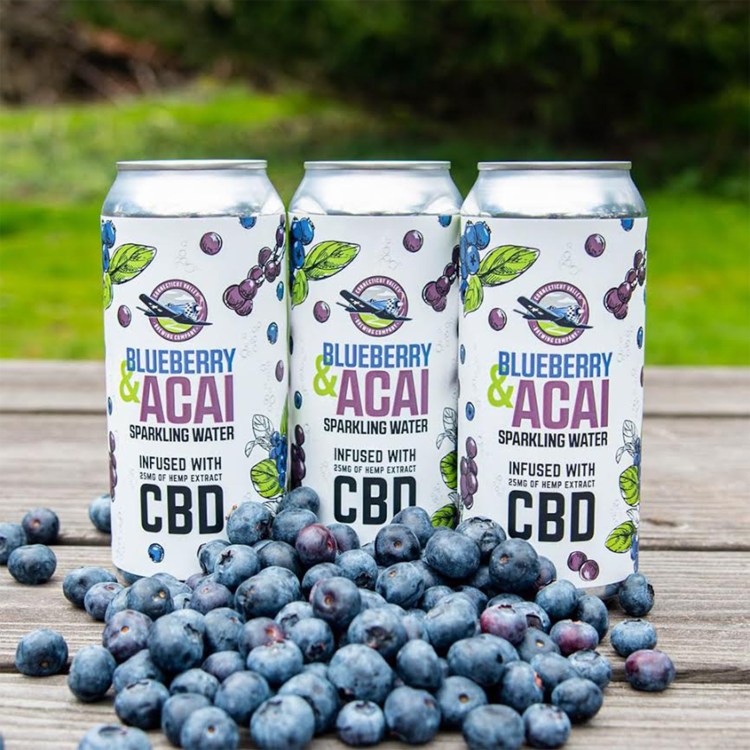 Available in a variety of flavors, 16 oz. cans of Valley Sparkling Water are infused with 25 mg of CBD and calorie-free. A four-pack retails for $18.99.

I sampled four different offerings and found two SKUs—Blueberry Lemonade and Strawberry Kiwi—to be the most enjoyable.