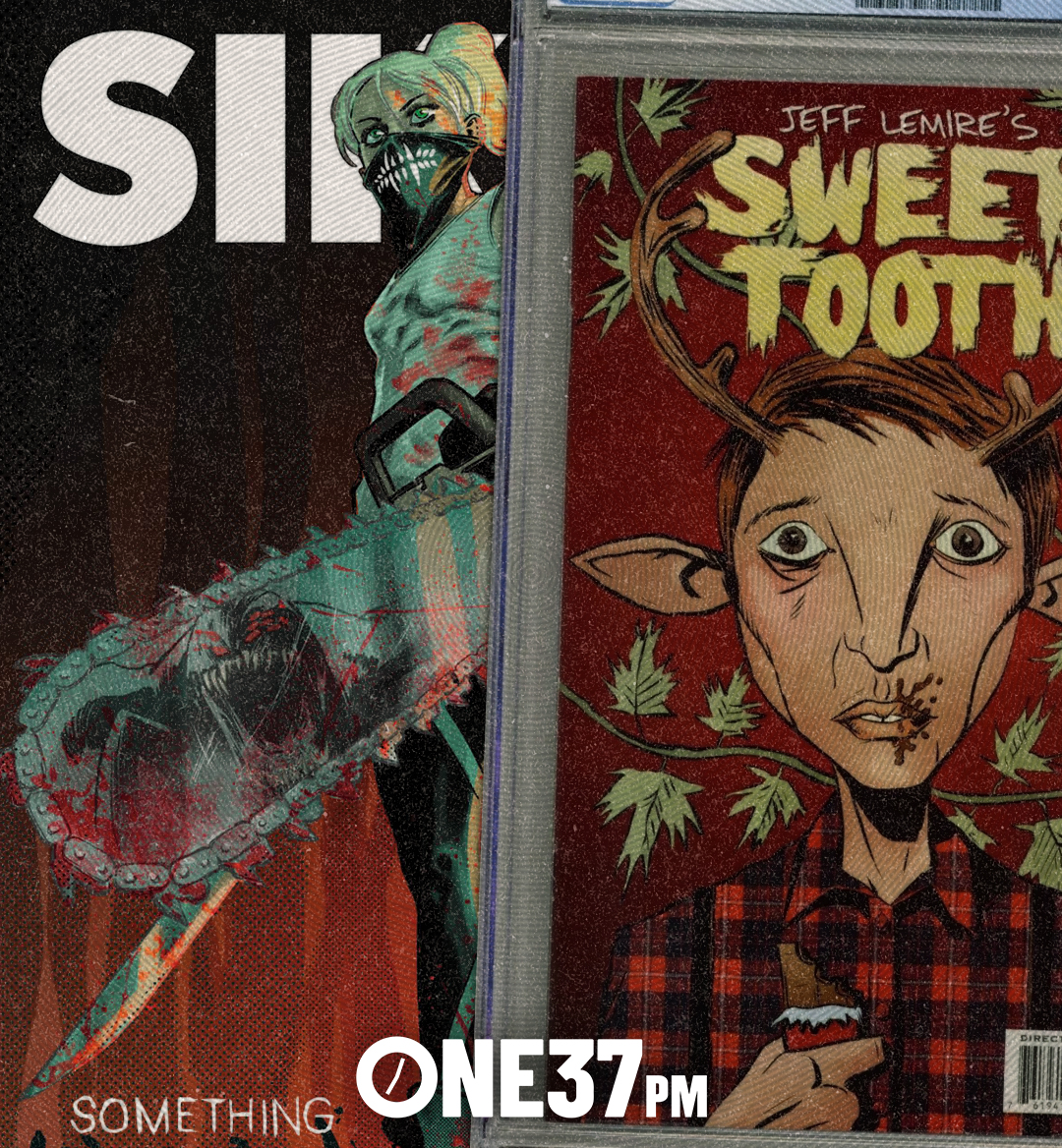 I just don't know what it is about the MCU that really brings the fan out of this cold blooded investor's heart. Whether it was Sam's declaration of his new title, making me audibly shout "Let's Go!" in my apartment at 3 am, the poignant speech Cap gave the world leaders about the power of perspective that made me want to see a Captain America like that in our real world, or the swelling of emotion that culminated in the scene with Isiah Bradley at the museum (no, you're crying!) finally getting some much deserved recognition as an American hero, it all just got me. The best part is, just a few hours after the show was live on streaming, reports hit mainstream media about a Captain America 4 feature film with Sam Wilson at the helm. That is one film I will be stoked to see. 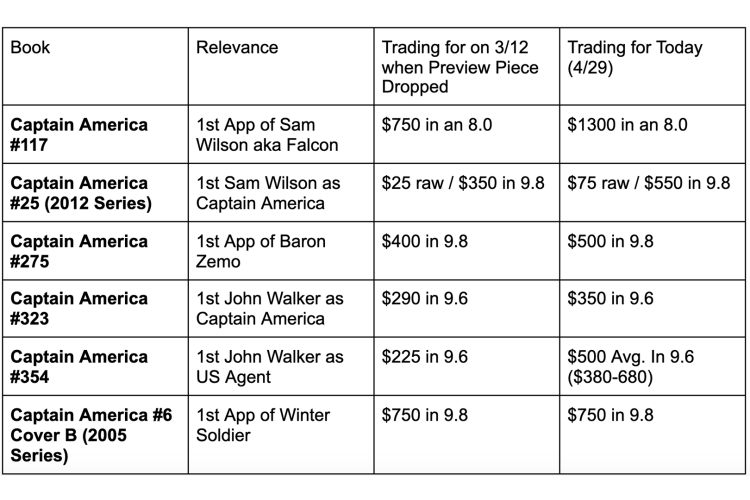 The results aren't truly surprising when you really go back and look at the show. Maybe the most surprising is the lack of movement of Captain America #6 (2005) in 9.8. This I would attribute to two main factors. The first: there was a big run up on this book in the months before the series hit Disney+ with prices near doubling already. Second, and importantly, while the series was called Falcon and Winter Soldier, the story focus was really on Sam Wilson and John Walker.

Zemo had his moments, including an epic viral dance video, but fans were left wanting more. A moderate 25% gain is respectable and most expect we will see Zemo again in some form or another. Speculation surrounds him joining a popular comic book faction with either The Thunderbolts or The Dark Avengers.

Finally, one of the most hated MCU characters in memory, John Walker, saw excellent returns during the series. While his 1st as Captain America in Captain America #323 only made a small jump, this is to be expected as any comic fan knew his turn with the mantle would be brief. The best exit strategy would have been to sell during Episode #1-3 before he lost the title. The series concluded with John Walker exclaiming "I'm back!" as he donned his new suit and moniker: US Agent. Novice comic fans may not have realized that exclamation mirrored the one on the cover of Captain America #354, the 1st John Walker as US Agent appearance. With Walker seemingly a new fixture in the MCU as US Agent, buyers have been grabbing this one with anticipation of continued returns. Either way, if you bought in on 3/12 you have seen the value of your #354 stash double in price.

Something is Killing the Children Update 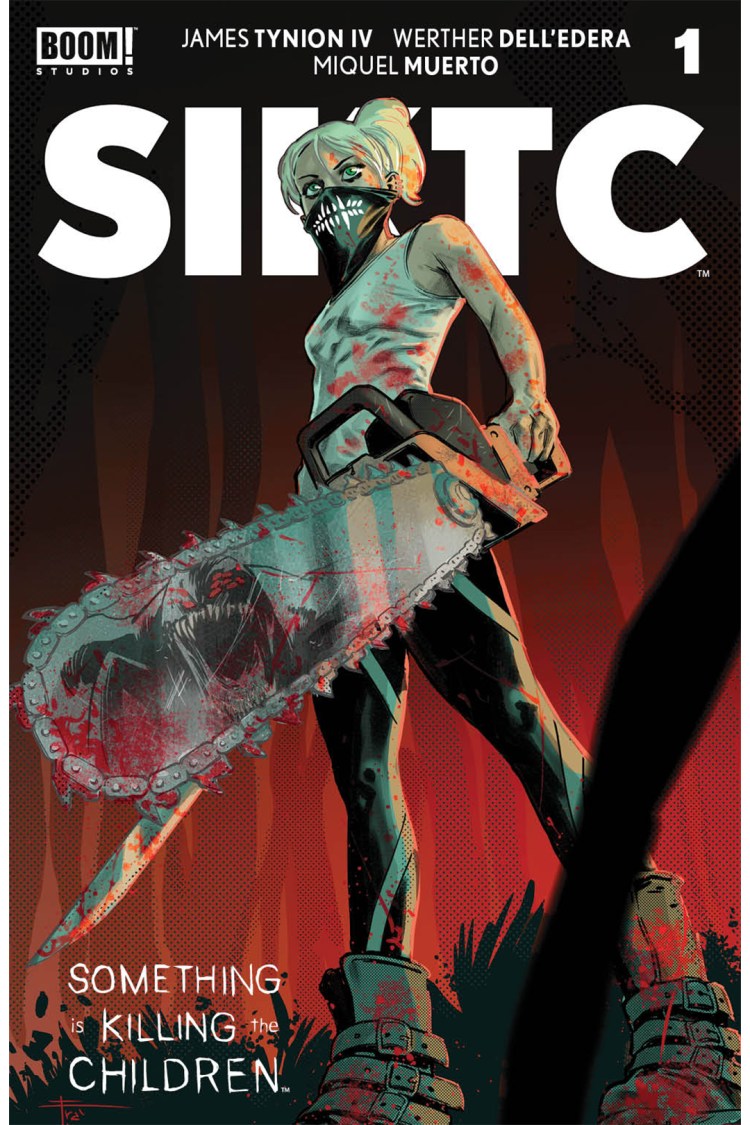 Something is Killing the Children #1 / Boom! Studios

Last week, the feature of this column was indie sensation Something Is Killing The Children and my speculation that the IP is destined to be a monster (no pun intended) television series whenever it goes that route. While we have no confirmation, the popular comic book market app Key Collector reports that inside sources tell them that the property has been optioned for a television series. When a " Key Alert" is sent out by the App, breaking news hits tens of thousands of phones instantly.

This sparked excitement in the market among investors as well as some doubt amongst the detractors as these reports are unsubstantiated at this time. It's important to note though that the Key Collector App has reported info early in the past and my gut tells me this info is solid. As I mentioned last week, the book was $650 in a 9.8 the first time we talked about this IP here and $900 last week. This week we have seen the floor raise to $995 and a couple of sales in the $1100 range. That small gain just from an unconfirmed report as well as the heat behind the recently released (this past Wednesday) 8th print tells me we are in for a major return when an official announcement inevitably hits.

Netflix Is All In on Comic Book IP 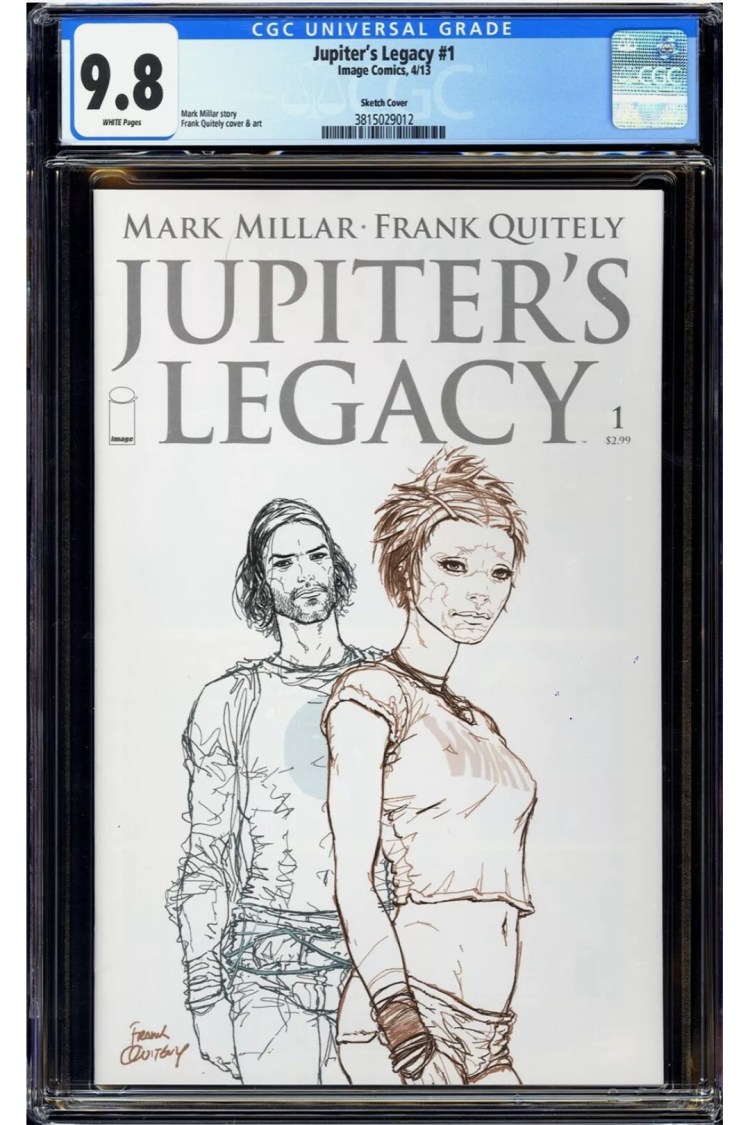 While the publisher of Something Is Killing The Children, Boom! Studios, has a first look deal with Netflix, which could see the IP land there, the streamer is not banking on any one comic book IP to find success in the space and instead readying several for release. The last few years have seen Netflix adapt Dark Horse's Umbrella Academy, IDW's Locke and Key, October Faction, and V-Wars, Image's Old Guard, Oni Press' Ciudad, better known to Netflix users as Extraction. We also already know Netflix is set to develop Masters of The Universe with Dark Horse and Kevin Smith, in addition to Brzrkr with Boom! and Keanu Reeves.

All of that and we have two more comic book IPs that have Netflix series trailers on the market making a buzz. The first is from Image Comics and creator Mark Millar. Millar has had the Hollywood touch with several of his properties like Kingsman, Wanted, and Kick Ass being past successes. Now Millar has sold the majority stake in his publishing company Millarwarld to the streamer and together they are set to release both new comics and develop series from the old ones—and new as well I would presume. 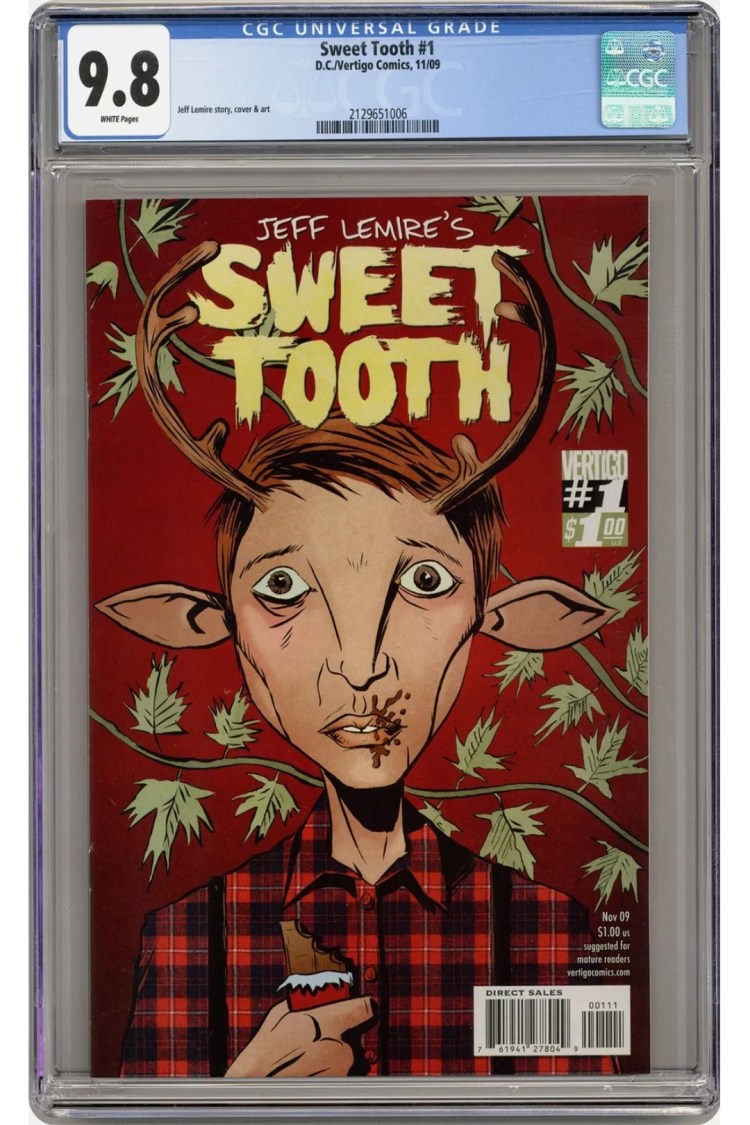 Finally, from DC Comics beloved but now defunct Vertigo imprint comes Sweet Tooth from creator Jeff Lemire. The show just debuted a trailer this week and the Robert Downey Jr. produced show had seen series buzz in the industry. Lemire is a master storyteller with a lot of IP with Hollywood potential so it will be interesting to see how this plays out. Sweet Tooth #1 is selling for $400 in a 9.8 to date with the last copy selling for $545 as soon as the trailer dropped. This is one book I will be keeping my eye on as there truly isn't a plethora on the market at this time and it wouldn't take much for this one to run up in price.