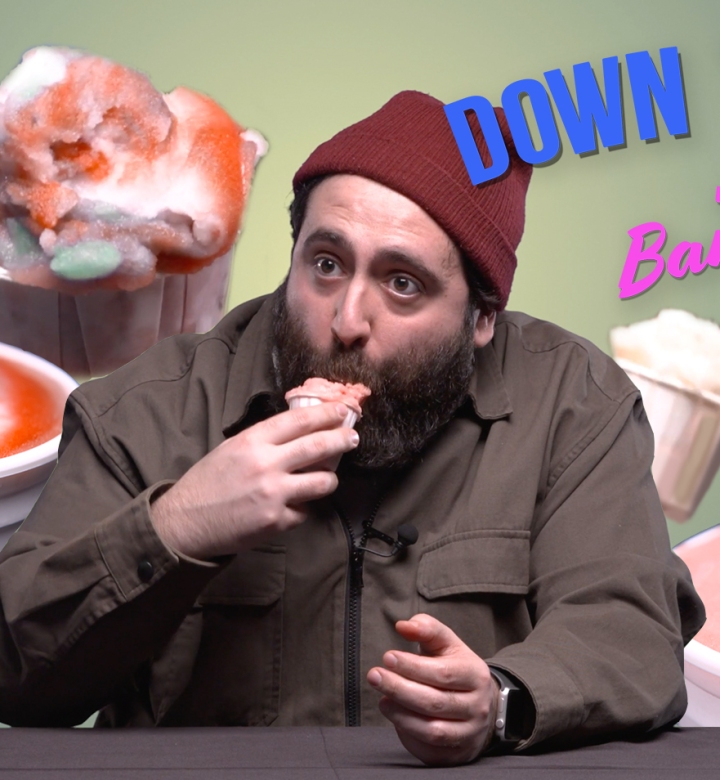 Brrrr! It’s Flavors Friday, and this week we’re talking Italian Ices, but these aren’t any old iced treat. In this episode of Down the Hatch, the king of flavor tries the legendary ices from The Lemon Ice King Of Corona. Two kings, one episode. Located five minutes from Citi Field, the iconic establishment serves up a plethora of flavors and is widely considered to be the best in the biz. But will they stand up to the rigorous Down the Hatch flavor test?

Not to spoil the episode, but Barry absolutely loves all of these Italian Ices—except for one. He tries a whopping six flavors, a record number of taste tests for Down the Hatch. First up on the tasting table is a classic rainbow flavor, which will eventually devolve into a deep purple color. He moves quickly onto chocolate before commenting, “It’s like the frozen equivalent of like a Yoohoo.”

Mr. Flavors takes a quick jaunt over to sour-town, trying the establishment’s original flavor, the lemon ice. One word reigns supreme in his review: “refreshing.” The second half of the episode features a trio of flavors ranging from ubiquitous to more obscure. He tries strawberry, licorice and cantaloupe with one of the flavors being his favorite of all, and one being his least (and receives an all-time Down the Hatch low score). I bet you could guess which is which.

If you loved this episode and want to see Barry try more tasty treats, check out last week’s episode, when he put a variety of Oreos to the test.