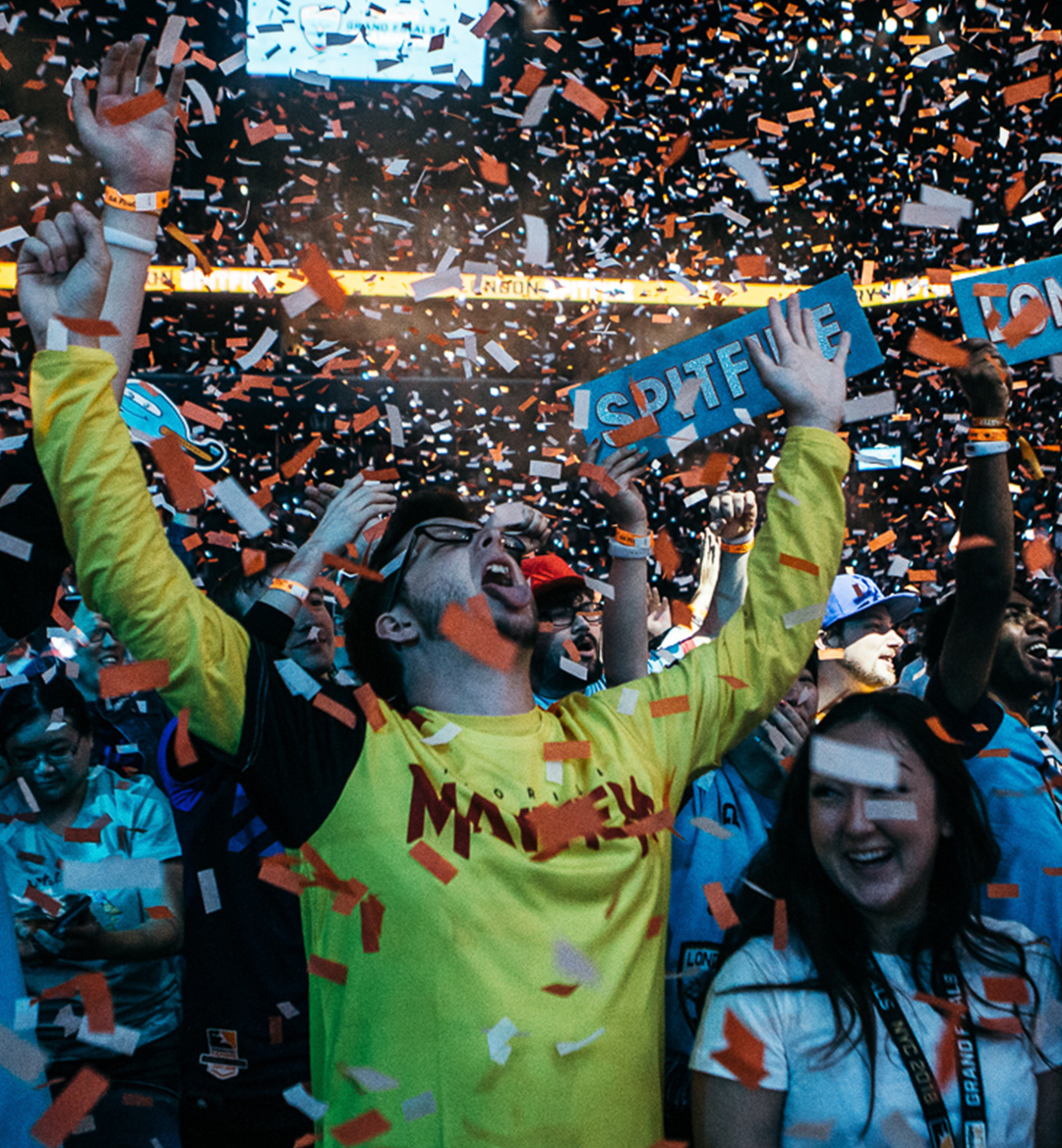 Like avid music fans flowing into a stadium for a concert, tens of thousands of video game lovers walked into Brooklyn’s Barclays Center this summer for the final leg of the Overwatch League, a global professional eSports league with a top prize of $1 million.

The Overwatch League Grand Finals attracted an astonishing 22,434 people over the two day competition in late July, with countless more watching the first-ever live primetime broadcast of an eSports event on ESPN in addition to live domestic showings on ESPN2, Disney XD and Twitch, as well as other international platforms.

ONE37pm sent sports photographer Anthony Geathers to document this burgeoning world of competitive gaming to give gamers and non-gamers a glimpse inside eSports in real life, including spectators in costumes, players in team jerseys, dapper announcers, musical guests like DJ Khaled and celebratory confetti. 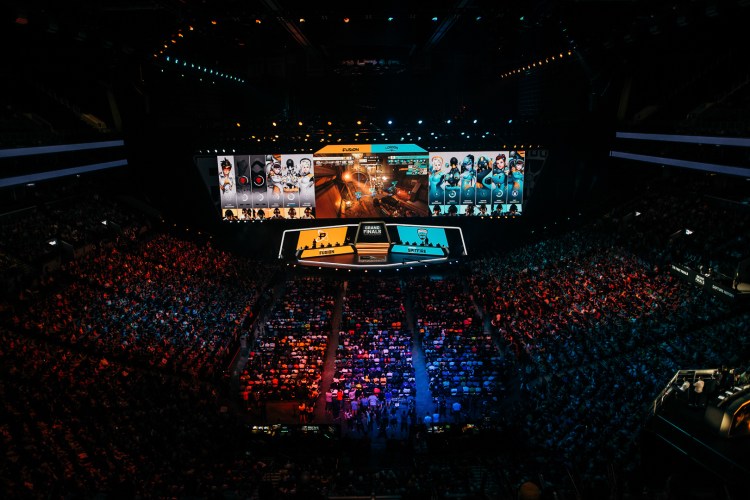 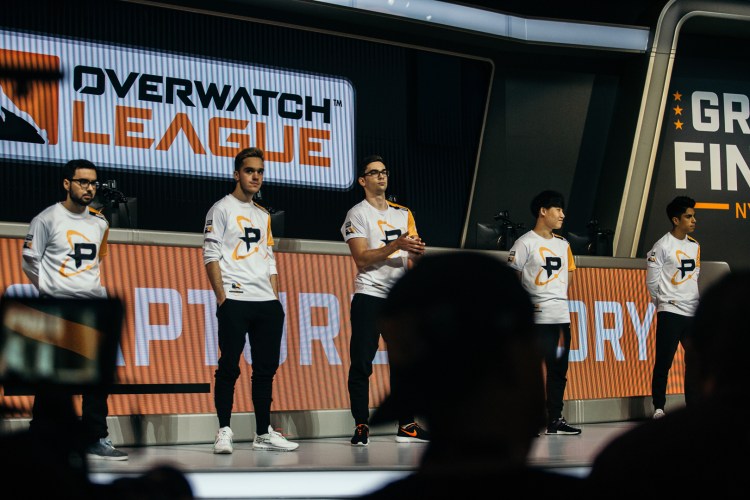 Philadelphia Fusion teammates battled their way into the finals in New York City. The league’s inaugural season started in January and consisted of 12 teams who played in a pre-season and a 40-match regular season at Blizzard Arena in Los Angeles. 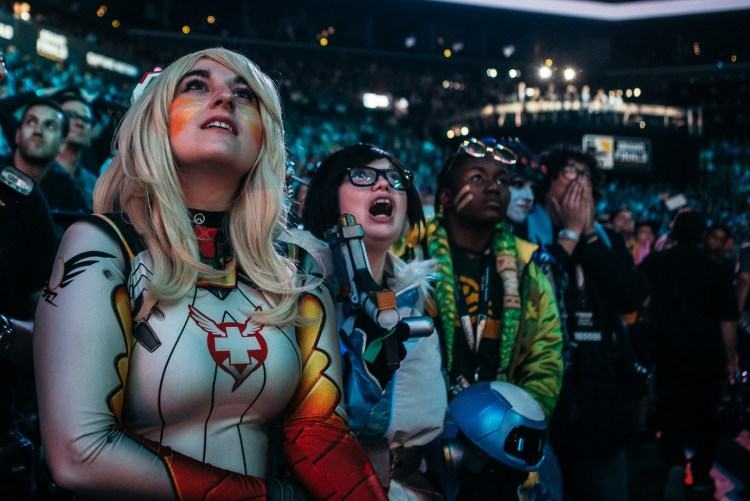 Spectators from around the world flocked to the final, some dressed as characters from Overwatch, Blizzard Entertainment’s multiplayer first-person shooter video game franchise that spawned this league. 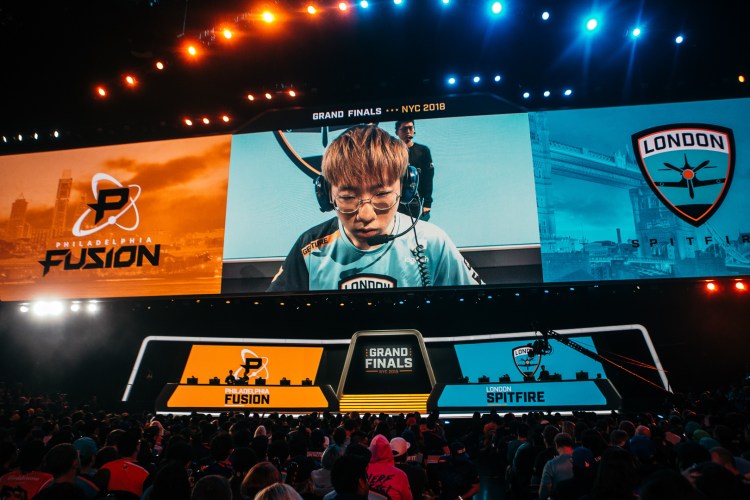 After the regular season, the league’s 12 teams were narrowed down to six teams for the two-round playoffs ahead of this NYC final. No. 5 seed London Spitfire and No. 6 Philadelphia Fusion ultimately made it to the final match. 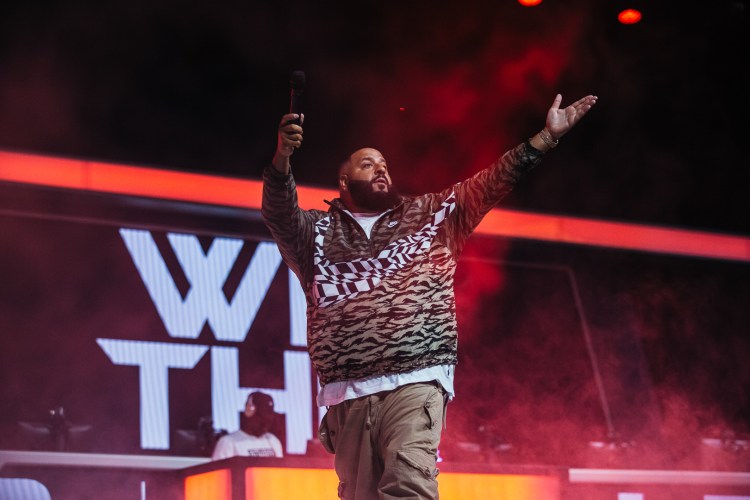 DJ Khaled (pictured), DJ Mick and DJ Envy provided musical entertainment throughout the event to hype up the crowd, which included celebrities such as rocker Jon Bon Jovi and NBA player D’Angelo Russell. 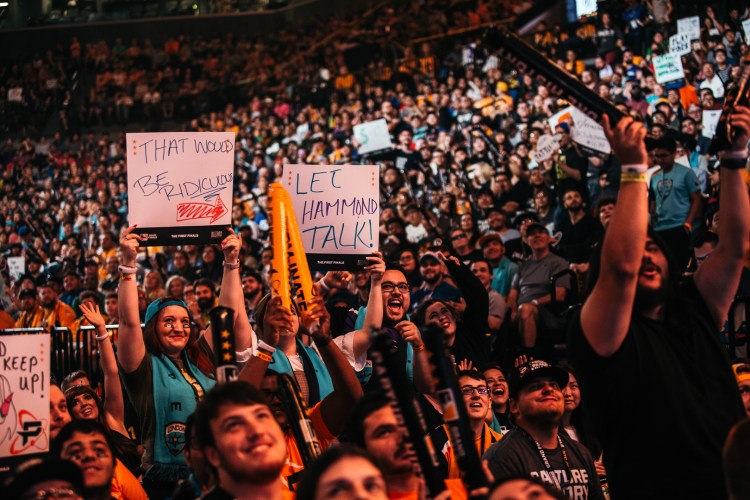 The big crowds during the first season of the league have proven eSports can be a lucrative spectator sport. 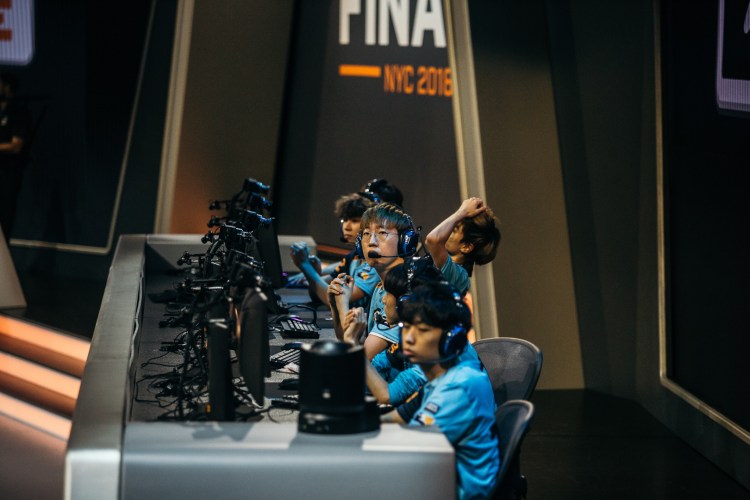 London Spitfire was the only Europe-based team this season. The 11 other teams were from Asia (Seoul and Shanghai) and North America (Boston, Dallas, Houston, California, Florida, New York, Philly and San Francisco). 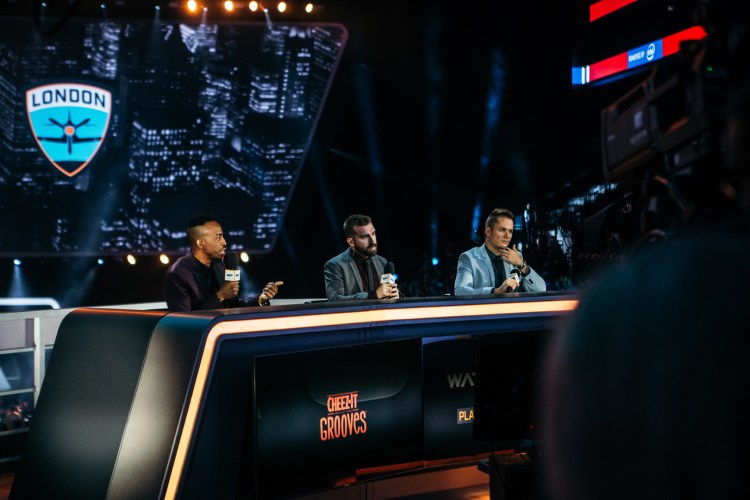 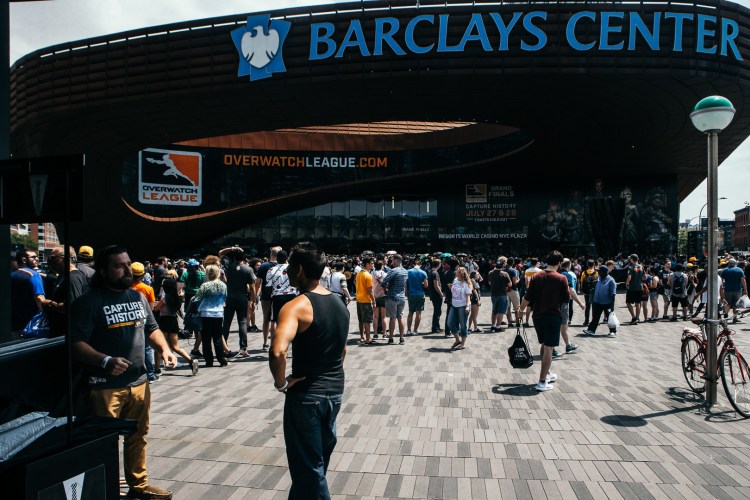 Organizers have lofty plans to turn future seasons into a home-and-away format, similar to NBA and NFL seasons, after teams create eSports-friendly venues similar to NYC’s Barclays Center or LA’s Blizzard Arena in their respective cities. 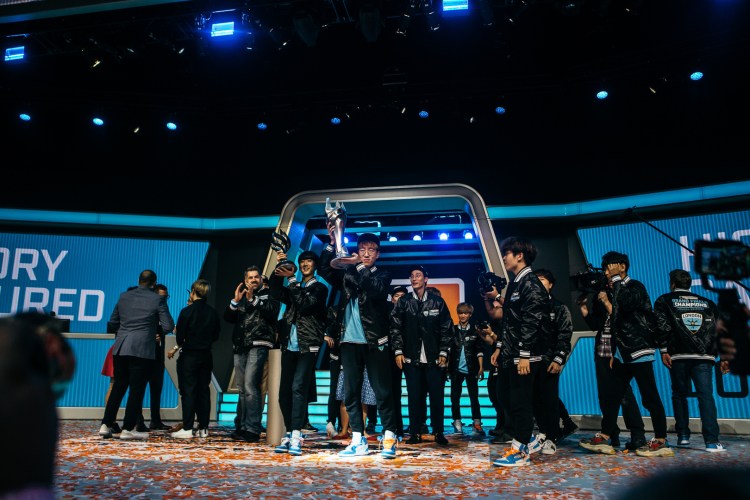 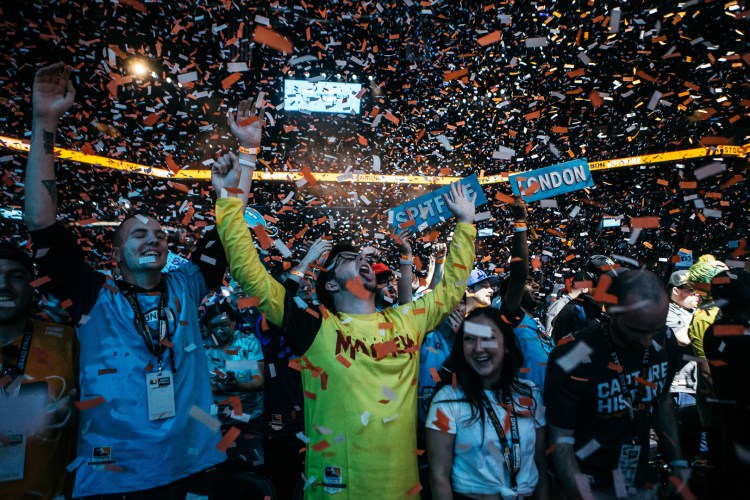 “A lot of people wrote us off, but no one on this roster and staff stopped working on getting better and they’ve shown that with this phenomenal playoff run,” Spitfire owner and CEO Jack Etienne said in a statement. “Thank you to our fans that never gave up and supported us, sometimes watching in the middle of the night. The support we’ve had has been overwhelming and we’re thrilled to have rewarded that support.” 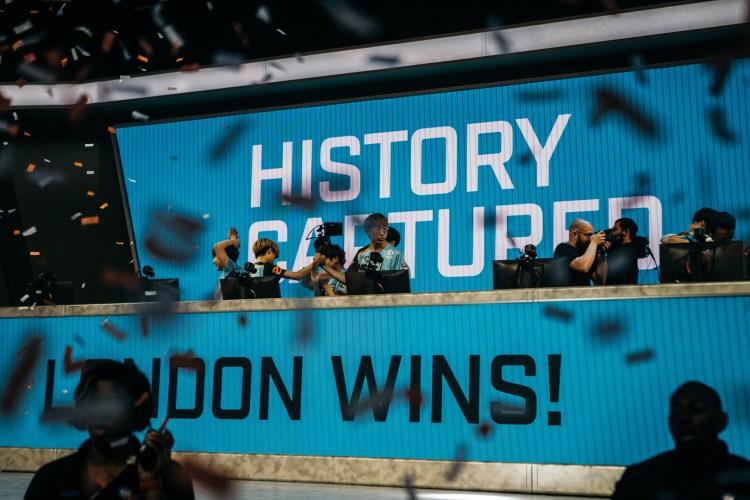 With the inaugural season over now, the teams are preparing their rosters for the 2019 season. This year, the players on every team were signed to one year contracts that guaranteed them a salary, health insurance, financial bonuses based on performance and other perks.

For a deeper look at the finals, watch this “History Captured” video below.