The 15 Most Powerful Pokémon of All-Time 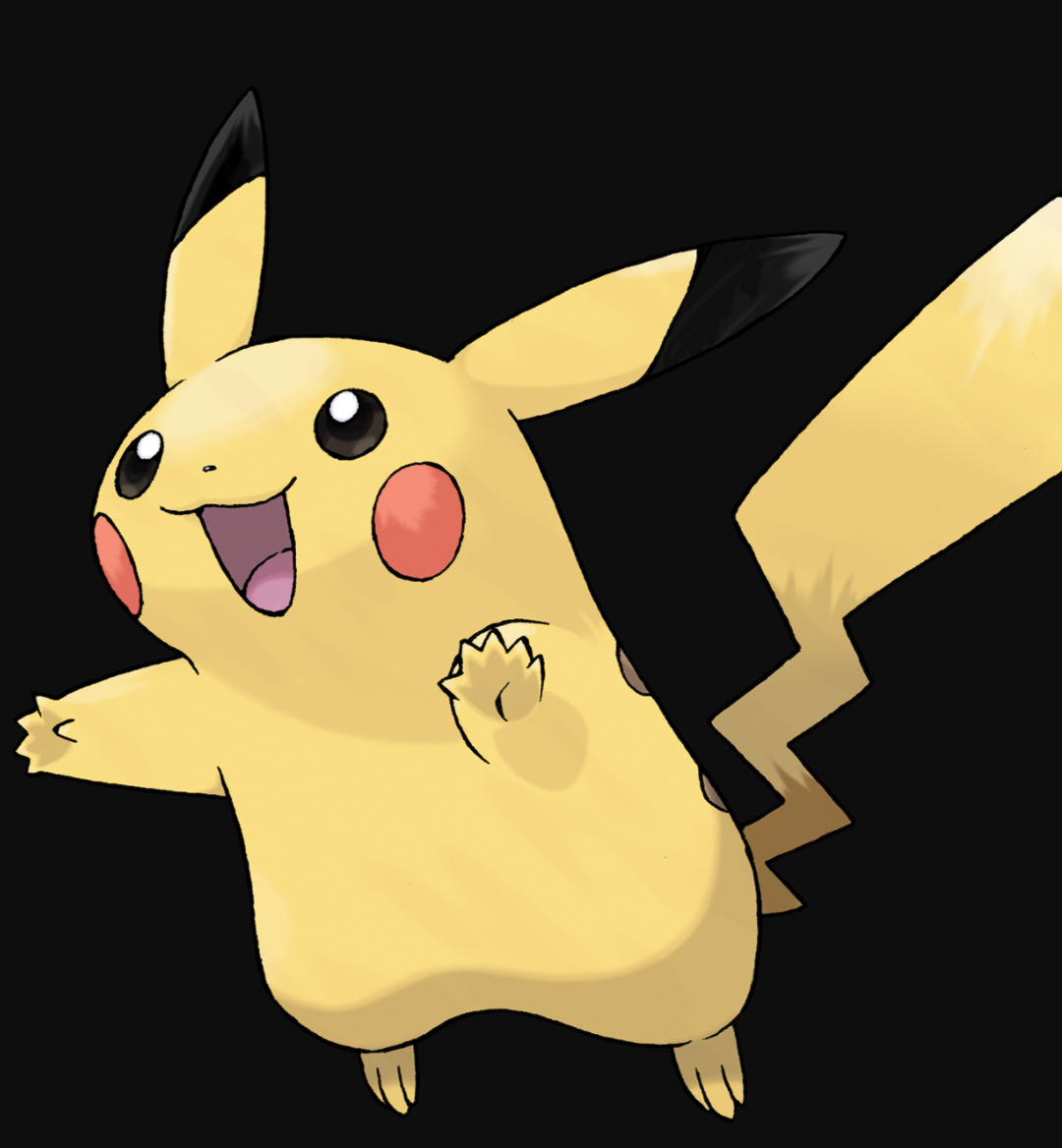 Have you ever wondered which Pokémon are the most powerful? Maybe, which ones specifically would dominate the rest? Well, we compiled a list of the 15 most powerful Pokémon & we think you might be surprised by a couple that made the list.

Let's see if you can answer the questions we ask & maybe you have what it takes to be a Pokémon master. 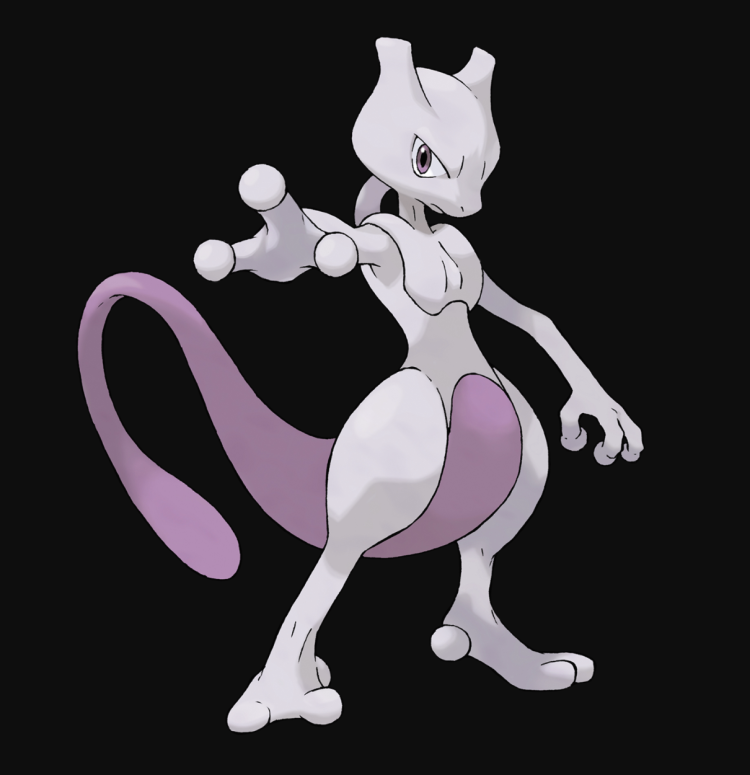 If one thing is certain, Mewtwo is the champion of Powerful Pokémon. Standing six-foot, seven inches, and 269 pounds, the scientific creation Mewtwo, is the spawn of a pregnant Mew that had its DNA altered. Capable of controlling the mind of its enemies & teleportation, Mewtwo is undaunted. In the recent Detective Pikachu film, Mewtwo’s abilities are on full display, personifying how devastatingly powerful this Pokémon is. There is no real match for Mewtwo.

Where was Mewtwo genetically modified? 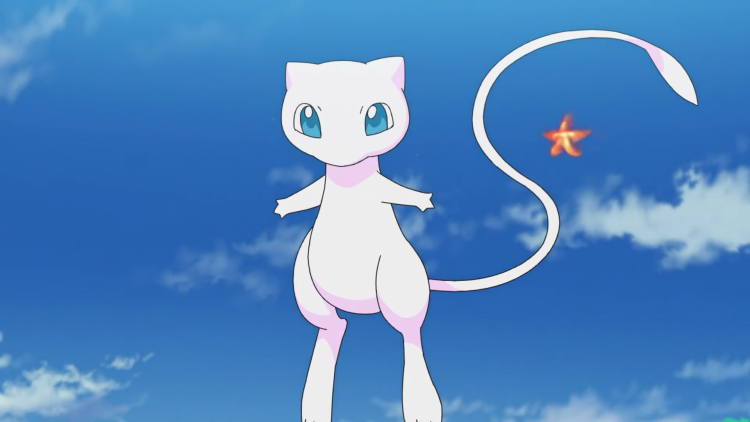 Although Mew is the last Pokémon in the 1st Generation, it has the DNA of every original Pokémon. Standing at 1’04” in height and under 9 pounds, you wouldn’t expect this adorable Pokémon to be capable of using any attack. Mew can also become invisible at will and is only able to be seen through a microscope. In Mewtwo Strikes Back, Mew battles Mewtwo to save humanity, with Ash Ketchum and Pikachu's help. Mew alone can’t beat the top Pokémon on this list.

What was the first English Mew Pokémon card? ​​ 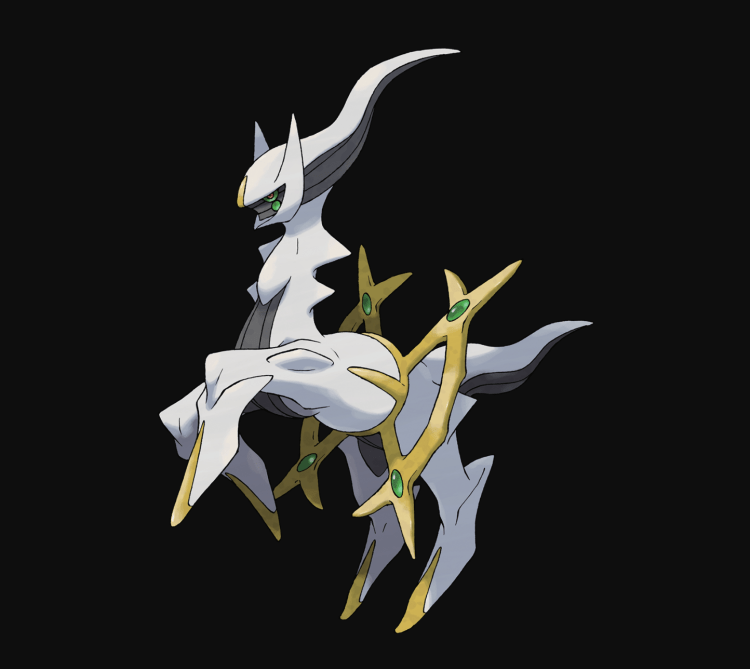 This is where things get hairy. Dubbed The Original One, Arceus is the most mythical of any Pokémon. Creating multiple regions (Ransei & Sinnoh) and maybe even the Pokémon Universe, Arceus is one of the oldest Pokémon even though he isn’t from the first or second generation. At 10” and over 700 Pounds, Arceus is imposing in character and ability. Capable of disappearing or stopping time, Arceus is arguably the most powerful Pokémon. It would be epic to see Arceus battle the remaining two on this list.

Answer: Arceus hatched from an egg when the world was empty, then began to create the world. 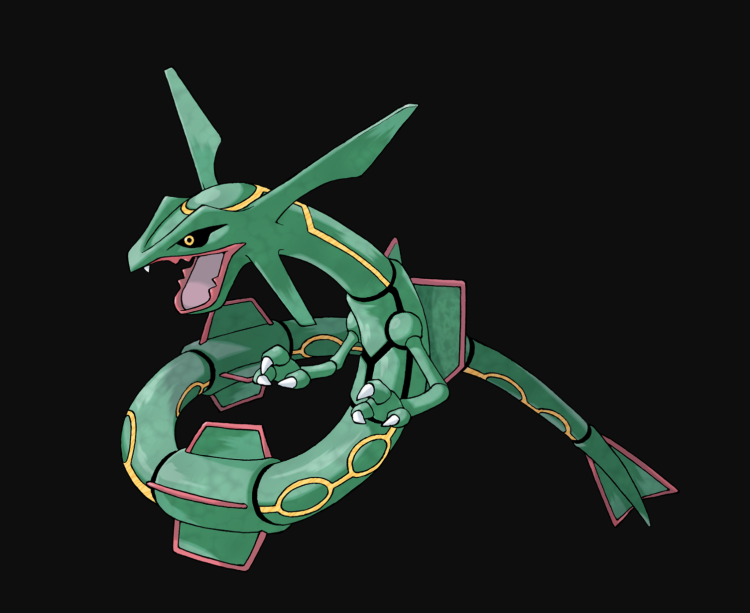 The massive Rayquaza is one of the oldest Pokémon, with estimations around multiple hundreds of years in age. At 23” and 455 pounds, this dragon Pokémon has the ability to fly and can unleash one of the strongest attacks of any Pokémon. Rayquaza is also the leader of the Legendary Birds of the Hoenn Region (Groudon & Kyogre) and even has the ability to calm its counterparts. Raquaza is the only Pokémon capable of learning Dragon Ascent, which inflicts damage and decreases the opponents’ defense and special defense abilities.

What game is the first one that Ryquaza appears in? ​​​​​​ 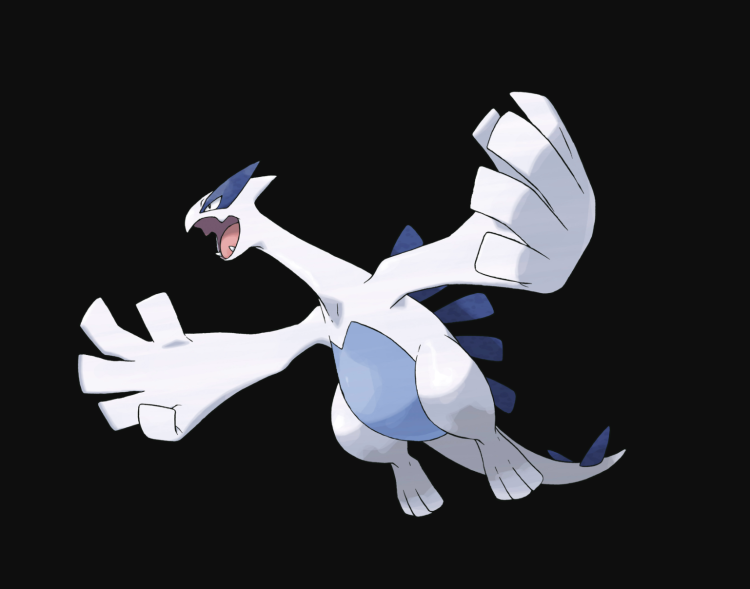 One of the most recognizable Generation 2 Pokémon, Lugia certainly has the power to back it up. Known as the “Guardian of the Seas,” Lugia has the ability to cause the seas to get rough or calm. When it comes to how powerful Lugia is, the estimation is that just flapping its wings can cause massive storms. Due to this, Lugia prefers to live deep in the ocean to avoid causing damage. Lugia is a Flying and Psychic Pokémon that doesn’t evolve and is the legendary birds' leader.

Do you know what Lugia was called before being identified? 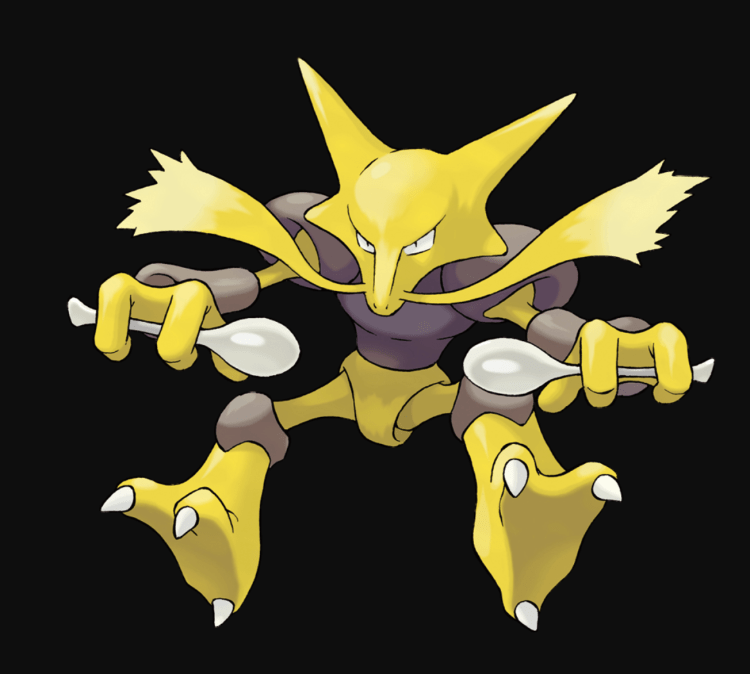 Grab your spoons! This Psychic Pokémon, Alakazam, utilizes spoons to increase his kinetic powers' strength and diminish the accuracy of his opponents’ attacks. The final evolution of Abra & Kadabra, Alakazam is just under 5” and over 105 Pounds.

Can you name the Pokémon higher on this list that defeats Alakazam in Mewtwo Strikes Back? ​​​​ 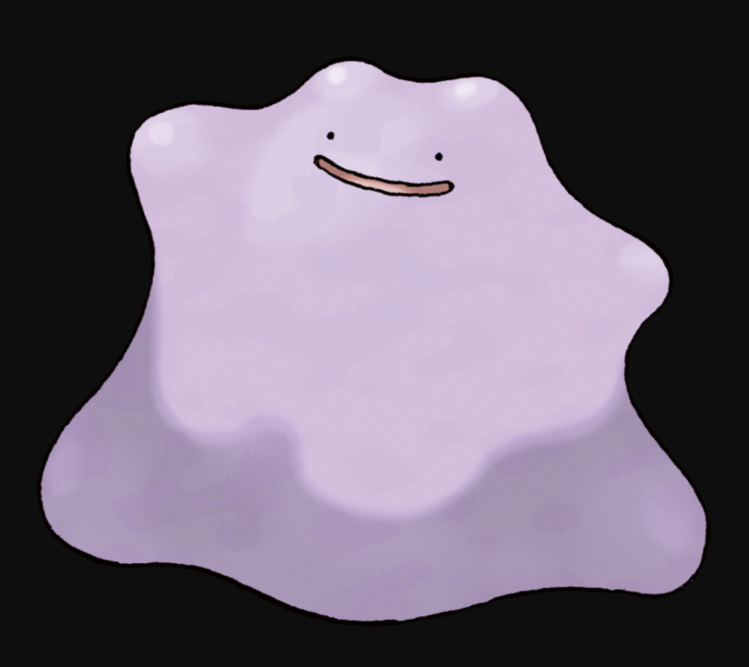 Are you scratching your head on this one? You shouldn’t be. Although Ditto looks like a purple adorable blob, this Pokémon can transform into any shape or Pokémon it desires. At a mere 1” and 8.8 pounds, Ditto is the smallest Pokémon on this list, but that doesn’t diminish its capabilities.

Do you know how to distinguish Ditto when it transforms in comparison to the real Pokémon? 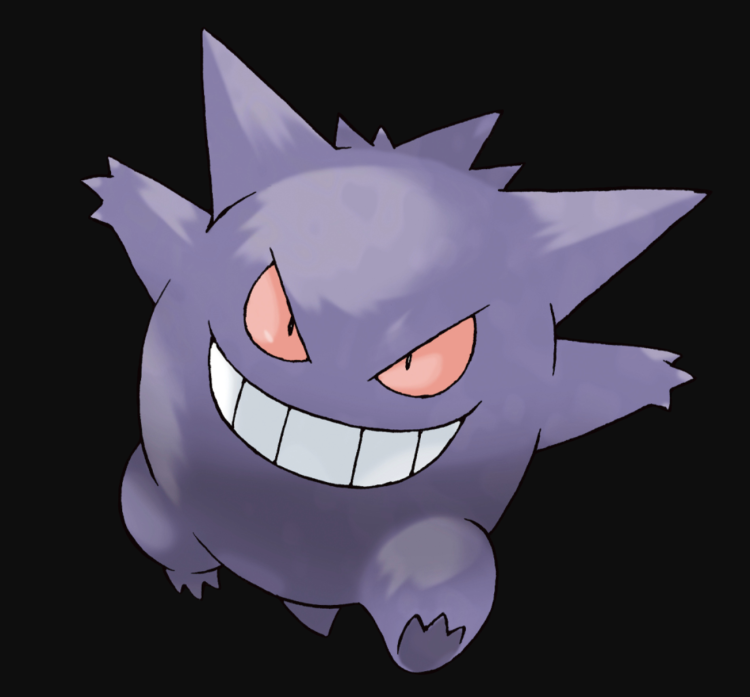 The mischievous Gengar is well-deserving of a top 10 most powerful Pokémon spot. Gengar, a Shadow Pokémon, is the third evolution of Gastly & Haunter. At 4”11 and 90 pounds, Gengar utilizes his size to terrify and prank people. Capable of flying and taking over a person’s mind, Gengar is not one to be trifled with.

Do you remember which Pokémon Gengar defeated in battle in the Detective Pikachu Movie? 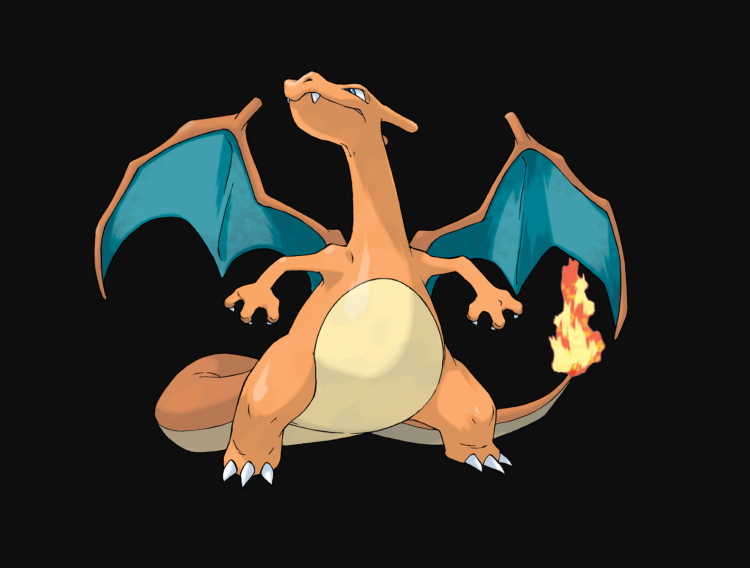 Is this the first shocker in our Most Powerful Pokémon countdown? The mighty Charizard is much lower than you anticipated, right? After all, ‘Zard is the hottest thing going in the card realm, but things are slightly different here. With that said, this was a tough decision, given the ferocity Charizard wields with his Flamethrower. The heat generated can melt boulders, glaciers, and even start forest fires. At five feet, seven inches, and roughly 200 pounds, this fire breathing Pokémon would be a tough test for just about any Pokémon. The third evolution from Charmander and Charmeleon, Charizard is a bonafide member of the upper echelon of Power Pokémon. 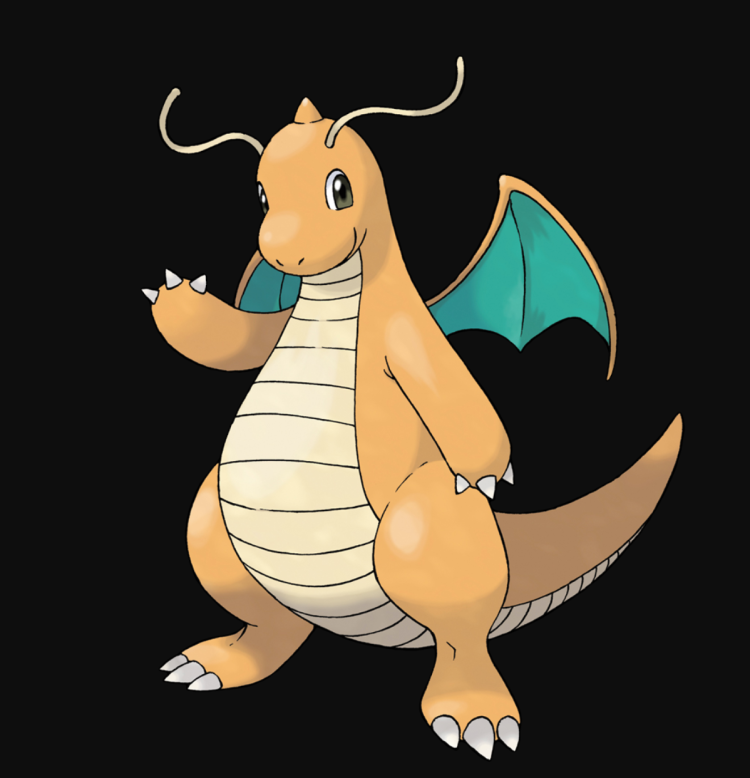 Dragonite is a bonafide member of the Most Powerful Pokémon. Why? Because this massive Flying Dragon Pokémon is capable of actually flying at over 1,500 mph while being over 7” and 460 pounds. Yes, Dragonite can break the sound barrier while flying. The final evolution of Dratini and Dragonair, Dragonite has the intelligence level of a human and is believed to aid people in danger at sea. On the contrary, Dragonite can become enraged when disturbed and has a rivalry with Kingdra when they cross paths. Like most of the Pokémon on this list, Dragonite is rare to see and capture.

Can you give us one of Dragonite’s nicknames? 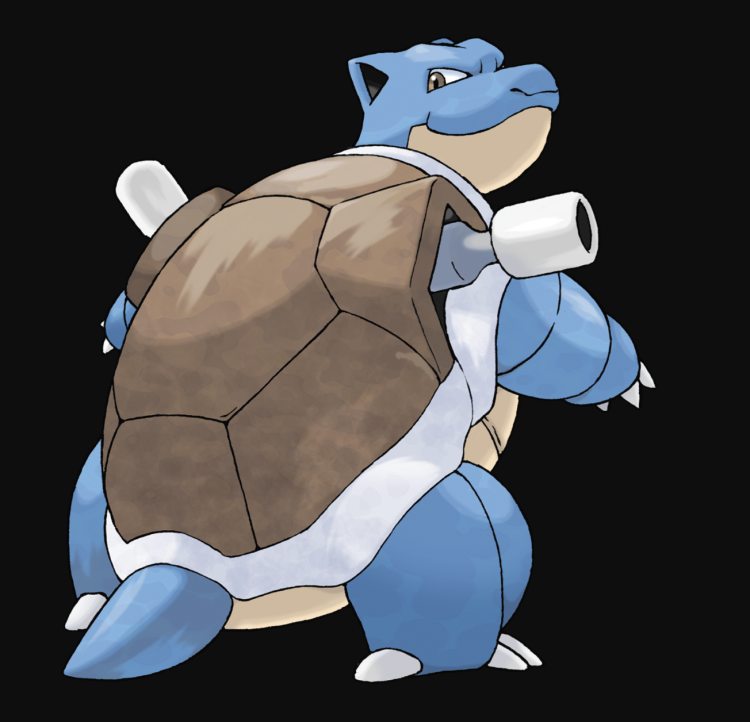 The Hydro Pumping Blastoise is a badass. This water Pokémon evolves from Squirtle & Wartortle and is one of the main characters in generation 1. With the appearance of a Turtle with cannons, Blastoise can reach 6 plus miles with each cannon blast. That’s impressive for a 5 foot 190 Pound Pokémon. What's more impressive is that the blasts can cut through concrete and even steel. With a preference for lakes, Squirtle, Wartortle, and Blastoise congregate, with Blastoise capable of leading the pack. 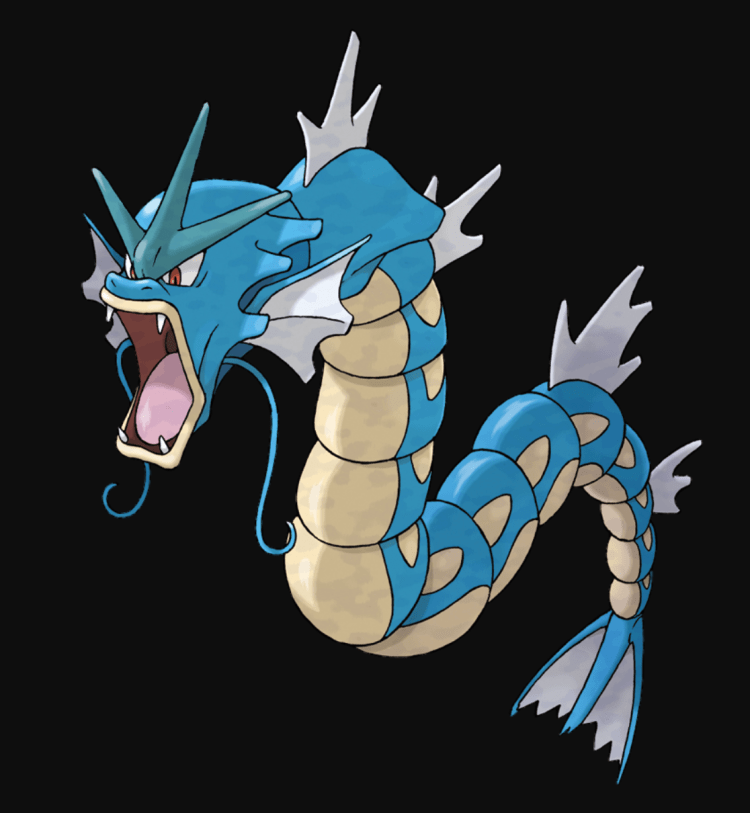 The process of Magikarp evolving into Gyarados is an arduous one but is ultimately worth it. With the appearance of a giant sea snake, Gyarados, the water and flying Pokémon is over 21” and 500 pounds. Capable of crushing stones with its fangs, Gyarados matches strength with ferocity by unleashing its wrath for up to a month when agitated. Capable of living in both fresh and saltwater, Gyarados can jump from land or sea and cover over 50 feet in the air. This rare Pokémon is certainly one of the most powerful and even has scales as strong as steel.

How Did Jesse And James evolve Gyarados in the anime show?

Answer: James kicked Magikarp into the water, enraging it enough to evolve into Gyarados 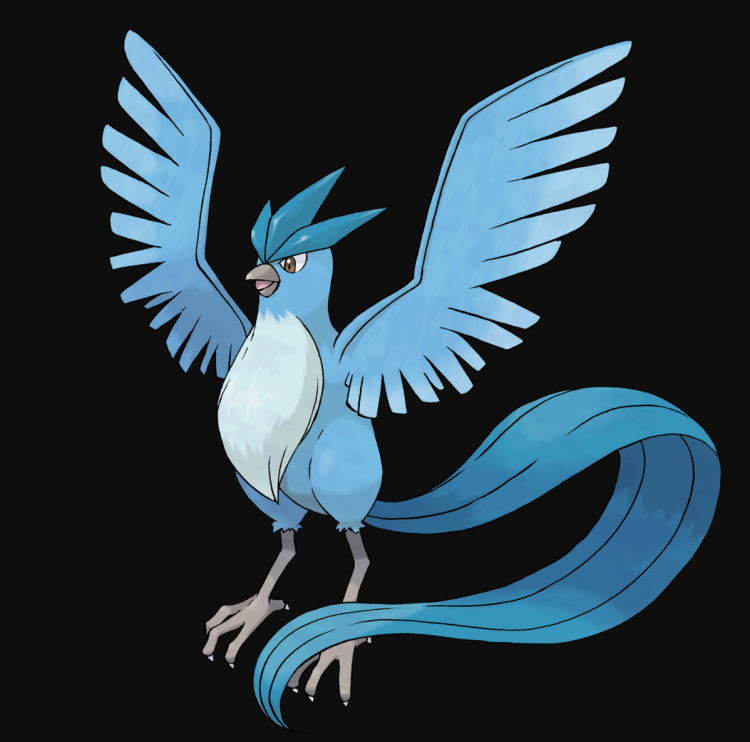 This Legendary Pokémon, Articuno, is one of the rarest Pokémon on this list. Articuno is an ice and flying type and is one of the three legendary birds, with Moltres and Zapdos being the other two. Articuno makes number 13 on this list due to its ability to create and control ice and all times. Articuno also boasts some psychic abilities, capable of freezing an opponent stiff with its eyes alone. With the flap of its wings, Articuno can cause snow to fall. Articuno prefers to habitat cold, icy mountains and has the ability to assist lost hikers.

Where is Articuno Located in Pokémon Red & Blue? 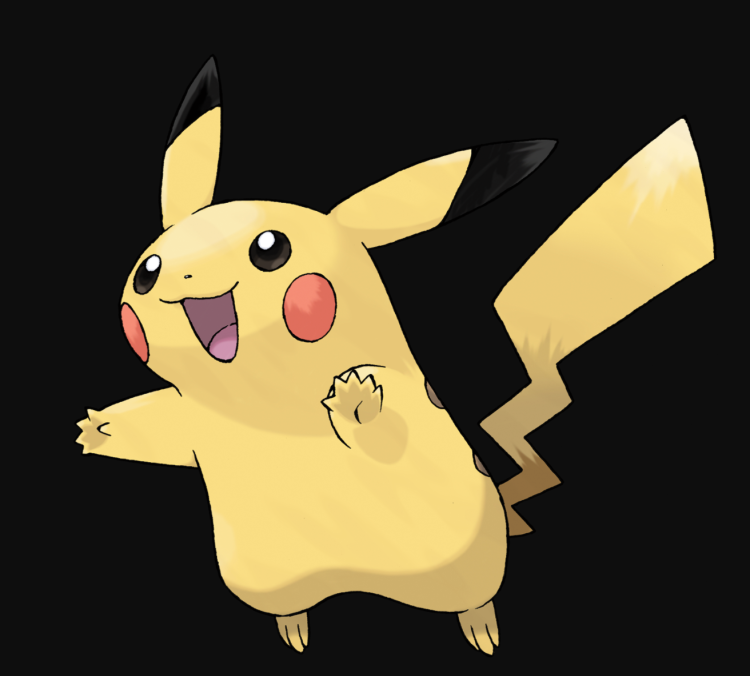 The Pokémon Megastar, Pikachu, is well-deserving of a top 15 spot on this list. After all, the electric rodent is a bolt of thunder, driving Team Rocket to the extreme lengths to catch em’. Capable of a 10 Million volt thunderbolt, Pikachu has serious power. At 1”04’ and 13 pounds, this electric type Pokémon can generate the same level of power as a power plant. Often found in groups, Pikachu’s send messages to one another through electricity. Pikachus can gain energy by being struck by lightning and eating electronic equipment such as telephone poles. Evolving from Pichu and having the capability of evolving into Raichu with the Thunder Stone, Pikachu stands alone from the rest of Pokémon capable of evolving. It’s as if you always have to have a Pikachu, thanks to the feisty, lovable character on the anime show and later in the Pokémon Yellow game. 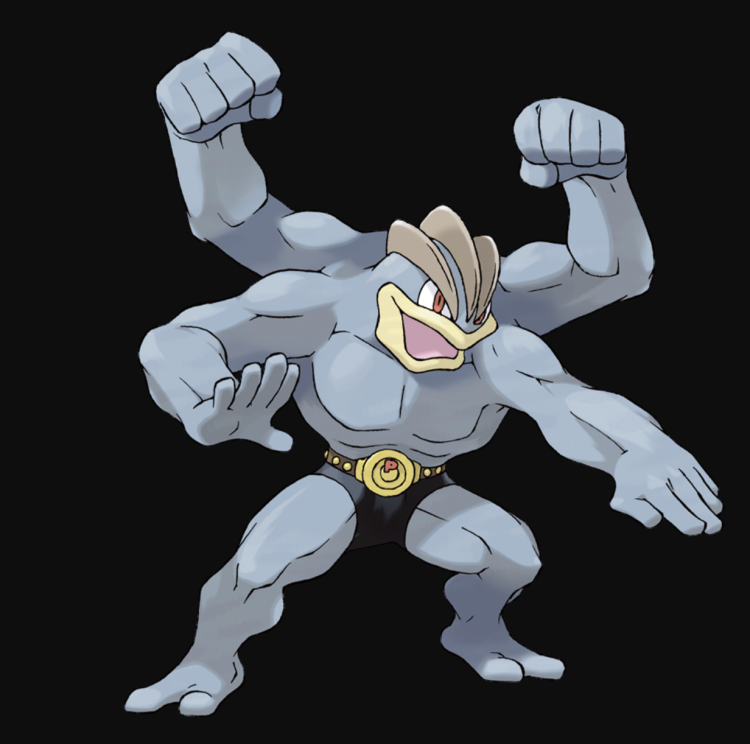 The four-armed fighting Pokémon, Machamp, knows every martial arts style. Capable of punching 500 times in a single second, Machamp has plenty of power. How much? Well, let's say Machamp can move a mountain with a single hand. With the evolution of Machop and Machoke, Machamp can fight and defend itself with all four arms at once. The belt Machamp wears is necessary to limit Machamp’s movement. Due to its arms moving so fast at once, they can get tangled up. At 5”3’ and just under 290 pounds, Machamp is a strong first entry in this list.

What job does Machamp have in Rhyme City in Detective Pikachu?