‘In these large, theatrical places, I really start to feel like I’m the last person alive on the planet’ 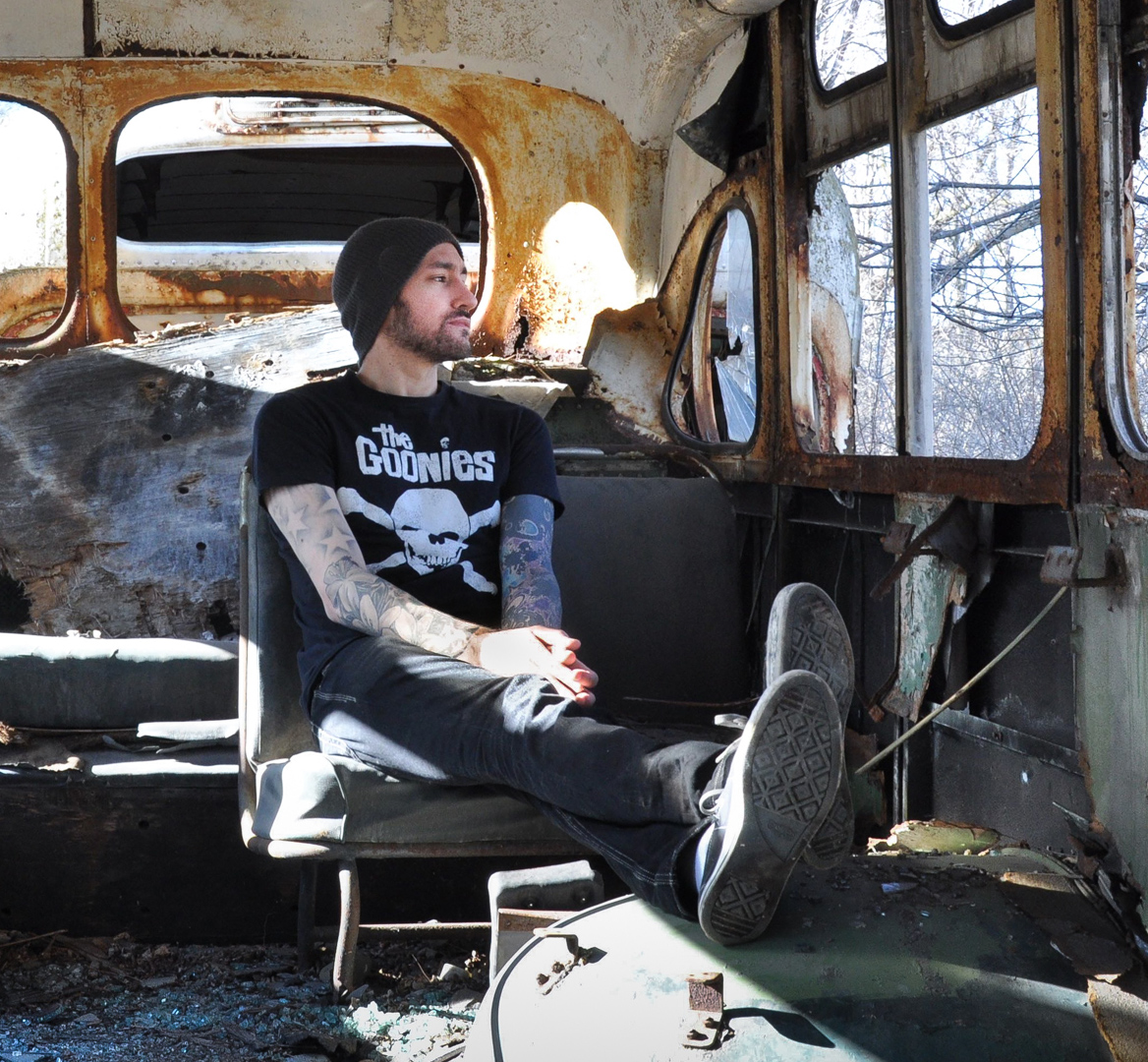 A city skyline or a blood-orange sunset may be fodder for the average aesthete with a camera, but not for photographer Seph Lawless.

As his pseudonymous moniker may suggest, Lawless isn’t interested in producing the run-of-the-mill images that would suit a postcard. Carcasses of dilapidated houses, amusement parks and churches are his muses. He’s risked life and limb (and even sustained a lifelong ban from Disney) in pursuit of the perfect shot—the one that shows his audiences the underbelly of America “from the comfort of their suburban homes and their smartphones.” 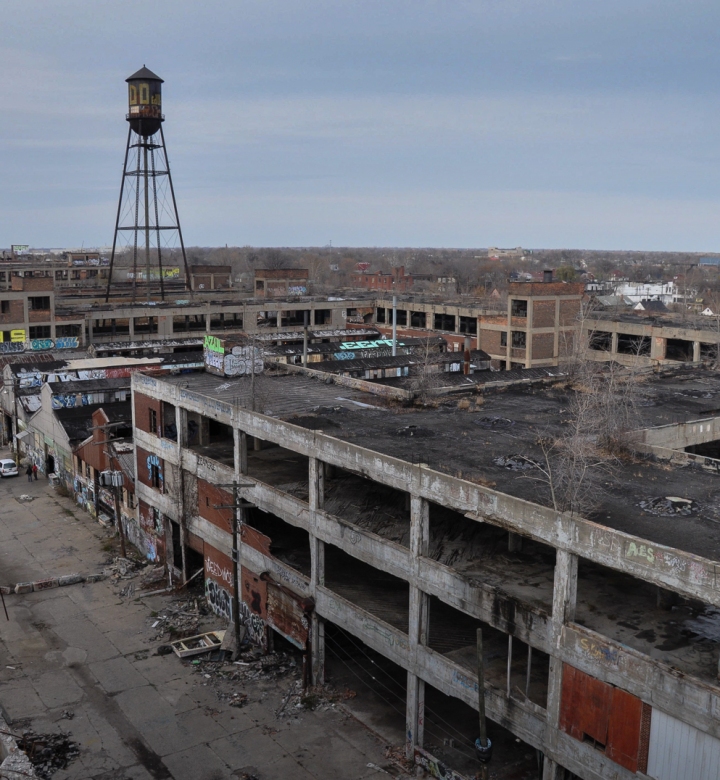 Homegrown in Ohio—“the ruins of the Rust Belt”—Lawless found inspiration in the abandoned and overgrown sites around him, evidence of the area’s massive population loss since World War II. His work captures the eerie rather than the elegant, and his ominous images continue to intrigue audiences.

Today, he’s a sought-after freelancer, hired by CNN, The Weather Channel and more. He has appeared on television. The National Archives even purchased some of his images, preserving his work for future generations. Already a published author, he’s preparing for the release of his third book, highlighting abandoned shopping malls across the country, and in just a few weeks, he’ll visit Chernobyl.

Lawless took some time to talk to ONE37pm about what inspires him, what led him to success and where he’s going next. 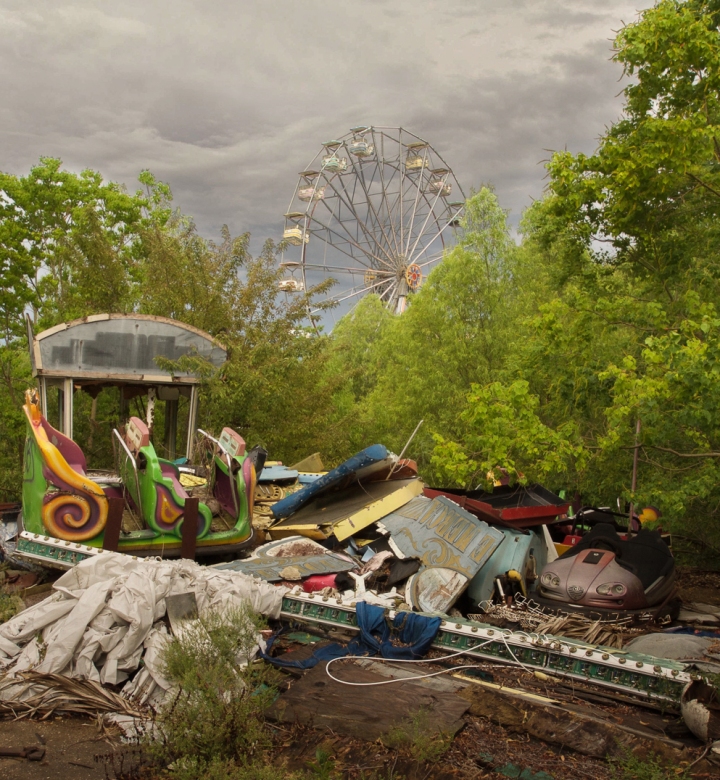 You have more than 260,000 Instagram followers. How did you begin to build your social media presence?

Seph Lawless: It’s probably the most common question that I get, and I think there are a few different ways that I did that. I think the timing was crucial for me, being that I was active within the Instagram app itself in its infancy in 2011. And I was doing things that a lot of people, at least at that time, were not doing. [Instagram] allowed me, as an artist, to reach a global stage and that is really, really difficult to do.

You mentioned turning your hobby into a business. How did you start building up clientele and funding your trips to photograph these places?

Lawless: That was a slow transition. I did this as a hobby, didn’t make a dime probably till a good decade, to be honest. I was doing it for fun. I was a local entrepreneur. I had a little bit of a business background, so I think that little bit of a business acumen kind of helped. And basically how it started in terms of getting even a penny for my work was a few projects of mine over the years went viral and got a lot of response. It got people writing, “Hey, I want prints. I want a picture of that. I want to hang it up in my house. I want to use it as my screensaver.” And these are just regular people.

When I speak to high schools and colleges and upcoming photojournalists about this, they want to know how much money you make. Generally, authors don’t make a terrible amount of money, unless you’re J.K. Rowling or Stephen King and you’re getting these million-dollar advances. I was lucky to get an advance at all for my first book, and I’ve scaled that since. But generally, authors get anywhere from 10% to 15% per book sale, so you’re not gonna make a killing. You’re gonna make more money on the advances.

But then I started selling images to the press, to the media. The other day I sold a big abandoned mall photo to the Wall Street Journal. So it’s the kind of transition where the money comes from, but at this point it’s kind of just branching out as much as I can and staying viable in this community, which is something you constantly have to stay up on in a social media world. 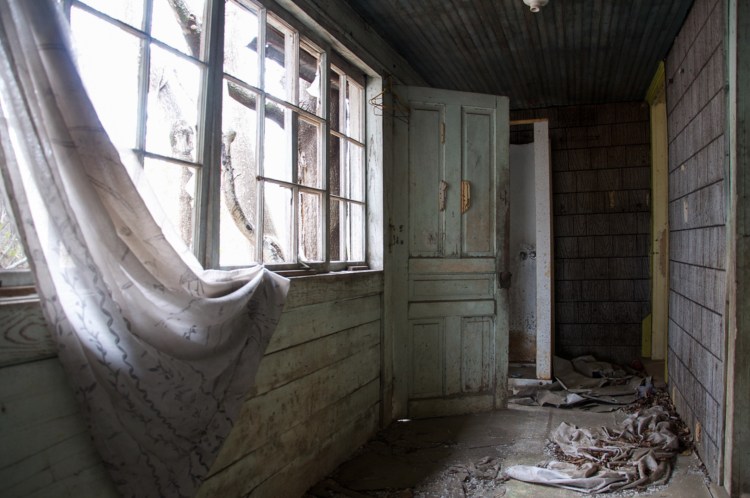 What’s the creepiest place you’ve ever been?

Lawless: There was a mall in St. Louis that I dubbed the creepiest mall I’ve ever been in. And I’ve been in a lot of abandoned malls, but that one particularly was pretty creepy. The coloring—that’s a weird thing to say—but it felt like I was just walking inside a horror movie, waiting for someone to pop up. It really kind of creeped me out.

Another one was an abandoned ghost town out in Picher, Oklahoma, which was a super fun sight. The government went in and forced all the residents to leave after lead was poisoning the kids and everyone in the community. Unrestricted mining was going on for years and years in this small section of this Oklahoma. You go into these houses with picture frames and clothes and it’s just so wild. You can’t even drive because of sinkhole risk all throughout because of the mining. At one point, my foot goes through, believe it or not. There are holes that you could just walk by, sinkholes. Every step I took literally could have taken my life. 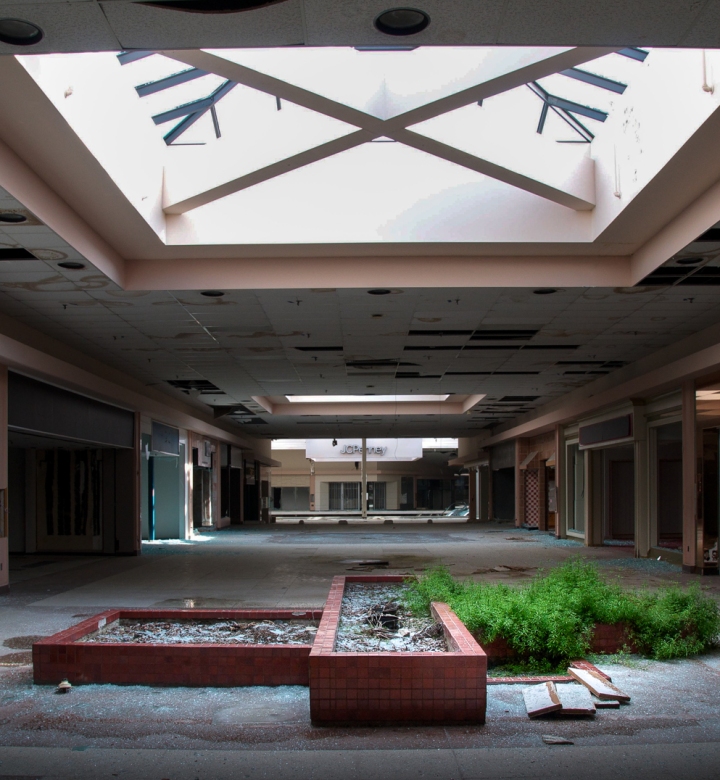 I wanted Americans to see what was happening to their country from the comfort of their suburban homes and their smartphones.

You call yourself an “artivist,” using your craft as a weapon to fight injustice. How do you believe your photos can connect with larger issues?

Lawless: My dad was a worker for a motor company, so we were very invested in the community. Through my eyes, I’ve seen the rise and fall of the automobile empire, if you will. And so I thought it was important for people to see the effects of globalization and outsourcing American shops on the cities around me. And I thought that was important to see because I knew a lot of people weren’t seeing it. Now, when I was sharing these images, people were writing me from other countries and saying, “That’s not America. That’s a third world country, right?” So I wanted Americans to see what was happening to their country from the comfort of their suburban homes and their smartphones. 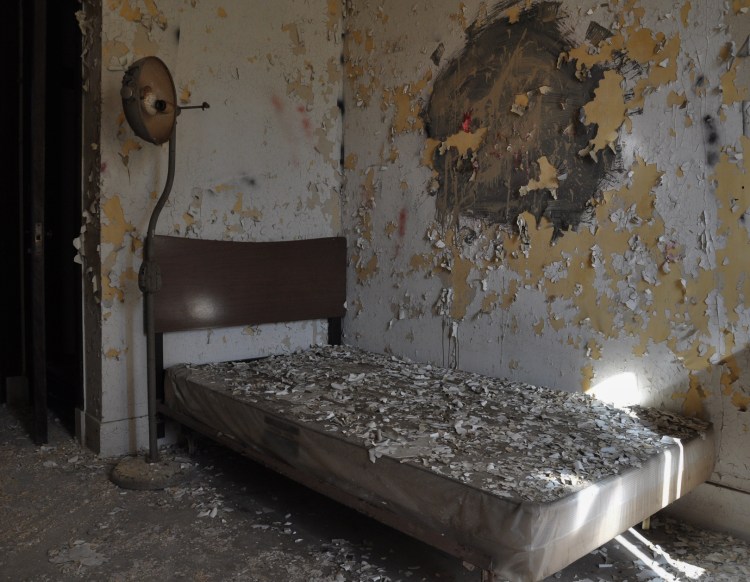 And one of the things I noticed early on, going out from the suburbs into these depleted areas was that these places weren’t necessarily abandoned at all. I mean, the places themselves were. But as I went in and went out, I started to see some of the most poor and disenfranchised Americans in the country, oftentimes minorities. Oftentimes these places were not only neglected and out of sight from most Americans’ view, but the problems of the people who were still living there were being ignored too. And that’s when I knew I had to shift and kinda tell their story in some way, so I started interviewing people in these parts and going in and trying to convey messages of what they were experiencing and their hardship.

When you enter these abandoned sites, what is the energy like? How do you feel when you’re in these places, often by yourself?

Lawless: Yeah, it’s true, I’m usually by myself and it’s kind of by design. I’m afraid if someone else is with me that they might get hurt or they might throw me off a little bit. I really like to be alone because I have a good bearing of my surroundings. If I hear something, I know it’s not the person behind me or in front of me, and I kind of feel more in control or more safe that way, believe it or not. In these large, theatrical places, I really start to feel like I’m the last person alive on the planet. No one’s around for several blocks or even miles.

In these large, theatrical places, I really start to feel like I’m the last person alive on the planet.

It’s a little spooky. It’s a little eerie. You feel like you’re the last person alive and everyone died, and it’s really apocalyptic. Also, it can be sweeping; the emotions can be wide and vast. I might be in an abandoned amusement park or mall I grew up in and it’s bringing back memories. I remember when it was open, and I remember riding that ride or shopping at that store, and I’m in the mall now a decade later and it just looks like something out of a war zone. It looks like a bomb has dropped and America is struggling to survive. So you can imagine the feeling of that. 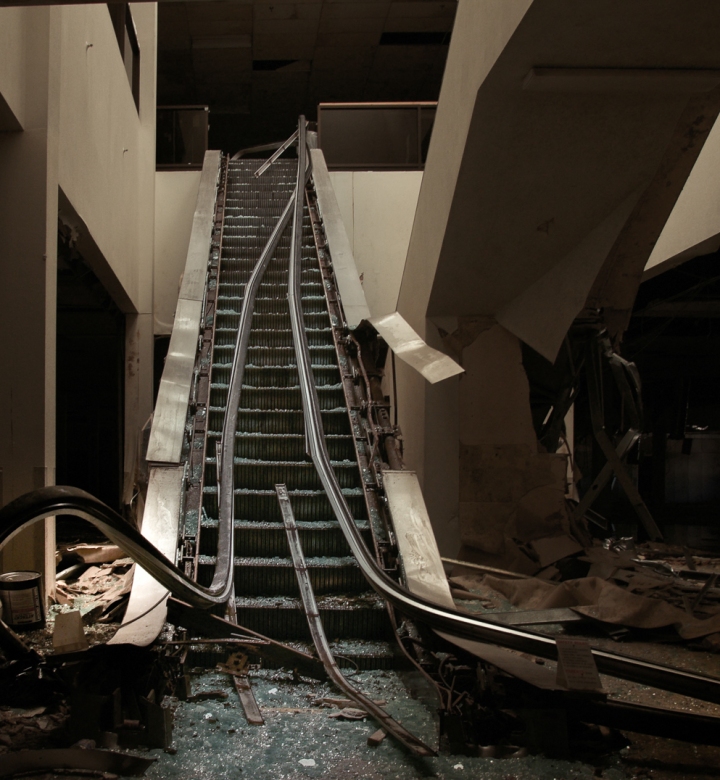