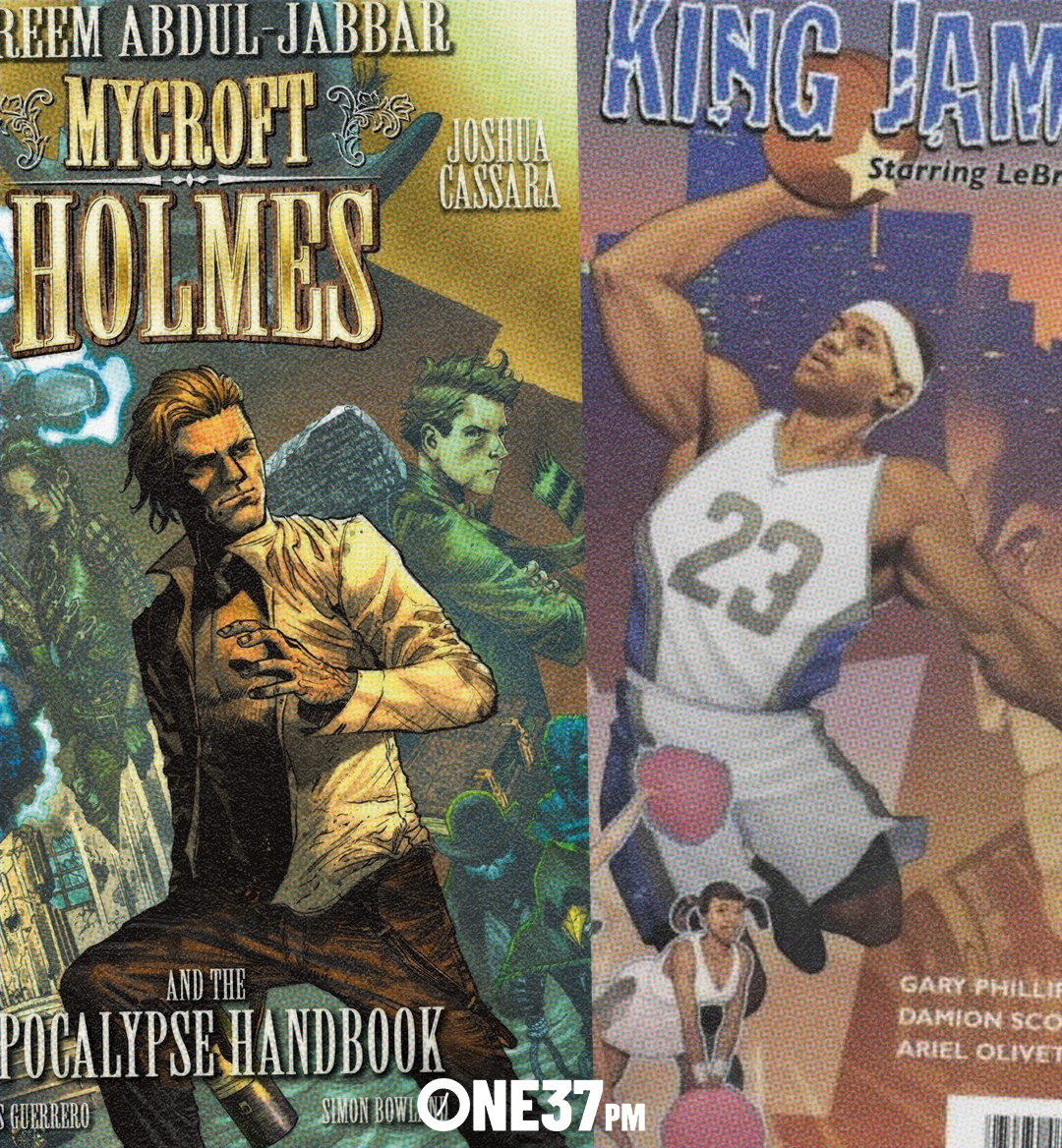 It's that time of year again. Finally, conventions are back! While there are several comic cons going on around the country this weekend,  there is one convention that has the attention of the masses like no other. The NSCC, aka The National Sports Collectors Convention (or "The National" as it's often referred to as) is moving the needle and even sees some crossover into the world of comics. All of the grading companies are present and a simple walk around the show floor will see an ever growing comic book presence.

With that said, this isn't the only time comics and sports have crossed over. In fact, the relationship between the two markets has always been strong. So many athletes have rich comic book fandoms and many comic book professionals and fans also have a favorite team or sport they are heavily invested in.

In honor of The National, this week we'll look at 5 of the best sports and comic world crossovers: 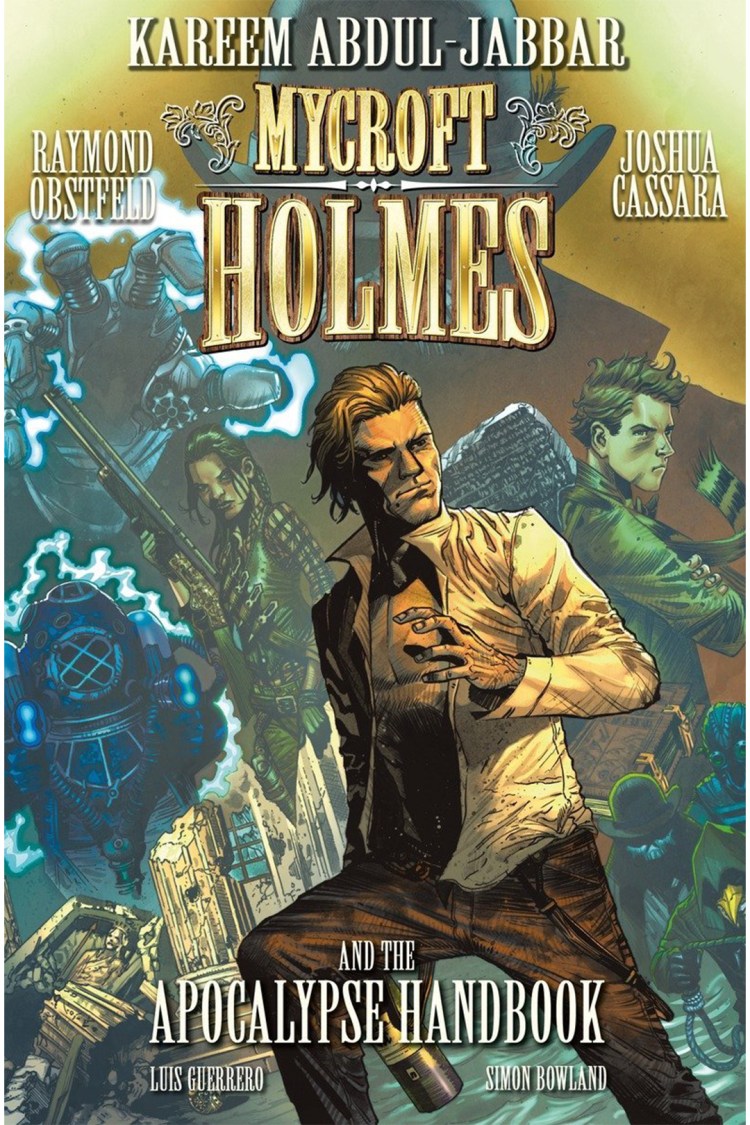 Mycroft Holmes and The Apocalypse Handbook is a story that continues the lineage of Sherlock Holmes, but with his son as the focus. Kareem is of course the all time leading NBA scorer and multi-time champion. In addition to being one of the greatest players to ever step on the court, he is a well respected civil rights activist and author. The guy has become a liberal Renaissance man since his retirement, having dabbled in so many things both basketball and non-basketball related.

I imagine even some of those on the show floor buying slabbed Lew Alcindor (the former name of Jabbar) rookie cards for top dollar aren't aware of the existence of this book. 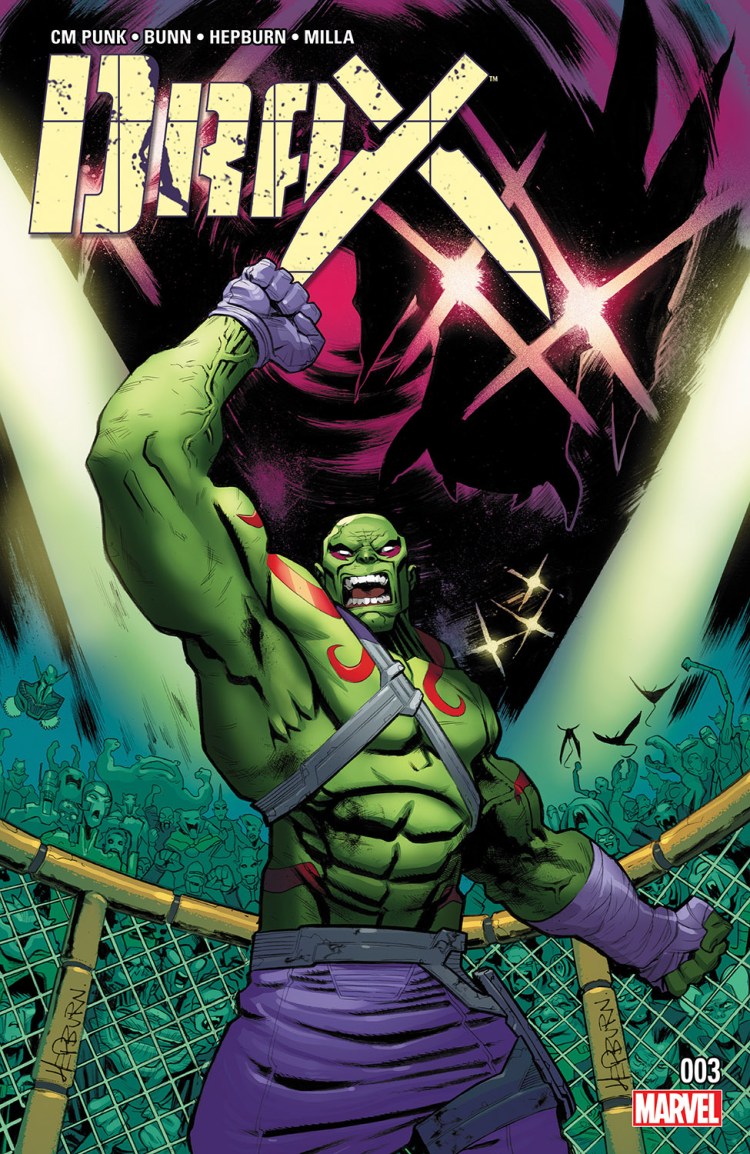 CM Punk has been dominating the news cycle of late with rumors running rampant of his possible appearance on AEW Rampage and the subsequent All Out pay per view right here in the Windy City. Punk is a long known comic book die hard who even pulled his signature "It's Clobberin' Time" entrance from Marvel's The Thing. His wife, AJ Mendez (the former AJ Lee in WWE), has turned to comic book writing in her post wrestling career and Punk would dabble in the same field as he was announced to be the writer of Marvel's Drax in 2016.

The popular Guardians of The Galaxy character finds himself stuck on a planet where wrestling style gladiator matches are held featuring some of Marvel's most popular cosmic characters. The story was honestly fun and really elevated a supporting character like Drax. While Drax may be a smaller character in the grand scheme of The Marvel Universe, he is iconic due to Dave Bautista's performances as the character in the MCU. For that reason, most were stunned by Punk being tapped for the writing job. If Punk's UFC career taught us anything, it's that he is fearless when it comes to trying new careers in the public eye. I personally hope he makes his return to writing again, this time hopefully with a Punisher story that he teased would be his dream to write. 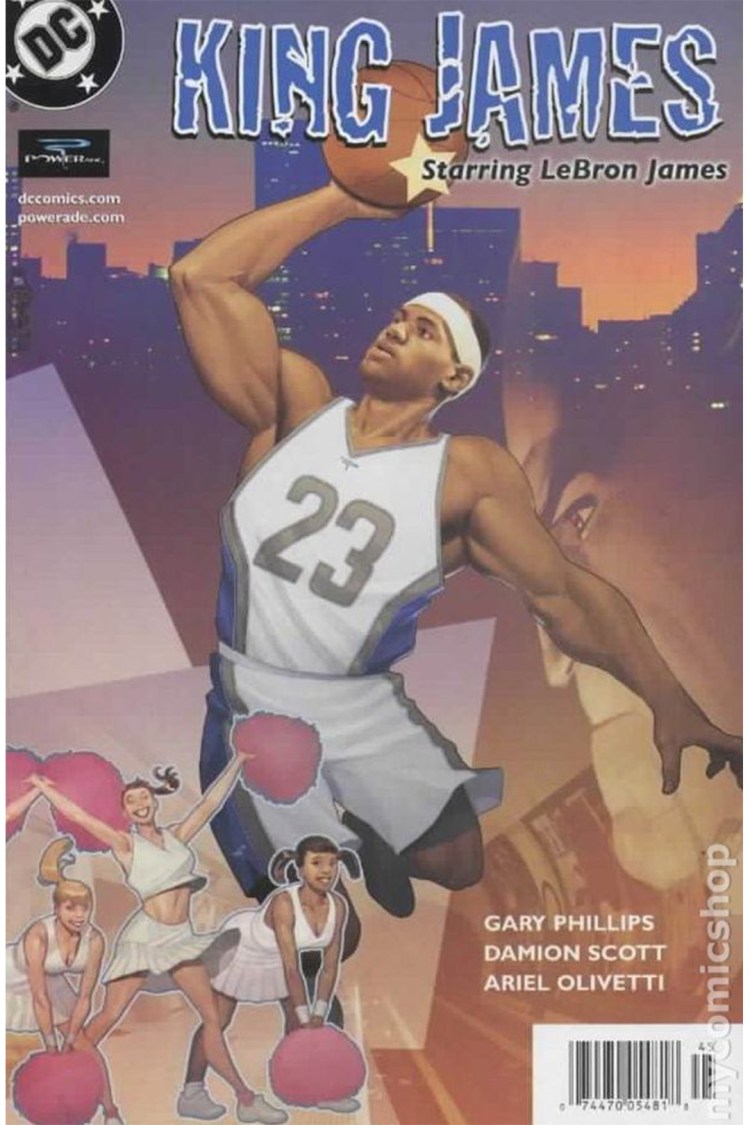 This promo comic was a giveaway one shot from Powerade and DC Comics during LeBron's rookie season in 2004. This book features several variant covers (some with downright atrocious cover art) with the epic Jock (DC cover artist) cover leading the way.

This comic was historically overlooked, but in the last year—largely due to Lebron's Topps Chrome rookie seeing major spikes and investments—the book seen a rise to prominence, becoming a secondary market darling. I think this book has room to grow as well, as most die hard LeBron fans aren't aware of the book's existence and its rookie year tie-in. 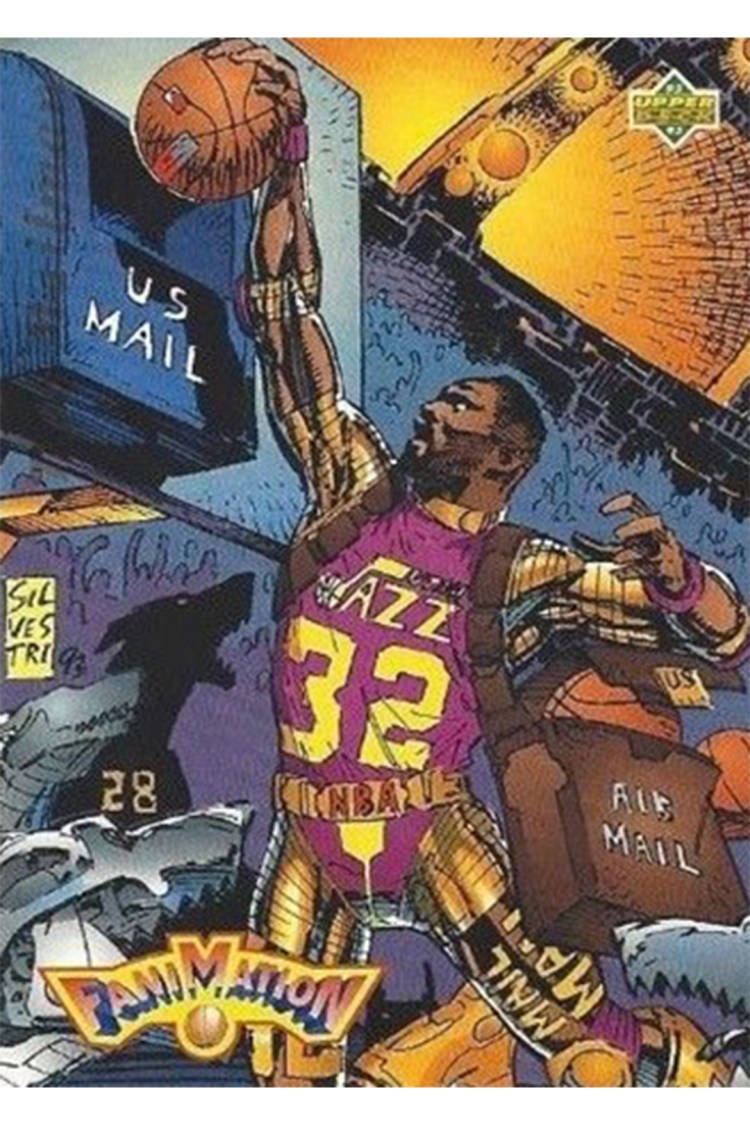 Now to hammer home my point about the long history of the sports and comics worlds co-existing: I bring you one of the oldest comic-themed insert sets (looking at you Kaboom) with Upper Decks' Fanimation.

This insert set was featured in both football and basketball releases and depicts some of the game's greats of the time as superheroes in fantastic comic art insert cards. With Bird, Magic, Jordan, Dan Marino, Deion Sanders and so many more, the set really captures some of today's most recognizable GOATS in the world of sports. What sports fan may miss, however, is who did the art for the cards.

These inserts debuted right during the heart of the Image Revolution (an amazing documentary of the same name is on Amazon Prime) and featured art by the likes of Jim Lee, Rob Liefeld, and Marc Silvestri. Not only are those three wildly popular creators famous for the founding of Image Comics, but they also set some enormous sales records at Marvel. This is an insert set with massive potential. I think both comic and card buyers should be on the lookout for these inserts.

We collaborated with @Marvel on a series of initiatives this season 💥

This week saw a major crossover announcement as Marvel and The Giants will team up this year to produce a 30k print run promo comic featuring the team's stars like Danny Dimes, Saquon Barkley and Blake Martinez.

The comic will be distributed ahead of a Giants vs. Panthers game this season and it will be interesting to see how many mint copies actually make it out of the arena in one piece.

This type of largely visible collaboration is one that will no doubt resonate with a cross section of fans. We have seen Marvel do promo comics for movies/sports and mock up art for social posts, but a physical comic featuring an NFL team is pretty cool. It will be interesting to see if other teams take a cue from The Giants.

What comics and sports have in common is that they give us a break from our daily lives and allow us to lose ourselves in our fandoms. It's only natural that these two worlds collide as today's sports heroes are truly our real life superheroes, performing feats and heroics most of us could only dream of. Many of the same collectors and fans who go to a Marvel film on a Friday are glued in front of a television watching football on a Sunday. So don't sleep on these crossover collectibles as both markets explode simultaneously; it's only a matter of time before this cross section gets its just due. And hey, if you're a fan of both, what could be cooler?