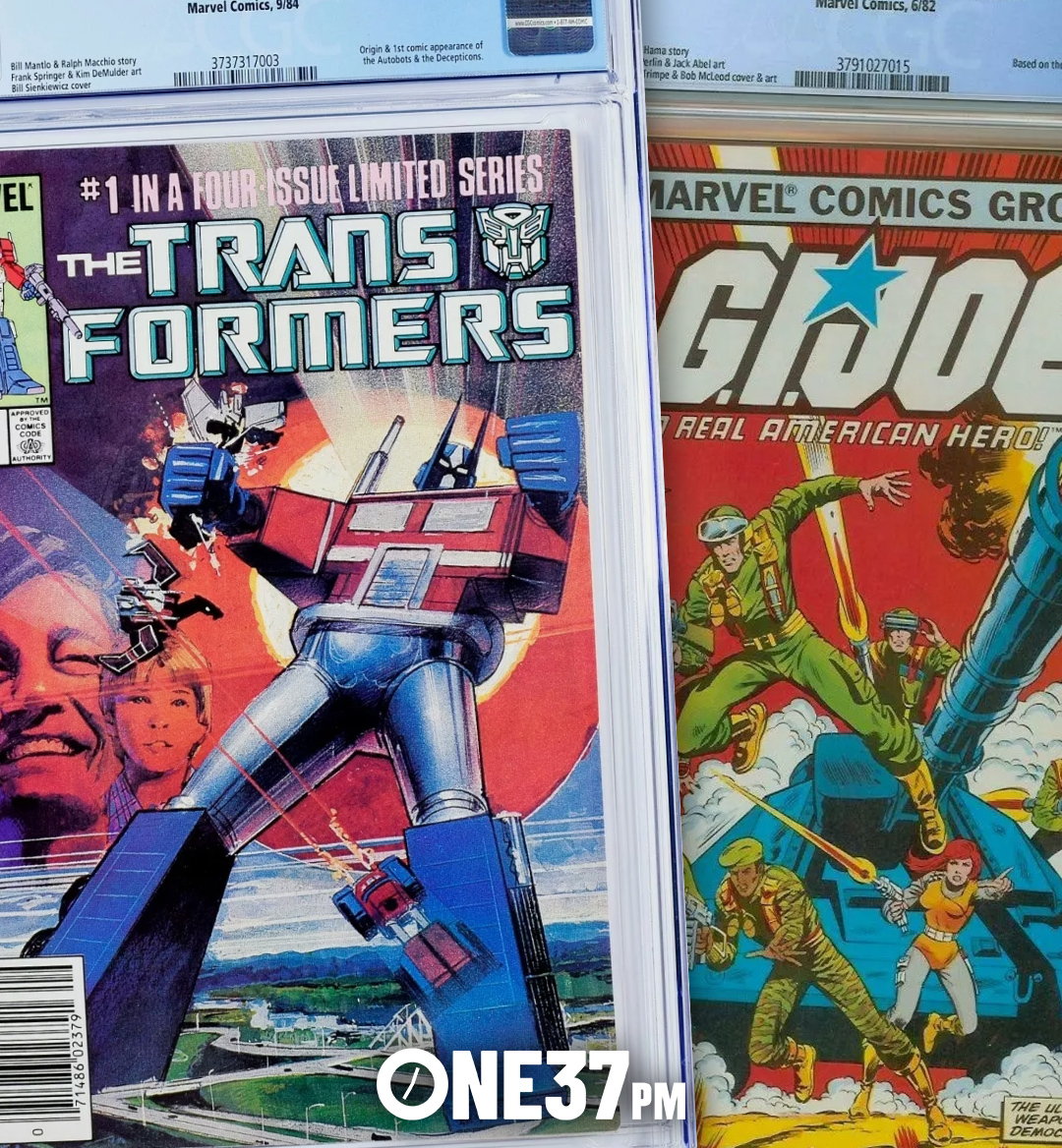 Last week I talked about the Thundercats and the upcoming movie that had CGC 9.8 copies of Thundercats #1 at $2,000. But that's only the tip of the nostalgia iceberg. Cartoon and Toy IP from the 80s and 90s has been red hot over the last year, with many properties seeing film and television series revivals in the works. This is an investment play I have been championing for several years. I think for certain generations these properties provide a natural connection that can provide ROI for Hollywood Studios and collectible investors alike.

When you think about cartoons, toys and feature films in the 80s and 90s, few come to mind like TMNT. Many casual Shell Heads aren't aware that this IP actually originates in comic book form with a meager 3,000 copies printed of Kevin Eastman and Peter Laird's Teenage Mutant Ninja Turtles #1. This book has always been a Grail to many in comic books, but is a rare book to even see come to auction. In 2019, a TMNT #1 sold for $90,000. Since then, copies have sold below that amount, but of late few have even come available for sale. The lowest listed copy on eBay for instance is a $175,000 Buy It Now.

This property continues to see heat due to the IDW published current ongoing series from Tom Waltz and current writer Sophie Campbell. This series has had its share of groundbreaking moments, but none more shocking and potentially relevant to investors than the events of TMNT #95 from the IDW. This sees former Foot Soldier Jennika become a Turtle after a transfusion and eventually join as the 5th member. This gives the 4 brothers a sister and provides a sense of representation for female Turtle fans that had been lacking in the series. TMNT #95 sells for about $250 in a 9.8 and the mass public still is not aware of the Yellow Bandana-wearing 5th turtle. With two spin off series already in the bag, this character's popularity has been proven and is only a Toy or Film appearance away from prices exploding. 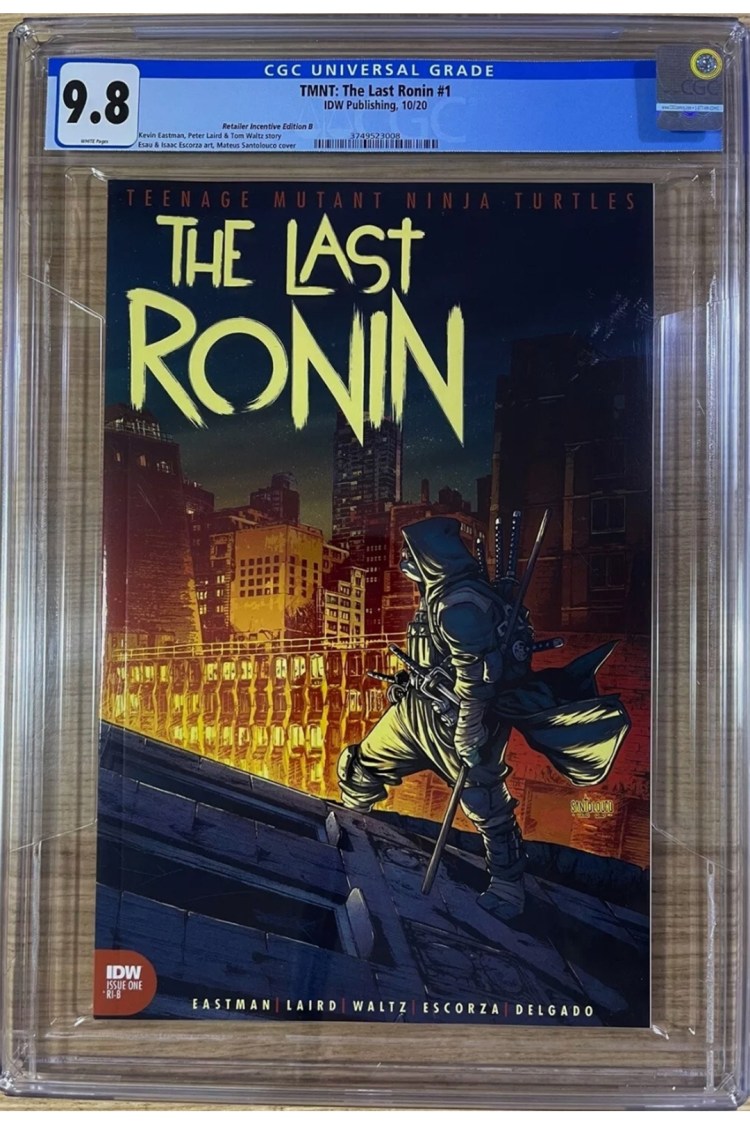 Also from IDW is the red hot mini series The Last Ronin. This tells a future story written by the TMNT co-creators Eastman and Laird about the last living Turtles. This story is a return to the Turtles' gritty past and has seen record sales and popularity. Currently the 1:10 and 1:25 ratio variants are selling below Cover A, which is highly irregular. With some market correction, there could be some potential for profit there. I also believe we are amidst the release of a timeless classic comic story. The long term value of this series is something that intrigues me.

With all of this in mind, we are due for a rebooted film franchise. Before we get more live action (which is supposed to be imminent), a CGI feature film is in the works from Seth Rogen and Evan Goldberg. This teen focused film has a real chance to break out the way Spiderman: Into the Spider Verse did. I am very bullish on the Turtles going forward.

Amazon is entering the world of 'G.I. Joe' with a new TV series focused on the character Lady Jayehttps://t.co/2nvE0Qikb2

Another property currently published by IDW is G.I. Joe. The popular 80s franchise has seen its day in Hollywood and is coming back for more with a new GI Joe franchise on the way. This time, instead of a team movie, it seems Hasbro is taking the MCU route by introducing us to characters individually before putting together a team. It all begins with a Snake Eyes solo movie, due to hit theaters in October, and will be followed up with an Amazon Prime Series focusing on G.I. Joe team member Lady Jaye. 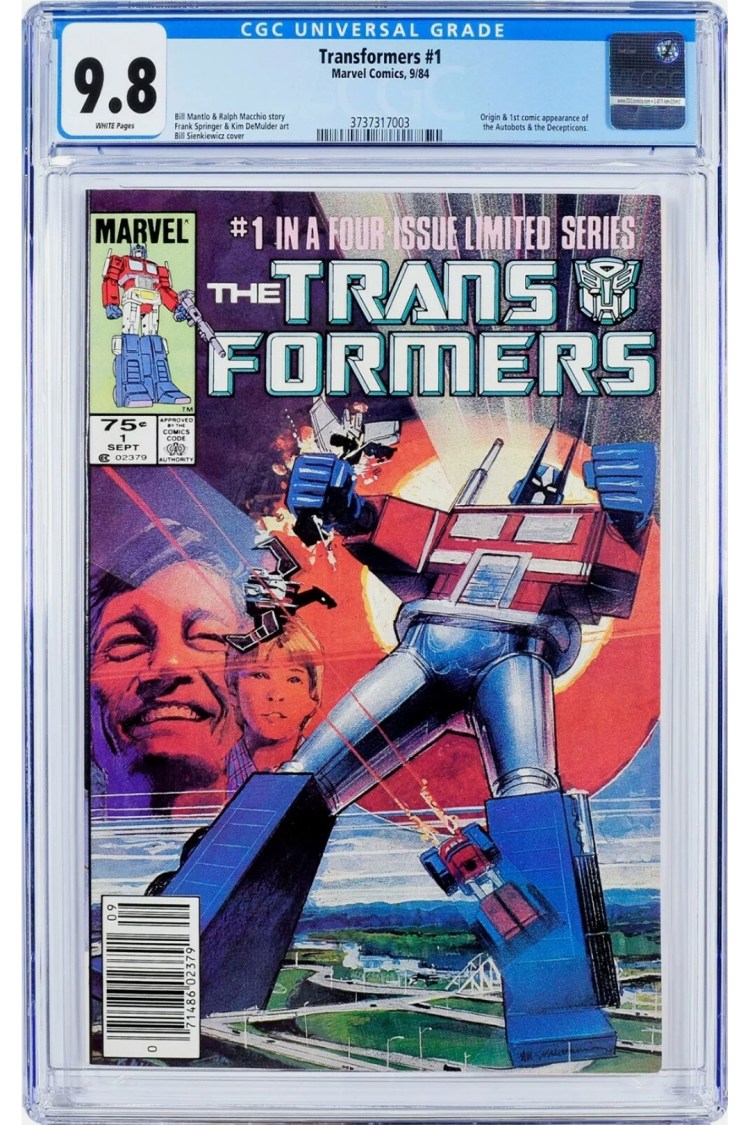 Transformers, much like G.I. Joe, was first published by Marvel with issue #1 selling recently for approximately $2,000. Recent asking prices seem to be pushing this book towards $3,000 plus. Now may be a good time to get in on this sleeping giant of an IP. 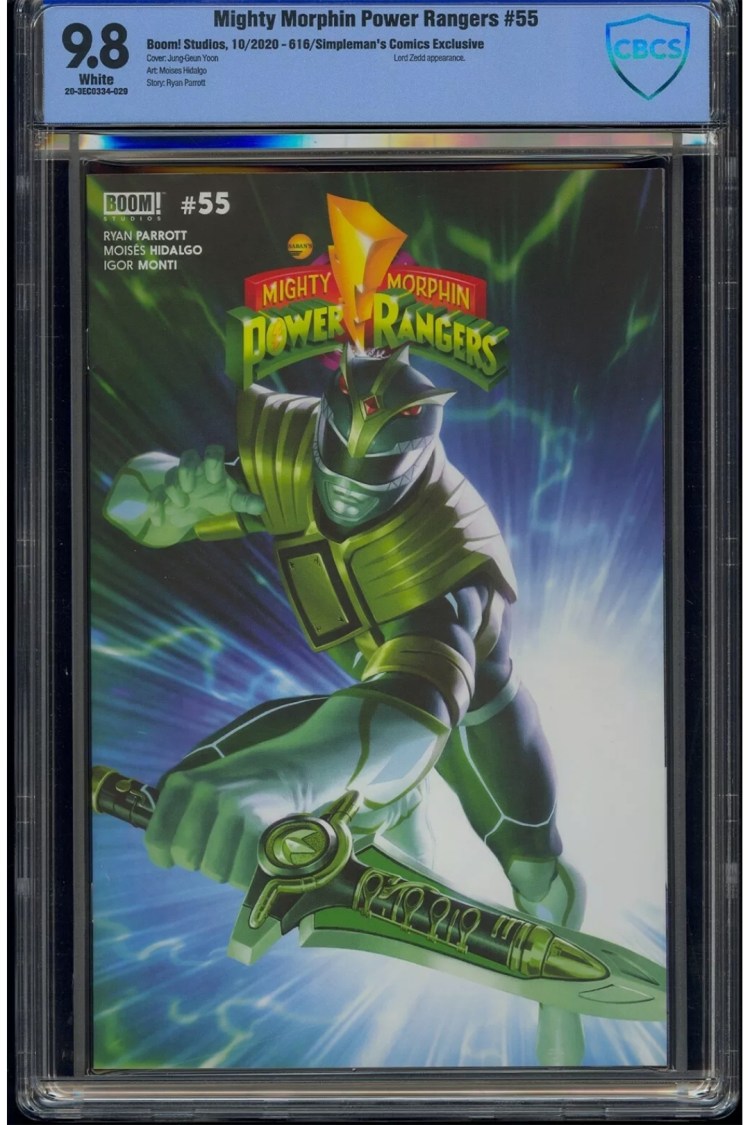 The same can be said for Parrots Mathew Cook, who first appears as a student and boyfriend to Kimberly in GO GO Power Rangers #1 before becoming the new Green Ranger in MMPR #55. I love #55 long term. This is a comics original character and a new Green Ranger has huge potential if done via movie or TV. These issues are still totally under the radar. The raw buy and slab play is probably the move here.

Masters of The Universe

No list of 80s and 90s properties would be complete without He Man and Skeletor! This popular toy line has come and gone several times in the last 40 years but seems due for a big comeback. Kevin Smith has a Netflix Anime Series on the way that I am hopeful hooks new fans. We are only one Thundercats-esque announcement from a full on Masters of the Universe explosion.

The important thing to remember when investing in MOTU is that, while the property as a whole and most of their characters debuted in 1982's Masters of the Universe #1 (which sells for around 600 in a 9.8), He Man himself as well as Skeletor debuted in DC Comics Present #47. That issue is hitting about $2,500 in a 9.8 and is the one to get in my mind.

One trip to your local big box store and you will see MOTU returning to the toy aisles. That makes me very hopeful for the future of this IP.