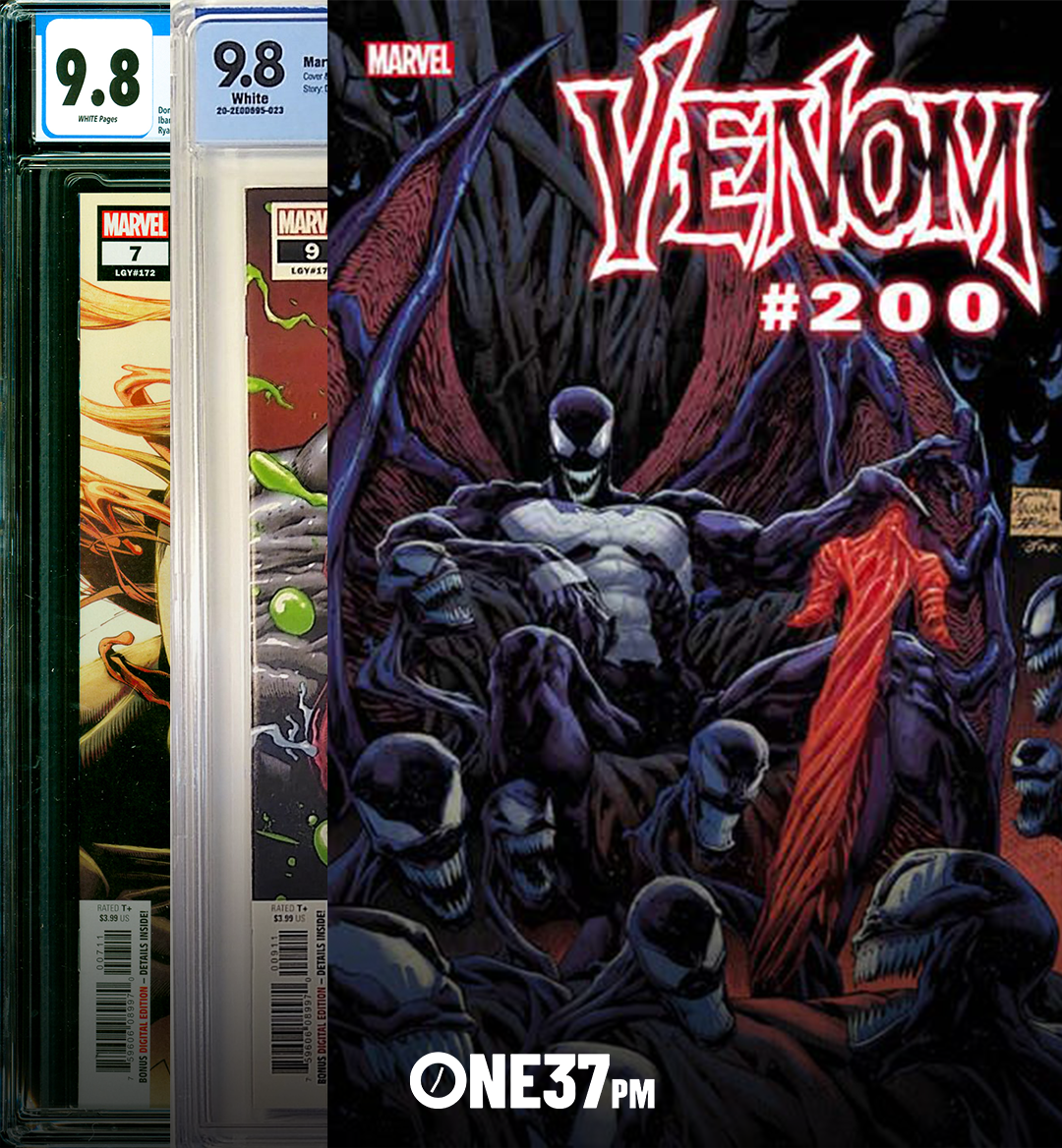 Every Wednesday, thousands of members of the comic book community pour into local comic shops to grab the new comic book day releases. Most weeks, the community is split over which books are the ones to grab, but every once in a while there is really one true winner. This week happens to be one of those weeks. No matter whether you found yourself in a discussion on Twitter, Facebook, Instagram, your LCS or an old school message board or forum, the discussion most likely surrounded one book this week. That book was Venom.

Now, most of the time I talk about a property in the pages of ONE37pm, we are talking about movie rights or movie releases and their subsequent impact on the comic market. This week though, we are talking about Venom purely from a publishing perspective. Venom has always been a popular character ever since he debuted in a cameo in Amazing Spider Man #299. Originally a villain, his popularity in the early 90s demanded a face turn and in doing so, boxed in creators, forcing them to write the character as good, but with all the badass traits that made him popular in the first place. Many writers tried to accomplish this with varying degrees of success. Each time, the tone of the character and series would change. This all became a distant memory when the dynamic duo of Donny Cates and Ryan Stegman was announced to take over the title in 2018. Cates was the hottest indie comics writer around before taking over his dream character in Venom.

During Cates run, he fleshed out a ton of backstory as well as introduced us to a new character, Dylan Brock, the son of Eddie Brock. Almost immediately upon his debut in issue #7, Dylan began to get people's attention. With Dylan appearing only briefly, some collectors gravitated towards issue #9. This issue has been deemed his first full appearance and is the more desirable of the two. He would have two major events in Absolute Carnage and King in Black that really were the anchors of this run. While Venom as a character has been going strong for 200 solo issues as of Wednesday, issue #200 marked the 35th and final of the Cates and Stegman run as they moved on to take over as the creative team behind The Hulk in November.

Issue #200 was fabulous and really gave you everything you could want from a conclusion to a story that took 3 years to tell. The issue sees a lot of change in the world of our favorite Symbiote Venom. As the issue concludes, making way for a new creative team to take the helm, we see Flash Thompson return as Anti Venom with Eddie even suggesting to Captain America that Flash would make a good Avenger after Cap extended the offer to Eddie. We then see Dylan walking home from school with his dog (and Venom symbiote) when Jack O Lantern is seen accosting a woman in an alley. When Dylan tries to save her, he is shot and in an effort to save him the symbiote joins with Dylan.  Jack O Lantern immediately recognizes the kid as the son of Eddie Brock and becomes wary, only for Dylan to stand up, now monstrous in size and scale and proclaim: “We Are Venom” before attacking and brutalizing the villain right there in the alley. This gives us the first appearance of a new Venom: Dylan Brock. We then see Eddie happy to see his son take the mantle as he is now old and weary and ready to be a "stay at home Dad" as he puts it.  He knows the Venom symbiote is the best way to keep his son safe.

So this brings me to the investment opportunity. Comic investors have long speculated on a bright future for Dylan Brock upon his debut and this week's new issue only validated those beliefs for diamond handed investors. Having said that, there is still plenty of opportunity for profit with the newest Anti Hero in the Marvel Universe. Here are 5 options for investing: 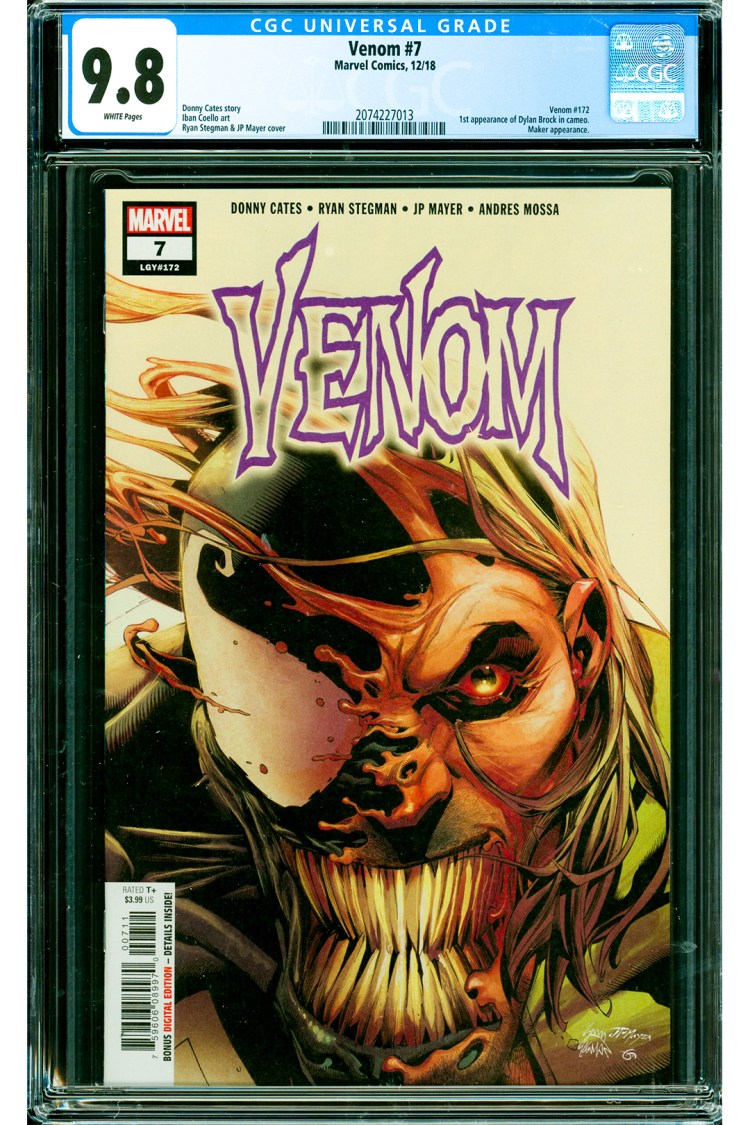 In an awesome last page splash page reveal we get the first appearance of Dylan Brock. This issue was immediately popular as comic investors speculated on who the clearly important boy could be. By the time issue #9 hit LCS, buyers had made up their mind.  This issue does not see the same demand as issue #9, but is still a great pick up nonetheless. We have seen a lot of these types of cameos catch up to their “First Full” counterparts in recent years and it will be interesting to see if this one has the legs to do just that. It is currently trading at $45 raw and about $300 in a slabbed 9.8. 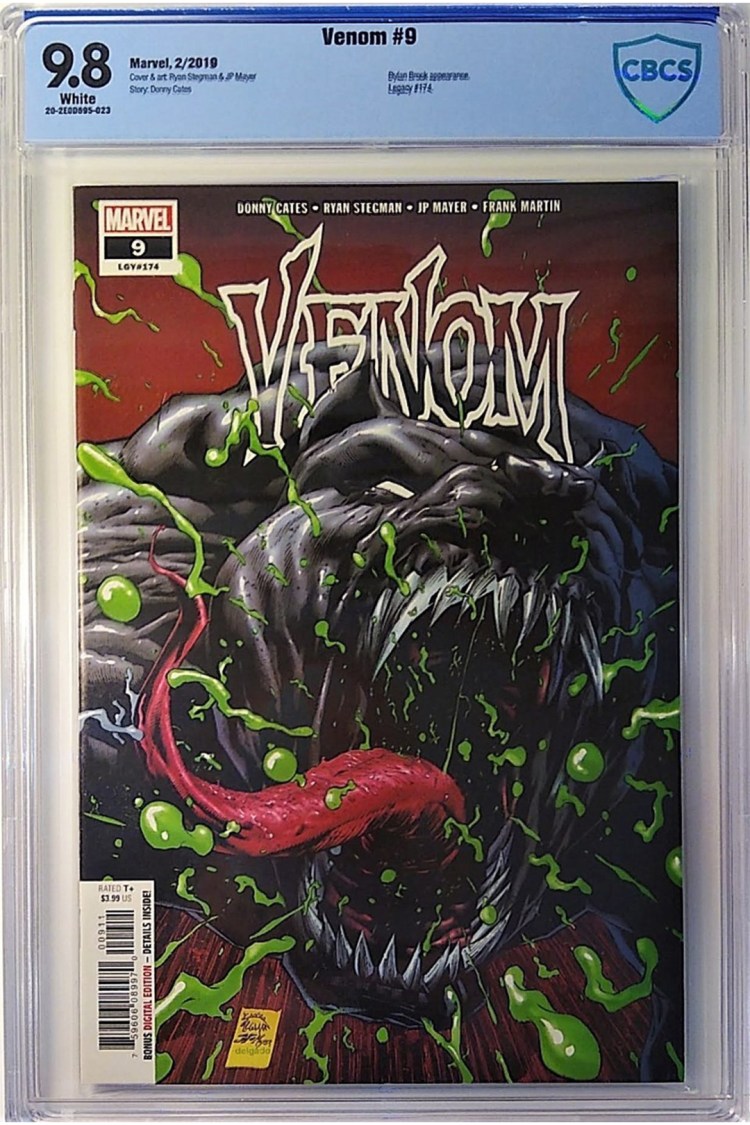 As I previously mentioned, first full appearances tend to trump cameos with regard to collector desirability.  This one is red hot and even quoting prices in these pages is dangerous as so much movement has happened since Wednesday's new issue drop. That said, a Venom #9 1st Print (or similarly the 2nd Print) is running for around $100 raw and $400 in a 9.8.  I only expect to see that total rise as time goes on. There is a good chance that this is a blue chip key. Having said that, my one concern is that with most characters, it isn't their human first appearance which is desirable, but their first as the character that becomes their final form. 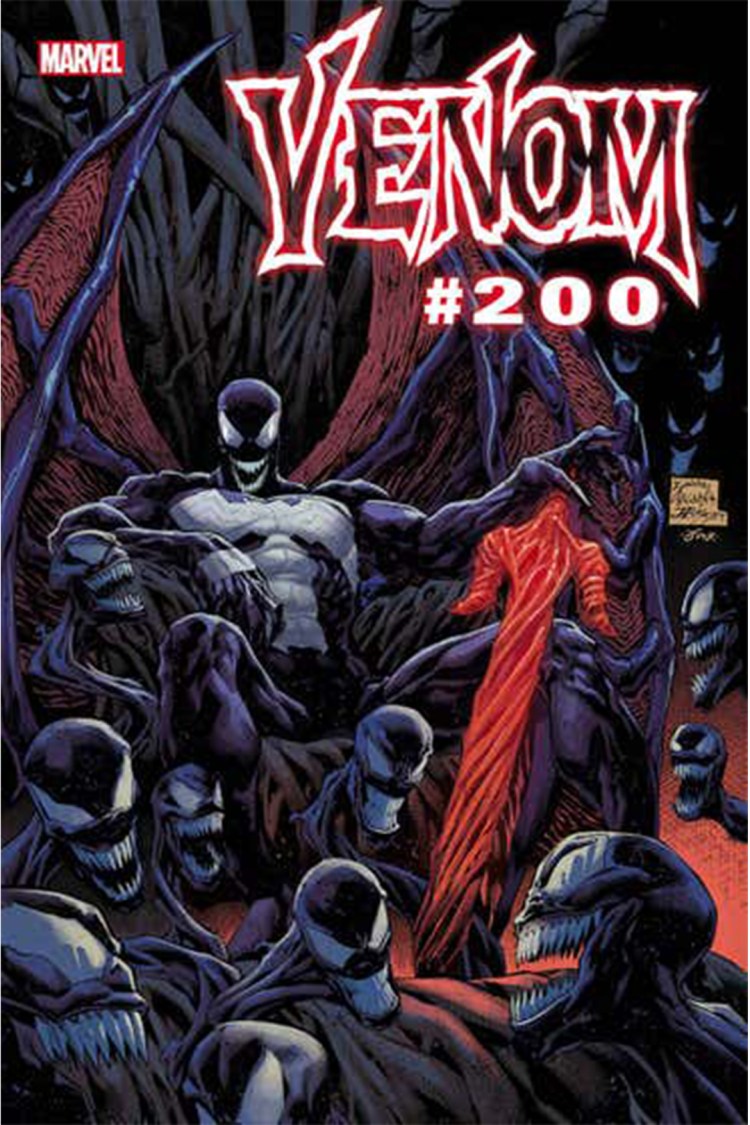 With what I just said about Venom #9 in mind, I think this book has the chance to be a major long term player. It being so new and so readily available for cover price (although an inflated cover price of $9.99 for this 96 page giant!) tends to make investors think there are no legs here. But it is early in the process and most likely will dry up on the secondary market. This is a monster first appearance and as Dylan develops as the Venom in the Marvel Universe, I believe interest in this issue will only grow. This is one to grab now for $10, get it slabbed and sit on it. 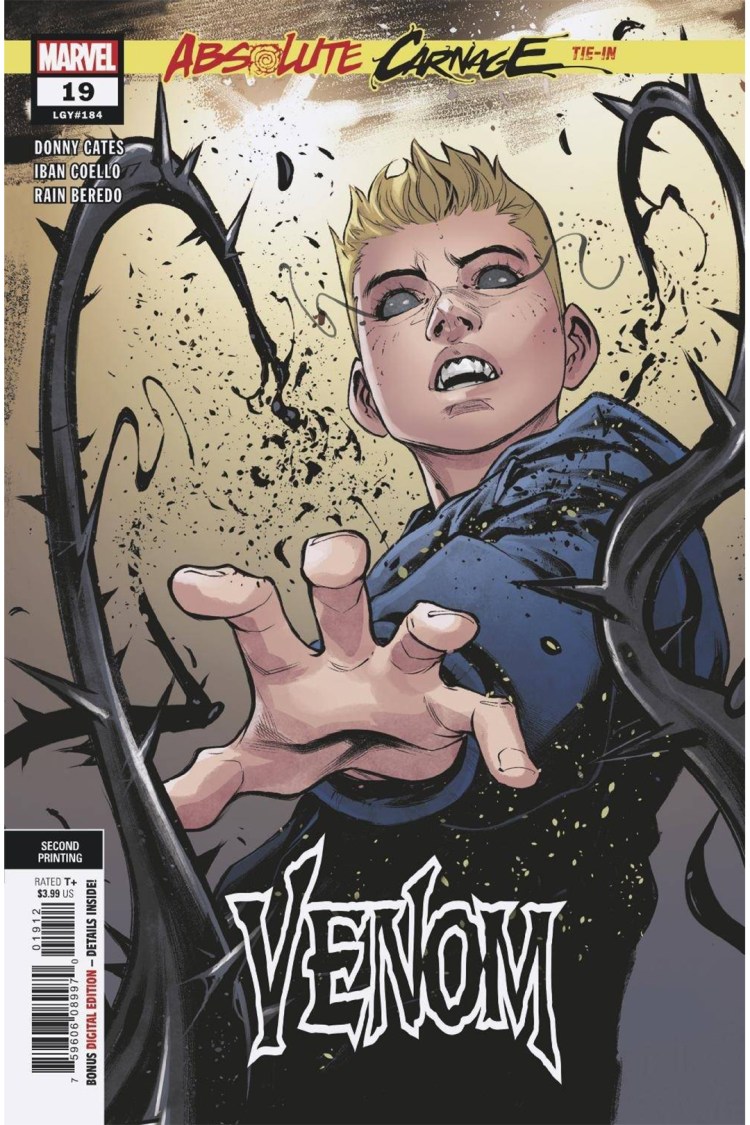 This cover is a bit more of a stretch, but one that is seeing immediate heat, which bodes well for its ability to latch on to the collector market. This second printing of issue #19 sees Dylan front and center on its cover with the first inclination of his natural powers and abilities as the son of two symbiote carriers.   For a long time, this issue sat largely under the radar only to explode since Wednesday, jumping from its $4 cover price to $30 raw and $250 in a 9.8.