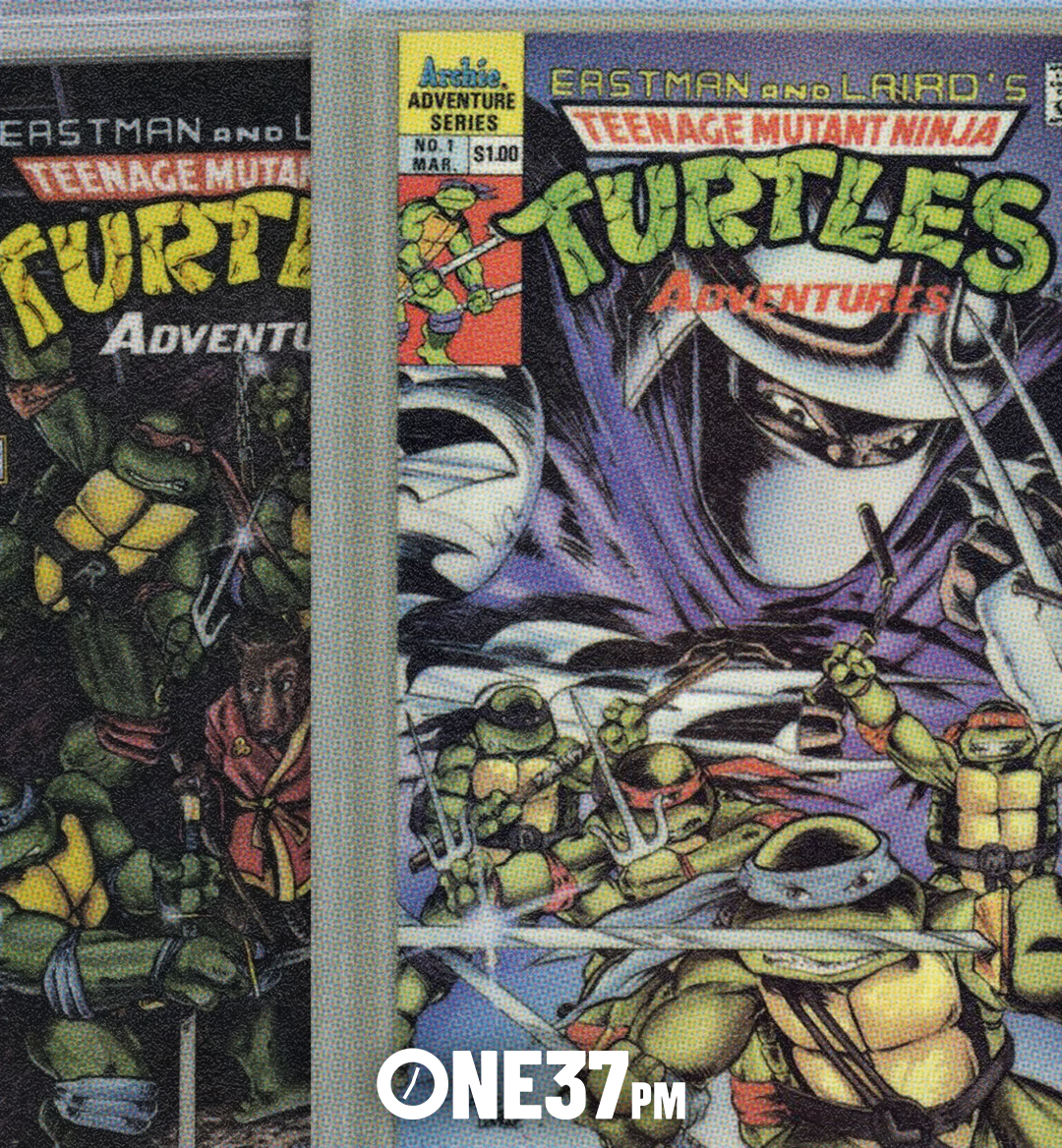 Between Seth Rogen's tweet about his forthcoming Teenage Mutant Ninja Turtles project and LEGO's announcement of their collaboration with Skybound Entertainment, this week was a busy one for the comics market. Let's dive in.

With the post of just one tweet (maybe two), Seth Rogen sent the comic market buzzing as he teased his upcoming Teenage Mutant Ninja Turtles Film. The image Rogen tweeted of Leo’s notes really hammers home the idea that Rogen is going to lean into the Teenage element of TMNT. The current run of IDW comics focuses on the later years, with the TMNT continuity series seeing New York dealing with divisive issues that feature the adult Turtles no longer in the care of their now deceased leader Splinter, but instead caring for some young mutants themselves. There is also the Last Ronin mini series currently hitting comic shops with a look even further into a post apocalyptic future where only one Brother is alive to continue the fight.

Rogen’s film will aim to duplicate the success of his previous teen films, while bringing out the juvenile and fun side of TMNT. For comic book investors, the era of the brothers' lives that the film focuses on leaves me to believe that the 5th Turtle Jennika, who has been a fan favorite since her debut, is unlikely to appear. But excitement for the Turtle brand as a whole is ramping up.

While not much is known about the details of the film, the real question becomes: what are the key issues to be on the lookout for? Based on Rogen’s talk of the teenage element and his age in relation to past TMNT releases, I would venture a guess that he will be heavily influenced by the legendary TMNT cartoon. Those stories took place during the era in which iconic comic publisher Archie Comics held the Turtles license. This is when the Turtles made the change to wearing signature color bandanas versus previously all sporting the red. This was done so that kids watching the cartoon and buying the toys could easily identify each of the brothers. 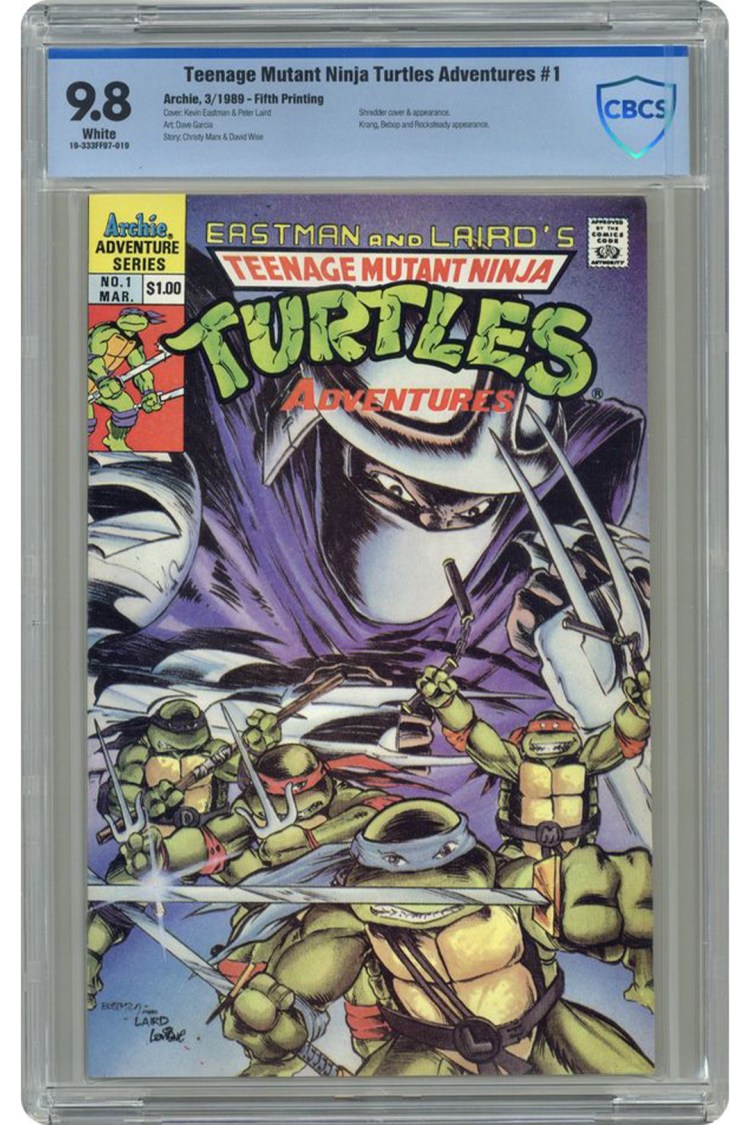 With that in mind, there are two issues that really pique my interest.  The first is the 1988 #1 issue which features the first appearance of popular villains Bebop, Rocksteady, and Krang. It is rare to be able to get three first appearances of such major characters in one book. This book has been red hot for about a year, but still has a lot of meat left on the bone. A 9.8 slabbed copy will run you around $1,000- $1,500.

Next I would look at the 1989 #1 issue, when Archie moved the license to an ongoing series. The book is a bit more approachable and even quite possibly a sleeper trading for around $300 in a 9.8. The cover features an awesome depiction of Shredder and the four brothers. While these were abundant in discount boxes for years, the market has begun to dry up of near mint copies in the wild, and certainly the possibilities of finding them in discount boxes have been few and far between. It's important to remember that Archie was an all ages brand that really catered to kids (they have since diversified their offerings while maintaining their organic IP) making finding mint copies that much harder. No matter where you stand as a comic collector and investor on the idea of another TMNT reboot—or Seth Rogen’s involvement in general—a June 2023 date gives plenty of time for potential investors to make TMNT plays before a potential explosion.

Just got official word… THE NICE HOUSE ON THE LAKE is my highest selling creator owned launch yet! On behalf of @AMartinezBueno, myself, and all of the Nice House team... THANK YOU ALL SO FREAKING MUCH FOR SUPPORTING THIS BOOK!!!!!

DC Comics watched Batman writer James Tynion have immense success over the past two years in the indie / creator-owned comics market with Something Is Killing The Children and Wynd from Boom! Studios, as well as Department of Truth From Image Comics. So they decided to get in on the creator-owned space, teaming up with Tynion for a new release from DC’s mature audience driven label, DC Black Label. The book, The Nice House On The Lake, set records, selling six figures to retailers and becoming Tynion’s best selling creator-owned release to date.  Living up to the hype, early reviews from readers have been overwhelmingly positive. This is a book that is a great opportunity for new comic investors who have watched the craze that some of Tynion's previous releases have caused on the market and want to get in on the ground floor. The first issue is still available at most large online retailers and comic shops for the $4.99 cover price. 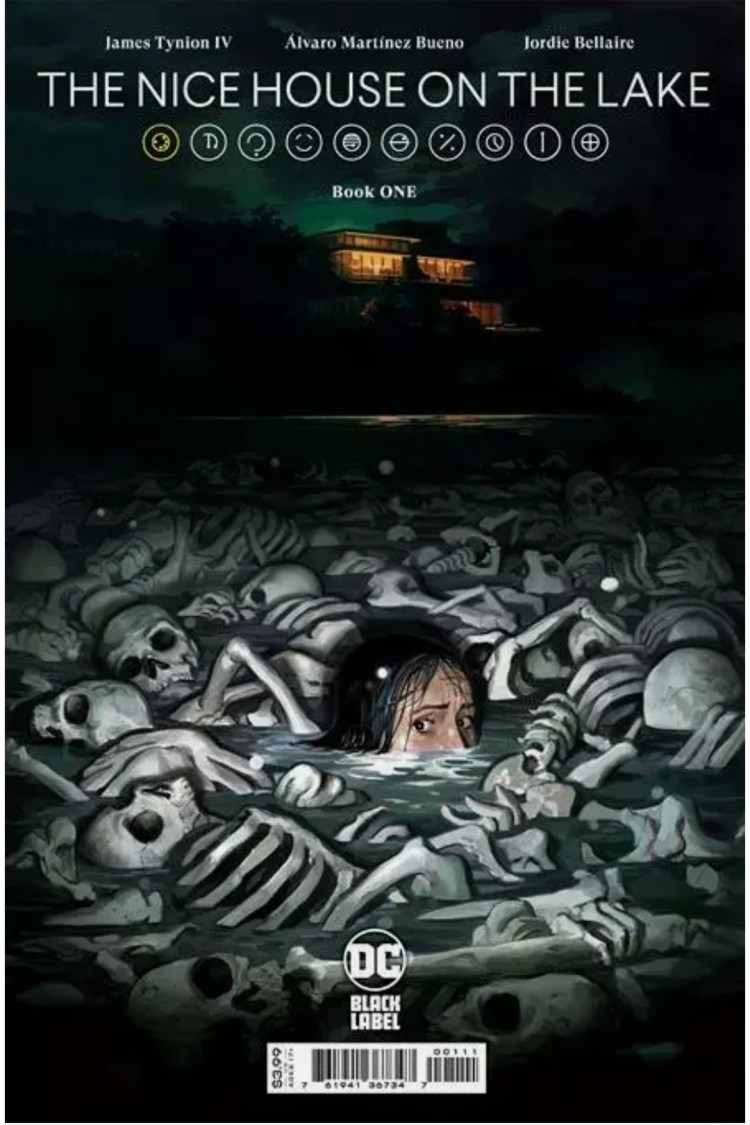 If you're looking for a standout variant, I would look at the Wanted Comix exclusive, which features the scorching hot cover artist John Gallagher. Their three cover sets sold out on their site for $80 and are currently selling for $190 on eBay just two days later. There were numerous retail store exclusives for this title, but if you're looking for one as a long term investment, this is the one I would gravitate toward as it is already a proven success on the market. $190 for a 3 book set could look like a steal if this property does what I expect it to and manages to land on DC’s streaming platform in HBO Max

We've partnered with @AmeetPublishing in a deal to make @LEGO_Group comics! We can't wait to fire up imaginations and inspire the builders and thinkers of tomorrow (and today)!

Comic book publisher Skybound Entertainment, who has made a name for itself publishing hit series such as The Walking Dead, Invincible, and Ultramega, announced a partnership on Thursday with global children's book publisher AMEET to launch LEGO branded comic books. Skybound will be the exclusive English-language publishing partner and will release comic books on their Image Comics Imprint beginning in 2022. Licensed comic books are a growing segment of the market, and as the market as a whole continues to expand, I expect more companies and brands to want to get involved.

Few brands have the longevity and cache carried by LEGO.   Generations of kids have grown up with LEGO’s spirit of play as a core part of their childhood. This partnership has the potential to be a major player in not only the kids comics space, but as a true all ages release appealing to us adults who feel a strong nostalgic attachment to these little bricks and the worlds they allow you to create. If Skybound can tap into that nostalgia, as well as tell fun and engaging stories, the sky's the limit—no pun intended. In their press release, Skybound teased that they will be announcing their first venture into LEGO’s vast library of IP in the coming months. This is definitely one development to pay attention to.  LEGO has a proven fan base and investor market that very well could be coming to the comic market in 2022.