Where to Read Graphic Novels Online 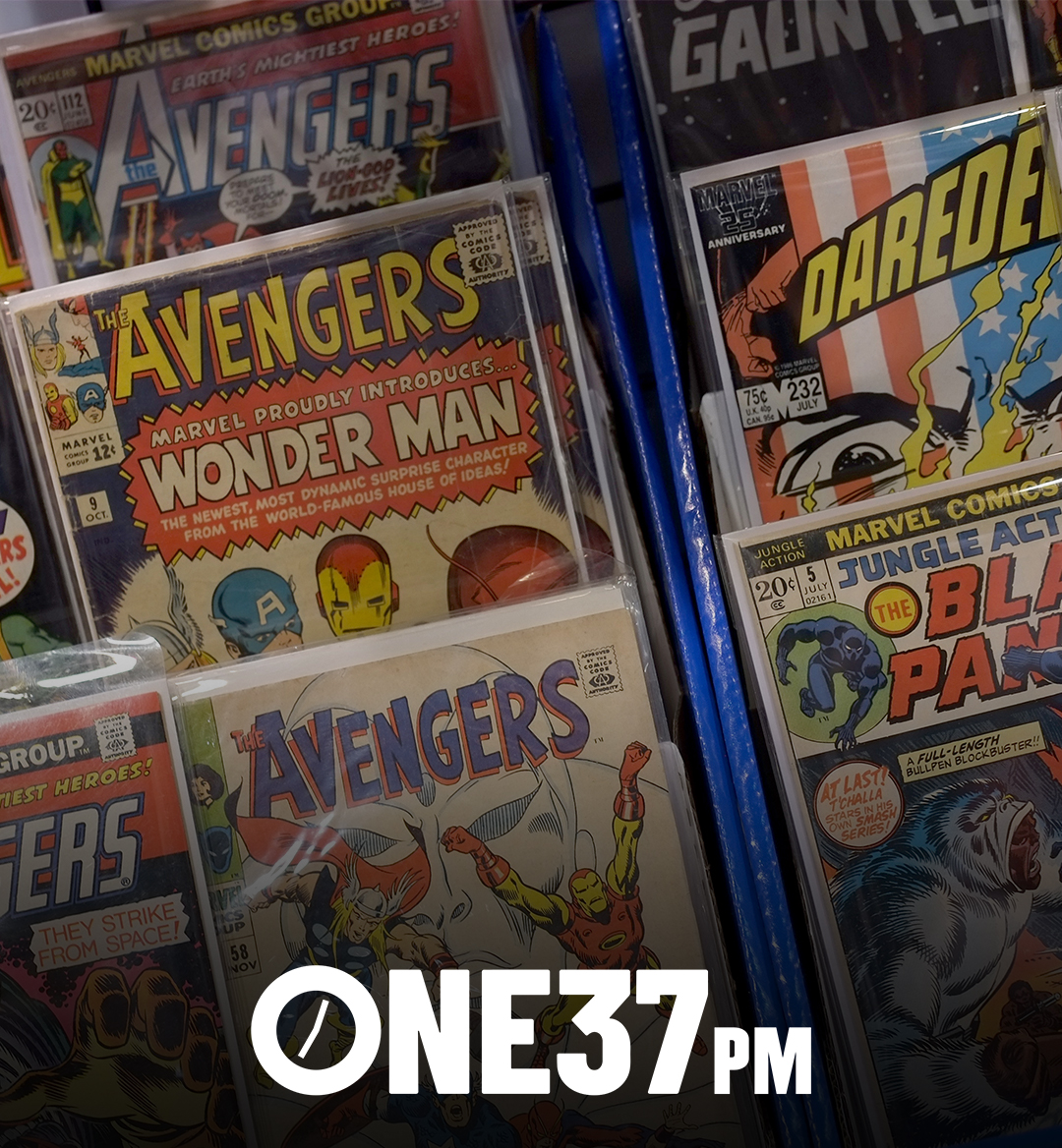 We're approaching a new age of comics. There are lots of potential names floating around, but I like the term: The Digital Age. As we transition, there are more places than ever before to access and read comics and graphic novels online.

Whether you're into the big 2 publishers, indie titles, creator-owned work or Golden Age greats, there is a service for every person and every budget.

This week, in honor of some major news in the digital space, we will look at 8 great options to answer the question: where to read graphic novels online. 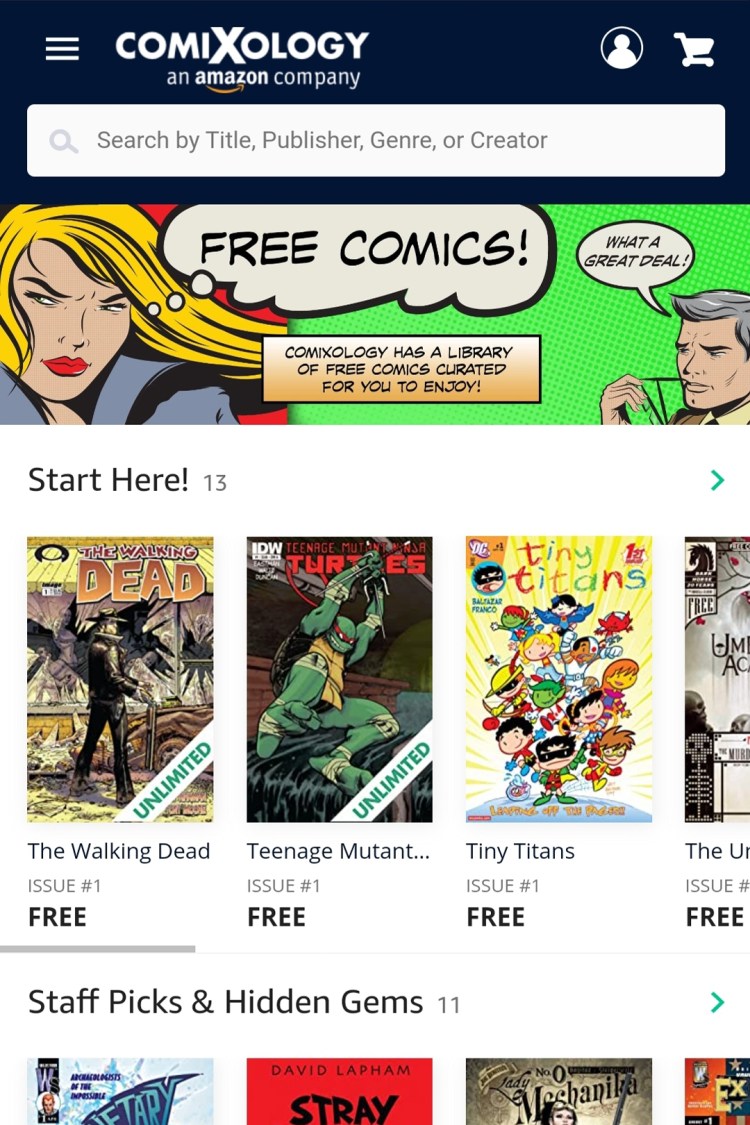 If we are going to talk about digital comics, we have to start right here with ComiXology. ComiXology is an Amazon subsidiary and the preeminent source for digital comics online. They have just about everything. From single issues to collected editions, ComiXology has a vast library of titles spanning new releases to classic hits. They are essentially your Digital LCS.

If you're looking for a truly comprehensive library, then ComiXology is for you. The big downfall tends to be pricing. Pricing of books tends to be in line with physical books, without offering the benefit of collectability. For some, they don't care. Digital comics are their preferred way to read the books, but many are looking to read digital at a cheaper price out of the gate, and for those customers, ComiXology has a subscription service. If customers don't want to purchase books a la carte, they can pay $5.99 for a curated selection 25,000 options of newer books and hits that is very similar to a streaming service or OTT platform. Subscribers also earn 10-15% of regular releases. If all that wasn't enough, ComiXology offers a free comics selection with some classics like The Walking Dead #1 and Teenage Mutant Ninja Turtles #1.

Maybe you love the model ComiXology boasts but you are more focused on one specific universe. Have no fear, Marvel, DC and even indie publishers have established their own services.

It's true, Aunt May held great power and great responsibility in #MarvelComics' 'What If?' (1977) #23! pic.twitter.com/HHS9vHrfQz

Marvel Unlimited has a very similar model to that of ComiXology with 28,000 titles available for a $9.99 subscription price or $69 for a one time annual fee. This is definitely the go to option for fans who are really Marvel-specific, offering a similar size and scope of service to ComiXology's subscription plan, but with a 100% focus on titles from the comic industry's top publisher.

There is also a $99 physical / digital combo option where a buyer can get a one year subscription to Marvel Unlimited and all its titles as well as a mystery box containing an exclusive action figure, variant covers, enamel pin and more.

We’ll still be your premiere digital comic subscription source, but now you’ll get to explore the DC Multiverse as we’ll have even more comics than ever, available to you even earlier than before! Find out more: https://t.co/hBSCRq0XGn pic.twitter.com/7pyiEI6PtN

Having launched in January after the groundbreaking TV and digital comics combo of the DC Universe app was folded into HBO Max, DC Universe Infinite serves as the digital subscription service for the second leading publisher in comics. Offering a similar size library to Marvel, DC comes in lower monthly rate with a $7.99 subscription price monthly, but a slightly higher one-time buy-in at $74.99.

This service has been extremely well received as DC has done a great job tying in upcoming media properties to available digital offerings, giving the casual fan more info. For instance, did you love James Gunn's Suicide Squad? Well the DC Infinite service has all the Suicide Squad you could want to read to get you indoctrinated into the world of DC Comics. 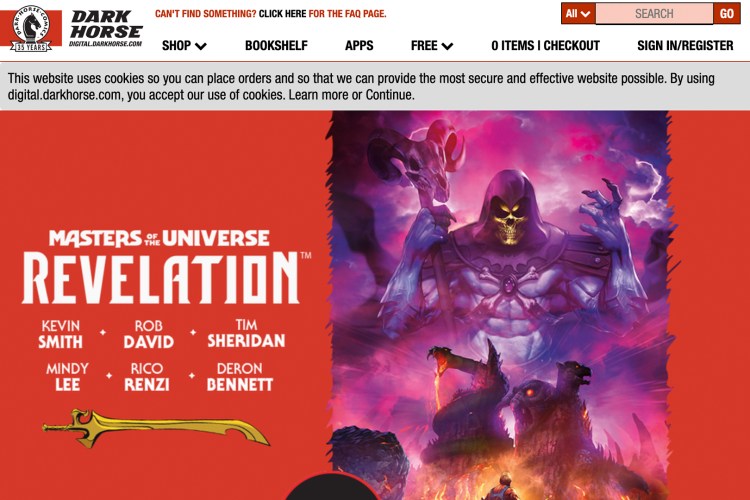 Not to be left out, Indie publisher Dark Horse Comics is at the forefront of the online/digital comics movement with their Dark Horse Digital service. The goal of this service differs a bit from the Big 2's model in that it isn't a direct line revenue producer. Instead, Dark Horse Digital offers free downloads of #1 issues of Dark Horse titles in an effort to hook in the reader and have them coming back for more.

So if you're interested in a Dark Horse title but not sure you want to purchase the whole graphic novel, check out Dark Horse Digital and read the first 32 pages of the story to see if it grabs you. You just can't argue with that value to the comic reader and investor for that matter.

Many comic readers are looking for those old classics that just aren't housed on many of these digital sites, don't fret though, we have an option for you as well. 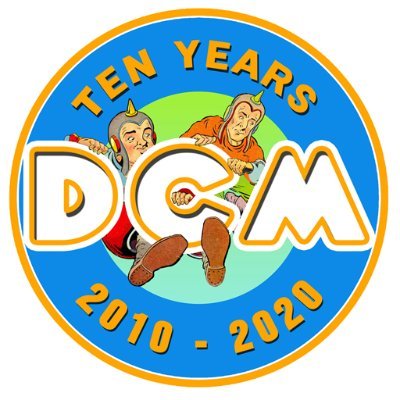 The Digital Comic Museum is an amazing site that may look outdated in its appearance, but it's a great tool and resource for those wanting to read and research comics from the Golden Age. The selection can be a bit sporadic as administrators are seemingly manually entering these vintage classics into a digital system, but this is the best option for those who want to read a John Wayne story or a classic comic title like Famous Funnies.

Overall, it's cool to see different eras of comics distributed through modern means.

Introducing the Humble Comics Bundle: SPAWN 2020 by Image Comics! Pay what you want for up to $466 worth of comics. https://t.co/zyDJjuzeev pic.twitter.com/NW1wdXrMsh

Want to read some comics and donate to a good cause all at once? In that case, Humble Bundle is the offering for you. Humble Bundle offers digital comics bundles at set prices and at name-your-own-price levels where the service partners with brands to put together digital bundles—often publisher-wide—at crazy low prices with a set percentage going to charity.

This service has largely been seen as a win-win in the community with publishers driving awareness, money being made for charities, and customers getting graphic novels that they are chasing at the lowest possible price point.

The down side of Humble Bundle is that their offerings are constantly changing, making it hard for users to rely on the site for constant options within the guidelines of their desired reading. But while it may never be your go-to source, Humble Bundle is a great source to add to your digital comics portfolio.

Hoopla is one of my absolute favorite and most used digital comics services available. It is part of the public library system and users can borrow digital copies of movies, TV shows, books and, yes, comics for free with simply your local library card.

Libraries are a big part of the spread and accessibility of the graphic novel market and Hoopla is fully supported by the comics industry as a free digital option for comics readers. Hoopla has an excellently curated collection of hits and timely selections of properties currently being popularized in other forms of media such as Black Widow, What If?, Jupiter's Legacy and more.

If you're reading digitally, Hoopla should be a part of your program to do so. Having said all of that, I mentioned earlier that there was news this week on the digital comics front.

Some pretty big news about the next phase of my career is coming out today. With a big newsletter to match it.https://t.co/V4VSti7cAb

Batman writer James Tynion made news when he announced that he was leaving DC for Substack, a digital subscription newsletter service where he will be posting all his creator owned titles as digital firsts before selling the rights to publishers for physical copies.

With a model similar to Patreon or OnlyFans, fans subscribe to the creators of their choosing who can offer customizable packages for monthly rates as well as higher end packages with additional perks. Tynion, for instance, will be offering a subscription to his Substack for $7 a month or $75 up front. There is also a $250/year option that gives you  exclusive physical variants for Tynion's upcoming Substack offerings.

This made major waves in the industry with Tynion being arguably the #1 or #2 writer in comics (depending on who you ask) and choosing such a radical release method. While just having happened this week, we have seen the effect in the creative world as other A List writers have followed suit, with Skottie Young and Chip Zdarsky announcing subsequent moves to the platform, the momentum is only growing. Time will tell the potential success of this system, but there are definitely moves being made in the digital space and I am positive it had the attention of the Big 2.

Overall, no matter what service you use, whether it's free or a paid subscription, physical or digital, as long as you're reading and enjoying comics and graphic novels then the industry and hobby will continue to flourish. It's all about accessibility and bringing comics to the masses by delivering in ways that are most comfortable for the end user. Add in new services like Substack, which gives power to the creator, and we may be seeing a digital revolution in the graphic novel space. We are entering a true Digital Age.