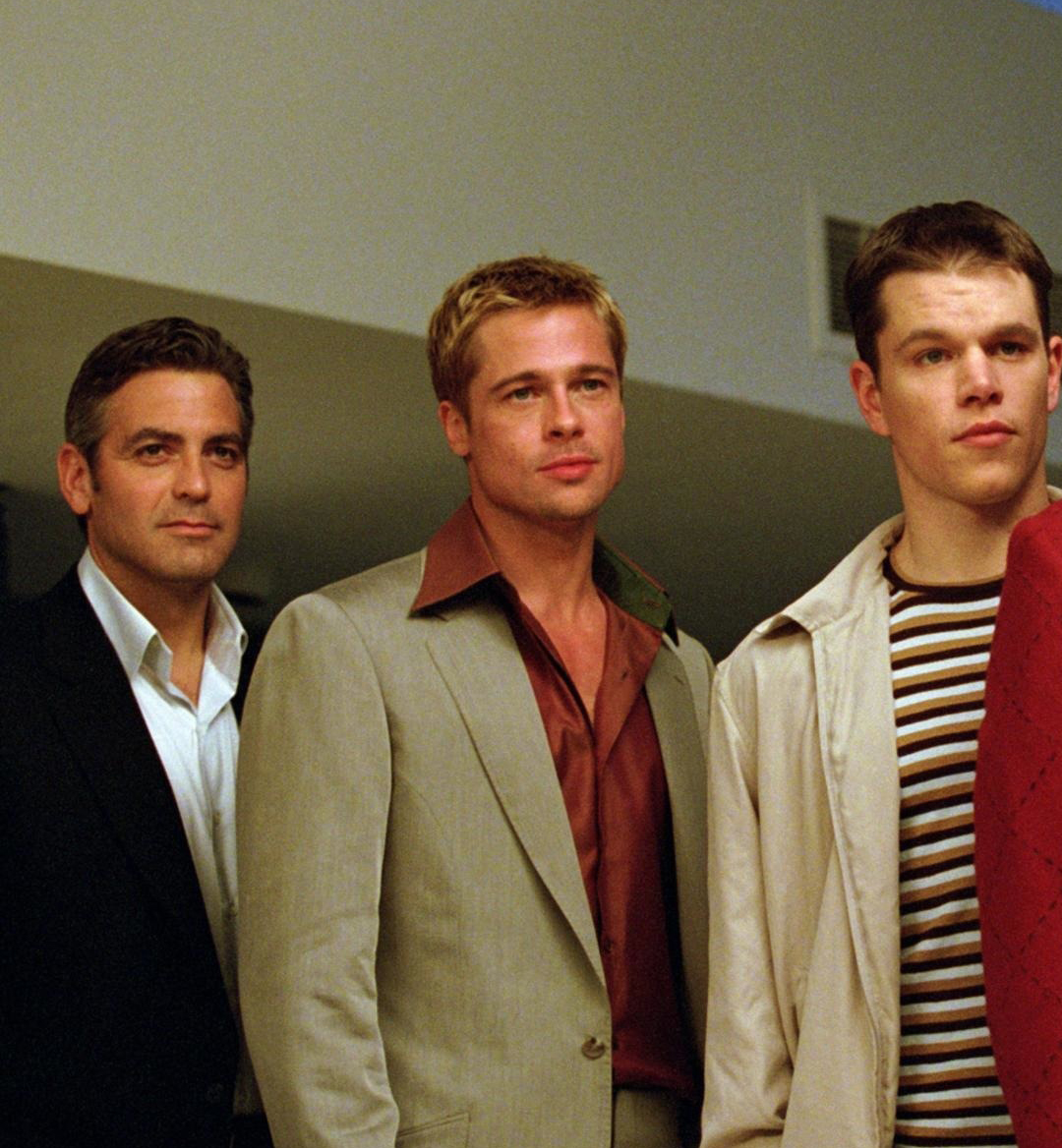 It's not the movie's first scene, but it is perhaps the one that lets the audience know the exact tone of Ocean's Eleven.

A conversation between two of the slickest and suavest actors of a generation, Brad Pitt and George Clooney, discussing how and why they are planning to rob a trio of Las Vegas casinos.

Pitt's character Rusty simply asks "why do this?" with Clooney responding: "Because yesterday I walked out of the joint after losing four years of my life, and you're cold-decking Teen Beat cover boys...Because the house always wins. Play long enough, you never change the stakes, the house takes you. Unless, when that perfect hand comes along, you bet big, and then you take the house."

While Rusty may still be a little apprehensive about Danny's plan, the audience is immediately on board. We came to see a cool heist movie, and dammit, we're going to get one.

There is a reason that Ocean's Eleven is considered one of, if not the greatest heist film of all time. In a genre that is either deadly serious in films like The Town, Inside Man, and Heat, or campier, such as in Point Break, Ocean's Eleven carved itself out a place just for itself.

It might be the direction of Steven Soderbergh, the performances of its ensemble cast, how the heist is laid out and executed, or some amalgam of all those; something about Ocean's Eleven just makes it stand out among all the rest.

This is a movie with inherent rewatchability (I've honestly lost count of how many times I've watched it), probably because it's so much damn fun. None of us are criminals, but the crew in Ocean's Eleven sure makes being a thief look pretty cool, don't they?

If you've ever been to a casino, chances are you've looked around and thought, even just for a second, "what if I pulled a heist here?" The glowing lights of the slot machines, the chatter of gamblers and blackjack dealers, and the loud commotion that emanates from the sportsbooks all play a part in the allure of any casino heist film.

One of the most important parts of any heist movie is the "building the crew" montage, and Ocean's Eleven's version is not just a testament to Soderbergh's editing and direction but also a quick highlight of why these actors all work so well together.

This is a film that features eight Academy Award winners or nominees and multiple Emmy and Golden Globe winners or nominees. While the movie was made before some of them received those honors, their talent was always there and is on full display here.

The cast's differing acting styles could easily tower over one another, but somehow, they all seem to mesh together perfectly. Clooney and Pitt are the seasoned vets; Matt Damon is the new guy; Carl Reiner is the retired thief who gets pulled in for one last job; Elliott Gould is the financier with a vendetta, and so on.

Andy Garcia's Terry Benedict is the perfect foil to the coolness of the heist crew. He's the uptight and ruthless casino owner who, naturally, has taken to dating Ocean's ex-wife, Julia Roberts's character Tess.

While this might seem a cliche on the surface, it succeeds in adding another layer, thanks in no small part to the cast's performances.

Of all the great moments and scenes in Ocean's Eleven, the one that still hits the hardest is the fountain scene. The film is a lighthearted heist comedy of sorts for most of its two-hour runtime, but the fountain scene is silently emotional.

The guys have just successfully finished the heist—the first of its kind in Las Vegas history if Reuben is to be believed—and ten of them stand in silence, looking at the fountains of the Bellagio. Danny has just been arrested once again, perhaps a part of the plan all along, and is thus absent.

As Claude Debussy's "Clair de Lune" plays, the camera pans across all their faces admiring, and in some ways mocking, the casino they just robbed. They don't say a word to one another but just walk away from the scene one by one until Carl Reiner's character Saul is left standing alone. He looks up, smiles, takes a deep breath, and leaves, possibly asking himself if that was indeed his last job.

Given that the movie spawned two sequels, we as an audience know that not to be true, but for a moment, we're asking the same question Saul is.

The scene is much more emotional now that Reiner and Bernie Mac have passed away. Reiner being the final one to walk away is oddly poetic given the real-life circumstances.

It's hard to imagine a fourth film being made without the two of them, not to mention the idea of getting this many A-listers together again sounds impossible too.

It was doubtful that a fourth movie would be made, and this is only further compounded by the fact that Danny Ocean is now dead, as was revealed in the spinoff film Ocean's 8.

However, another entry into the franchise wouldn't be unwelcome. After all, what is any good heist film if it doesn't have at least one character coming back for "one last job?".