Our Ultimate PlayStation 5 Dream Releases in 2020 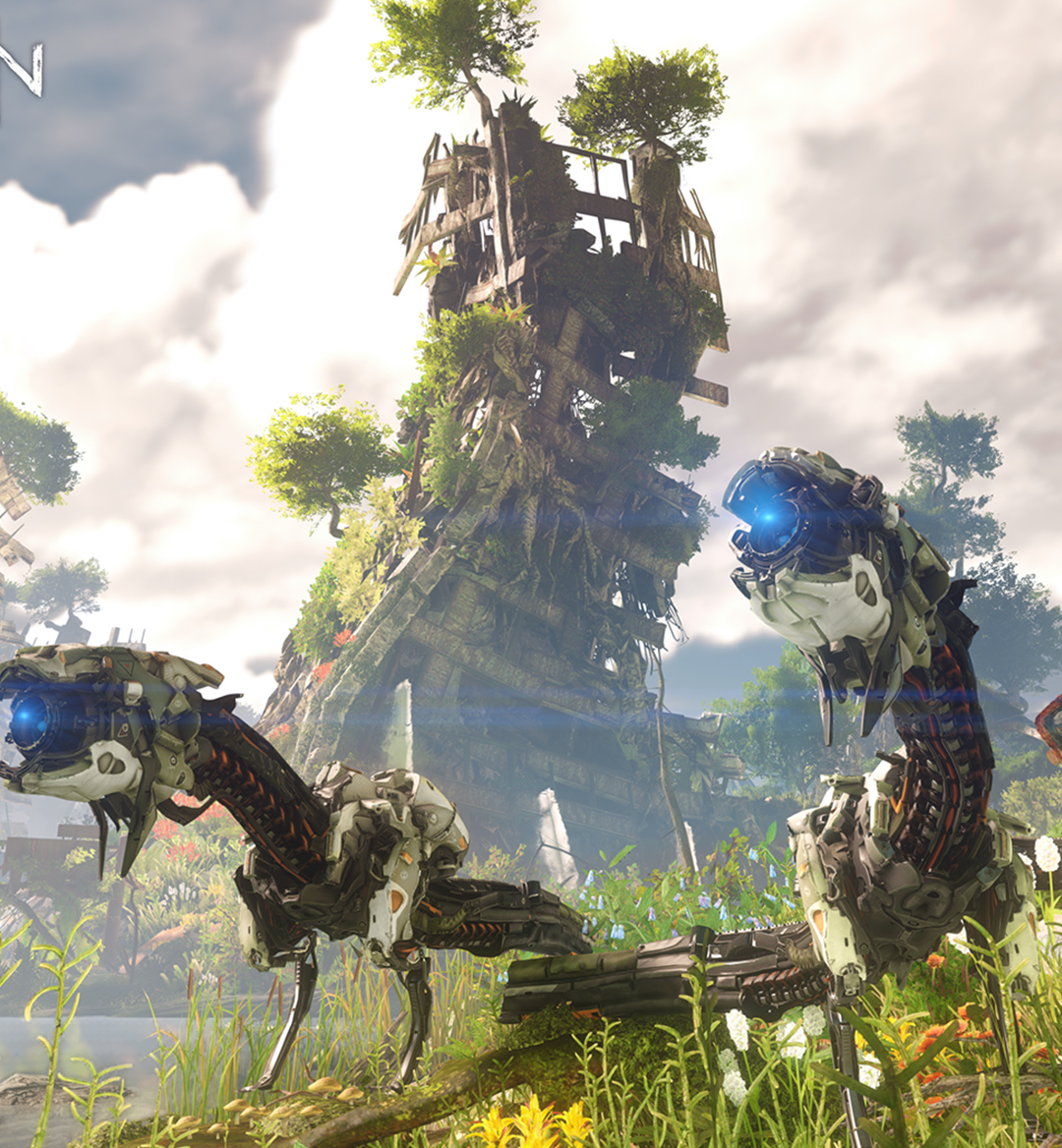 2020 is going to be an all-out assault on gamers’ wallets.

The first few months of the year will bring with them a flood of heavy hitters such as Final Fantasy VII Remake, Watch Dogs: Legion, Cyberpunk 2077 and Marvel’s Avengers. And rumors are circulating about the newest pieces of hardware set to drop from Sony and Microsoft in the months ahead. Speaking of Sony, a 4chan leaker recently pointed to Feb. 12, 2020, as the day we can look forward to learning official details about the PlayStation 5 during the next PlayStation Meeting.

Come launch day, there needs to be a collection of games that inspires us to pony up plenty more of our hard-earned cash. Just take a quick peek at the games that were available on day one for some of your favorite consoles from back in the day—the NES, SNES, Dreamcast, Xbox and even the Game Boy Advance offered some of the best titles each system featured during its lifespan.

Once the next PlayStation lands in gaming stores everywhere, we hope the following games come out alongside it. 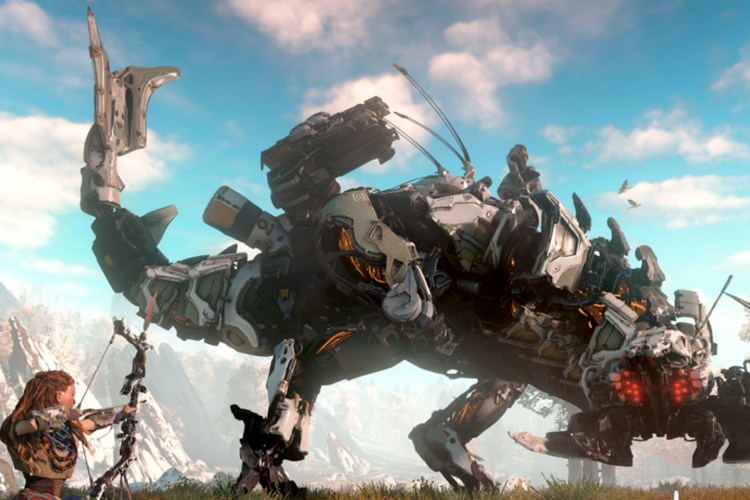 Everyone doubted Guerrilla Games’ foray into open-world action games once it unveiled Horizon Zero Dawn. The Sony first-party studio was primarily known for producing the first-person shooter franchise known as Killzone, so gamers everywhere had every reason to doubt their expertise in a genre they’ve never delved into before. Critics were silenced once Horizon Zero Dawn turned out to be one of the greatest gaming highlights of 2017.

PS4 owners flocked to Aloy’s journey within a world overrun by mechanical beasts and warring tribes. Hopes are now running high regarding a potential sequel to this action RPG epic. The PS5 needs to pull in potential buyers with the promise of a graphical powerhouse that pushes the boundaries of open-world games. A sequel to Horizon Zero Dawn would stand out as the centerpiece title that’s a true testament to the PS5’s unlimited potential. Hunting down new wild machines in an entirely new location with Aloy sounds like the perfect recipe for launch day success. 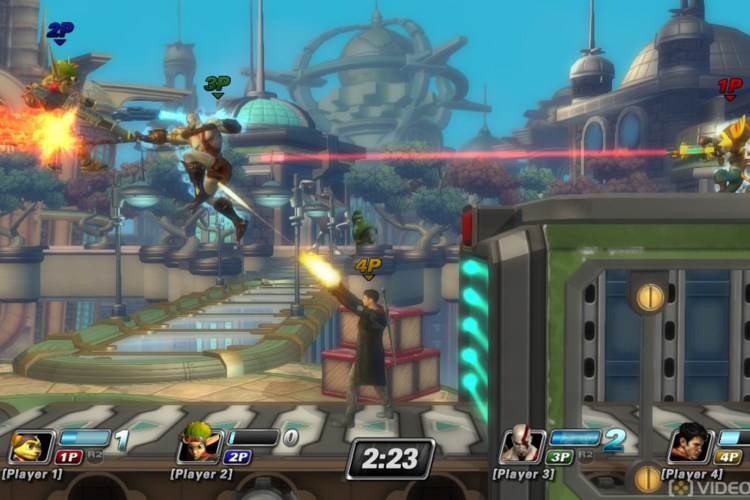 Every console on launch day needs a good fighting game. If Sony hopes to get PS5 adopters to pick up an extra controller for some multiplayer fun, they need to abide by that unavoidable rule. Street Fighter V is still alive and kicking, which means the odds of another console’s exclusive entry in the series arriving on PS5’s launch day is low. If Sony’s willing to produce a multiplayer title for the PS5 worth investing in, they need to take another stab at their PS3 party fighter. 2012’s PlayStation All-Stars Battle Royale was a respectable attempt at mimicking the winning formula mastered by Nintendo’s Super Smash Bros. series.

Unfortunately, the game’s lackluster roster, uninspired presentation and puzzling methods needed to attain victory knocked the crossover fighter down a few pegs. Sony shouldn’t abandon this concept, however. Now that it knows what not to do, it has the means to put together a studio that’s willing to build upon the solid foundation established by the first game. Spruce up the visuals, add in memorable songs from each represented fighter’s franchise and make sure there’s a more fun way to get a KO. And most importantly, make sure the roster is filled with more PlayStation icons and less third-party characters nobody asked for. 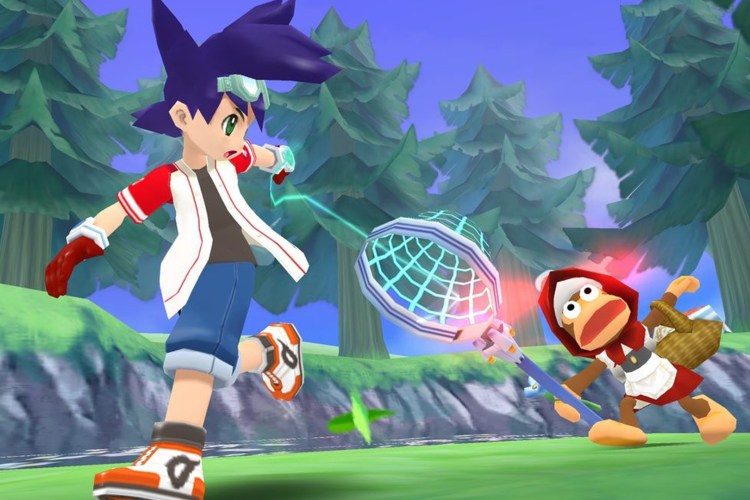 One of Sony’s lesser-known but still beloved franchises is Ape Escape, a collection of games focused on capturing rambunctious monkeys with all sorts of inventive gear. Hopping around colorful 3D worlds and attempting to round up tons of intelligent simians ended up being more fun than anyone could have ever imagined. 2019 marks the 20th anniversary of the long-running platforming franchise, which is an occasion that was marked by plenty of fan adoration on Twitter.

Those same fans lamented the lack of a new mainline entry in the series, which is understandable since the last official Ape Escape platformer came in 2005. Sony doesn’t need to bore us with another Knack sequel—it needs to mark the launch of the PS5 with a fan-requested platformer worth getting excited about. A new Ape Escape is the perfect launch title for gamers of all ages. A well-produced platformer is usually the go-to game for a console’s launch lineup. Bringing back some good ol’ fashioned monkey nabbing in a next-gen Ape Escape is the day-one platformer the PS5 needs. 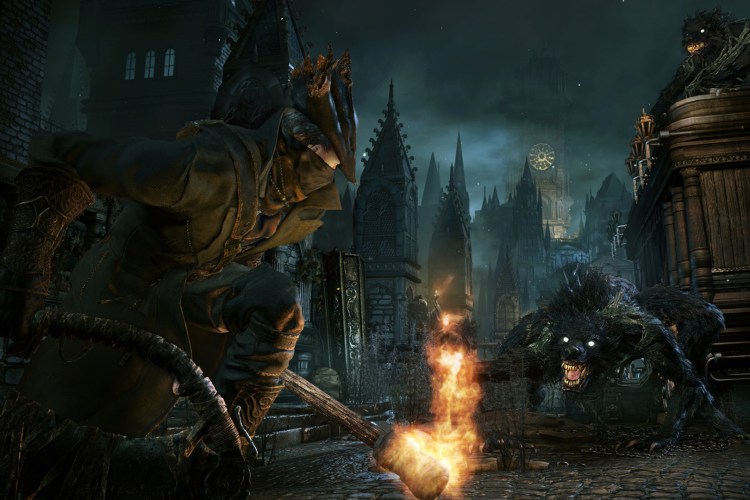 FromSoftware has done an incredible job of popularizing a subgenre catering to gamers looking for a challenge. The Japanese development studio’s punishing action RPGs have earned high praise, thanks to their atmospheric locales, mysterious lore and heart-pounding boss battles. PS4’s Bloodborne was yet another successful entry in the studio’s collection of incredibly difficult yet immensely rewarding games.

Fans of Dark Souls were enamored with Bloodborne’s nods to the horrifying works of H. P. Lovecraft and Bram Stoker. Plus the game’s blood-fueled combat gave FromSoftware fans another reason to appreciate it. We know the development studio is hard at work on finishing the recently announced Elden Ring. But it’d make sense for them to give another promising group of in-house developers the chance to craft a fitting sequel to Bloodborne. The promise of another harrowing hunt that’s powered by the PS5 gets us giddy with glee. There are still a lot of mysteries to uncover in the dark and dreary world of Bloodborne. And the best way to uncover them all is by allowing PS5 adopters to seek them out in a proper next-gen sequel. 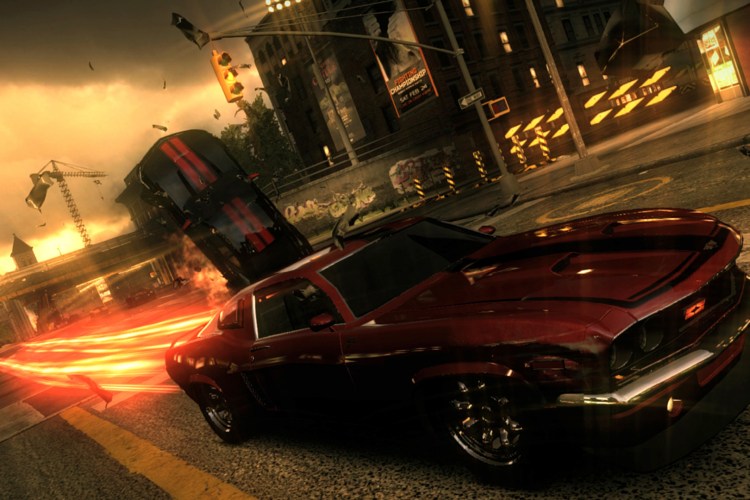 You know what else a console needs on day one? A quality racing game. Back when the first PlayStation launched in the United States in 1995, Namco’s Ridge Racer took the top spot as the debuting console’s standout racer. The series has had its highs and lows over the years, but it’s sadly gone dormant for far too long.

Now we all know it takes forever and a day for Sony’s Polyphony Digital to put out a new Gran Turismo, so a launch day sequel is a dream scenario. Bandai Namco should be given the honor of crafting a launch day racer for the PS5 that embraces the arcade-y feel most gamers tend to enjoy. A fresh entry in the Ridge Racer series would be a must-have if handled properly by the studio entrusted to create it. We’d be fine with a new Ridge Racer that embraces the best parts of the first game and the newly added modes and mechanics featured in 2012’s Ridge Racer Unbounded.

Simply put, Sony Interactive Entertainment has the golden touch. The company’s incredibly talented development studios have produced modern-day classics and are certainly on the verge of creating even more. Naughty Dog, Santa Monica Studio, Sucker Punch Productions and a slew of other SIE’s first-party studios are known for developing the titles that make PlayStation a winning brand. With so many top-notch creators under its belt, Sony needs to reach out to them and task them with crafting an entirely new franchise. Japan Studio and San Diego Studio in particular have the potential to produce something new that gives the PS5 its very first original IP. We don’t care what genre this new franchise sticks to, as long as it’s great, we’ll be more than satisfied.