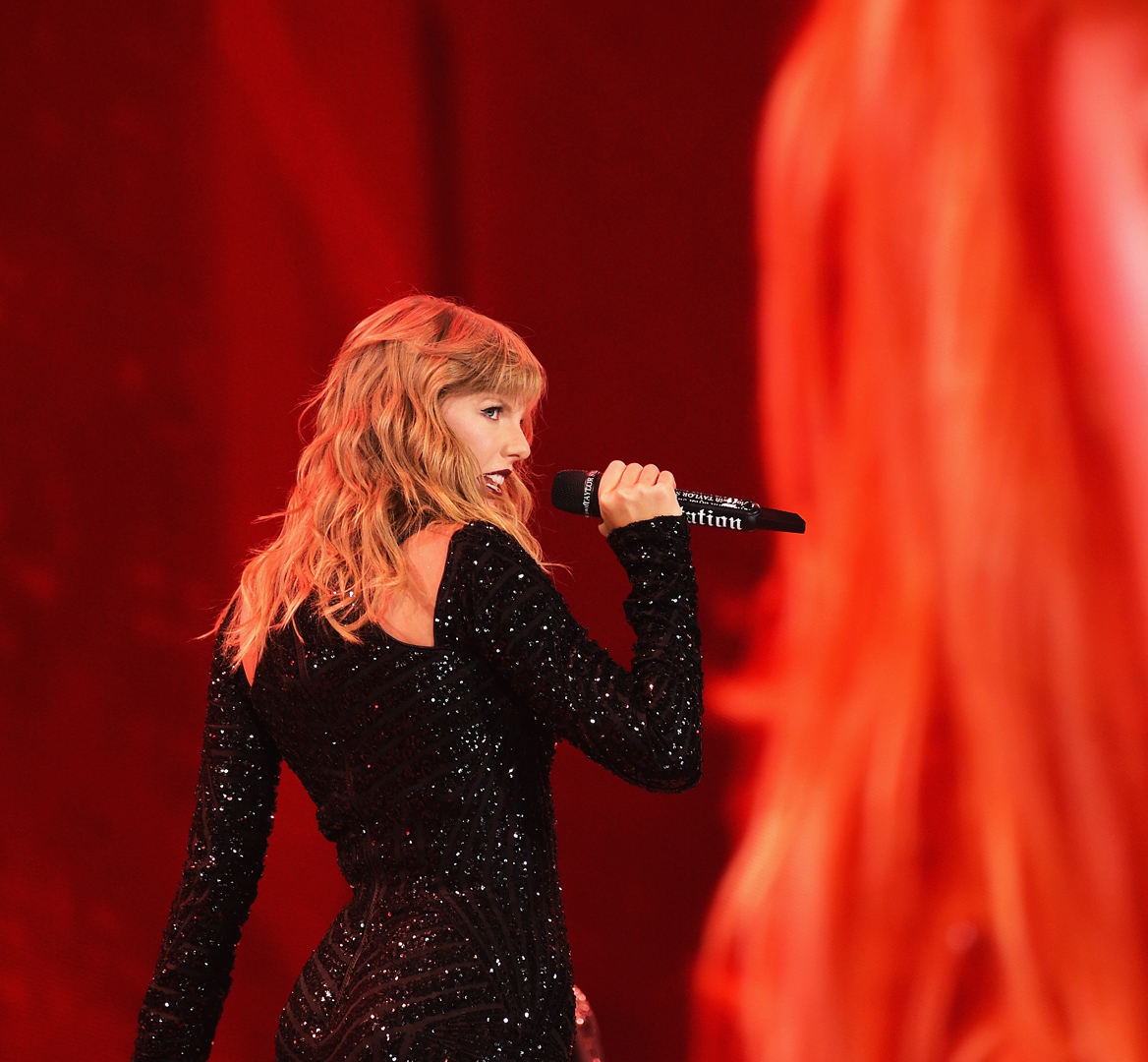 Twenty years before Taylor Swift would thank him at the 2007 CMA Awards, Rick Barker was a homeless drug addict sleeping on the streets of Los Angeles. His unlikely redemption and ascent to success came from the same driving force that brought him to L.A. in the first place, a mission that inspired him to dedicate a career to helping creatives.

Today, Rick Barker is an established radio veteran and the president and CEO of the Music Industry Blueprint in Nashville. Taking his 25 years of music industry experience, he moved into the online space and further expanded his reach. He wrote The $150,000 Music Degree, created online training sessions and, in February 2018, launched The Music Industry Blueprint Podcast. With more than 1,600 clients in a variety of music genres, Barker continues to coach music hopefuls and share his passion for his craft.

I’m living proof: Your past does not define your future.

Music is Barker’s raison d’être. At 2 years old, his parents could only lull him to sleep with the help of headphones. Never a particularly gifted musician or vocalist, he set his sights on becoming a DJ. He listened to the likes of Rick Dees and Casey Kasem, wishing that voice on the radio would one day be his.

Before his current industry prowess came years of grunt work, and for 14-year-old Barker that meant putting in some real elbow grease. His first step toward his dream involved sweeping the floor of a Christian radio station in Alabama. He moved to a new high school in California in 1984 and picked up jobs DJing parties. As his music business continued to grow, he landed a fateful gig at a Los Angeles strip club.

“Heck, you’re 18 years old and you’re being paid to be around strippers, but the things that go on in those clubs, like the drugs and the alcohol, ended up taking me down a path that I never would have imagined myself going down,” Barker said in a phone interview with ONE37pm. Barker tried cocaine for the first time and his late teens and early 20s were consumed by his addiction and eventual homelessness.

On April 4, 1989, Barker asked God to let him die. Instead, he went to sleep that night, woke up the next morning and hasn’t had a craving for drugs since. His newfound sobriety led him back to the pursuit of his musical aspirations. “I’m living proof: Your past does not define your future,” Barker said. He called radio stations in a desperate search for an internship and ended up at KIIS-FM working for one of the biggest radio stations in the world.

“I don’t ever push religion on anyone, you know. God just played a major role in what changed for me, but for whatever reason, all these little hints were being dropped all over the place and my job was to just follow these bread crumbs, follow these hints, and one thing led to another and I end up meeting some folks from Santa Barbara.”

Barker left L.A. for sunny Santa Barbara in 1992 to work for Y97 (now known as KLSB). Barker was the number one DJ at the station for seven consecutive years. He started the country radio station KRAZy Country in 2001 and the first radio tour, “Nashville to You,” which eventually helped launch Sugarland and Little Big Town, two of the biggest country music bands of this decade. His initiative put him on Scott Borchetta’s radar, and he made a game-changing career move to Big Machine Records.

“I always ask questions and solve problems, and it’s opened up so many doors,” Barker said.

Hanging up his DJ duties, Barker found his niche at Big Machine Records as a West Coast regional promoter, building relationships with radio stations and connecting them to artists. One of those artists was an optimistic country singer named Taylor Swift—born the same year he’d hit rock bottom, 1989. She told him she wanted to be the biggest star in the world, and he told her that she needed to meet 500,000 people to get started. Barker became her manager shortly thereafter, and both of their lives changed irrevocably. 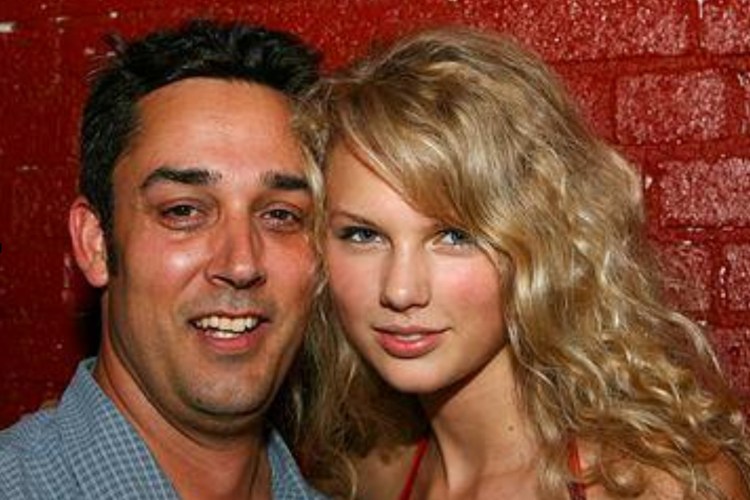 “He was the first one to ever say that to me and it sunk in,” Swift told Pollstar in 2007. Barker and Swift teamed up for two years before he started to work for Sony Music as a consultant. After a few more years, Barker’s prescience struck again when he identified a dearth in the business.

“There’s not a chamber of commerce for the music industry,” Barker said. “I felt that podcasting was the easiest way for me to take my credibility, my proven track record and my access to people in the industry that a lot of people don’t have access to. Podcasting was the quickest and easiest way to get that message out and control the narrative.” Luckily, Barker already had the voice. All he had to do was start sharing his know-how with an audience.

Next week, Barker will hit the 150th episode of his show, The Music Industry Blueprint Podcast. He’s covered getting music on Spotify playlists, writing music for film and TV, evaluating what your digital footprint says about you and more. He also addressed the recent tension between Taylor Swift, Scott Borchetta and Scooter Braun. (Choice quote: “What I want to do is take this opportunity to educate people on what is going on, what they’re fighting over and kind of explain a little bit of the music business for those that don’t seem to know.”) Other times, his episodes have nothing to do with music. After spending three hours circling over Orlando on a prolonged flight, he uploaded a podcast called “How to Handle Turbulence!” and tied it to broader life lessons. But there are some things he can’t teach, and it’s what he believes sets a star apart: work ethic and determination.

Barker summarizes his philosophy with this: “We can teach you how to sing, we can get you songs, we can put you on tours, we can do a lot of different things for you, but we can’t teach you to care. We can’t teach you to wake up every morning and be willing to do the things that are uncomfortable.”

Barker followed his own tried-and-true advice—“Find a hungry audience and feed it”—and his audience has responded positively. (As of this article’s publication, the podcast had 220 five-star reviews.) Barker doesn’t have a clear idea of what he’ll cover in the future of his podcast (besides, he says, hopefully interviewing Gary Vaynerchuck). If there’s anything this industry has taught him, it’s the importance of being adaptable and ready for anything.

“You never know what opportunity is gonna present itself,” Barker said. “The key is to be prepared for those opportunities."

Read Next: Lil Nas X Likes ‘Kick It’ Better Than ‘Old Town Road,’ So We Asked How It Was Made

Read Next: How Wiz Khalifa’s DJ Landed a Gig Playing a National Anthem Mashup at an MLB Game