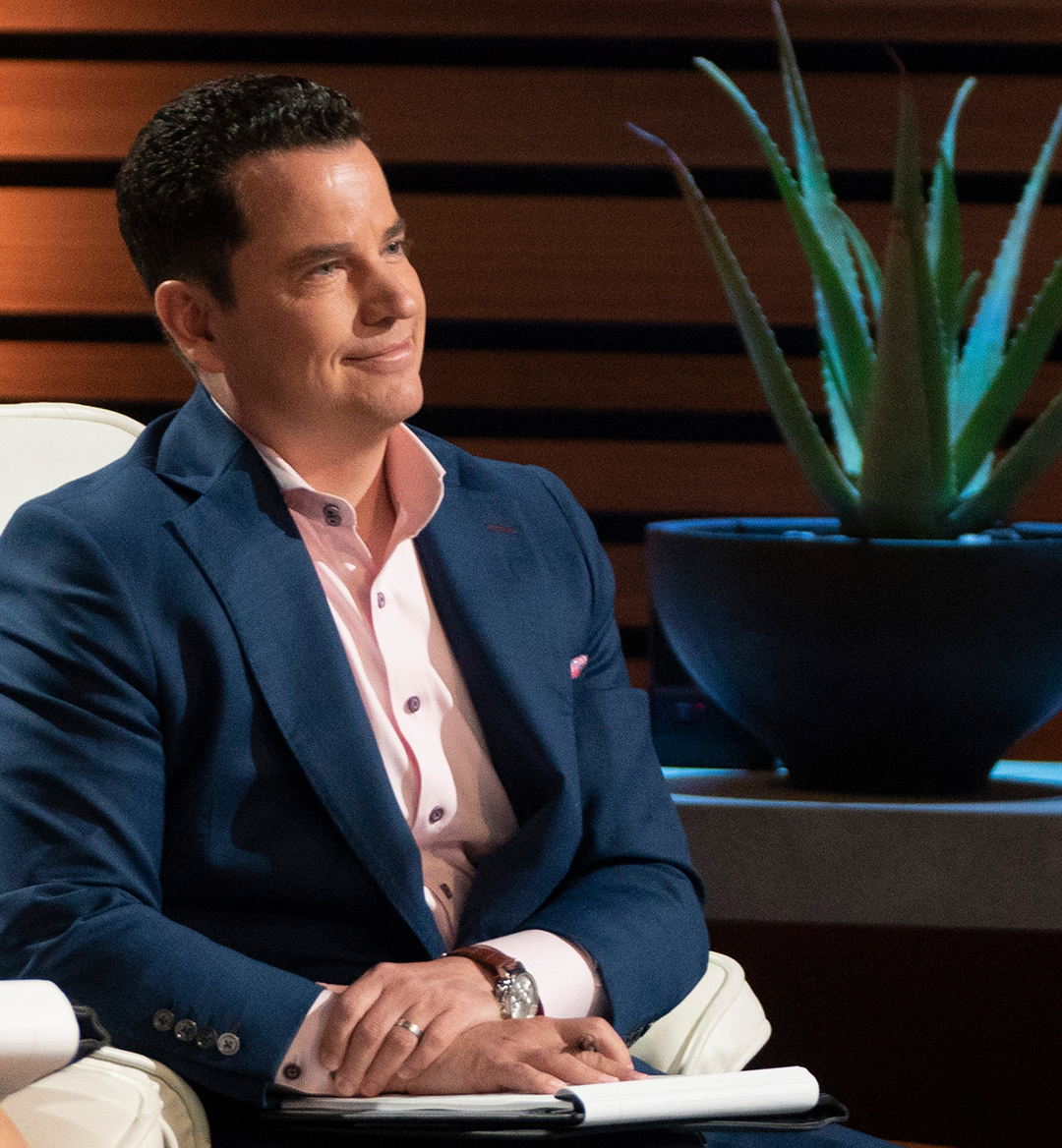 A thousand entrepreneurs have braved the “shark” investors on ABC’s popular reality series Shark Tank over some 200 episodes this past decade, earning a total of nearly $125 million in investment money from the panel of main sharks and rotating guest sharks like Ashton Kutcher, Richard Branson and Troy Carter.

In a rollercoaster episode, these are Higgins’s three best moments that highlighted his humble beginnings, his important work after 9/11 and his entrepreneurial expertise.

“The entrepreneurs who go on Shark Tank, they’re trying to make it and transcend—and I relate to that," he said. "I feel like my whole life has been about that. It’s not about where you began, it’s about where you end up and how much distance you’ve covered.” 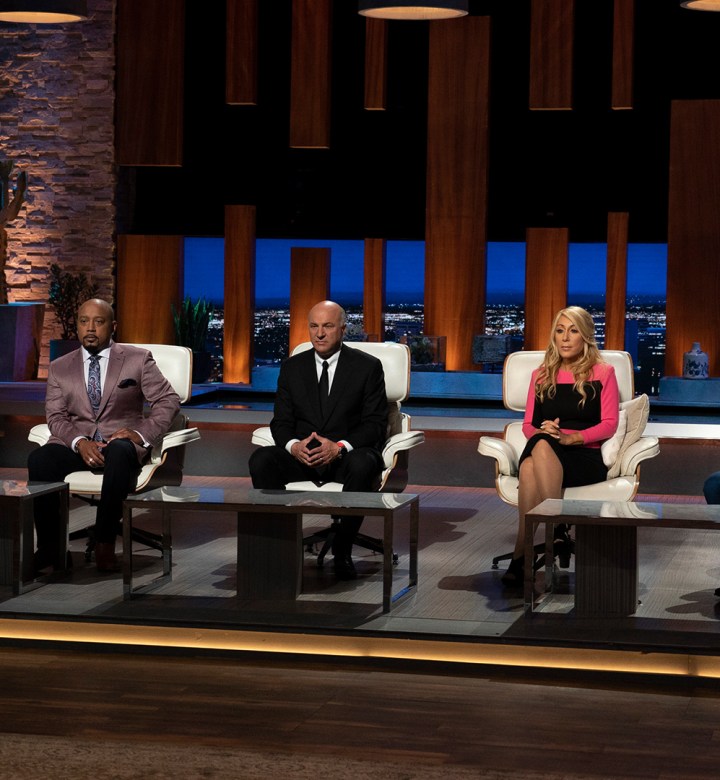 A montage of Higgins’s life revealed he was born and raised in NYC by a single mother living in poverty. “When I say poor, I mean really poor,” he said. “I made a decision at a very early age that I wouldn’t let poverty dictate the rest of my future.” And he didn’t. He dropped out of high school, obtained his GED, attended Queens College, pursued his law degree at Fordham Law School and then, at 26, became the youngest NYC press secretary when Rudy Giuliani appointed him to the post. But tragedy struck, twice. “On the first day of the job, my mother died,” Higgins sad. “I regret that my mother never got to experience the benefits of the life I’ve created.”

Then, the Sept. 11, 2001, terrorist attacks happened. He was tasked with managing the city’s media response efforts before becoming chief operating officer of the agency in charge of rebuilding the World Trade Center. “The greatest professional honor of my life was to be involved in the rebuilding effort,” he said. “It would become a defiant symbol of resiliency for New York and for the country.”

2. ‘Your father will live on forever through each of you and this product’ 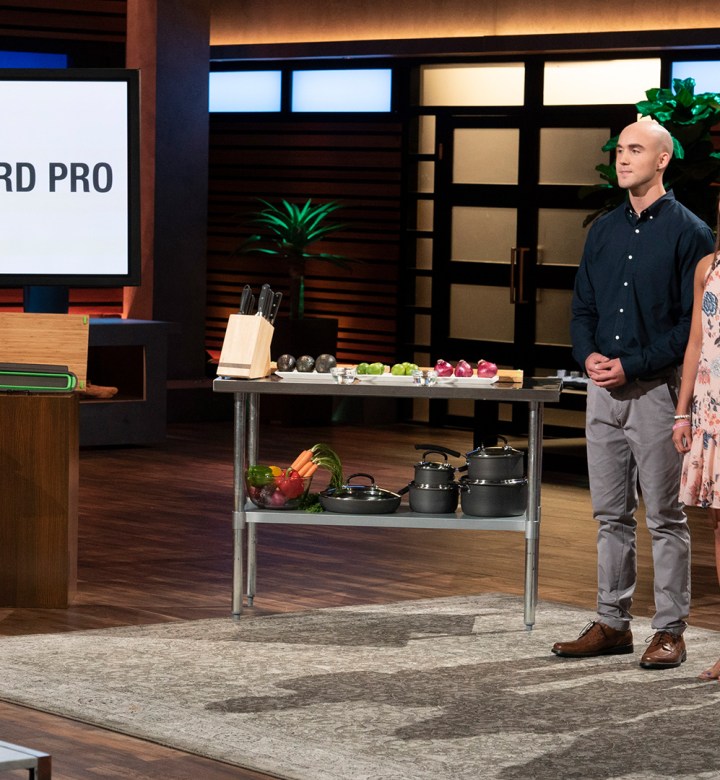 “I was at Ground Zero during 9/11 and spent two years doing cleanup,” Higgins told three siblings who lost their mother to breast cancer in 2012 and then later lost their father to cancer that developed from being a firefighter in the 9/11 cleanup. “I met a lot of great people like your dad and a lot of people who have lost their lives. It’s great that you’re doing this.” This being Kaley, Kiera and Christian Young finishing what their father, Keith Young, had started. Before he passed away, Keith had been inventing the Cup Board Pro, a well-designed bamboo cutting board with a detachable cup to collect juices and scraps. His dream was to pitch it to the sharks on Shark Tank, but he died three months prior to the episode’s taping. Every cutting board featured the number “343” on it to represent the number of firefighters who died on 9/11.

“Your dad sounds like an amazing guy,” a teary-eyed Higgins told the three children, aged 24, 20 and 15. The youngest Young chimed in at one point with, “Who’s ready to make our dad’s dream a reality with us,” with not one dry eye on any of the sharks.

Moved to tears, all five sharks unprecedentedly decided to invest a combined $100,000, each offering $20,000 for 20 percent company. The bonus catch? Well, the money earned from the sharks’ stake would be donated a charity helping 9/11 first responders. “Your father will live on forever through each of you and this product,” Higgins said.

3. He doesn't invest in ideas; he invests in people 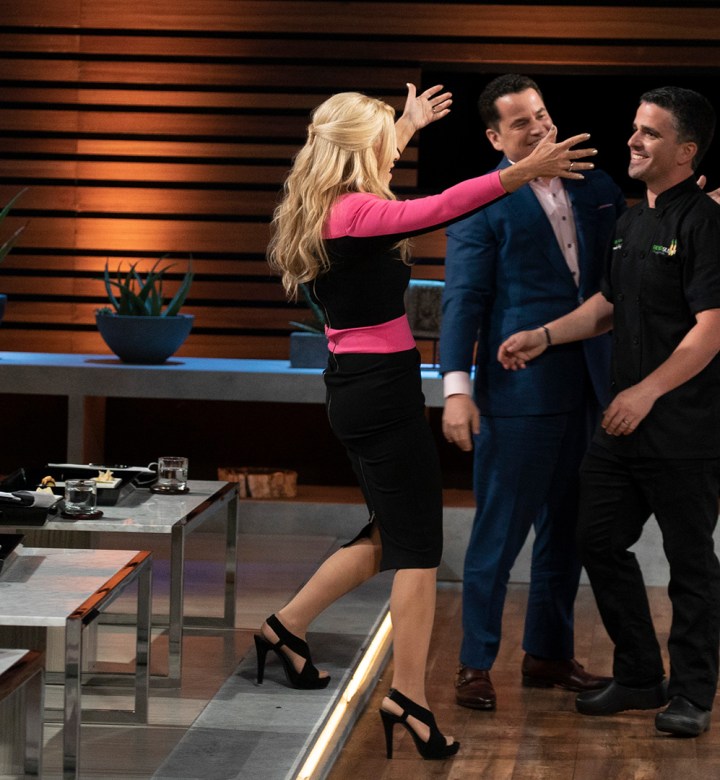 Early in the episode, Higgins proclaimed, “I don’t invest in ideas; ideas are cheap. I invest in people, special people who have what it takes to take that idea and go the distance.” One special person he believed in was New York chef Guy Vaknin, owner of vegan sushi chain Beyond Sushi. Vaknin requested $1.5 million to expand his business across the nation. With that much money on the line, Higgins grilled Vaknin with questions, exchanging detailed business terms that eventually scared away fellow shark Daymond John from investing. Vaknin impressed Higgins and Lori Greiner.

“We’re going to work together and change your life,” Higgins told Vaknin. “We’re going to make this a very big company. We’re going to cross-market like crazy. I’m going to help you get into airports and stadiums all over the country.”