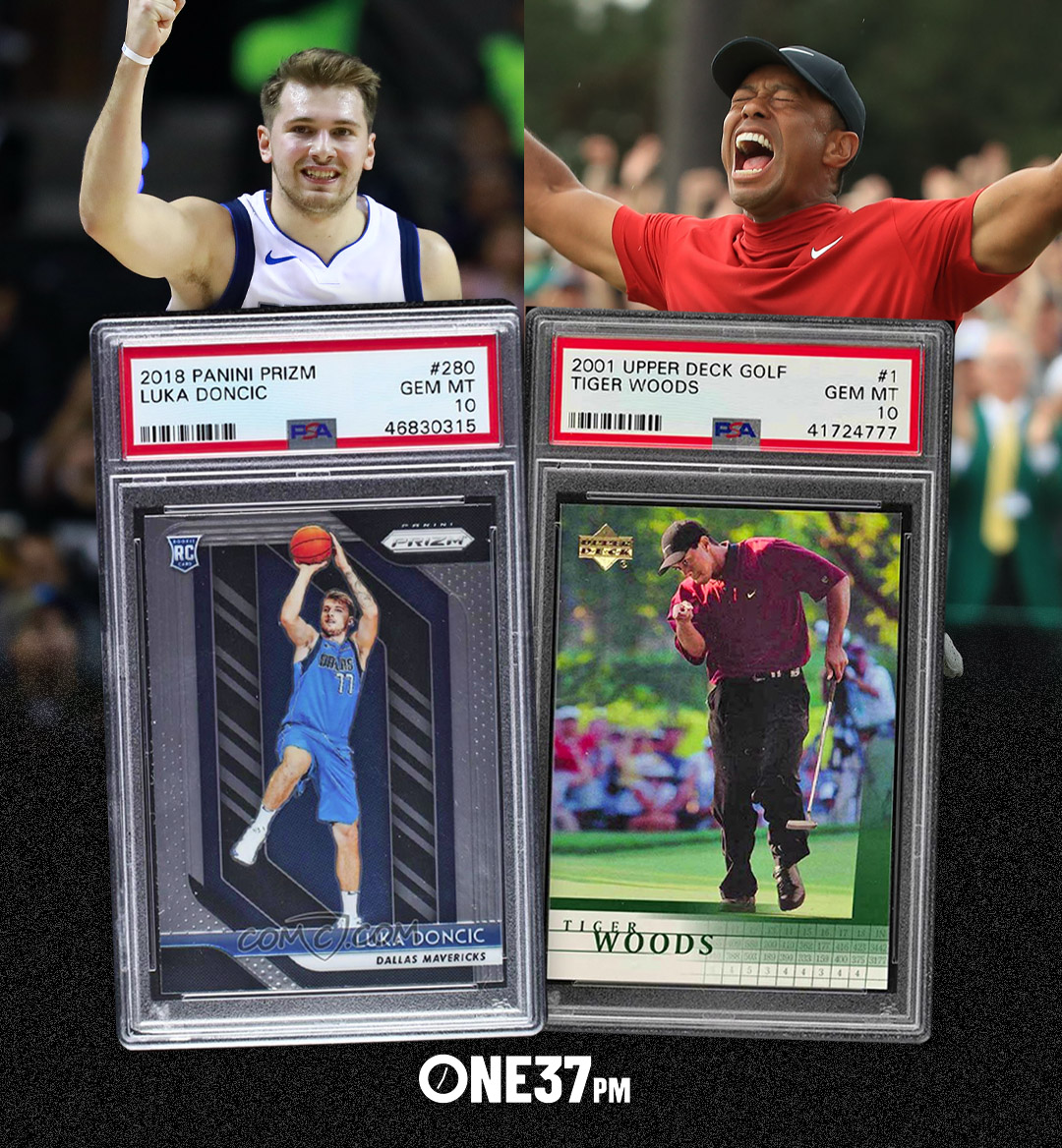 In the most recent installment of our “Data Debates” series, in which we aim to help newcomers understand the process of evaluating supply and demand and identify which cards are overvalued vs. undervalued, we break down one of sport's all-time icons, Tiger Woods and his 2001 Upper Deck Rookie vs. the young phenom, Luka Dončić and his 2018 Panini Prizm Rookie.

1. The Case For Tiger Woods 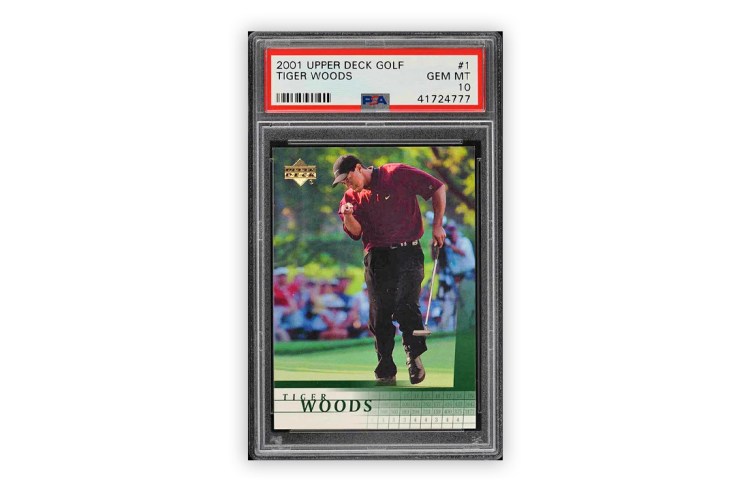 Simply put, Tiger Woods is the type of athlete that only comes around once in a generation. Mentioned in the same breath as icons such as Michael Jordan, Babe Ruth, Wayne Gretzky, and Joe Montana, Tiger was the type of athlete that was must-watch television. Even people who weren’t fans of golf tuned in on Sundays from the late ’90s through the late 2000s to watch Tiger finish out another major tournament victory in his iconic red shirt.

His accomplishments in golf are other worldly:

After a messy public divorce, Tiger took some time away from golf and saw his ranking slip to #58 in November of 2011 before regaining his #1 ranking from March 2013 - May 2014. However, four separate back surgeries would take him out of contention from August 2015 - January 2018.

In September of 2018, Tiger took home his first tournament win in years, winning the Tour Championship. A year later, he won his first major tournament in six years, bringing home the green jacket at the Masters for the 5th time in his career.

His 82 PGA Tour wins tied for the most all-time with Sam Snead, and his 15 Major Tournament wins trails only Jack Nicklaus (18). He is the youngest player to achieve a Grand Slam (winning all 4 majors in the same year) and only the second golfer (again, Jack Nicklaus) to accomplish this feat three times.

2. The Case For Luka Dončić 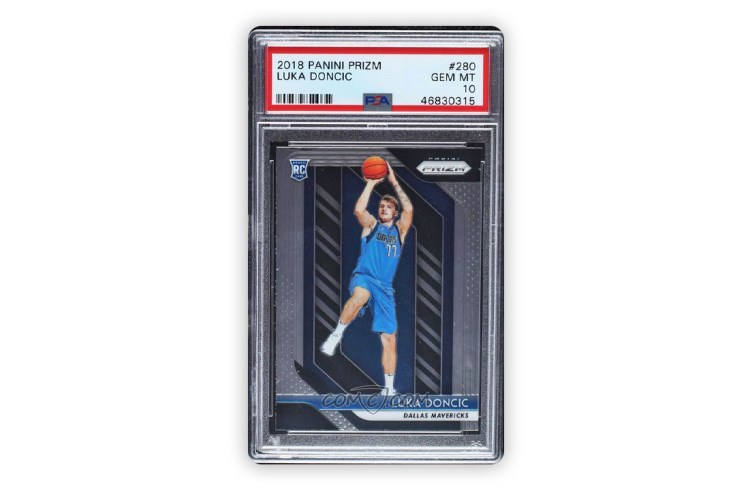 Doncic was selected by the Atlanta Hawks in the 2018 NBA draft and subsequently traded to the Dallas Mavericks for Trae Young and the Mavs 2019 1st round selection. Luka would win the 2018-19 NBA Rookie of the Year and, in 2019-20, Luka was named to his first All-Star team and All-NBA First Team.

His sophomore season was incredible, posting 28.8 points, 9.4 rebounds, and 8.8 assists per game, and he owns four of the five triple-doubles ever by a teenager in NBA history. In December of 2019, Doncic signed an endorsement deal with the iconic Air Jordan brand. 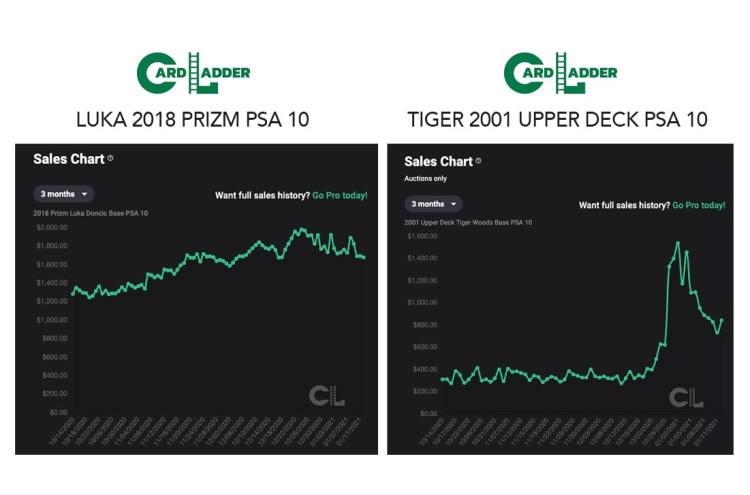 4. Who is the Better Investment? 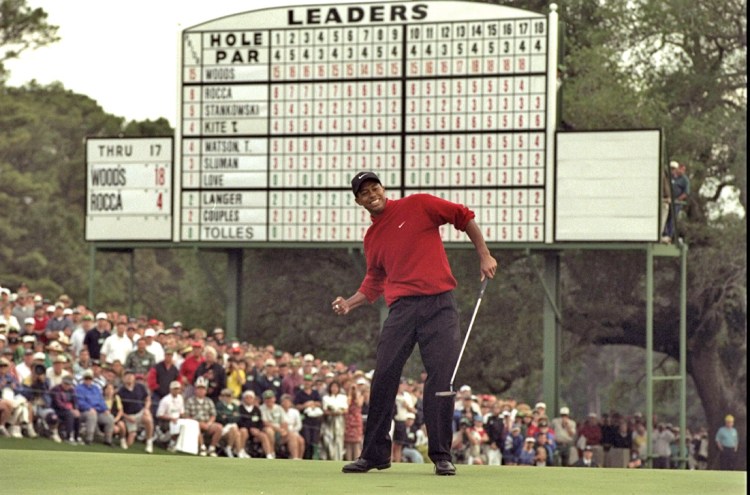 To compare the two at this point in Luka’s career is almost insulting to Tiger’s legacy. Tiger’s story has already been written, and the only question that remains is whether or not he will win the 3 more Majors that he needs to tie Jack Nicklaus for most all-time. With just one more victory on any tour event, he will break Sam Snead’s all-time record. Simply put, Tiger is the GOAT, an absolute living legend. Despite Luka’s individual success in his first two seasons, he has yet to come anywhere near an NBA Championship.

An investment in Luka is a speculative play. All of the physical tools are there, but his story is still very much unwritten. We are basically still in chapter one. As we have seen with iconic athletes such as Bo Jackson, all it takes is one major injury to derail a promising career.

I understand that basketball cards are obviously more collectible and in-demand than golf cards. That likely won't be changing any time soon, but is it possible that golf's rising popularity combined with the exploding sports card hobby could make this Tiger card a "must-have" for any collector who loves the sport?

It is estimated that 34.2 million people played golf in America in 2019, including 2.5 million that played golf for the first time. With over 10 million “young adults” (18-34-year-olds) playing, that demographic is now the sport’s biggest customer age. According to this survey, an additional 15.7 million people are estimated to be "very interested in playing golf for the first time," who didn’t play in 2019.

With the incredible number of people who are playing golf booming, combined with the age of these players growing up at a time when Tiger was at his peak of dominance, I think that there is an excellent chance that despite the relatively large population of this card that is on the market, the number of people looking to get one in their collection could boom.

Also, we have a ticking time bomb with the Masters coming up in April. What happens if Tiger wins again, breaking Snead’s tour record in the process and getting one step closer to Jack Nicklaus’ all-time Majors record?

It is my feeling that Luka’s upside has pretty much already been priced in. How much more does that card increase in value if the Mavericks were to win the championship this year, compared to the risk of what could happen if he were to suffer some sort of major injury?

We have seen a big rise in these Tiger cards' prices in recent weeks, with the PSA 10 hitting $1537 as recently as January 2nd amidst HBO documentary hype, before stumbling back down to its current price at $842.50. However, one month ago, it was selling for $275, so it's possible that we have now set a new floor with this card.

For my money, if I’m investing in one of these cards, it's Tiger all day.