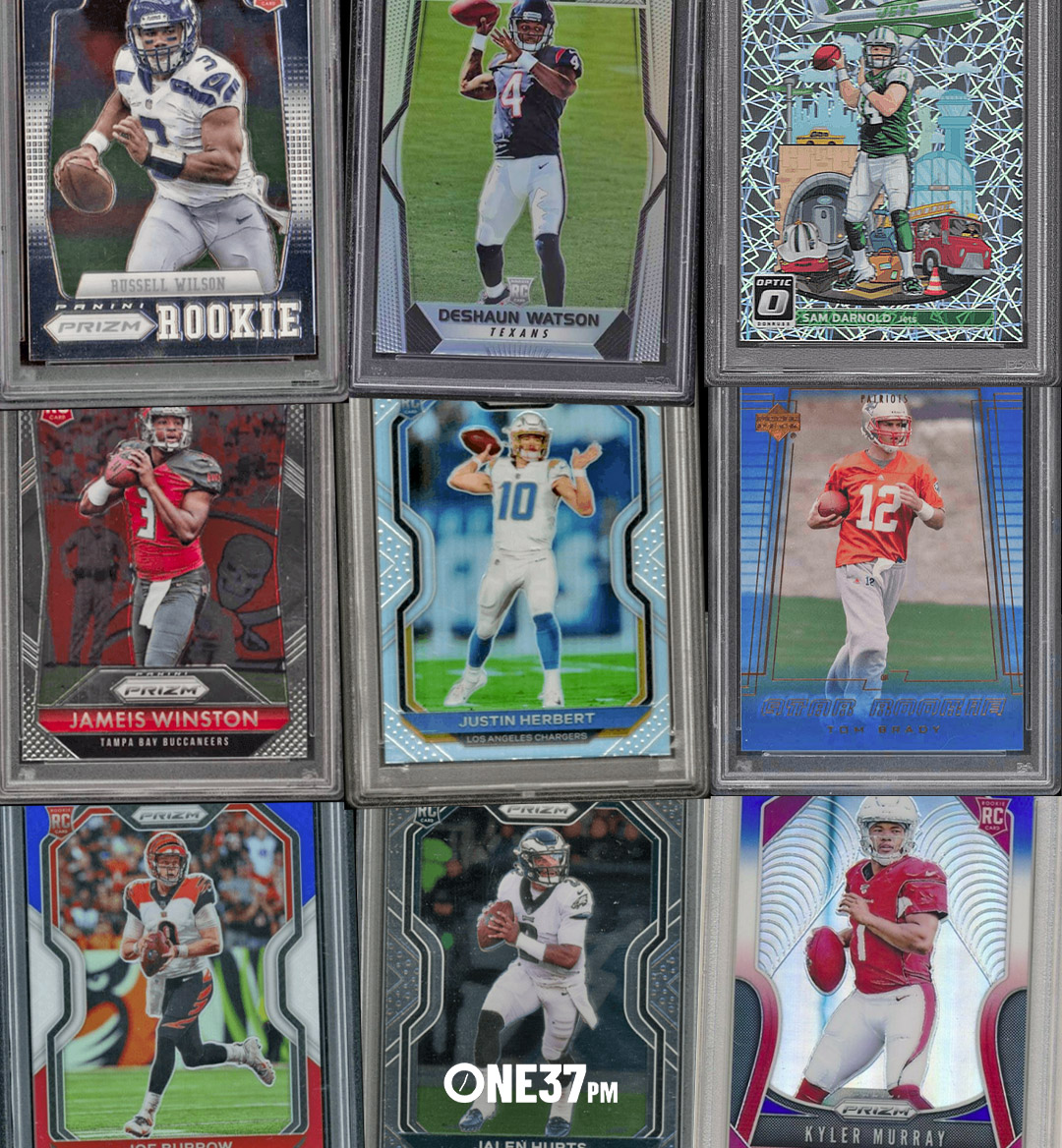 Week 1 of the NFL season is officially in the books and it’s time to look at which rookie cards of active players benefitted the most from on-the-field play.

To construct this list, I used data from Cardladder. To make this list, a card needed to have a minimum value of $250, and I used just 1 rookie card per player. All positional players were considered for the list, but the fastest-growing cards after week 1 happened to all be quarterbacks. 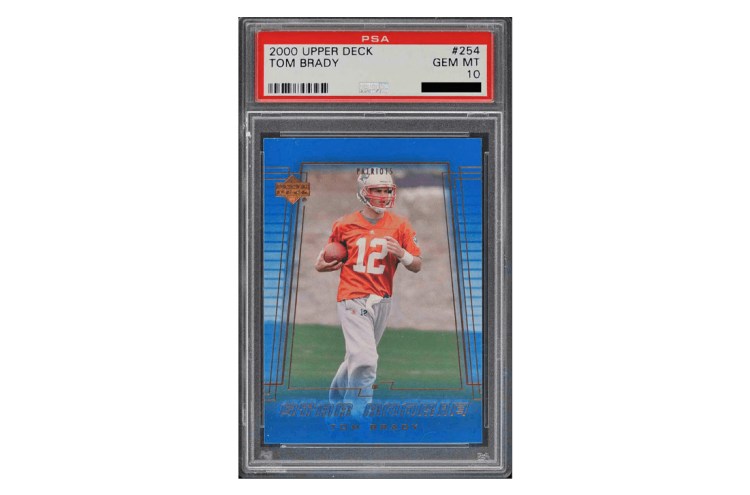 Tom Brady is 44 years old but it did not show on the field Thursday night after he led the Tampa Bay Bucs to a victory over the Dallas Cowboys. Brady earned a 93.0 PFF grade in Week 1, the highest of any Quarterback.

Brady has 7 Super Bowl rings and his cards appreciated in value significantly in 2021. It’s hard to say whether or not his cards are selling at prices that have built-in an eighth championship, but it will be fun to continue watching him defy his age this season. 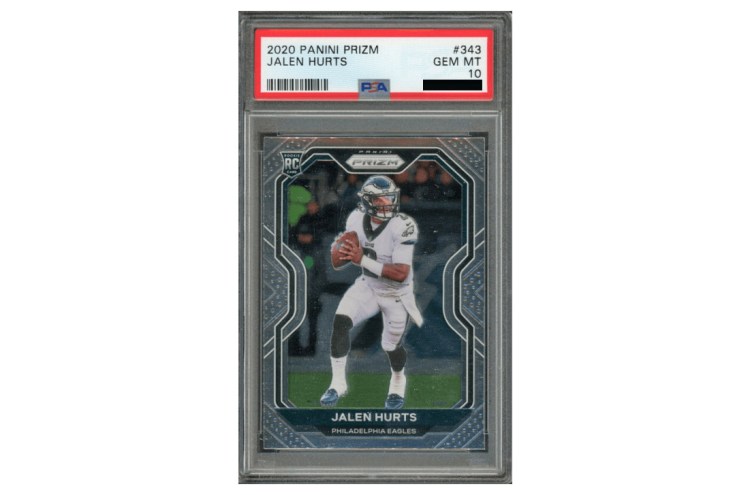 Jalen Hurts and the Eagles silenced a lot of doubters this Sunday with a dominant 32-6 victory over the Atlanta Falcons. Hurts was graded 89.5 by PFF after posting a 77.1% completion rate with 264 passing yards, 3 passing touchdowns, and 62 rushing yards.

Toward the end of February, this card hit a high of $525, likely with the rumors of a Cason Wentz trade, which would give way to Hurts becoming the Philadelphia Eagles’ starting quarterback. 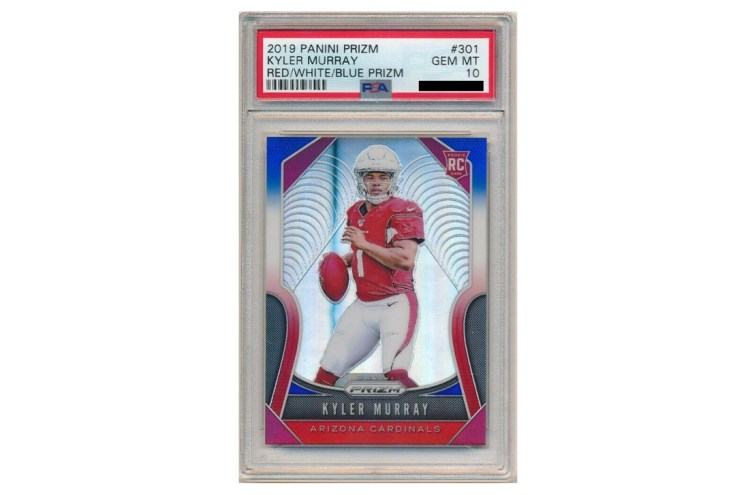 This card has a population of 185, up from 171 in June. Murray is a player to keep an eye on this season both with his dual-threat ability and further rapport with top wide receiver Deandre Hopkins.

Murray’s rookie cards peaked in late September of 2020 (this particular card sold for $948 on 9/24/2020) and it will be fun to see if he keeps up this play and if his rookie cards hit the same trend. 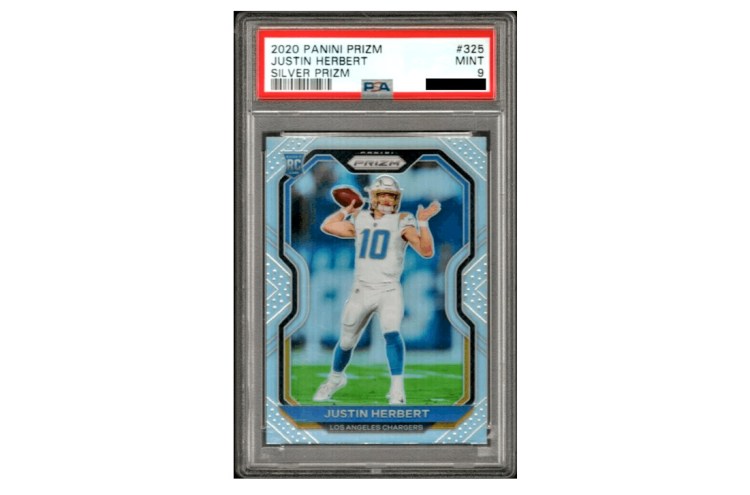 Justin Herbert was the most hyped rookie quarterback after the 2020 season and his card prices reflected that with his Prizm Silver PSA 10 hitting $6,200 in April of 2021.

Herbert received an 84.7 PFF grade for his week 1 performance after defeating the Washington Football team 20-16. 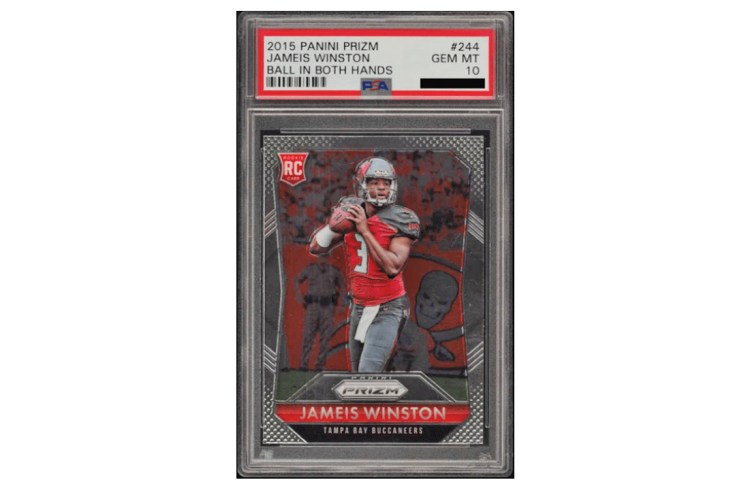 Winston is a former #1 overall draft pick who has an opportunity to shine in New Orleans now that Drew Brees is retired.

This card sold for $285 on 9/11 after selling for $228.50 just two days earlier. It’s worth mentioning that the card hit $300 on 8/29 off the heals of his announcement as the Saints starting quarterback two days earlier. 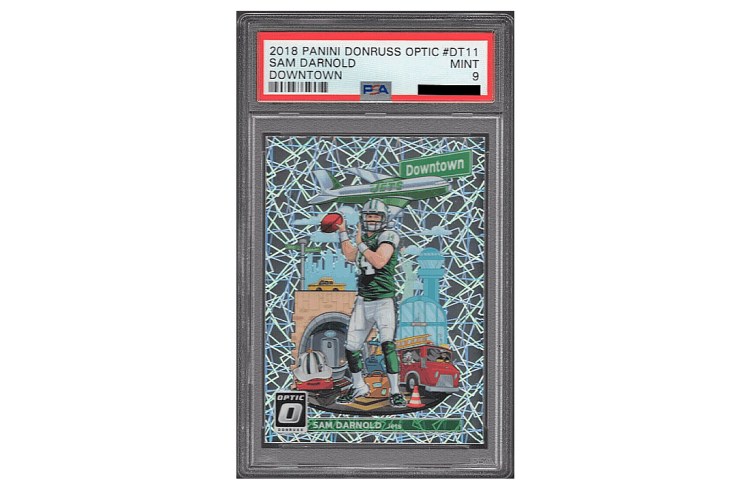 Sam Darnold finds himself on a new team this season but got the chance to open Week 1 against the Jets, his former team. Darnold threw for a touchdown and rushed for a touchdown to lead the Panthers to a 19-14 win over the Jets. 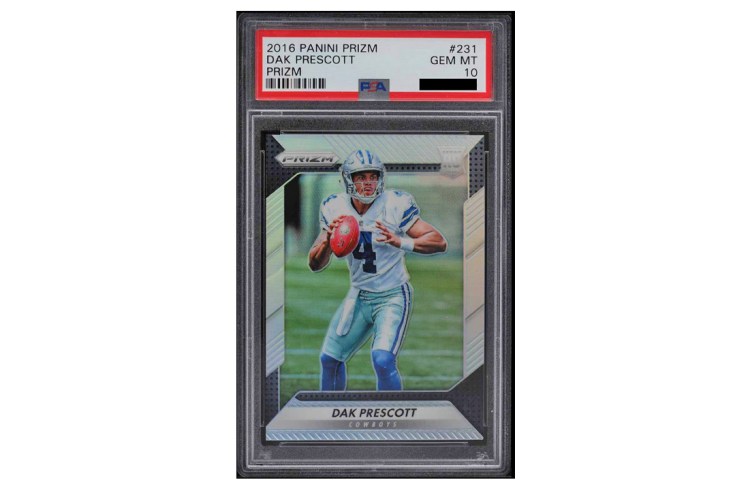 Dak Prescott is back from an ankle injury that left him sidelined for the majority of the 2020 season. Despite losing to Tom Brady and the Tampa Bay Buccaneers, Prescott threw for over 400 yards with 3 touchdowns to 1 interception.

This card sold for $884 on 9/13. The card did hit nearly $1,200 in August with the excitement leading up to the season. The Dallas Cowboys have a high-powered offense with plenty of quality receivers for Prescott to keep putting up big numbers.

The NFC East was a mess last year, but perhaps the Cowboys have a shot at winning the division and making a playoff run. 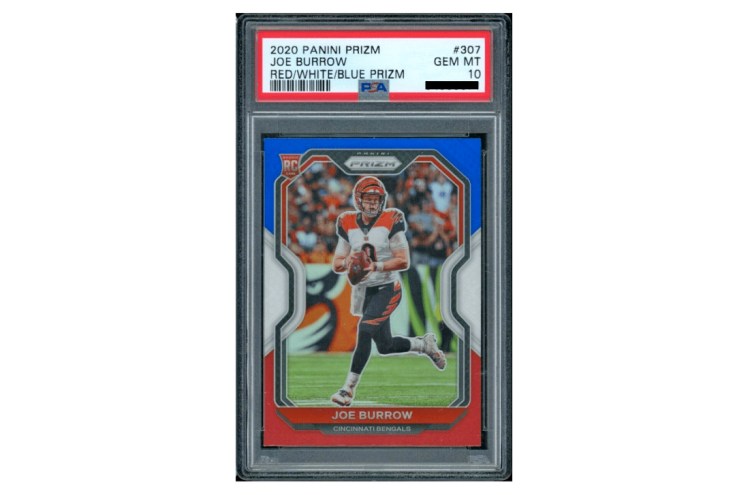 Burrow threw for 261 yards and 2 touchdowns against the Vikings. 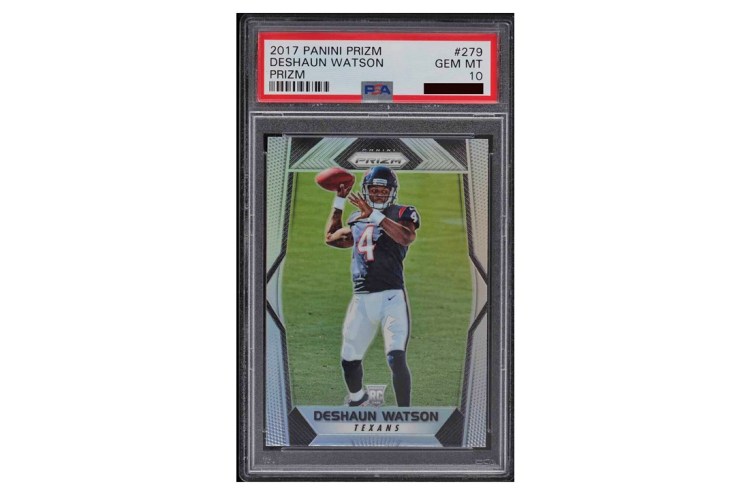 Deshaun Watson didn’t see any action on the field this week but his rookie Prizm PSA 10 went up in value slightly. The card itself is a refractor, but it’s important to keep in mind that there were no base cards in 2017 Prizm football. This card has a population of 2,224 and sold for $535 on 9/13, perhaps in anticipation of a trade to a new team.

This card sold for over $1,300 in February after a season where Watson threw for 4,823 yards and 33 touchdowns. 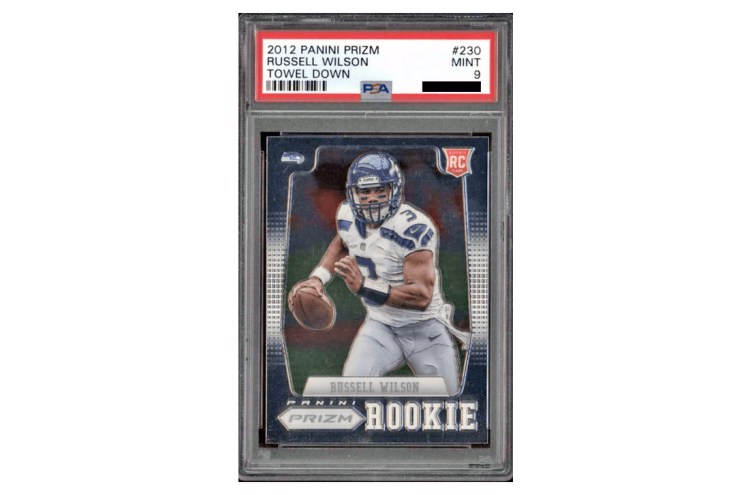 Russell Wilson threw for 254 yards and 4 touchdowns in a 28-16 win over the Indianapolis Colts on Sunday. Wilson and the Seahawks struggled a bit last year and there were rumors that he wanted out of the organization, but that doesn’t take away from his top-tier talent.