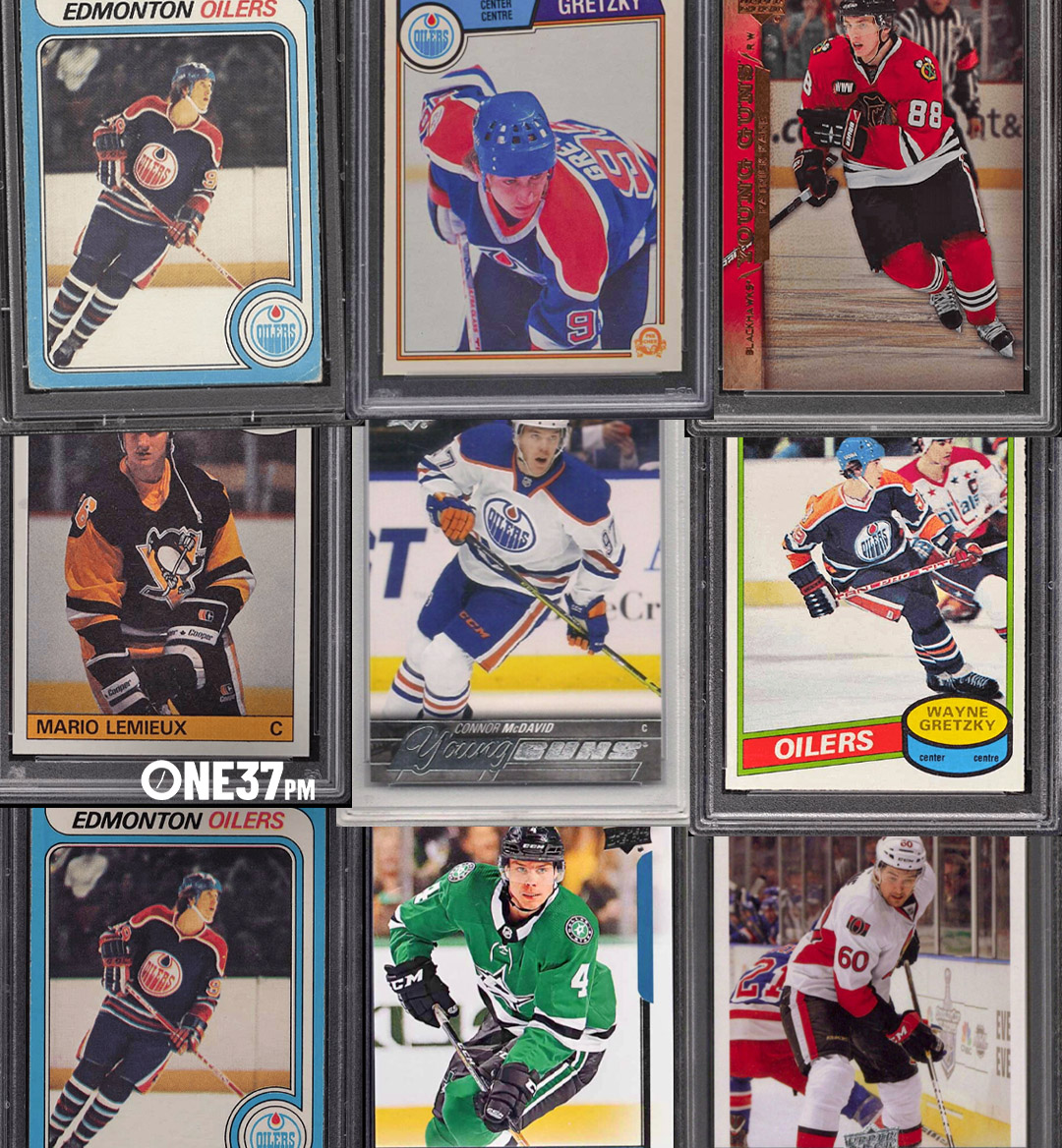 As we kick-off the start of regular season hockey, there’s a lot to be excited about when it comes to the sport’s trading cards. Earlier this year, a 1979 O-Pee-Chee Wayne Gretzky PSA 10 rookie card sold for $3.75 million, ranking 7th on the top-10 list of most expensive sports cards of all time. There’s also a new TV deal that kicks in effect this season, with ESPN and Turner Sports getting the rights to air games. The new deal has generated a lot of optimism about helping bring the sport of hockey to more mainstream audiences.

This mainstream attraction could bring more attention to hockey sports cards. PSA has graded 1,515,785 hockey cards, which is a strong base, but still small compared to basketball (5,807,952 cards graded) and football (5,476,649 cards graded).

We’re going to look at the top 10 fastest-growing hockey cards over the past month. In order to qualify for this list, a card must have a minimum value of $150 and be in graded condition. 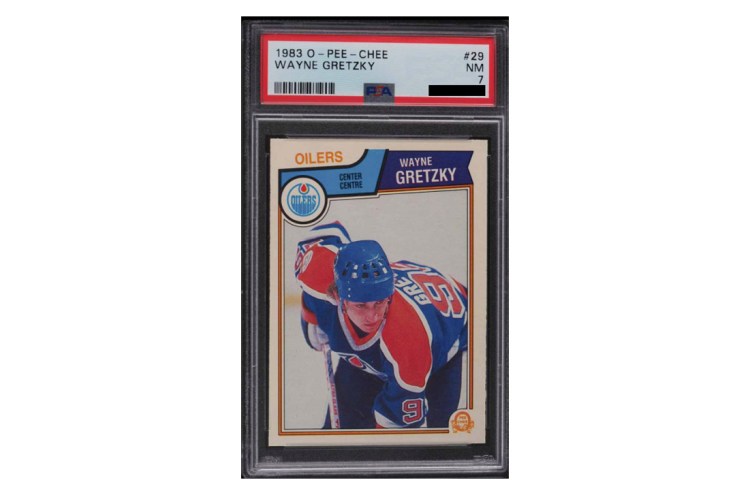 Wayne Gretzky is often recognized as the greatest hockey player of all time, playing 20 seasons, holding 61 NHL records at retirement, and won 4 Stanley Cups over the course of his career. It’s no surprise to see one of his cards at the top of this list, even though it isn’t a rookie card. The 1983 O-Pee-Chee Gretzky PSA 7 sold for $154.50 on 10/2, up from its previous sale of $78 a few weeks earlier: 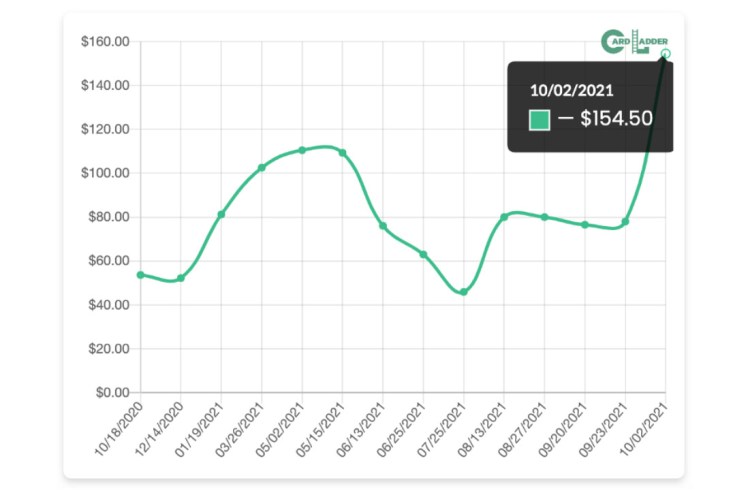 This was a record sale for the card, which has sold 14 times over the past year at an average price of $83.09. 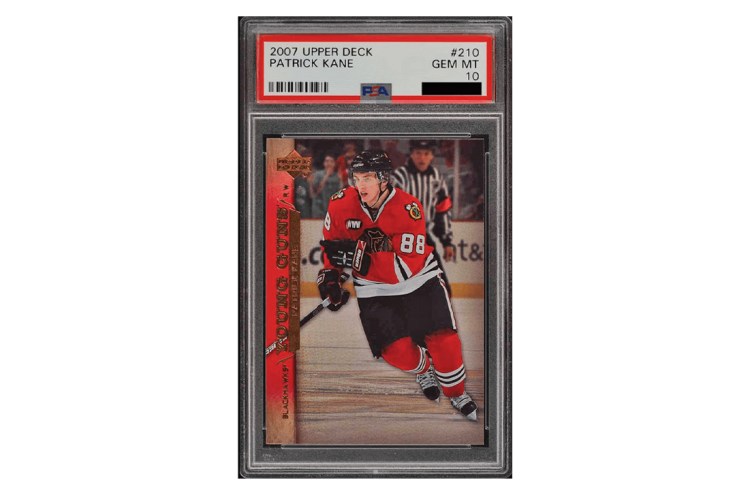 Patrick Kane is viewed as the best American-born hockey player of all time. The 32-year-old has won 3 Stanley Cups as a member of the Chicago Blackhawks and currently ranks 6th in career points out of current NHL players. 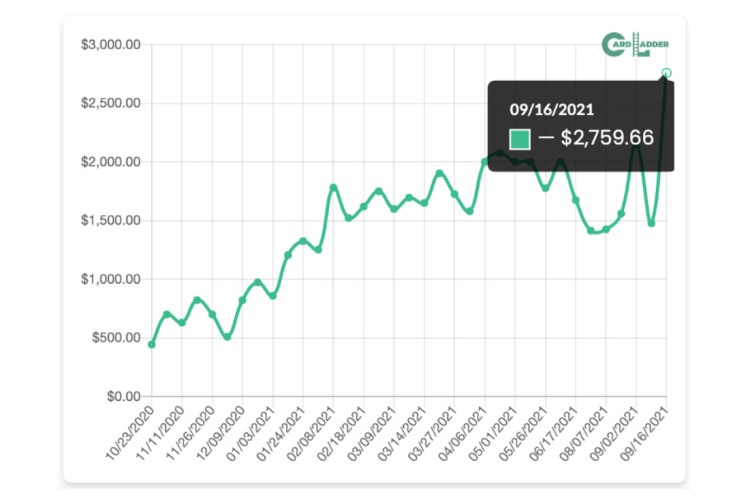 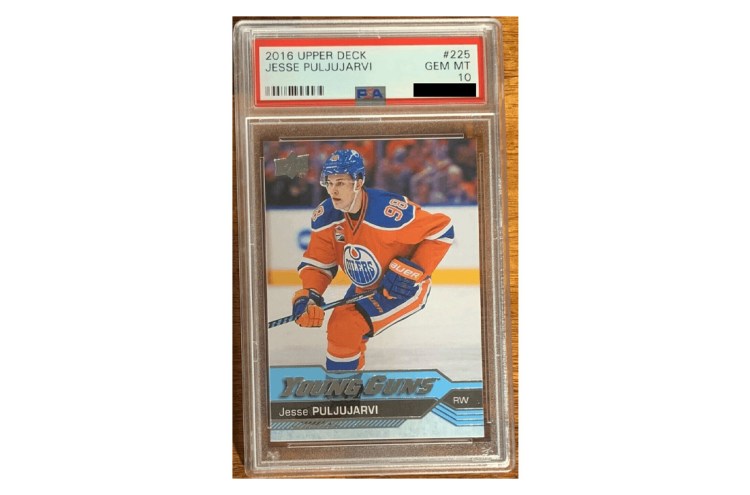 Jesse Puljujarvi is currently a right-wing for the Edmonton Oilers after being drafted fourth overall in 2016. Puljujarvi struggled early in his career but broke out last season to re-establish himself. He scored 15 goals and had 10 assists in his 2020–21 season and looks to be a promising prospect if he can maintain that level of performance. 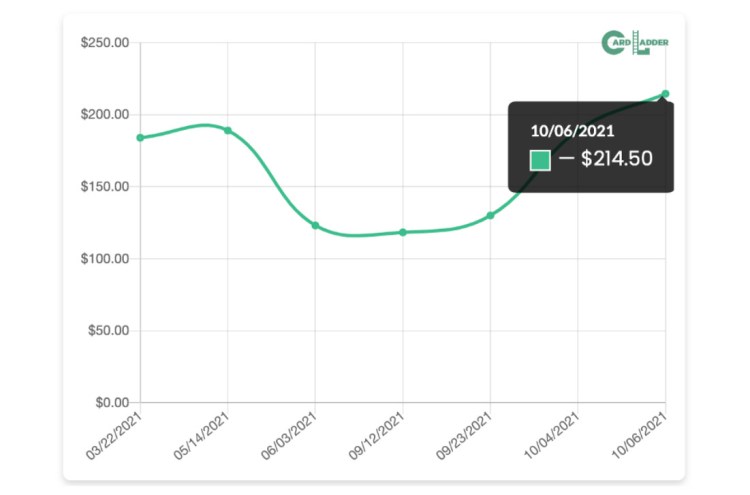 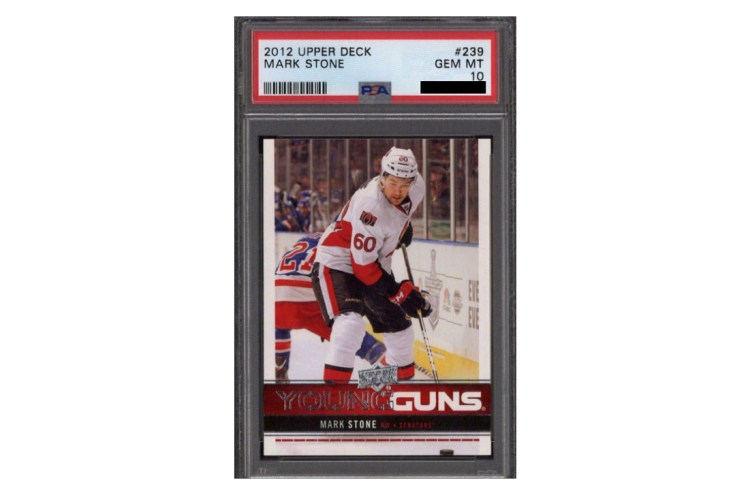 Mark Stone is captain of the Las Vegas Golden Knights, playing right wing. The NHL network recently named Stone the 35th best player in the NHL and the Golden Knights currently have the 3rd best odds to win the Stanley Cup this season according to Vegas Insider. 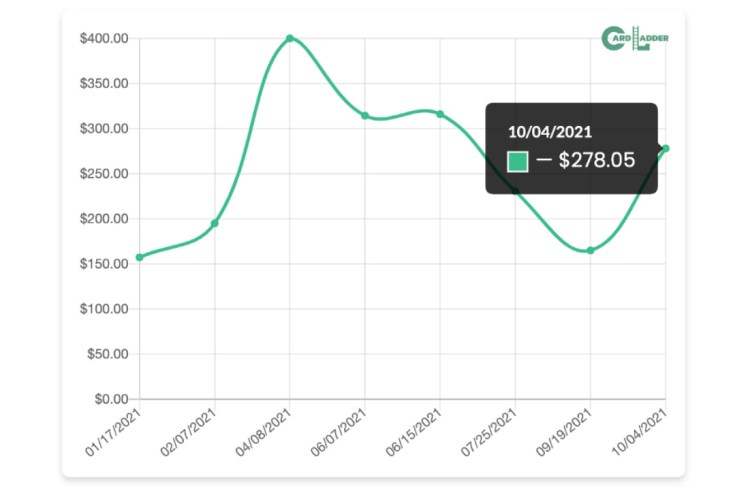 The card peaked at $399.99 in April of this year but has since come down in value. The population 60 card has been sold 8 times in the past year at an average price of $257.02 and has experienced 76.73% growth in that same timed period. 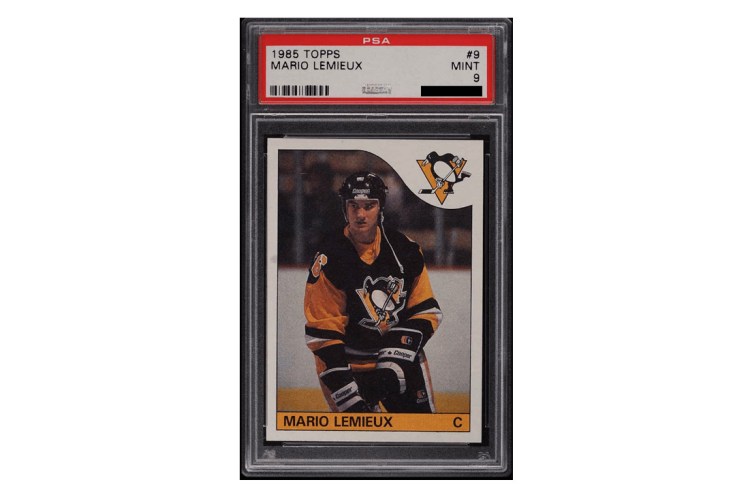 Mario Lemieux was the first overall pick in the 1984 NHL draft and is the only person to have won a Stanley Cup as both a player and an owner. He was ranked as the 4th-best NHL player of all time by Bleacher Report. As a player, he won 2 Stanley Cups, was a 9x all-star, and finished his career with 690 goals. 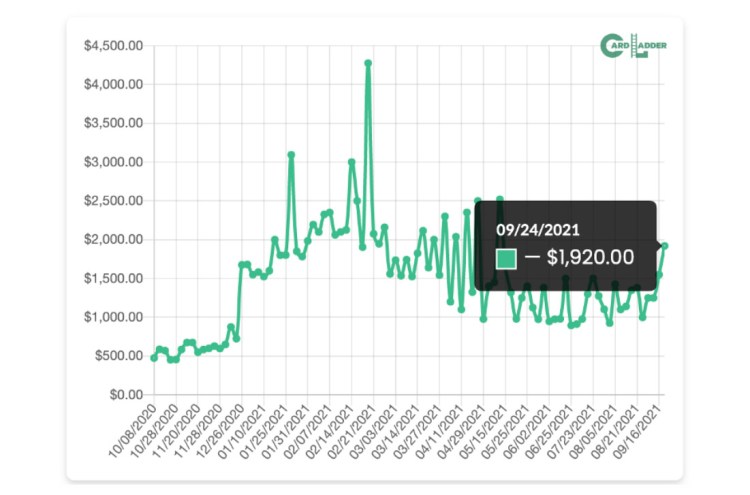 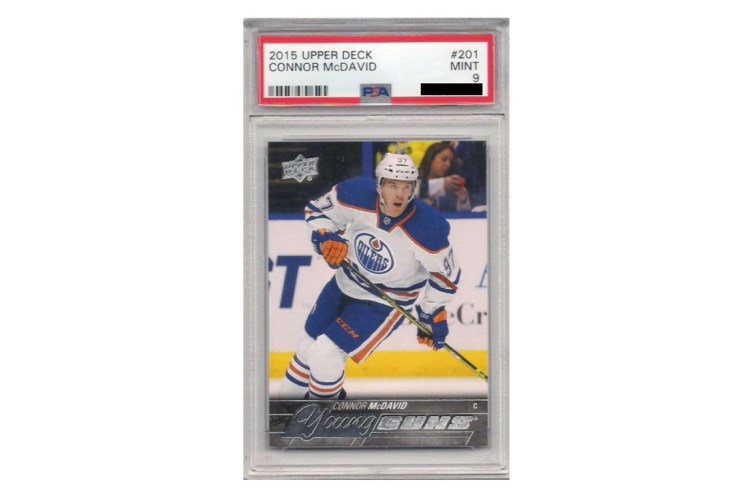 Connor McDavid was drafted first overall by the Edmonton Oilers in 2015 and currently plays center for the team. McDavid has led the NHL in scoring 3 times and is one of just two unanimous Hart Trophy Winners (Wayne Gretzky is the only other player with the same distinction). 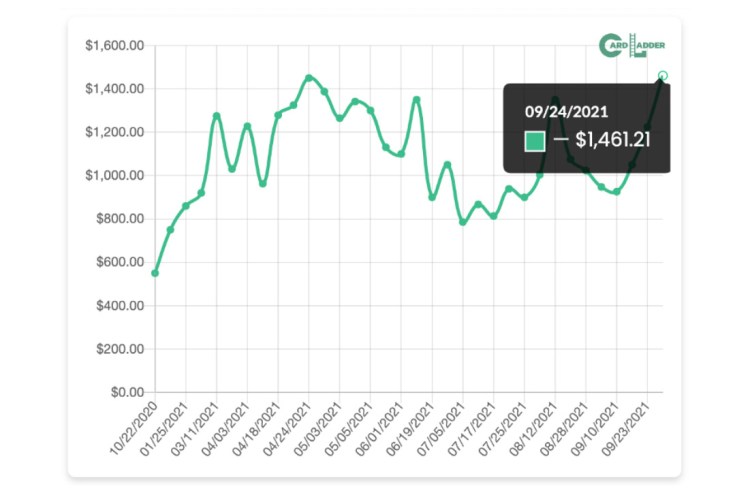 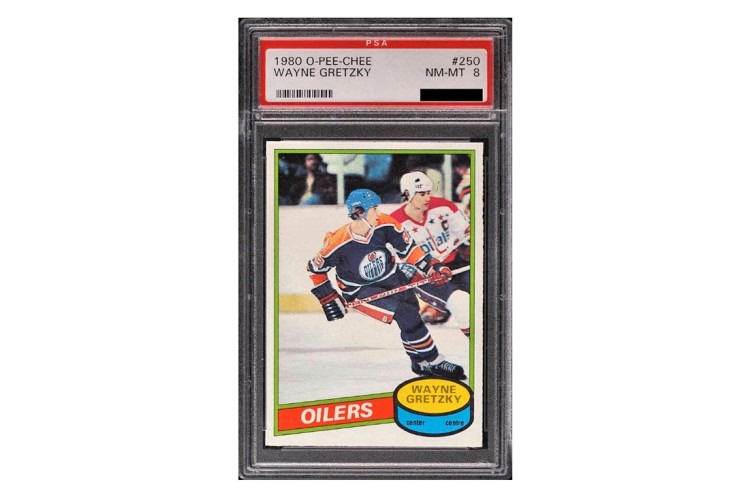 Wayne Gretzky is often recognized as the greatest hockey player of all time and it's even been argued that he is the greatest athlete of all time, so it’s no surprise that we see multiple of his cards on this list. This time it’s the 1980 O-Pee-Chee PSA 8, second-year card. 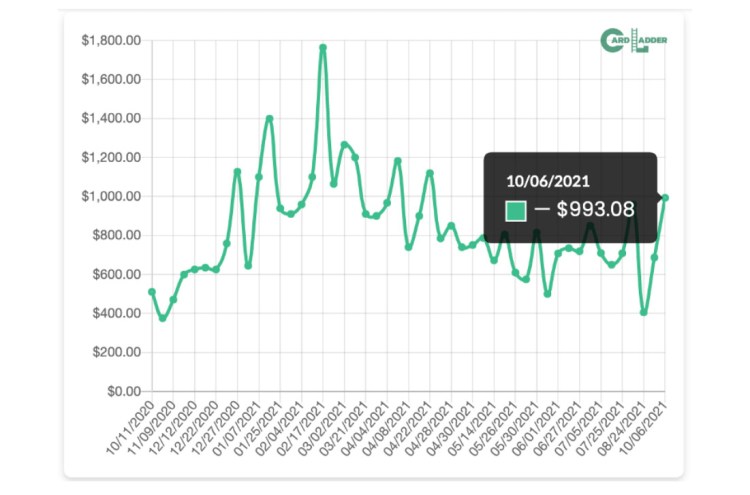 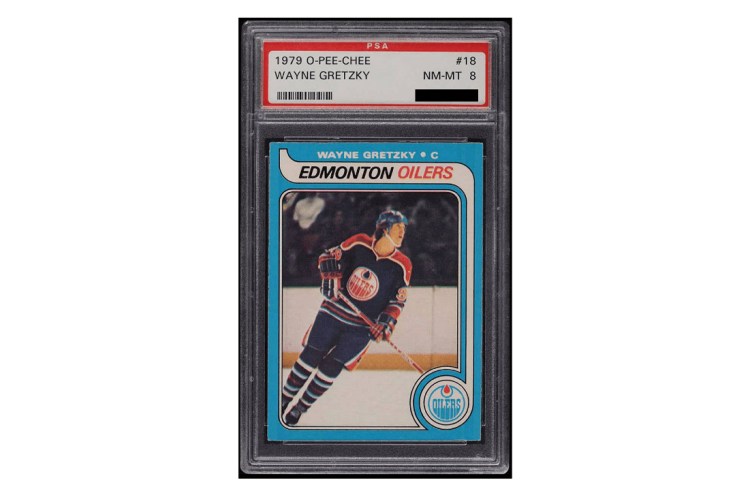 This Wayne Gretzky O-Pee-Chee rookie card has a population of 765 in a PSA 8 grade, much higher than the PSA 10 supply of just 2, but it still commands significant value in the marketplace. 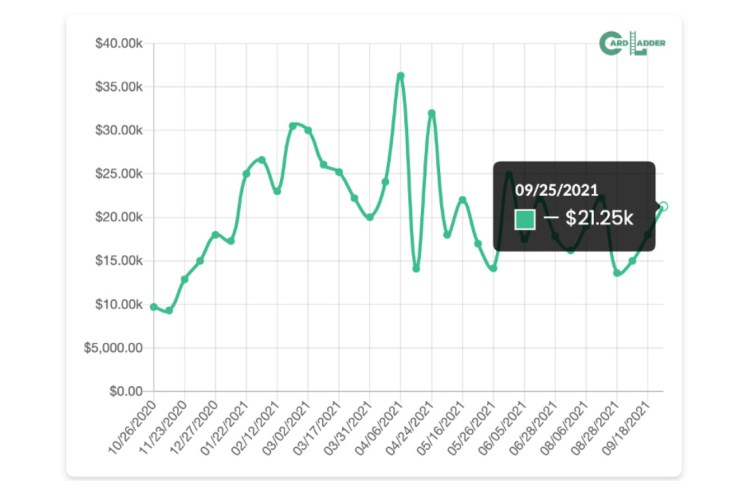 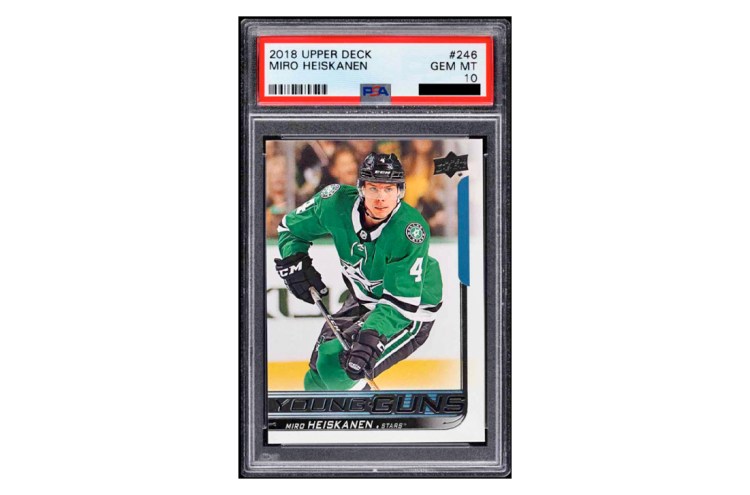 Miro Heiskanen is the first defenseman on our list and was drafted 3rd overall in the 2017 NHL draft by the Dallas Stars. Heiskanen scored 6 goals and 20 assists in the 2020 NHL playoffs and played a big role in the Stars making it to the Stanley Cup. 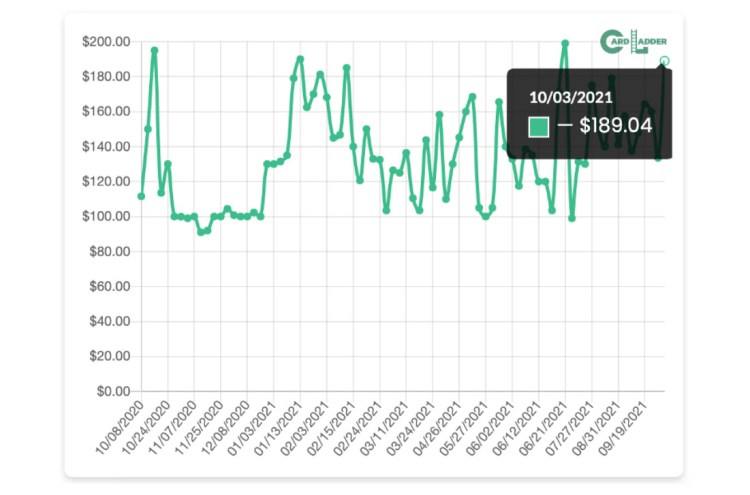 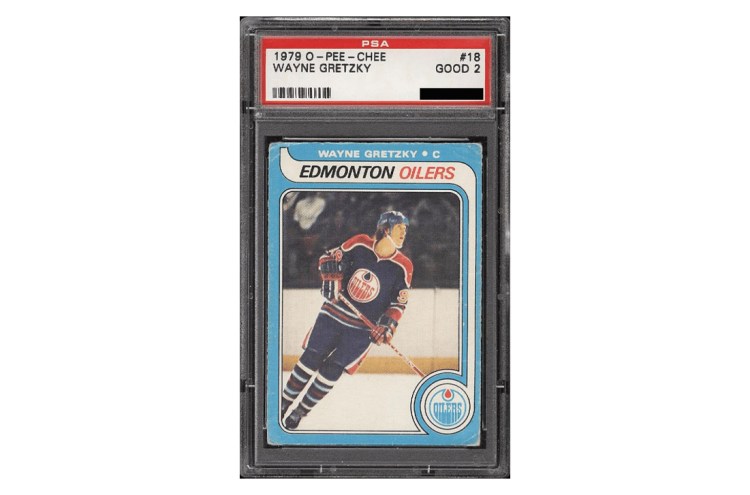 Wayne Gretzky’s rookie O-Pee-Chee card in a grade 2 rounds out our list of top 10 fastest growing hockey cards over the past month. The card is a population 409 in a PSA 2 and despite the low grade, the card still commands more value than most other modern NHL player rookie cards in a PSA 10. 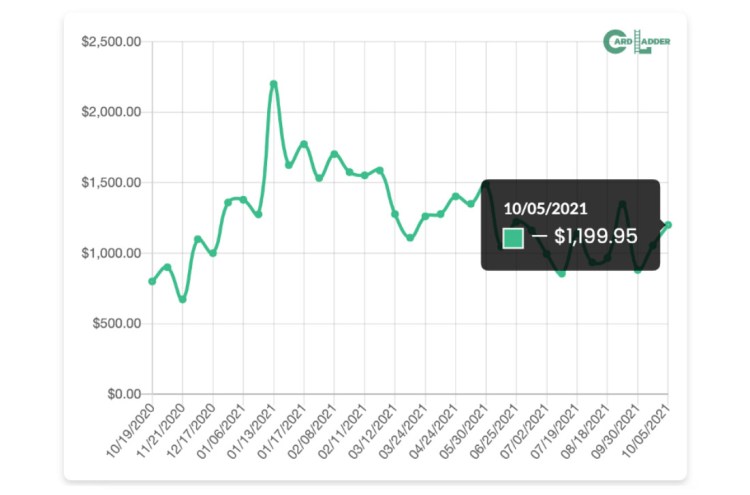 Get To Know: Tom The Mail Man