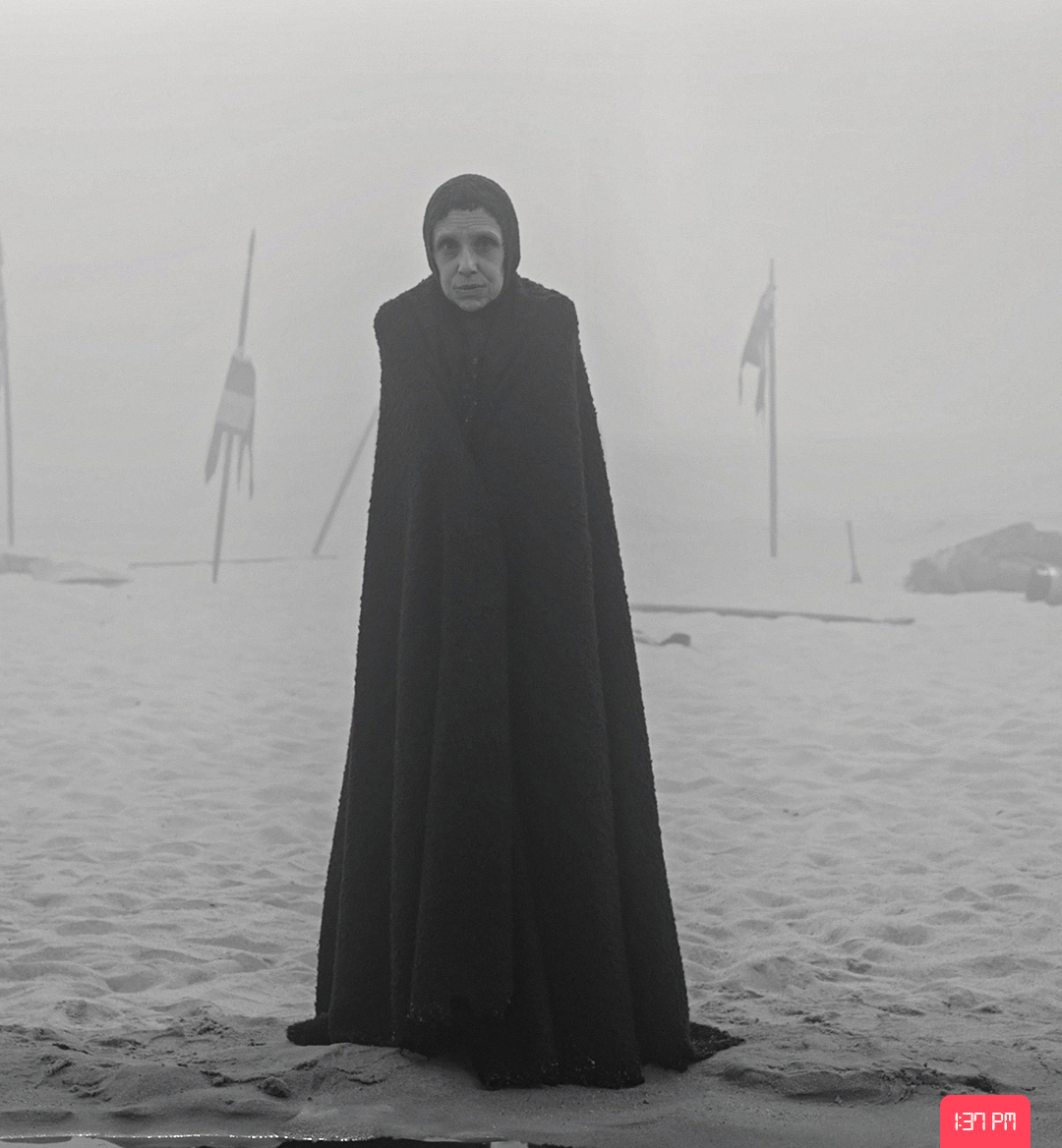 While we all know that The Tragedy of Macbeth is based on Shakespeare's play, Macbeth, this film is a play. For anyone who knows the story of Macbeth well and has a deep care for its language, this film is exactly how you'd want it portrayed on screen.

And by "anyone who knows the story of Macbeth well and has a deep care for its language," I am speaking directly to my high school English teacher, who read the play to us in such a way that it made learning the story exciting and not as tough as others have described.

It seems like that's the block for some people when it comes to Shakespeare: it seems boring, there are too many pages, the words don't make sense, it's too confusing, etc. And most of the time reading Shakespeare, that was the case for me. The Tragedy of Macbeth captures the essence of Macbeth but does so without clutter (or an impending test); it's able to remove all of the distractions and allows you to focus on the story.

The background of each shot practically doesn't matter: in expansive, blank rooms with minimal furniture. Our eyes and focus are on what's most important: the characters and their words. The sharp contrast of shooting in black and white adds further to the ominous nature of things. Stark and serious, every sound seems to carry, from each character's voice to simple drops of blood that become a drum beat. These elements allow the movie to feel like less of a film and more like a play, and it's carried out so as not to feel outright.

And that's without mentioning the acting. 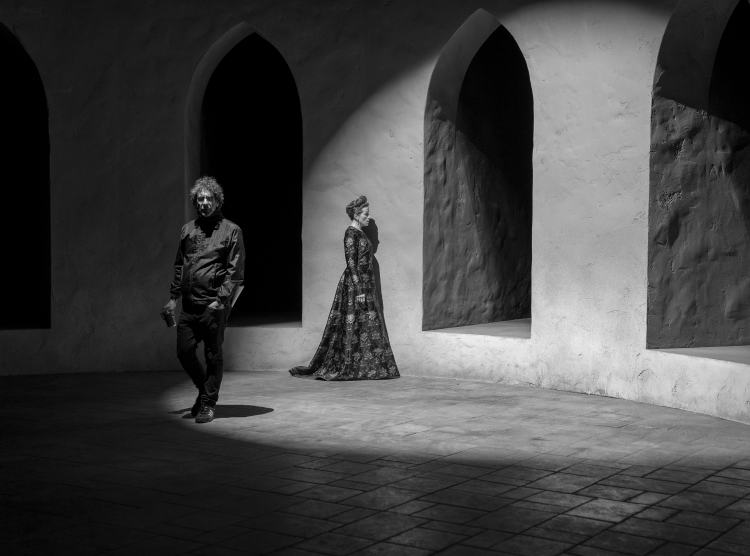 Denzel Washington's Macbeth is like no other, cast alongside Frances McDormand as Lady Macbeth, who doesn't hold back when it comes to advancing her husband's role in Scotland. At first, Washington's performance is sensitive and steadily becomes cold, calculating, and unforgiving as the plot moves forward. Washington and McDormand make a crafty team, though their deviousness is hidden at first by their charming and do-good way of living.

The three witches—all portrayed by Kathryn Hunter—are perfectly eerie, with the main witch contorting her body in such a way to further convey her sinister nature. Instead of casting three separate witches, the other two are first seen in the reflection of a small pond, as Joel Coen utilizes unique filming methods to showcase the trio in unfamiliar ways. 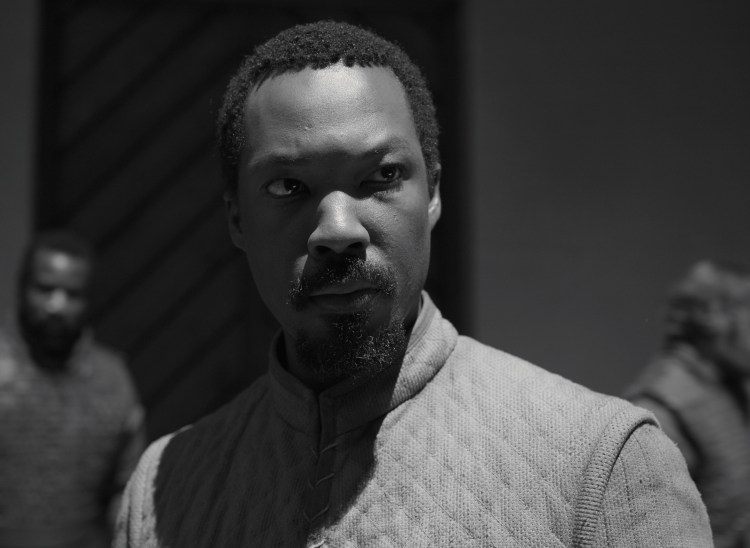 Corey Hawkins is fearless as Macduff; after suffering the loss of his entire family, he forges ahead and takes on Macbeth, leaving the king headless with nothing left but a dainty silver crown lying on the stone floor. At the moment of Macbeth's demise, we realize how meaningless it all was—everything that had transpired was in pursuit of a crown that was so easily taken. Left on the ground, it looked as if it could be split with a simple stomp of the foot.

The crown ended up landing on the head of the rightful heir to the throne: Malcolm (Harry Melling), which makes the actions of Macbeth and Lady Macbeth seem almost extraneous. The crown was destined to land in the hands of Malcolm: if the two hadn't become so invested in diverting the way of nature, none of this would have happened. But then again, we wouldn't have the story of Macbeth.

The film is outstandingly beautiful to watch and equally to listen to, as Coen clearly went out of his way to perfect the tiny details that make Macbeth such a compelling story. From the dark lighting and cinematography to the language he chose to include, The Tragedy of Macbeth exemplifies how a story that's almost 400 years old can be transformed into something completely new.

The Tragedy of Macbeth premieres on AppleTV+ on January 14.