16 TV Shows and Movies to Stream in April 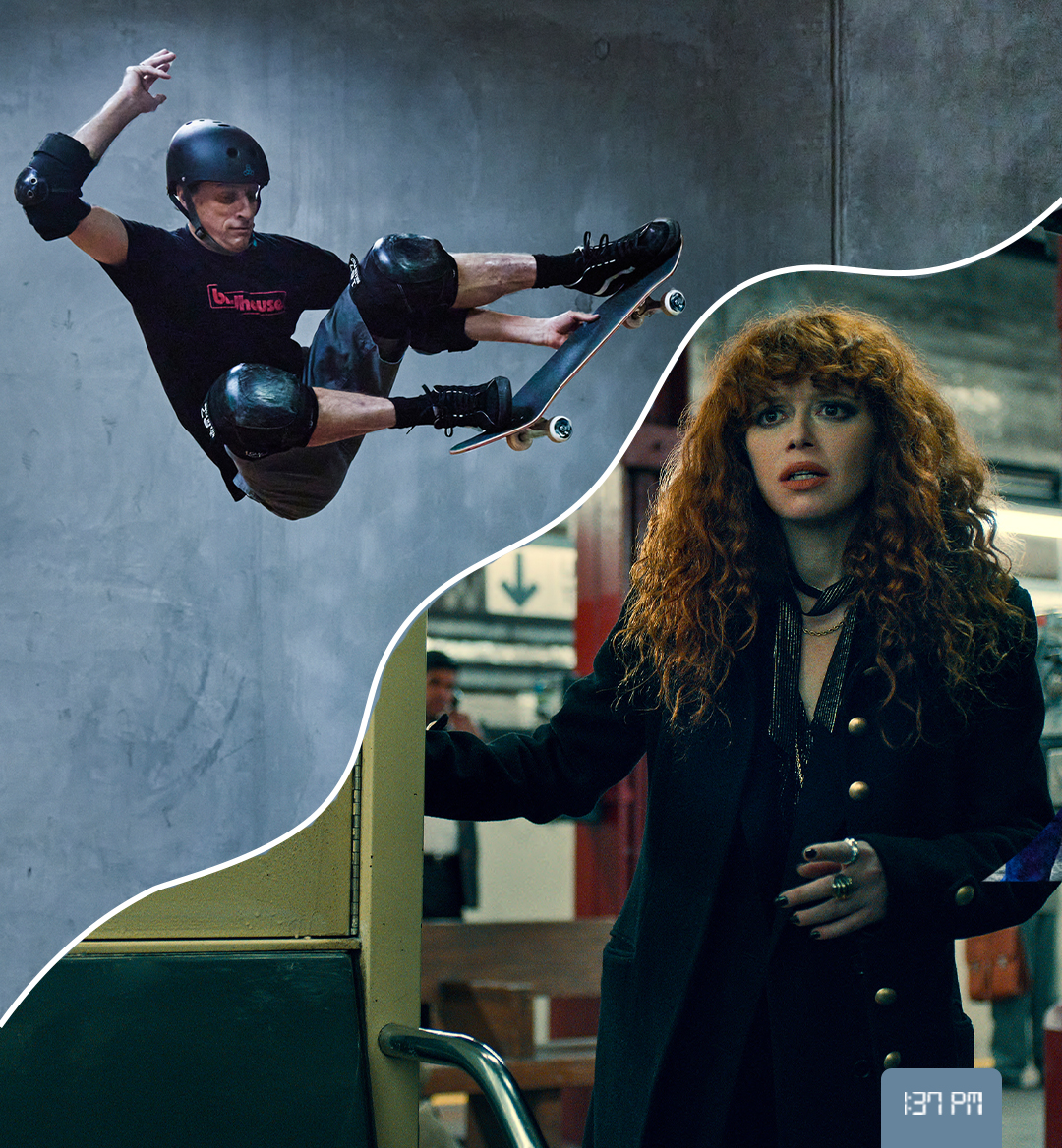 Somehow April is always one of those months that's just absolutely stacked with TV and movie bangers. While this time around I'd say that the television side of things is carrying the bulk of the weight, we've still got quite a few film picks to get us through the month. Ozark, Better Call Saul, and Grace & Frankie are saying their series goodbyes, but newcomers like The Flight Attendant and Russian Doll are finally getting their second seasons. On top of that, we've got another Fantastic Beasts movie and a new epic, The Northman, coming our way.

This sketch comedy series is making its return pretty early on in April, as the first two seasons were major hits, both holding 100% ratings on Rotten Tomatoes. The main cast includes Robin Thede, Gabrielle Dennis, Ashley Nicole Black, Skye Townsend, Lacy Mosley, and Quinta Brunson, though there are frequently added in guest stars.

Sometimes spinoffs just don't take things in the right direction, but AMC truly nailed Better Call Saul, as it's currently approaching its sixth and final season on April 18. Following the life and times of Saul Goodman from his appearances in Breaking Bad, the series focuses on his life as an attorney before Walter White came along.

After a three-year (!) hiatus, Russian Doll is finally making its way back to Netflix. Natasha Lyonne stars as Nadia Vulvokov in this series that teeters from sci-fi to comedy, as we're thrown into a time loop that Vulvokov is stuck in.

The Flight Attendant was a bit of a sleeper hit in 2020, as it didn't have as much public attention as shows like Mare of Easttown. Despite that, it received surprisingly great reviews both critically and from audiences, especially focusing on Kaley Cuoco's performance as alcoholic flight attendant, Cassie Bowden. Cuoco ended up receiving Emmy and Golden Globe nominations for her portrayal.

Bill Hader is Barry Berkman in Barry (okay, maybe that was too much alliteration), which centers around the namesake character, who works as a hitman. It's a dark dramedy, as Berkman is meant to be a hitman, yet he ends up finding a welcoming group of people who are involved in theater in Los Angeles.

As probably the most hyped-up series making a return this April, Ozark is finally (and sadly) coming to a close in Part 2 of its fourth and final season. What else is there to say: what are we going to do without our dude, Marty Byrde?

The longest-running (and best, *cough cough*) Netflix series is sadly ending at the end of April, as Grace & Frankie finishes off the remainder of its seventh season. The first four episodes of the season were released last year, but the final twelve will bring us the very last bits of our favorite duo, portrayed by Jane Fonda and Lily Tomlin.

Gentleman Jack is heading back to television after a major break, as its first season originally aired in April of 2019. Given that, I honestly thought that the show was canceled, but as it remained a bit of a hidden gem, HBO brought it back for a second season. The series is set in 1800s England and follows Anne Lister (Suranne Jones), a woman who definitely sticks out against the other women of that time period.

Ah, poor Jared Leto. He can't seem to catch a break from the negative comments about his portrayals of comic book characters. In his most recent foray, he's tackling the role of Morbius for Marvel, having previously played Joker in Suicide Squad (2016). Even though Morbius just dropped on April 1, it's already being given fairly poor reviews; but if you want to make that judgment for yourself, it's currently playing in theaters.

Directed by Judd Apatow and starring his daughter, Maude, The Bubble is another film debuting on April 1, except this one is coming straight to Netflix. Though I'm not sure how much you'll actually want to watch it as it's getting extremely negative reviews across the board, it basically follows a group of people who are working together to complete a film during the pandemic.

The long-awaited documentary about Tony Hawk's career in skateboarding is finally hitting HBO Max on April 5. This film is already getting rave reviews, as it features rare footage of the skater in both the early and later days of his career. As he's still a major driving force in the skateboarding world (shoutout to Tony Hawk's Underground 2 on GameCube), this documentary has quite a bit to cover.

The first Sonic The Hedgehog movie was quite a favorite among younger fans, and it's safe to say that this one will probably perform along the same lines. Sonic The Hedgehog 2 has Ben Schwartz returning as the role of Sonic, except this time around, it's more of a race against time between Sonic's team and that of Knuckles' (Idris Elba), who are both looking for the Master Emerald.

Starring Jake Gyllenhaal as Danny Sharp, Ambulance is a thriller set around a bank heist—but for a good cause, as Sharp's adoptive brother, Will (Yahya Abdul-Mateen II) is in need of money for his wife's much-needed surgery. As it's a classic Michael Bay film, this movie has no shortage of action, though it also plays very much into the thriller side of things.

Written and directed by Robert Eggers (the same man who brought us The Lighthouse), The Northman is all about vikings and revenge. The stacked cast includes Alexander Skarsgård in the main role of Amleth, alongside actors including Nicole Kidman, Anya Taylor-Joy, Ethan Hawke, Willem Dafoe, and even Björk.

You can't go wrong with Nicolas Cage—and Tiffany Haddish... and Pedro Pascal. The Unbearable Weight of Massive Talent is a dark comedy all about Cage, who's playing a version himself, and the strange turn of events that follow him appearing at a fan's birthday party.

Watch in Theaters
Slide 1 of 3
Did you like this article?