Sterling K. Brown Sees ‘Waves’ as the Future of Blackness on Film in 2020 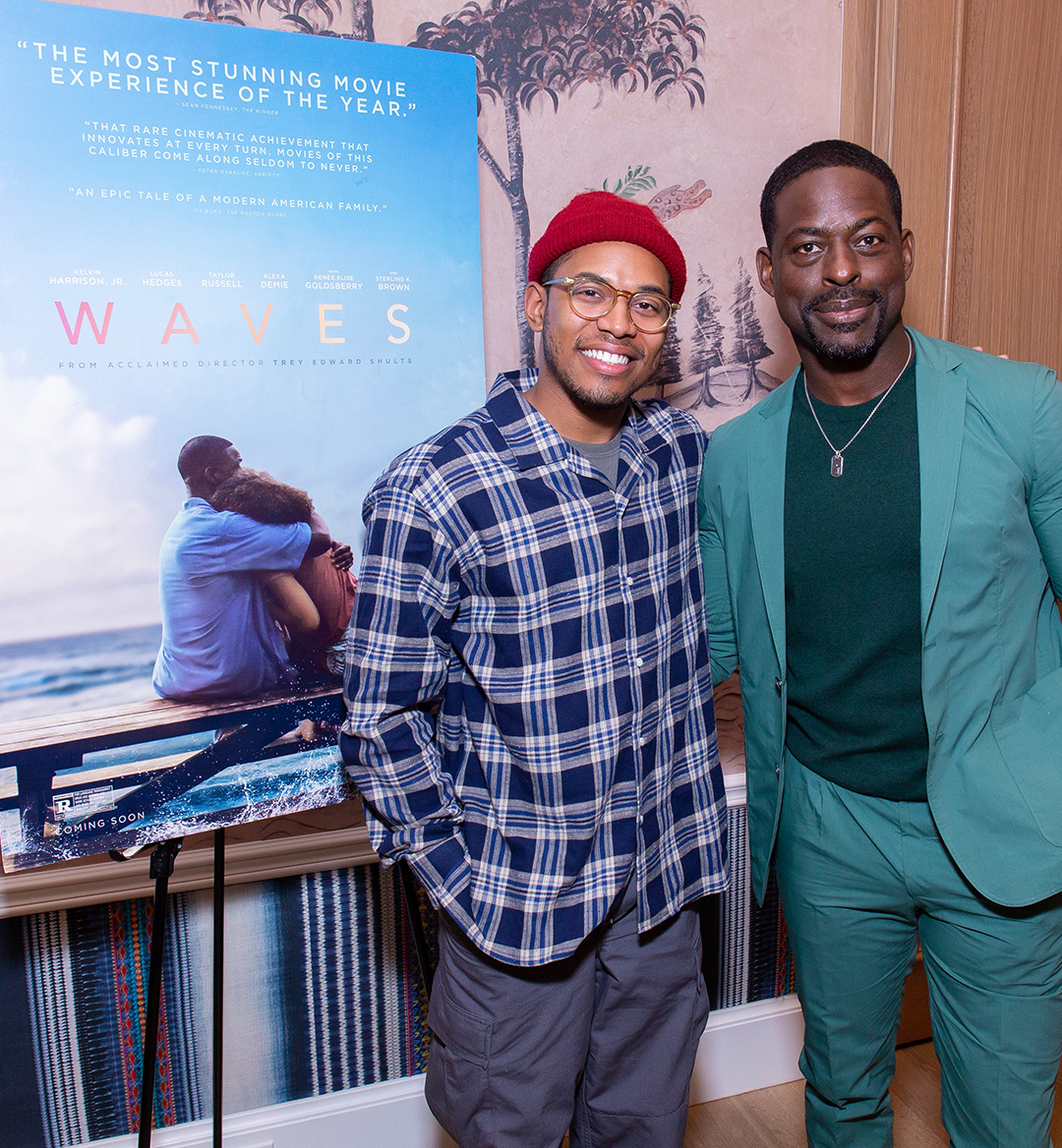 In a world where Julia Roberts portraying Harriet Tubman in a film was a serious suggestion by the head of a studio, authentic representations of Blackness still isn’t standard in Hollywood, regardless of the strides made this decade.

To millions, Emmy-winning Sterling K. Brown is the lovable Randall Pearson on NBC’s hit show This Is Us. To those closest to him, he’s also a caring father who advises his pre-teen sons to embrace their tears instead of running from them to preserve their masculinity. Above all else, Brown is unapologetically Black. At a recent screening of his latest film, Waves, in New York City—hosted by the incomparable entertainer Phylicia Rashad—Brown told ONE37pm that the film is a sign of things to come for Black cinema.

Brown had almost turned down the role in Waves because of how protective he is of his Blackness. The Trey Edward Shults-directed Waves centers on an African American family coming to grips with the reality of their teenage wrestling prodigy, Tyler (Kelvin Harrison Jr.), going to prison after a tragic domestic violence incident. Brown, who plays Tyler’s father, Roland, understands the power of images in society and feared this film could send the wrong one.

“It made me wonder if we were putting something out into the world that was a negative image of young Black men,” Brown told ONE37pm. “I wanted to make sure this young man was a fully formed human being who is a good person who makes a tragic mistake.”

He was worried whether the film studio, A24, and the white director had the same sensitivity to the depiction of Blackness as he did. Before a single audience member saw Waves, he got his answer. The film’s creation process was a testament to what Brown feels will be more popular in cinema and TV in the upcoming decade: a more nuanced look at Blackness. The film came from a white director who had written it as part autobiography and part-fictional narrative yet wanted to cast an African American to play the role. He collaborated with young actor Kelvin Harrison Jr. in order to ensure the portrayal of Blackness was authentic and not inconsequential.

I know when I get inundated with images that don’t properly reflect my experience in the world—that’s not us. That might be a part of us, but it’s not the totality of us.

“‘Trey knew ‘I couldn’t just plug him in by happenstance; I have to plug him in on purpose, and it’s going to change the way that I write this movie and I need his input. So, we have to write this thing together, so it is reflective of a young Black man’s experience and not just someone who happens to be Black,’” Brown said.

Blackness is showcased in Waves without it being the sole driving force for the narrative, allowing the film to eschew common Hollywood tropes. Both major story arcs of the film revolve around two interracial relationships, yet the differences in races aren’t the defining quality of each relationship. We get only get brief glimpses of Tyler’s time in prison, as the film shifts its focus to his family’s struggle with coming to terms with the new reality they were thrust into by Tyler’s mistake. This is atypical of a film industry with a history of lauding and rewarding films of Black bondage while treating other types of depictions of Blackness with relative disregard.

As the film’s title suggests, there’s this beautiful ebb and flow to the character development where a character the viewer thought they had a good read on suddenly changes, crashing expectations. Brown plays Roland with enough emotional rigidity of a father whose only focus is to develop his son into a great athlete, but not too much where his vulnerability in front of his neglected daughter is both believable and a heartwarming departure from the stoic Black father image that has permeated mainstream entertainment and Harrison’s own personal experiences with his father. Tyler’s sister, Emily (Taylor Russell), tries to reconcile the feeling that her brother was evil for his act with the innate forgiveness that defines family while navigating a love life after a trauma-induced identity crisis. It would do a grave disservice to readers, viewers and the film itself if we did not stress how Russell steals the show on Waves—the film could be the 25-year-old’s breakout performance.

Sterling K. Brown is a glowing example of how multifaceted Black people can be and he makes sure that comes across in whatever he acts in.

During the panel discussion following the screening, Brown said he first got the script for Waves from his agent in the middle of filming the third season of This Is Us. Brown juggled both gigs by shooting Waves on weekends and shooting This Is Us during the rest of the week.

The Black men Brown portrays onscreen are molded from pieces of who he is as a man. When Brown describes Harrison getting in shape for his Waves role as him getting “swole and out of control,” it reminds you of Randall’s loveable corniness. When Roland puts Tyler into a wrestling move to train him, Brown draws from his own personal past experience as a competitive wrestler in his youth. Brown is a glowing example of how multifaceted Black people can be, and he makes sure that comes across in Waves or whatever he acts in.

“I’m a Black person, and I know what I like to see on-screen. I know when I get inundated with images that don’t properly reflect my experience in the world, I’m like, ‘That’s not us. That might be a part of us, but it’s not the totality of us,” Brown said. “So, I’m interested in trying to make sure the panorama is fully expressed for Blackness on-screen.”