'Winning Time' Recap: "Who the F**k Is Jack McKinney?" 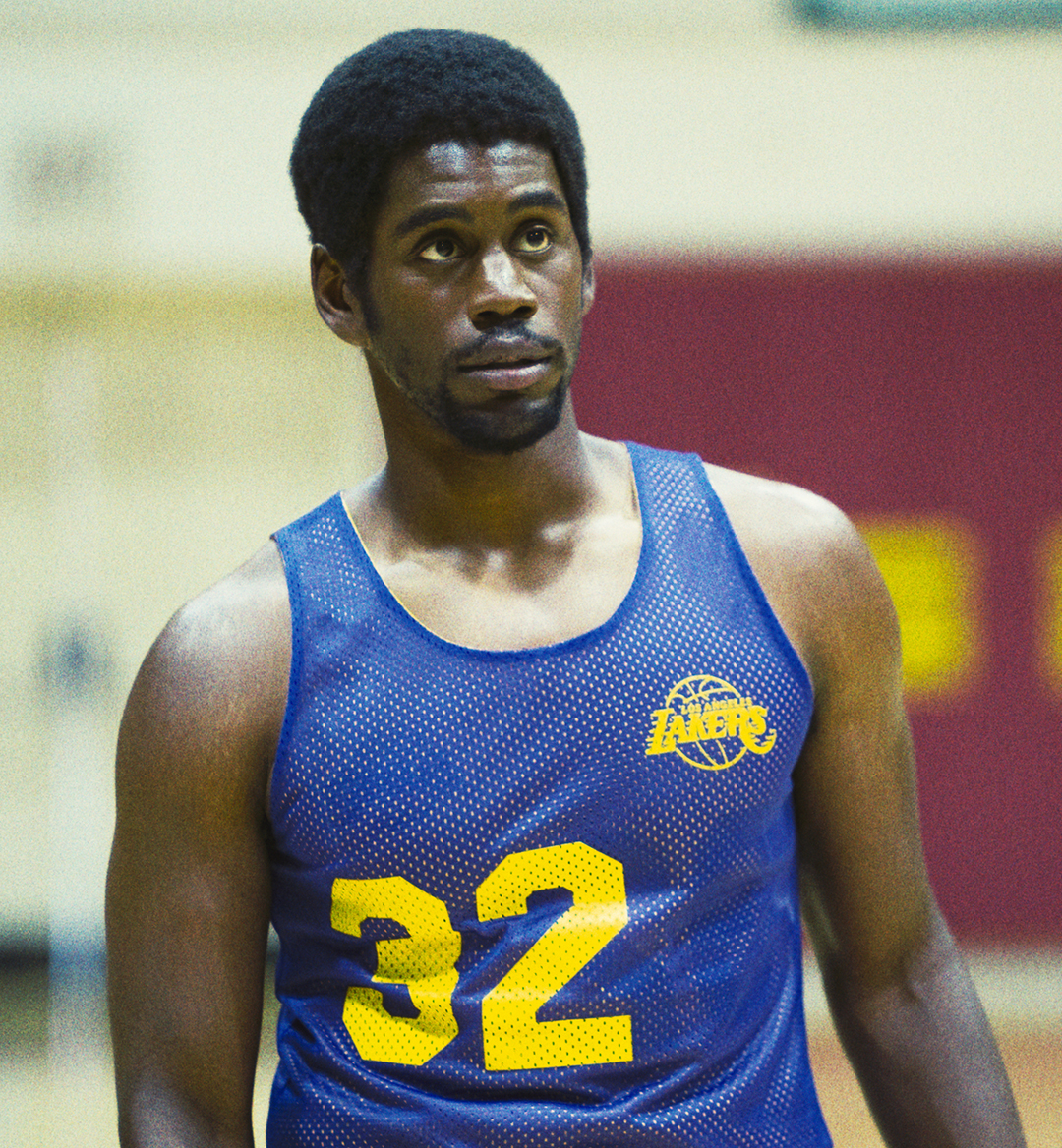 We start things off in 1968, where Jerry Buss is having dinner with a much younger woman at a restaurant and happens to run into his wife and four kids. Jeanie approaches the table just as they're having an intimate moment, and right then, we cut (to the intro, first, but then) to 1980, where Buss, Jeanie, and his ex-wife are attending the funeral of Vic Weiss, who we just found dead in the trunk of a car during last week's episode.

Buss talks to Jerry Tarkanian at the funeral, and he's especially distraught, bringing up how he has "been having a real hard time focusing on basketball." Hmm, not the greatest thing to hear from the incoming head coach of the Lakers. Buss then goes up to pay his respects to Rose Weiss, who slaps him across the face and tells him that he just kept pushing—why couldn't he just have left it all alone?

Back at the office, Buss gets a call from Phil and hears that Tarkanian is pulling out from his coaching position. He brings up Jack McKinney, though Buss isn't pleased with his lack of name recognition as assistant coach of Portland. While McKinney feels that he blew the interview with the Lakers, he later gets a call and is finally given the job.

At LaSalle University, we meet Paul Westhead (Jason Segel), who's a (very unhappy) professor there. He immediately leaves his office, having been called to the Lakers' training camp in Palm Springs to work alongside McKinney as an assistant coach.

In sunny Palm Springs, Buss meets McKinney by the pool with Jerry West and a few others, but instead of having a relaxed rest of the day, McKinney immediately wants to hold a meeting with the team—he's clearly not into any of the nonsense going on at the pool. 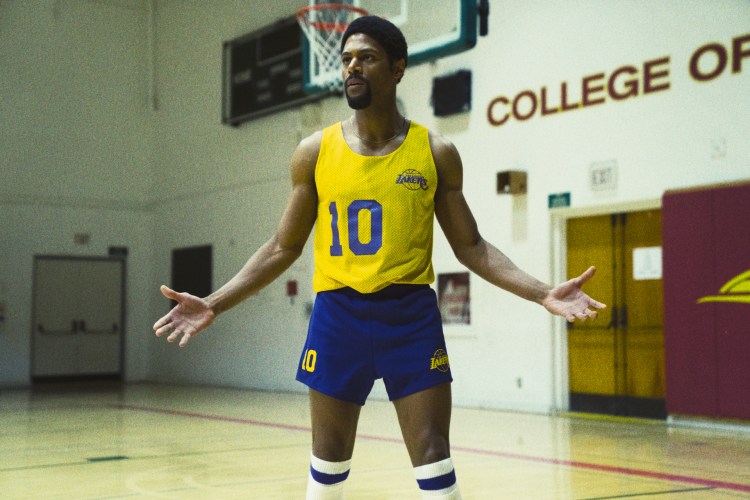 In Palm Springs, Magic hangs out with Michael Cooper (Delante Desouza), who's also on the team. They gather for the team meeting and Magic is instructed by Kareem Abdul-Jabbar to have his morning paper and glass of orange juice at the ready each morning at 6 a.m. for him. Apparently, he's very finicky about his pulp to juice ratio.

McKinney fires up the projector and immediately jumps into the tapes from last year, making the main point that they play the same way that every team plays. McKinney instead wants to run a constant motion offense instead of the regular, methodical way of playing that doesn't result in nearly as many points. He refers to the latter as the "classical music" option, whereas the former is more like jazz and relies upon improvisation. Afterward, he sends the entire team out for a run in the desert.

Back in Los Angeles at the office, Claire Rothman's team is still trying to come up with ideas to bring more revenue into the Forum, and after a corny presentation goes south, Jeanie pitches a new idea that could possibly be the winning ticket.

It's the first day of practice and McKinney splits the team into A and B mini-teams, facing off while he calls out almost every move to correct them. We cut to a little old-school animation that focuses on Magic and explains what exactly a point guard does; Magic emphasizes that he wants to share the ball instead of just taking and scoring as the other players do.

At the pool, Buss and his mother have a discussion about McKinney, with his mother complaining about how he looks like a tax accountant. She breaks some bad news and tells Buss to give the team away to his wife as an image so that when they're hit with the massive loan, they don't have to pay as much—the exchange would be in-name-only. However, he doesn't go with the plan, of course.

Outside of practice, Jeanie finally gets to know her co-workers a bit better, and after explaining herself, it seems like they actually don't hate her anymore. At the same time, Rothman meets with Buss, who pitches him his daughter's idea of having the Forum operate like "Disneyland meets the Playboy Club." Though excited about that prospect, Buss shifts the conversation to the logistics of the Forum, asking her how much revenue she predicts it will bring in. She anticipates just a little over $1 million in one year, which makes him incredibly nervous as he's desperate for money. 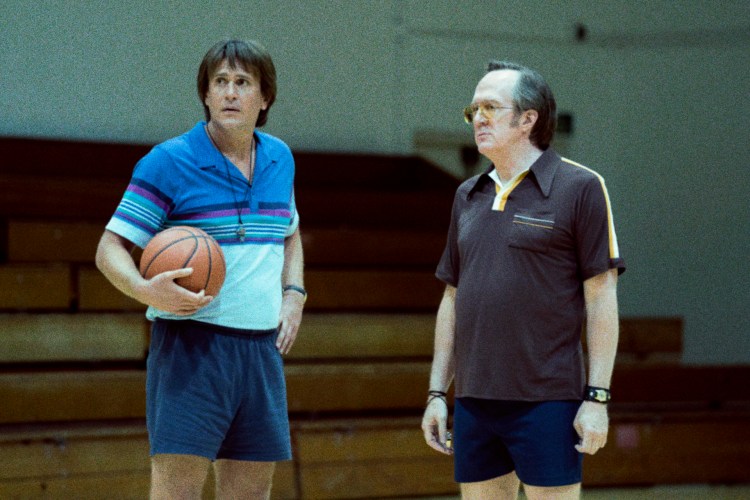 At the next practice, Norm Nixon is switched to the B team, which doesn't sit well with him—especially since Magic is brought to the A team. In the locker room after practice, things take a bleak turn when everyone complains about McKinney and the drills they're being forced to do. When Magic offers to speak to Buss about it, the team comes together and tells him that they don't even want Magic on the team.

Practice comes around again and tensions run high. Afterward, the team comes in to speak to West as a group about McKinney's coaching style. However, Nixon speaks up and thinks it might be positive to try something different. Afterward by the pool, Joann angrily shows up and confronts Buss about the idea of having her sign on as the owner of the Lakers. Oh, and she also throws in something else: she signed the papers.

Later on, West talks with McKinney in the middle of the training court and speaks to him about the state of the team. West tries to talk some sense into him—that he needs to keep some things the same. However, McKinney isn't hearing any of it.

At practice, McKinney shows up late, knowing full well that Buss, West, and the other big wigs of the team are going to be there, having they've had enough of the closed practices. McKinney switches things around, this time having Nixon and Magic on the same team; apparently, whoever has the ball will be the point guard. Things go exceedingly well, as everything is flowing just as it should be—that is until Ron Boone makes some remarks to Magic, who then proceeds to punch him. Aside from that moment, the team seems to be in fairly good working order.

At the office, Jeanie gives Rothman one main suggestion, drawing from her father's questionable lifestyle: to sell the people at the Forum a fantasy. Instead of a cheer squad, they'll have a dance squad, and the same goes for the food—the Forum will have a nightclub and will host celebrities courtside. Looking back to the present day of basketball, it's tough to think about it any other way.