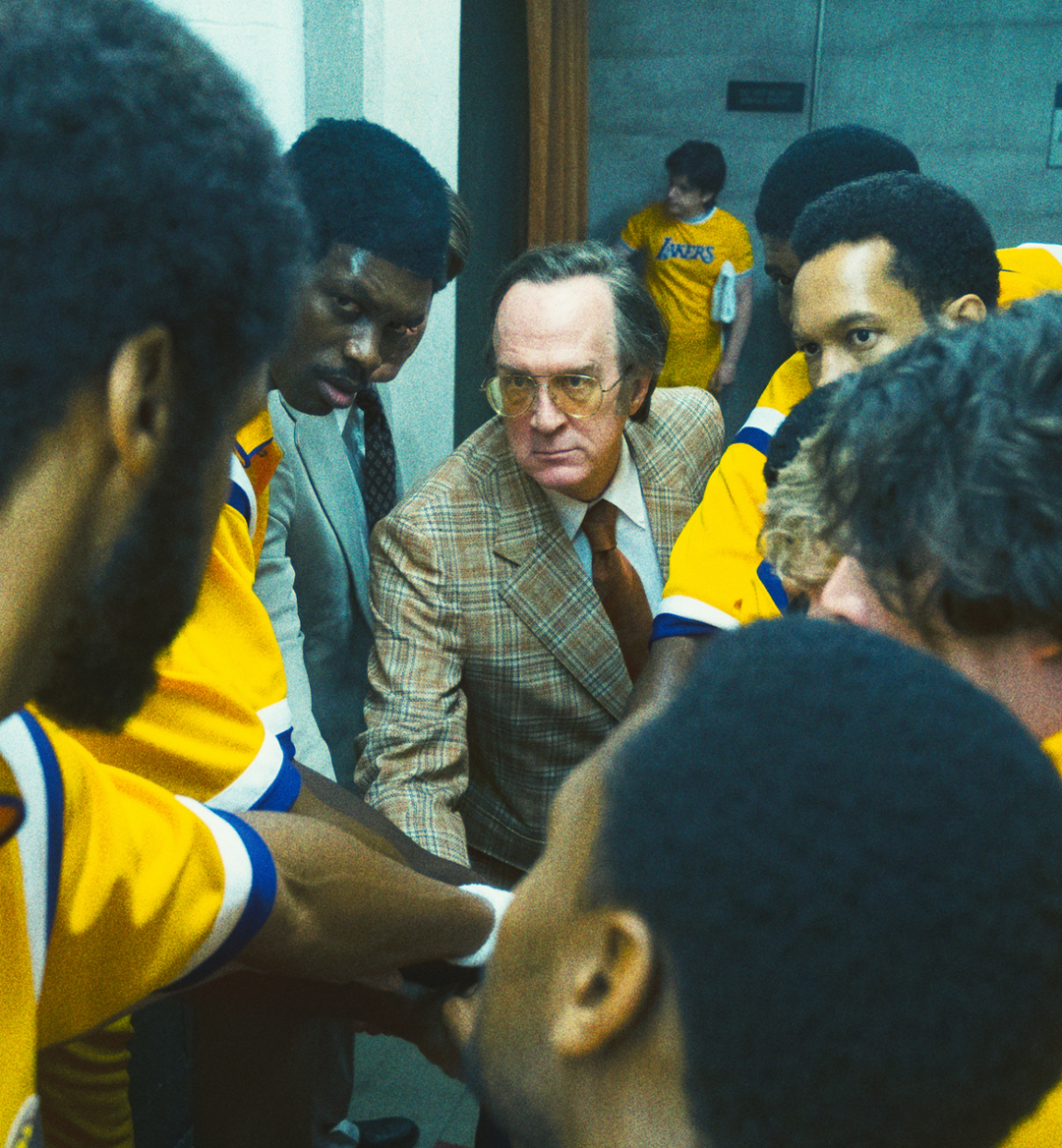 Ah, look where we're at: it's opening day for the NBA on October 12, 1979, and we're looking behind the scenes as the Forum prepares itself for its big day. Claire Rothman is having security hand out a thousand tickets to scalpers and Jerry Buss is coaching the dance squad, though he ends up making the choreographer walk out by the end of the session. Rothman wants Buss to step back, but it's proving to be tough to contain him on one of the hugest days of his career. So basically, everything is a mess.

Frank Mariani calls over Buss to address the fact that Buss didn't tell him about the little ownership switcheroo with his wife, Joann. At this point, Frank has really had it with things not being up to Buss' standards and finally calls him out on it; he also hands him a stack of papers, calling for a dissolution of their business partnership. So, the mess is even larger now.

We're back hanging with Abdul-Jabbar at his place in Bel-Air, where he's praying, reading the newspaper, and drinking some orange juice just as he likes it. It turns out that his finances aren't doing as well as he thought, so it's likely he'll have to sign an extended contract, which he isn't too happy about.

While Jack McKinney is rolling through some old tapes of Abdul-Jabbar, Magic Johnson shows up to the practice gym early to get some shots in. Though McKinney is pleased that he's showing up early to work on his game, he gets very frank with Magic and expresses his disappointment in how he hasn't taken charge of the court—in short, he was expecting a bit more from the man with "Magic" as his nickname. McKinney lets Magic know that Abdul-Jabbar was wondering when Magic would take over, which spurs him to have a bit more confidence. Though how much of that statement is true, I'm not so sure; it could just be a ploy by McKinney to make Magic step up to the plate.

Later at practice, it's fairly clear that Abdul-Jabbar is sick of playing hard, as he's not even bothering to follow his team to the other side of the court during drills. Oh, and he doesn't seem too fond of Magic in the way that McKinney was making him seem. Jerry West busts into the end of practice in full fishing gear ("It's trout season," he says) and tells McKinney that he has Spencer Haywood available for the team. 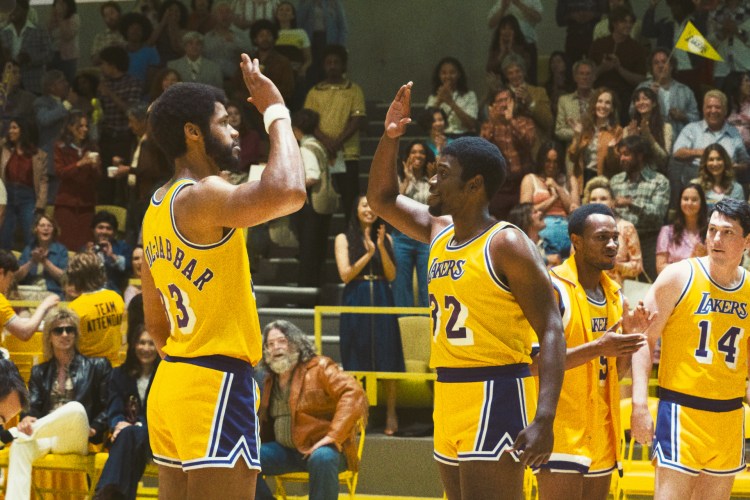 In the locker room at their away game against the Clippers, an old friend of Abdul-Jabbar's walks in: Spencer Haywood. He greets Haywood more kindly than anyone else we've seen him interact with before, which means that he just might be the secret to getting Abdul-Jabbar back on track. Afterward in the adjoining training room, Magic goes full car salesman on Abdul-Jabbar, trying to sell him on the idea of them being unstoppable together. However, Abdul-Jabbar isn't as easy a sell, as he's more so focusing on his massage than actually believing what Magic is saying.

Finally—after the masseuse quickly ducks out of the room after sensing the tension—Abdul-Jabbar throws some stats at Magic, like how this game will be his 853rd in the NBA, as compared to Magic, who has never even played in one before. Abdul-Jabbar gives him a bit of a wake-up call and tries to get him to realize his place in the world.

As the team walks out of the tunnel, Abdul-Jabbar has a flashback to his childhood, watching news coverage of Black people being killed by police officers. He brings this up to his father, who doesn't take this very well as he's a police officer himself.

After the flashback, we're in the present-day at halftime, and the Lakers are down four points against the Clippers. On the court, Abdul-Jabbar removes himself from the time-out huddle and instead spends it alone before jumping back on the court. It seems like he both has nothing planned and everything planned at the same time. At the buzzer, Magic sends over a pass to Abdul-Jabbar, who hooks it in for the win. It turns out that he did know exactly what to do.

At Van Nuys High School, Jeanie Buss attempts to retrieve one of the dancers who was previously working for the Lakers, promising her head dancer and choreographer. Oh, and no biggie, but it turns out that that dancer was Paula Abdul. 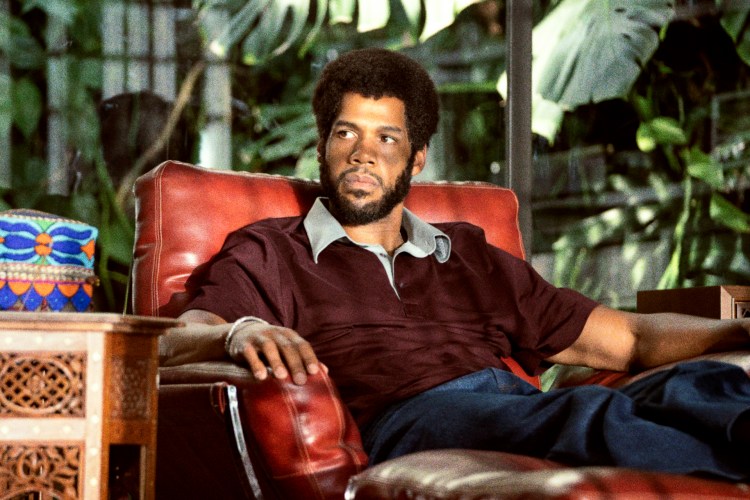 In another Abdul-Jabbar flashback, we see him confronting his father about wanting to change his name from Lewis Alcindor to Kareem Abdul-Jabbar. His father is disappointed, but Abdul-Jabbar explains that it's because their relatives were plantation owners and Yoruba tribesmen; his new name means "Servant of the Almighty."

On an off-day, Abdul-Jabbar and Haywood have a long talk about the reasons they stood up for what they did, also discussing Magic and how he's not playing basketball for those more pure reasons. After reflecting on his talk with Haywood, Abdul-Jabbar later asks Magic to take a minute with him to chat. He tells Magic that while he appreciates the younger, upbeat energy that he brings to the team, he wants him to be aware that he's in the public eye now, and the image that he creates for himself affects everyone else around him.

After Abdul-Jabbar tells Magic to show some respect for the team, Magic flips things around and calls him on the fact that he doesn't even run for the team at practices or follow other rules. However, this speech is cut a bit short as Abdul-Jabbar quickly turns things physical and starts fighting Magic.

Afterward, Abdul-Jabbar decides to head over to a mosque to clear his head and get some advice. Basically, Magic feels unworthy of the money he's making because all he's doing is "putting a ball in a basket." He always wanted to contribute to a higher purpose, but lately, he has been feeling further away from that. His praying feels empty to him, and instead of feeling happy about the cheering and praise he receives, he simply feels like "a clown." Oof.

However, his religious leader tells him that he doesn't have to be God—he was made tall for others to look up to but given knees to kneel with the rest. After putting it this way, it seems that Abdul-Jabbar is able to feel more centered. 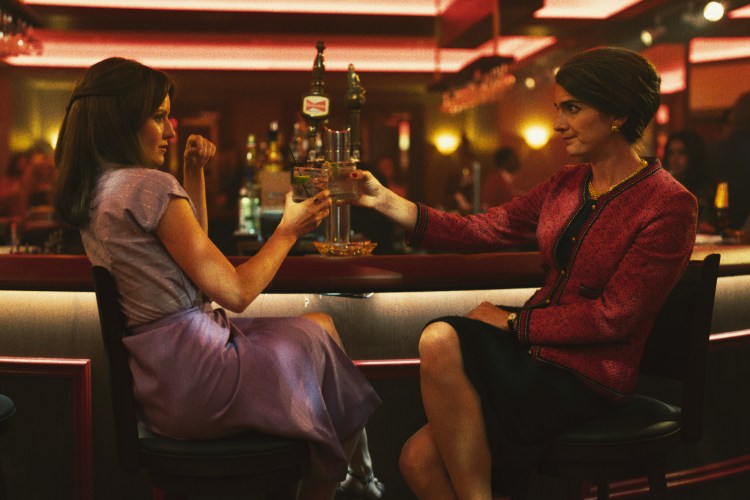 At the Forum, production is finally moving in the right direction as the nightclub is finished and the dance team has been assembled. Even though 99% of things are in place for the Forum's opening, Buss manages to find the one thing wrong with the place: the entrance panel to get behind the bar isn't flush with the rest of the bar. After slamming it over a dozen times to force it to work, Buss finally leaves the nightclub in a huff. Even though he has everything, one tiny door puts a stain on the entire production.

Opening night at the Forum comes around and the crowds gather in large numbers. Frank comes by to see Buss, even though he left things on poor terms the last time they spoke. He reminds Buss to take a minute to look at the whole view instead of just looking to the next thing around the corner. With that, it seems that the two are in a much better place. The first home game is a massive success, and we watch on in bits and pieces as the Lakers make their way through the early stages of their season, moving up in the ranks after each game.

After a string of wins, McKinney finally gets a day off, though his wife has to practically pull him away from studying up on plays to enjoy the day. He finally decides to take a leisurely bike ride and play some tennis, but while riding along, a part of his bike breaks off, sending McKinney flying after he hits the brakes. Covered in blood and lying motionless, the episode comes to an end.

Our poor dude Jack McKinney was just emitting all-around good vibes on that bike ride. It was a gorgeous, sunny day; he had his nice, little tennis racket draped around his back, and the next thing we know, he's absolutely FLYING through the air. What am I supposed to do now? Just wait for the next episode? Nah. Not possible. Get in loser, we're going to Wikipedia. Okay, so he didn't die (*whew*); that's all I needed to know.

We're just now halfway through the season of Winning Time, and while I'm coming from a place of knowing very little about the 1979-80 Lakers, I've gotta say, this series is keeping me hooked in a way that I really didn't envision. Most notably, I never expected these episodes to end in true (and sometimes very brutal) cliffhangers. Vic Weiss murdered and left to die in the trunk of his car? That's something out of The Sopranos, not a show about basketball. As someone from this outside perspective, it's nice that this isn't just a show recreating all of the games of that period—it really gets down into the nitty-gritty, with everything from players' mental states to the physical production of getting an arena going.

Given the way that this episode ended, I'm assuming we're going to need a new coach. Now, I didn't sift through the Wikipedia pages far enough ahead to know what actually goes down, but I'm assuming our guy, Paul Westhead, is going to be taking things over. While I'm not sure if he's actually ready for that step as he gives off major stressed-out vibes, he's going to have to be ready.