"Believing in your own dreams is the best investment you can always make." 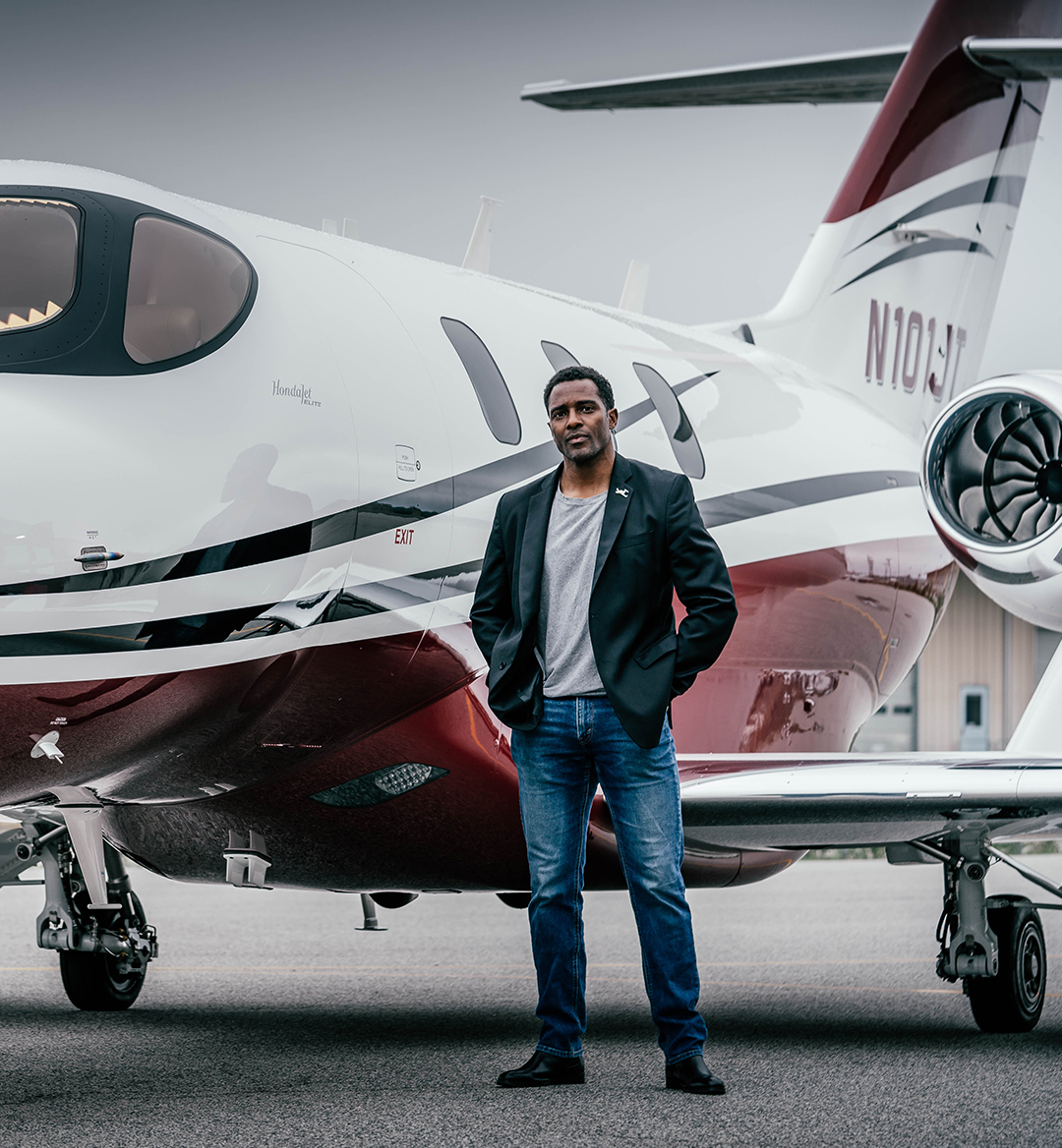 I was lucky to listen to entrepreneur Glenn Gonzales tell his United States Air Force Academy story last month, learning about his journey of becoming a fighter pilot and the mentality that he adopted to succeed as a CEO.

His company, Jet It, is disrupting the private aviation industry while finding unprecedented success. In the past year, Jet It has been the focus of Harvard and Yale business school case studies and earned numerous world records in aviation.

According to Gonzales, it all stems from his time playing point guard at The Air Force Academy and his childhood passion for flying. 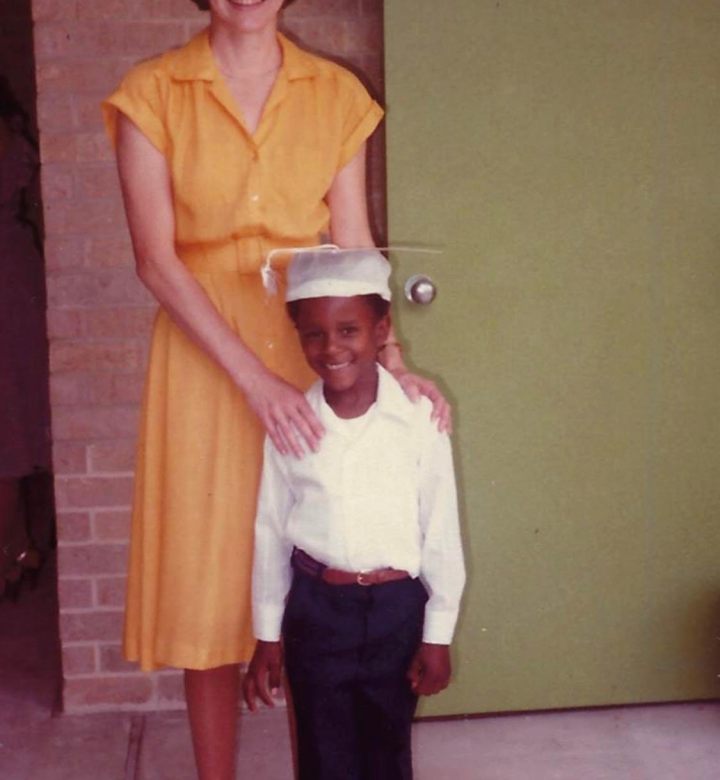 "As far as I can remember, I've always wanted to fly," he said. "It didn't matter if I had a cape or a pillow sheet tied around my neck. I wanted to fly and believed that I could fly. " 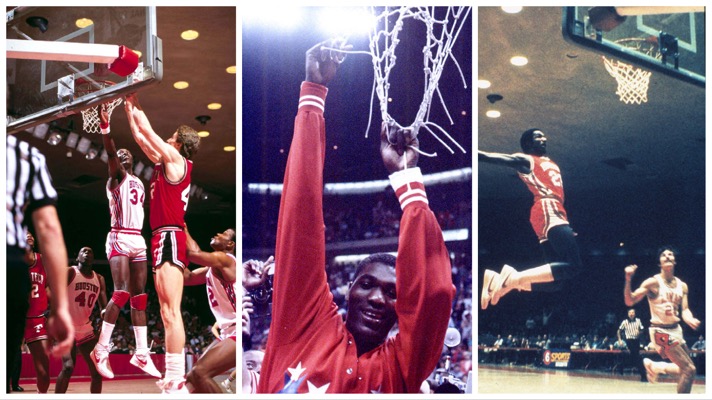 Basketball was a big part of Gonzales' life growing up. In our conversation, he recalls his fascination with the 1982 Houston Cougars. That squad was nicknamed "Phi Slama Jama" and was led by Hakeem Olajuwon and Clyde Drexler.

"I was a great athlete, solid student, and a decent basketball player," he said. "I had two goals. I wanted to play Division I basketball, and I wanted to fly airplanes. In attending the Air Force Academy, I had the opportunity to do both." 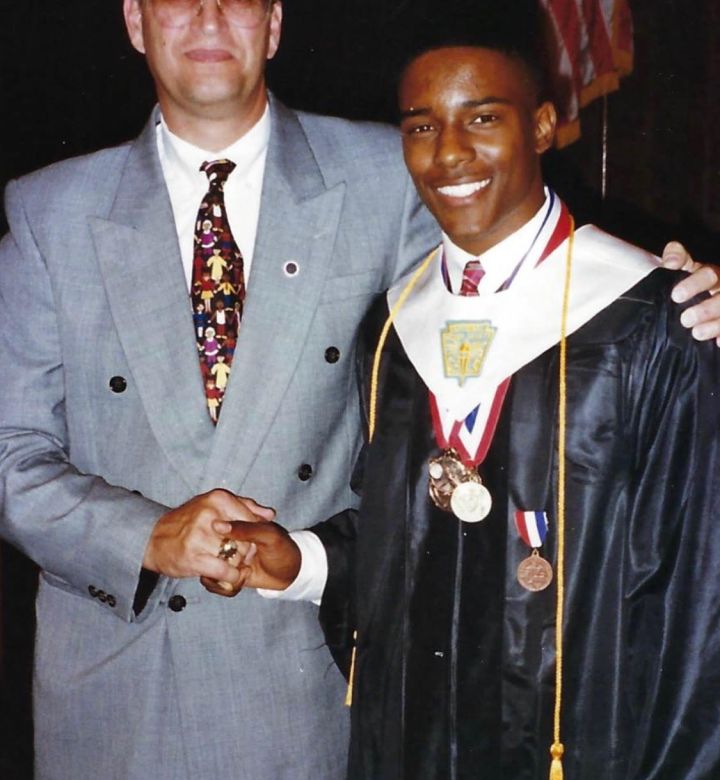 After graduating high school, he decided that he wanted to attend the U.S. Air Force Academy. But the process wasn't all smooth sailing.

"I remember meeting with the optometrist during my Air Force Academy admission physical," said Gonzales. "In evaluating my eyes, the doctor stated that I passed, but that I'll never fly an airplane because I didn’t have natural 20/20 vision."

During that time, the Air Force had a surplus of pilots, and in order to manage their staffing and reduce the pool of eligible pilots, the Air Force required candidates to be naturally 20/20.

Since Gonzales received attention from other schools for his basketball talents, he could've easily chosen a different path. But, instead, he stuck to the vision that he had.

"My mentality was that I'd study things around aviation, prove myself, and I would earn the opportunity to fly regardless of what my vision was," he said. "That was why I chose the Air Force Academy. " 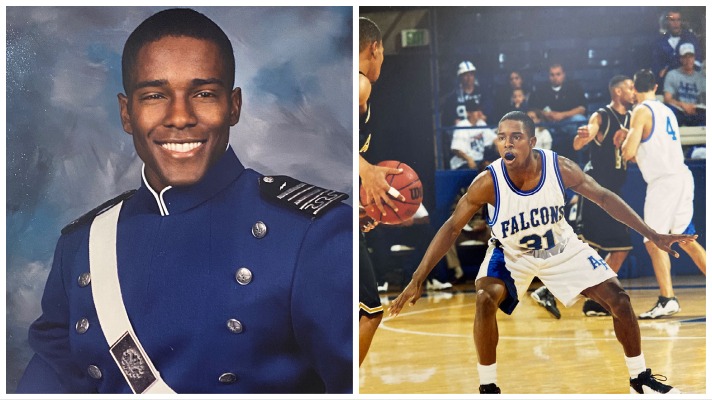 When Gonzales was ready to graduate and enter pilot school, the Air Force needs' changed, as did the vision requirement rule, giving him entry into training. But once he was ready to start pilot training, Gonzales had to overcome another hurdle.

"Shortly after graduating, when I started flying, I was under the instruction of an individual, and I wasn't doing very well," he said. "Once I switched to taking classes with a new instructor, things immediately fell into place."

He came to find that the change of pace in his performance wasn't by coincidence.

"One day, my new instructor told me that my old instructor commented that he didn't think I could learn," said Gonzales. “Looking back on it, I question if the instruction that I received was influenced by this bias.” 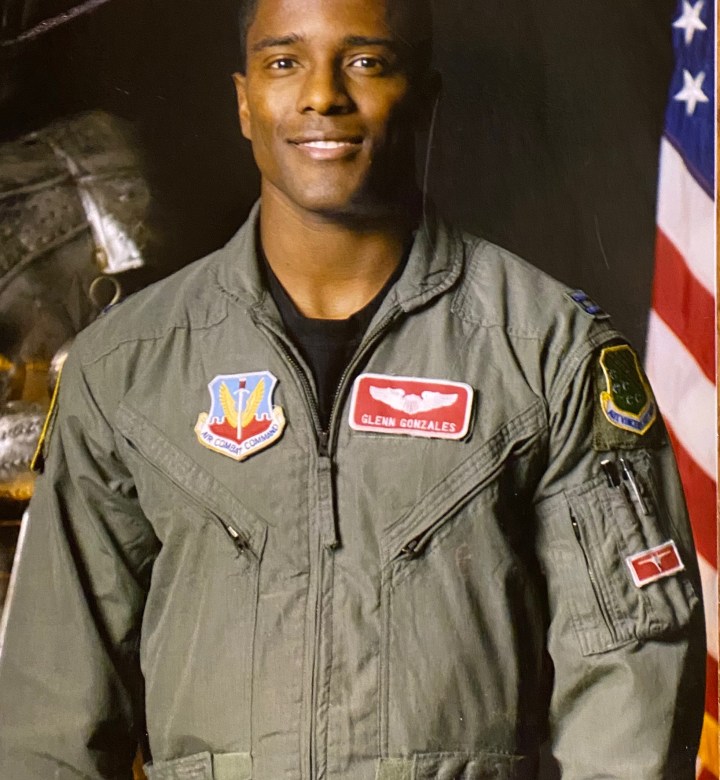 In spite of his original instructor, Gonzales would go on to become a distinguished graduate, win instructor pilot of the year, ahead of 140 other instructor pilots in his first year following pilot training, fly the single-seat F15C, win flight commander of the year, and wingman of the year. He also earned Top Gun honors, given to the pilot identified as the best of the best in deploying aircraft as a weapon.

As a Senior Flight Commander leaving the United States Air Force Academy, Gonzales felt that he was equipped with the tools to take on anything that would stand in his way.

"Having that constant pursuit of excellence and trying to be 10 times better, every time I stepped into a room, it prepared me to do those things and created the space that we are in with Jet It now," revealed Gonzales." 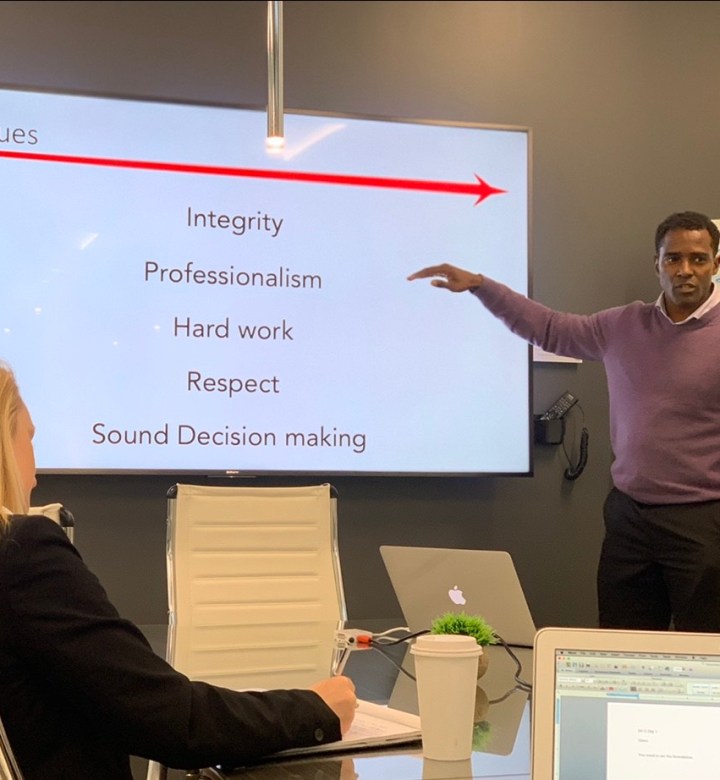 Before forming Jet It, Gonzales provided transportation solutions as the Regional Sales Manager within the Eastern United States for Honda Aircraft Company. In this role, Gonzales developed and executed a sales, communication, and marketing business plan to sell Honda's first venture into aviation, the $5M+ HondaJet.

It was another hurdle that Gonzales faced which ultimately propelled his career further. In his sales position at Honda Aircraft, he had plenty of prospects who loved the innovative HondaJet Elite. However, many could not justify the purchase price and ongoing expense of solely owning a business jet. So, Gonzales knew he had to remove the barriers to entry for private aviation. As a result, he took a leap of faith and jumped into the world of entrepreneurship.

In 2018, he started Jet It with his former Honda Aircraft sales executive colleague and longtime friend, Vishal Hiremath. 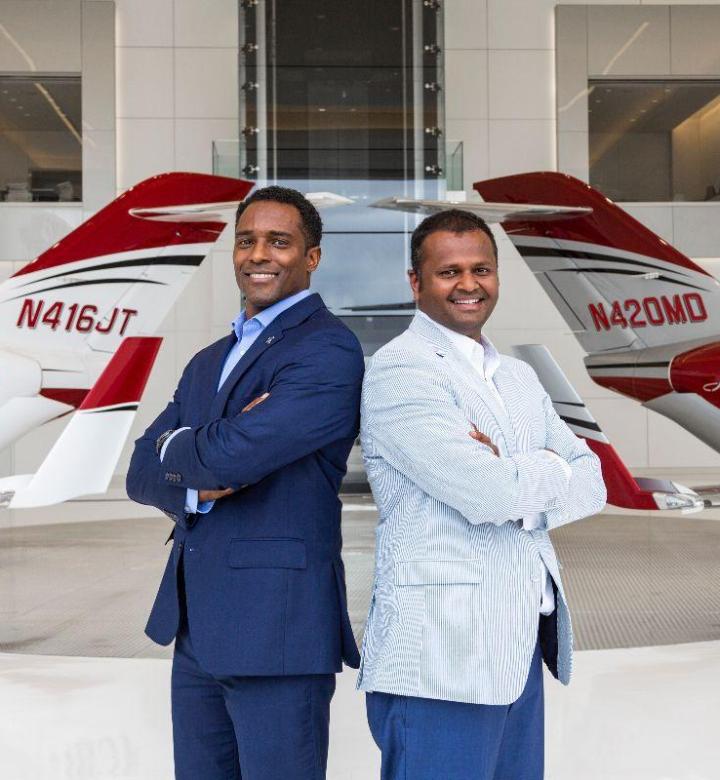 The company Jet It utilizes advanced technology and the collective flight expertise of its team to ensure comfort and convenience in the flying experience of its customers. In addition, the pair launched a sister brand in Europe called JetClub, run by Vishal. Like the U.S. operation, it allows share purchasers to use the aircraft for a certain number of days, instead of the industry norm of a certain number of hours, which is groundbreaking for the industry.

"Traditionally, you would spend $6,000, $7,000, or more to have access to a private jet of this caliber," said Gonzales. A Jet It shareowner receives a six-passenger aircraft for $1,600 an hour, which is unheard of in all aviation. That is one of the many things driving people in our direction. The price that meets the need, with a high level of service."

Just last week, Gonzales and Hiremath won the Ernst & Young's Entrepreneur of the Year award for the southeast region of the U.S. In its 35th year, E & Y continues to honor unstoppable entrepreneurial creators and disrupters.

Moving forward, the sky's the limit for Gonzales and Jet It in terms of disrupting the aviation industry.

"Our investments into electric aircraft will change how people fly locally; flights like L.A. to Vegas, or Paris to Lyon," he said. "We are all looking for more autonomy and efficiency in how we travel. If we can avoid it, we would all rather take a private jet versus a bus or commercial aircraft."

Plus, they're aspiring to expand their business internationally, which would put them in a league of their own.

"There are several aviation companies that fly to other countries, but none that have a true defined international presence in multiple countries," said Gonzales. "In the next 12-18 months, we will bring the Caribbean, India and Singapore online. In subsequent years we will look to bring on South America. "

As cool as they come, Gonzales doesn't feel the pressure that most would in his position and equates his current role to one that he thrived in during his early days on the hardwood.

"This is kind of like being a point guard again in basketball," he said. "I like to dish the rock and create opportunities. But, the most fascinating thing about being an entrepreneur is that I have the opportunity to do that day in and day out."

To Gonzales, "Believing in your own dreams and asking yourself, 'why not you?' is the best investment you can always make."