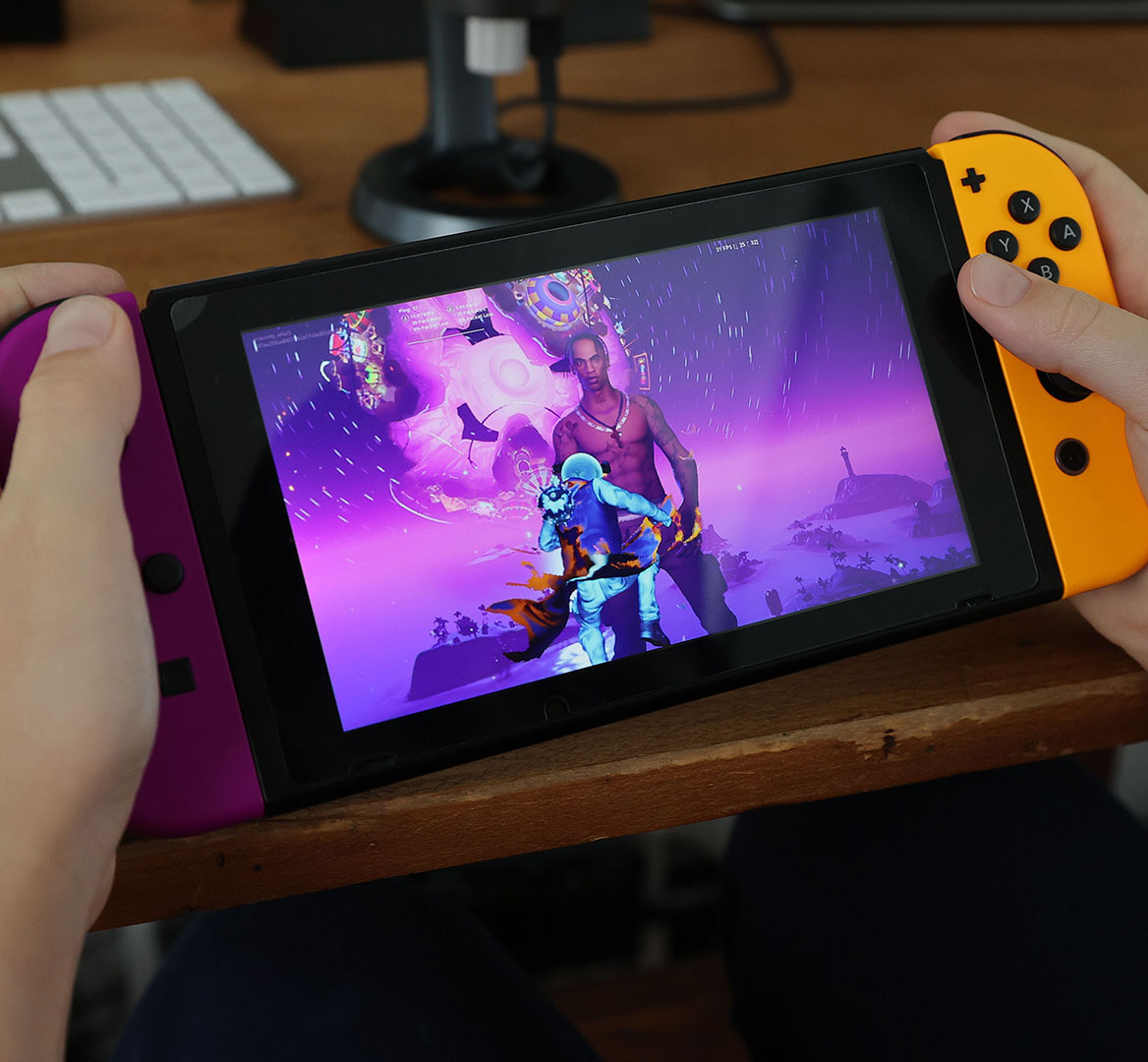 The Nintendo Switch was already growing to become one of the more successful handheld consoles of all time and was already one of Nintendo’s best-selling, but the recent worldwide lockdown has only propelled it even further forward. It feels safe to say that the Switch will easily be remembered alongside the giants like Nintendo’s own DS and all iterations of the PSP (which was ahead of its time.)

You might have heard about Nintendo is notorious for offering the same games across all of its platforms. It’s not uncommon for loyal Nintendo buyers to have purchased the same game more than half a dozen times just to get the experience on the latest console. However, this does not mean that the game selection is poor. In fact, Switch owners currently have a library of over 2,000 games to choose from.

The great news is that many of them are free. Below is a list of the 16 best free Nintendo Switch games in alphabetical order, according to me.

This game will appeal to fans of League Of Legends, largely because that’s the game it was inspired by. In spite of this, Arena Of Valor is no League Of Legends knockoff. The game stands on its own two legs. Like many games on this list, it was originally a mobile offering that has been imported over to the Switch. It’s a MOBA (multiplayer online battle arena) style game that sees you and a group of others going head to head with another group of players. The 5-v-5 mode is the most popular. Arena Of Valor boasts a great range of ways to progress and good levels of customization.

Some might recognize this title from being a free smartphone game. If for you, like many, the game felt a little too advanced to pack onto a tiny phone screen, this version for the Nintendo Switch might be for you. Although this one is free to play, as a few games on this list, what you can do without spending any money is slightly limited, but at the end of the day, you can still drive around in a great driving simulator with your wallet firmly in your pocket. If you like the game enough to want to spend some money on it, there’s plenty to get into.

In my opinion, this game is the perfect choice for those who want to play Super Smash Bros. Ultimate without forking out the cash. You’ll sacrifice the name value of the characters in that game, but the price point (or lack thereof) certainly make it worth your while. There are dozens of characters to choose from called Legends and although you can pay for the opportunity to pick from more of them, the game will offer them to you for free as you advance. Just like Fortnite, the microtransactions don’t have an impact on the game itself, so you can be just as competitive as anyone else without spending a cent. Cross-play is a feature too.

Other than Supersonic Acrobatic Rocket-Powered Battle-Cars, Colour Zen might be the best-named game ever. It does exactly what it says on the tin by using colors to bring you to a zen state. The aim of the game is to get the color on the outside border to fill up the entire screen and you do this by moving other blocks of color around. The trailer does a much better job of explaining the concept. The game is simple but does get more difficult as you progress through the 120 levels it offers for free. The pairing of the simplicity and the soothing soundtrack make for a peaceful but engaging gaming experience.

Dauntless is special because the fact that it is a free game does not at all reflect in its gameplay. Even with the best free-to-play games, it’s often clear that the game was made on some sort of budget, but Dauntless could quite easily be a $30 purchase. In it, you take the role of a Slayer, the last humans left on earth after the monstrous Behemoths took over. The aim is to hunt the Behemoths, which becomes easier along the way as you craft new weapons and upgrade your armor.

If you’re a fan of the indie RPG Undertale, then Deltarune Chapter 1 might be the pick for you. Not only is it made by the same developer in Toby Fox, but it works as a stripped-down, more refined version of that game, in its design if not its narrative. Taking the role of Kris, you’ll maneuver through the Dark World with Susie where you’re tasked with restoring the balance to the world. You can either deal with enemies with peace or violence, with both options as entertaining as each other in different moments.

I can agree that Fallout Shelter is far from one of the games from the official series, but at the end of the day, that’s not what it’s trying to be. The shelter is enough like Fallout that fans of the franchise can get enjoyment out of it, but it’s its own game to the extent that those who are not particularly fans of the series might like it too. In this game, you oversee vaults and are responsible for making sure that a population has enough resources to survive. There’s far more strategy to it than initially meets the eye.

In just the first few months of its release, it was clear that Fortnite had totally changed the entire battle royale model, for better or for worse, due to its free-to-play concept. Games like PUBG suffered as a result and successors like Apex Legends and Call Of Duty: Warzone has been forced to make themselves free to even have a chance of competing. Although its peak might be in the past, I believe that Fortnite is still one of the better games to play above many that ask for money. The Switch version is a little harder to manage than the console or PC versions, but it’s certainly an easy feat compared to playing on mobile. Either way, it’s nothing that some practice in creative mode couldn’t fix.

The popular game Overwatch was made available on the Switch late last year, but for those who are looking to get a dose of that style of gameplay without shelling out any cash, look no further than Paladins. This game unashamedly borrows from Overwatch and sees you and your team pick one Champion each from four categories (Front Lines, Damages, Supports, or Flanks) to battle against other teams with the same Champions. This shooter requires more teamwork and group thinking than others in the same genre.

The Pokémon games on the Switch are some of its better-selling titles, but they all cost money. The only free Pokémon title available for this console is Quest. Naturally, it looks a little bit different from those games with its cube design, but it’s a Pokémon game through and through. The game sees you search for Pokémon on Tumblecube Island, looting along the way to level them up. Just like the best games in the series, there are battles too. You’re welcome to eventually spend money here if you’d like to, but Quest provides hours of enjoyment without you ever having to.

Smite comes from Hi-Rez Studios, the people who made the aforementioned Paladins. This MOBA is somewhat similar but distinguishes itself in some key ways. It’s more of a classic MOBA in both its gameplay and different game modes. It uses turn-based combat with a classic 5 versus 5 modes on offer. The list of characters you can play with is deep – the game boasts over 100 Gods, Goddesses, and mythological creatures. Also, just because it’s free, don’t sleep on the value this game has. Every year there is a Smite World Championship which pays out $1 million, so get to practicing.

Kirby has been Nintendo’s unsung hero for years, with the company freely using the character to experiment with. One of the results of this is Super Kirby Clash, a game that is actually exclusive to the Switch. You’re welcome but not required to play with a group of friends who you take with you to classic boss fights, a new direction for Kirby. The purchasing of Gem Apples might be encouraged a little excessively, but microtransactions do not get in the way of the fun here.

This is one of the more popular games on this list and for good reason. I think that it’s easy not just one of the best free games on the Switch, but one of the best games regardless. If you’re a fan of Tetris, this version of it is a no brainer. Even if you’re not, this new competitive edge on the game might make it a choice for you. Tetris 99 sees you play the game head-to-head against 98 other players, hence the title. Anytime you get a double, triple, or Tetris, you send blocks over to an opponent’s screen for them to deal with. The person who survives the longest of the 99 is crowned the winner.

Warface is an FPS that first came out on PC in 2013 but over the years has made its way onto the Xbox 360, the PlayStation 4, the Xbox One, and of course, as of just a few months ago, the Nintendo Switch. A realistic shooter, I think it’s fair to say that this is the closest you can get to playing a Call Of Duty or Battlefield on the Switch right now. Players can pick from classes like Sniper or Medic and like in Apex Legends, each class has its own role. As well as PvP game modes, the game boasts a Spec Ops mode and a PvE too. Unfortunately, those willing to put their money into the game do have access to high-tier weapons, but it doesn’t take away from a rare great FPS experience on a Nintendo console.

The fact that a game is free-to-play might give you doubts about the actual quality of its gameplay, but let Warframe put those doubts to rest. Warframe is a game that continues to grow in numbers, now with tens of millions of players registered across its many platforms, the Switch being one of them. The game sees you in a sci-fi world, taking control of more than two dozen warframes. The progression here means unlocking new weapons, items, and even worlds. To make things better, you can either play alone or with a team of friends.

As time has passed since its release, the Nintendo Switch’s library continues to offer some good pinball games, but for me, none come close to Magic Pixel’s Zaccaria Pinball. That’s because Zaccaria was once one of the biggest pinball machine manufacturers in the world and the machines in the game are exact replicas of some of their real products. That automatically makes the entire experience much cooler. The game offers a pair of pinball tables for free with the others available for somewhat of a trial with a score limit.