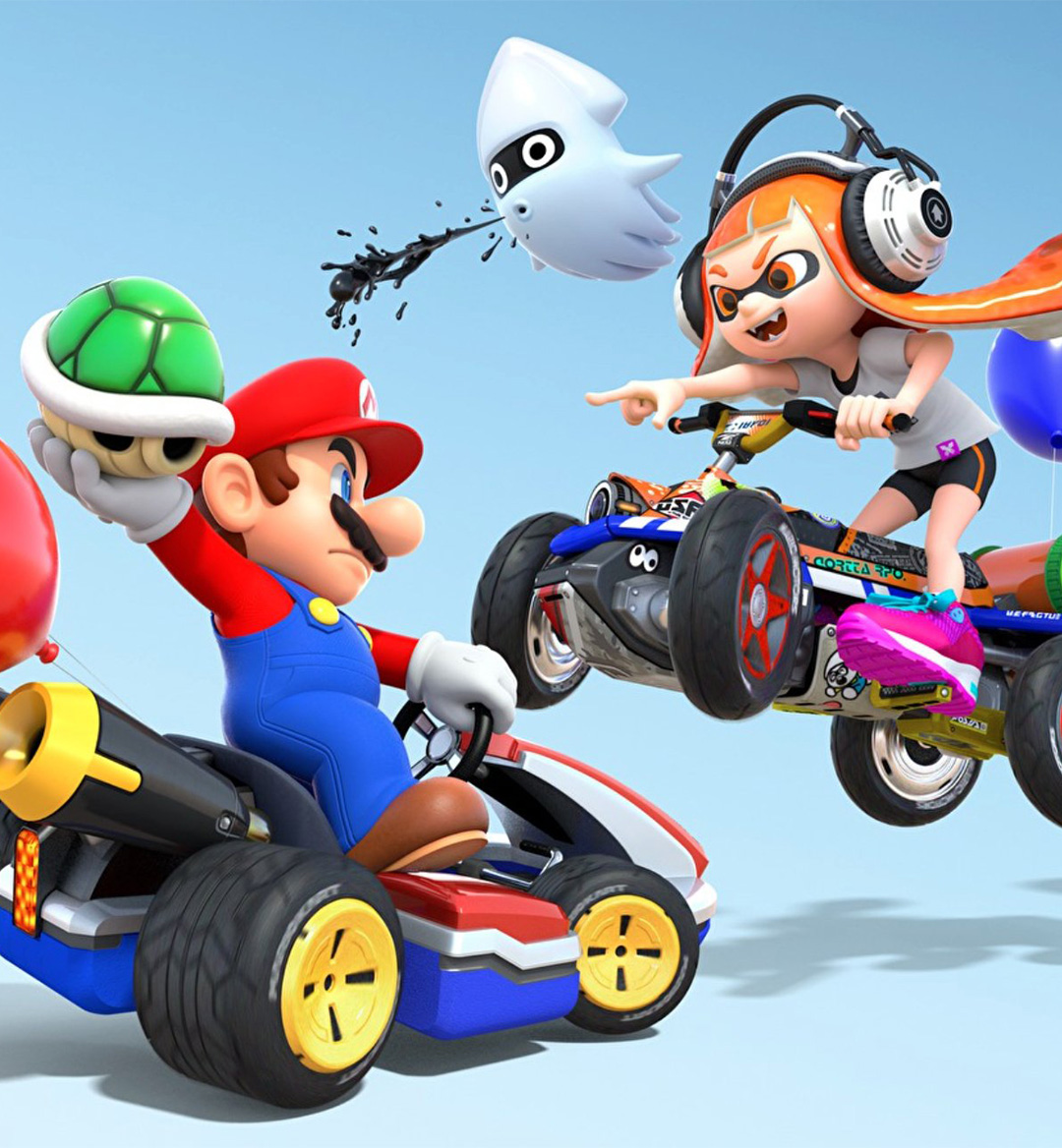 Ever since the most popular denizens of the Mushroom Kingdom decided to race each other for fun, gamers have become enamored with the kart racing game sub-genre. The formula that’s been established by the Mario Kart franchise has been adapted by other standout franchises to varying degrees of success. This may shock you, but there’s actually a collection of non-Mario Kart games that are just as good as the current king of the kart racing mountain. We’ve spent many a night getting engaged in some hotly contested digital kart racing tournaments with the homies and are experts when it comes to the best ones worth playing. These are, without a shadow of a doubt, the best kart racing games of all time. If your group gatherings aren’t jumping, just refer back to this list to add some much-needed life to the gameplay party.

We already mentioned the GOAT of all kart racers, so it’s only right that we explain why. The Mario Kart franchise first hit the road in 1992 and enraptured the youth at the time. From that point forward, Mario and the rest of the competitive gang have appeared in quality follow-ups that have evolved the series’ formula to damn near perfection. Mario Kart 64 moved the series into the realm of 3D, Mario Kart: Double Dash introduced clever double team mechanics, Mario Kart Wii implemented Wiimote motion technology, and Mario Kart 8 Deluxe compiled the very best parts of the game into one awesome series entry. The Mario Kart series offers the most polished and supremely satisfying kart racing game experience on the market. Will it ever be overtaken? Probably not.

There’s a reason why fans of this N64 classic are still requesting a sequel. It was just so damn good and caused some to believe that it’s far superior to Mario Kart 64. Diddy Kong Racing features a wide range of cutesy critters that get their kicks by racing in the air, the sky, and on the road. Providing players with two other options when it comes to nabbing first place is the main reason why this throwback kart racer is held in such high esteem. Another reason why Diddy Kong Racing is so celebrated is because of its memorable Adventure Mode. Were the bosses from that mode infuriating? Of course! But the high fun factor that comes with discovering new worlds, collecting balloons, and participating in some Battle Mode matches quickly rids one of all that boss race frustration.

This Sega-themed kart racer had no right being as good as it was at the time of its release. Most people painted it as a thinly veiled attempt at mimicking the Mario Kart franchise and replacing all of that game's characters with Sega’s most prominent stars. But in the end, Sonic & Sega All-Star Racing proved to be a super enjoyable romp through the illustrated history of Sega. The graphics’ bright & bubbly exterior hops off the screen, the music is filled with nostalgia, and the tracks you get to race on evoke the feel of your favorite roller coasters. With a rose that features the likes of Billy Hatcher, Ryo Hazuki, Ulala, and several other Sega icons, this kart racer achieved its goal of offering Sega fans a worthy competitor to Mario Kart.

And then there’s the amazing sequel. Sumo Digital must have taken a good hard look at Diddy Kong Racing since this game came outfitted with boats and planes, too. Sonic & All-Stars Racing Transformed went big in the best ways possible - more characters, more tracks, more power-ups, etc. Even more notable Sega characters joined the roster and were allowed to race in even more expansive tracks that tugged on everyone’s nostalgic heartstrings. Venturing through mind-blowing tracks inspired by Golden Axe, Panzer Dragoon, Burning Rangers, and even Nights into Dreams will forever feel monumental for the most ardent Sega fanatics.

The OG version of Crash Team Racing is already a great example of the orange bandicoot’s era of console dominance. Fast forward to 2019, where development studio Beenox made Crash Bandicoot fans’ dreams come true. Crash Team Racing Nitro-Fueled remasters the very best parts of Crash Team Racing, Crash Nitro Kart, and Crash Tag Team Racing. Not only do all the characters and tracks make their return in high definition, but a host of improvements also made their way into the game. Kart customization, a whole batch of new racers to choose from, and two variations of past Adventure Modes made this remaster feel like a true love letter to its quality predecessors.

We were saddened to hear the news that developer United Front Games was shut down back in 2016. That’s because we wanted them to continue perfecting the strong kart racing/track creation formula they concocted with ModNation Racers. That PS3/PSP speed demon provided all the nooks and crannies that come with superior kart racers. But what truly made ModNation Racers earn itself an appreciative audience was its open-ended track creation mechanic. You pretty much got an endless array of clever track layouts to enjoy when the game’s servers were still alive. ModNation Racers thrived thanks to its amusing races and talented creative community. Making custom karts, racers, and tracks is just so damn addictive, isn’t it?

Before United Front Games met its unfortunate end, the studio linked up with Sony’s San Diego Studio to craft another top-tier kart racer. And this time, the joint project mashed up the best elements of ModNation Racers and the LittleBigPlanet. LittleBigPlanet Karting brought Sackboy and the whole lovable crew of plushy characters to the world of party racing and made sure to incorporate the familiar motif of “Play, Create, Share." The player-created tracks helped the game offer a near-endless array of content to enjoy. That main hook welcomed players to a kart racer that did the basics right and also changed things up by featuring a clever grappling hook movement mechanic.

It makes all the sense in the world for the massive Looney Tunes collective to participate in some good ol’ fashion kart racing, right? Back in 2000, Bugs Bunny, Daffy Duck, Yosemite Sam, and the rest of the zany crew hopped on their signature rockets with the release of Looney Tunes: Space Race. And to the surprise of many (including us), it ended up being better than expected. The cel-shaded art style still shines and the gameplay is expectedly amusing. All of the themes that are tied to the Looney Tunes cartoons are on display here as everyone rockets across some well-designed tracks and tries to eliminate each other with a wealth of hilarious weaponry.

For those who may have forgotten, the Game Boy Advance launch lineup produced three quality racing games. F-Zero: Maximum Velocity, Top Gear GT Championship, and Konami Kart Racers were the three games that helped that genre thrive on day one of the handheld console’s release. And to this day, Konami Kart Racers is still worth delving into. The roster is full of some expected and unexpected faces, such as Goemon (Legend of the Mystical Ninja), Dracula (Castlevania), and Gray Fox (Metal Gear Solid). What makes this kart racer stand apart from its contemporaries is its use of color-coded power-up pickups that offer an extra layer of strategy to the race proceedings.

The original PlayStation actually had some good kart racing games? Yeah, actually! The first one we’re going to mention here is Speed Freaks, which is an underrated gem that’s still worth spending some time with. The cartoony aesthetic goes hand in hand with the game’s roster of big head mode-themed racers. As for the actual racing itself, it gets the job done and features all the elements that your favorite kart racer lives by. The soundtrack provided a satisfying array of tunes that go hand in hand with the game’s joyous races. Speed Freaks provided the perfect reason to add the PlayStation Multitap to one’s gaming peripheral collection.

So the first Motor Grand Prix ended up being a Japanese exclusive at the time of its release. Sadly, it didn’t get the most positive reception. Once the sequel finally arrived, however, it marked the debut of the series in the US and garnered a far more welcoming critical response. Motor Toon Grand Prix 2 offers improved visuals, tighter vehicle handling, devious track layouts, and the same comedic cartoon theme that its predecessor introduced. The image of each car stretching itself out as it twisted and turned in different directions will never leave our brains.

Mortal Kombat: Armageddon was seemingly set up as the swan song for the entire series upon release. Every playable character that’s ever been introduced to the game’s roster participated in this game’s realms-altering tournament. Along with the game’s traditional fighting game mechanics, this 3D Mortal Kombat series entry also introduced a fun minigame that ended up being far better than it had any right being. Motor Kombat took the game’s most popular characters, gave him big heads & little bodies, and let ‘em zip across some tracks lifted right from the dark & brooding world of Mortal Kombat. Launching each character’s signature weapon and watching the rest of the pack turn into nothing but blood splatter was and still is a joyous moment.