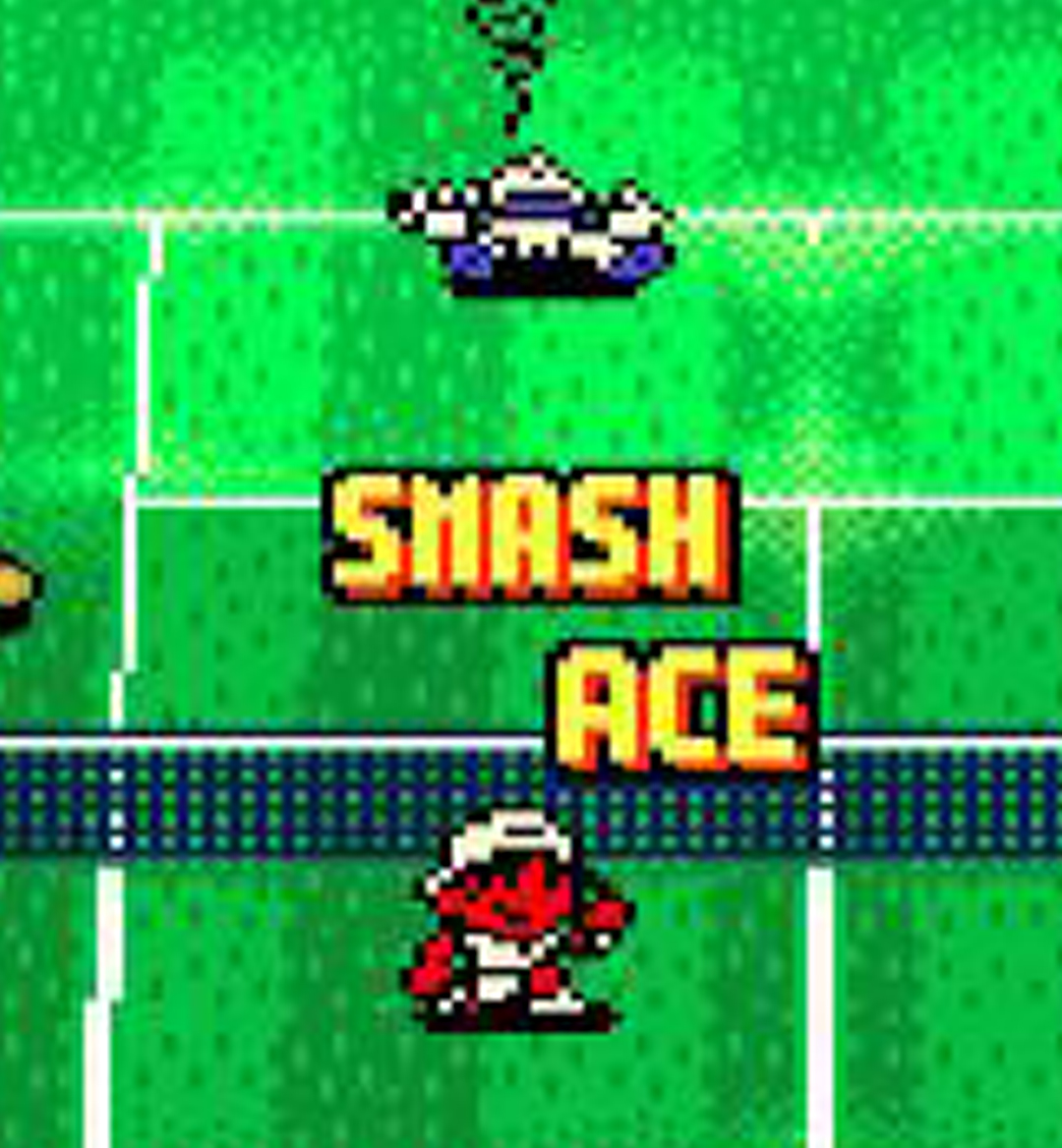 November 18, 1998 marks a historic day in the lives of gamers still alive to tell it. On that momentous day, Nintendo released an upgraded version of their mega-popular Game Boy handheld hardware. This successful successor introduced a full-color palette that made the visuals of its software library truly pop off the screen. What also made this “fit in your pocket” gaming device such a hit was its lineup of varied color models, a huge library of addictive games, and slimmer design in comparison to the original Game Boy.

We’re of course talking about the Game Boy Color. 90s babies who had one most likely remember taking their model to the playground to engage in some link cable battles with their friends. Or they regularly reminisce over sitting in the back of their parents’ car playing with it until it got dark during long road trips. Looking back now, it’s hard to fathom how Game Boy Color owners had to be content with its troublesome lighting issues. Young gamers (such as the writer of this article) went to great lengths to enjoy hours of Pokémon fun by sitting under a lamp until their AA batteries called it quits.

Speaking of Pokémon, the Game Boy Color played host to some of the best entries in the long-running series. But that’s not the only game that defined the device’s quality software library. The 15 titles we’ve included in this list make up the gamut of must-play games for the Game Boy Color. And to this day, they stand tall and proud as the very best that Nintendo and its 3rd-party partners had to offer.

Having a Game Boy in your possession without a Tetris cartridge nearby is highly unusual. Chances are high that a lot of Game Boy Color owners started their software library with this top pick in tow. Arguably the most famous and addictive puzzler of all time got a DX upgrade that adorned it in gorgeous colors. Tetris DX expanded upon the original game’s winning formula by adding new gameplay modes that increased its replayability factor tenfold. This colorful block puzzler is the definitive Game Boy Color experience that’s still relevant to gamers young and old.

Nintendo’s green tunic wearing adventurer moved onto handheld devices for the very first time with the Game Boy version of this selection. Once it made the transition over to Game Boy Color, its visuals were met with a color change that made it even more of an attractive option for longtime fans. Along with the improved visuals came an entirely new dungeon to explore, which gave way to tricky color-based enemies to face and puzzles to solve. Link’s portable adventure on Koholint Island is a bonafide classic that’s still enjoyable in the modern age of gaming.

3. 'The Legend of Zelda: Oracle of Ages/Seasons'

It’s pretty mind-blowing to recall that Nintendo and Capcom once entered a partnership to create a new Legend of Zelda game. Their fruitful alliance led to the creation of The Legend of Zelda: Oracle of Ages and Oracle of Seasons. Both titles adopted the Pokémon standard of releasing two games with similar gameplay mechanics, but with exclusive items and extra content that could only be seen in a single version. The traditional top-down exploration, puzzle-solving, and enemy vanquishing old school Zelda games are known for are well represented here. The ages and seasons’ environmental changes added an extra wrinkle to the gameplay for both titles, which presented a fun approach to fully exploring both titles.

Several diehard Pokémon fans refer to this trio of series entries as GOAT-tier material. The Gold, Silver, and Crystal games took players to a brand new region called Johto, which was home to 100 new Pocket Monsters to find, battle, and capture. The full-color graphics were an obvious plus for this amazing sequel. Breeding your Pokémon was one of the best changes to the formula, plus the addition of Dark- and Steel-type creatures greatly expanded the offering of party members you could employ. Pokémon Crystal added even more likable features to an already amazing game via new storylines to follow and a new challenge to overcome in the form of the Battle Tower. This trio of Pokémon games is the pinnacle of Nintendo and Game Freak’s monster-collecting franchise.

What’s a Nintendo console without a Mario game on offer, you ask? Cruel and unusual punishment to say the least. Thankfully, that premise has never become a reality. The Game Boy Color gave the lovable plumber his time to shine with Super Mario Bros. Deluxe, which was an enhanced package deal containing the original Super Mario Bros. and The Lost Levels. Both games are excellent in their own right, but this version’s addition of minigames, bug fixes, and the You vs. Boo race mode made Super Mario Bros. Deluxe a must-have for Game Boy Color owners.

HAL Laboratory’s pink puffball has been known to engage in some fun diversions from time to time. His air ride antics over on the GameCube were cool and all, but there was a lot more fun to be had with this “rolling” handheld endeavor. Kirby Tilt ‘n’ Tumble has a lot of great things going for it – the signature pink cartridge, the built-in accelerometer, and the amusing manner in which you maneuvered Kirby through each level are among this game’s biggest positives. This pick stands out for being one of the more unique games starring a 1st-party Nintendo icon on the Game Boy Color.

So Mario Tennis on the Nintendo 64 was a hit amongst all the kids that introduced it to their neighborhood buddies. But the handheld rendition of the red plumber’s spinoff sports title had one feature that gave it the slight edge over its 64-bit counterpart – a surprisingly deep RPG mode. Mario Tennis on the Game Boy Color put players through their paces as an up and coming tennis rookie looking to become the GOAT at the Royal Tennis Academy. Along with the already addictive gameplay and charming cast of characters, Mario Tennis’ RPG adventure made it a one of a kind sports undertaking.

Sometimes gamers aren’t in the mood to stomp on Goombas, collect pocket monsters, or clear lines of blocks. Those same gamers may just get their fulfillment from simply running a farm and grabbing the title of Ranch Master. The Game Boy Color version of Harvest Moon focuses on that exact gameplay loop and is far more engaging than one would initially think. Taking care of one’s crops, tending to all sorts of livestock, and utilizing a large variety of yard tools might sound like boring busywork. But you’d be wrong to think that and mistakenly ignore one of the best life simulation games on a handheld platform.

Donkey Kong Country revolutionized gaming when it introduced gamers to 3D visuals on a 16-bit platform back in 1994. It was incredible then and it maintained that status once it came over to the Game Boy Color in 2000. The quality platforming and unmistakable graphics came along for the ride, of course. Plus a slew of new minigames, a stage redesign, and a newly added level to play on gave this Game Boy Color port something extra to keep longtime fans enthralled.

Like the rest of Nintendo’s 1st-party stable, Pokémon did a fine job of moving its cute aesthetic and beloved pocket monsters into non-RPG genres. Pokémon Puzzle Challenge is one such example of that game type and it’s one of the best puzzlers on the Game Boy Color handheld. It took the excellent puzzle mechanics originated by the Japan-exclusive Panel de Pon, threw in the main plotline from Pokémon Gold & Sliver, and challenged players to overcome fun spins on the game’s traditional gameplay. This winning formula provided one of the better spinoffs within Pokémon’s massive library of portable projects.

The Pokémon approach to dual adventures with monster collecting mechanics seems to be a hit with other games, doesn’t it? Even the Dragon Warrior series dibbled and dabbled in that adored sub-genre of RPG’s. Dragon Warrior Monsters 2 expanded upon the first game’s simple and super enjoyable foundation to present a new worthwhile journey with two new heroes. Playing as either Cobi or Tara meant you’d embark upon a dungeon-exploring quest full of creature collecting and magical keys to gather. Dragon Warriors Monsters 2 was and still is a nice alternative to Nintendo/Game Freak’s pocket monster IP.

The straightforward gameplay elements that horizontal and vertical SHUMP’s employ will never get old. R-Type is one of the better-known names within that long and storied genre. This portable compilation for the series features two games that received welcome enhancements. And to the surprise of no one, those upgrades included the implementation of a nice color palette. Shooting down countless waves of rival ships and massive aliens were definitely worth the price of admission back when R-Type DX released back in 1999.

Besides the high quality of the game itself, Pokémon Pinball gets the nod on this list of top Game Boy Color games due to its unforgettable cartridge. Since it came with a massive rumble pack inside it that offered force feedback during gameplay, the cartridge for this memorable portable pinball game added to the total weight of Game Boy Colors everywhere. Having an extra heavy GBC on hand with this game in tow wasn’t an issue since Pokémon Pinball is such a fun time. The usage of two pinball tables and using the Poké Ball to capture each creature offered a unique spin on traditional pinball gameplay. Pokémon Pinball deserves the physical pinball table treatment at this point, don’t you think?

Mario’s far more sinister doppelganger starred in some pretty dope platformers during the height of his popularity. Wario Land 3 is pretty much a given if we’re talking about the Mt. Rushmore of greatest Wario games ever made. The gimmick attached to taking different body forms after getting hit by certain enemies gave way to a fun level exploration focus. And getting Wario’s grubby mitts on treasure chests introduced him to new stage paths and abilities, which gave players every reason in the world to be greedy treasure hunters. Wario Land 3 took the feeling of being a shameful treasure chest robber and made it feel oh so good. Gotta give props to this game for featuring a pretty rad golfing minigame, too.

The hip-swiveling, animal transformation heroine known as Shantae first got her start in this classic Game Boy Color platformer. What’s so crazy about this title is the fact that it released a whole year after the Game Boy Advance arrived and succeeded its predecessor. Everyone who got their hands on a copy of Shantae seemingly enjoyed every minute of it, especially since it was compatible with those brand-spanking-new GBA machines. Shantae’s unmistakable charm, pleasurable platforming, and unique day/night cycle are part of the reasons why it received the honor of being called a cult classic.