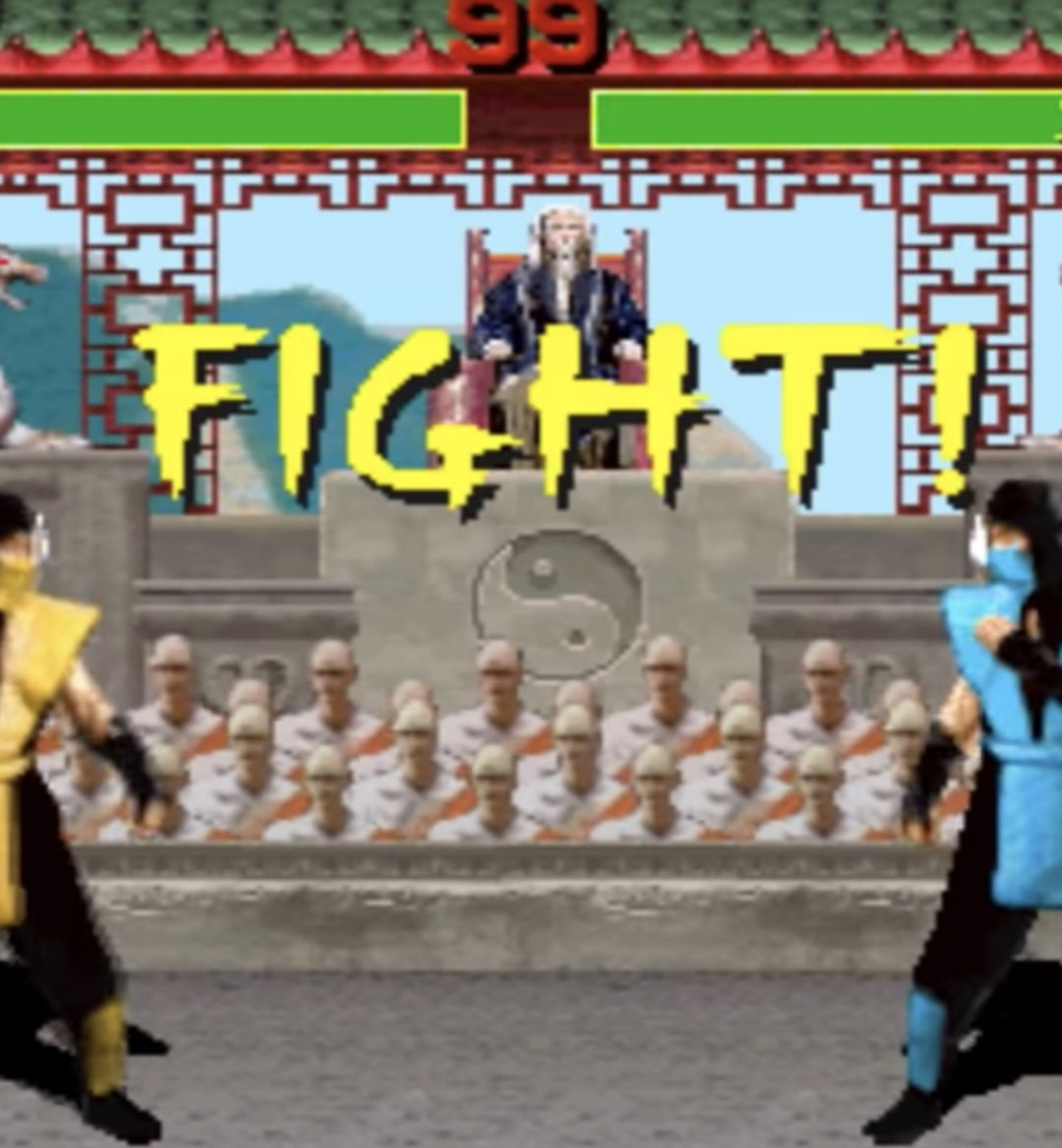 If you were the right age when the Sega Genesis was released way back in 1989 (in North America at least), you just might believe that it’s the best games console that’s ever been released. Some of that is certainly nostalgia, but the Sega Genesis is definitely in the conversation for bringing gamers some of the best moments in the past few decades. It brought us arguably one of the best video game characters of all time in Sonic The Hedgehog and arguably the best gaming controller of all time with its six buttons.

If you’d like to take a trip down memory lane for some nostalgia or you’d like to learn a little bit about gaming back in the day, we’ve compiled a list of some of the best Sega Genesis games. Check out our list of the 27 games below and let us know if you think we missed anything important. 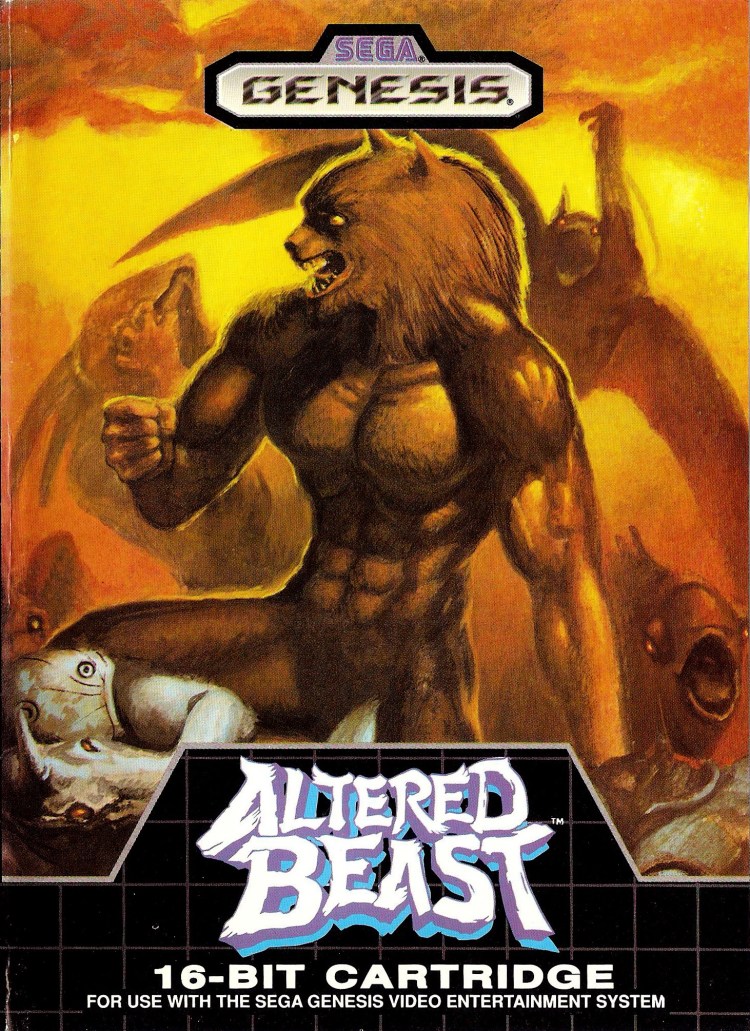 Set in Ancient Greece, you take on the role of a charcter who has been chosen by Zeus to rescue his daughter Athena from Neff. To do this, you have the ability to turn into a dragon, a bear, a tiger, a wolf and a golden wolf, keeping the combat exciting.

Fans were excited when Konami announced that a Castlevania game would makes its way onto a Sega console after it was exclusive to Nintendo for so many years. Bloodlines ended up being one of the better games ever released on the console.

Even today, Comix Zone’s art style is unique. As the name suggests, it is made within the universe of a comic book, with characters talking in speech bubbles. Stretch Turner is locked in his own universe here where he must fight through with his companion, Roadkill.

Developed by Virgin Games USA, this side scroller was actually the first game to use hand-drawn animation. The concept is simple – defeat enemies with a scimitar or apples. It might surprise people to know that excluding Sonic games, this is the highest selling Sega Genesis game of all time. 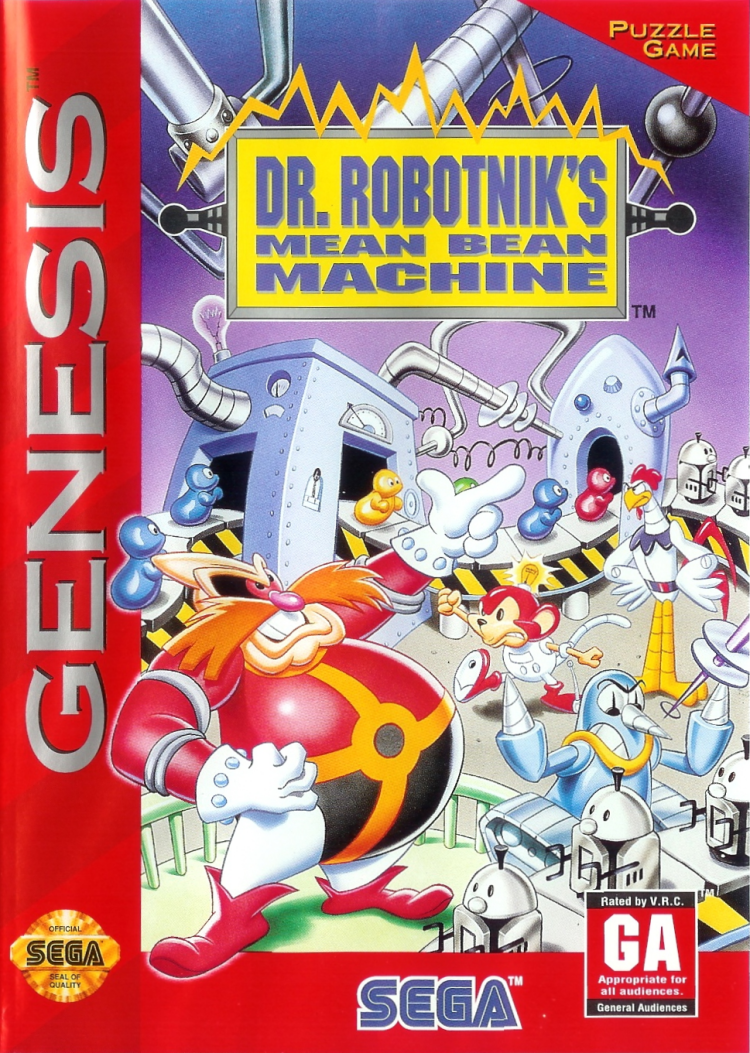 There’s definitely a plot to this game about Dr. Robotnik turns residents of Beanville into robots, but you don’t need to know anything about it to enjoy this one. It’s a similar play style to Tetris and just like a lot of games from that era, it’s notoriously difficult.

On paper, being an earthworm who wears a robotic suit to fight the bad guys seems like a strange concept, but that doesn’t do Earthworm Jim any justice. This game was ahead of its design with detailed graphics and creative level design. Its sequel is just as good. 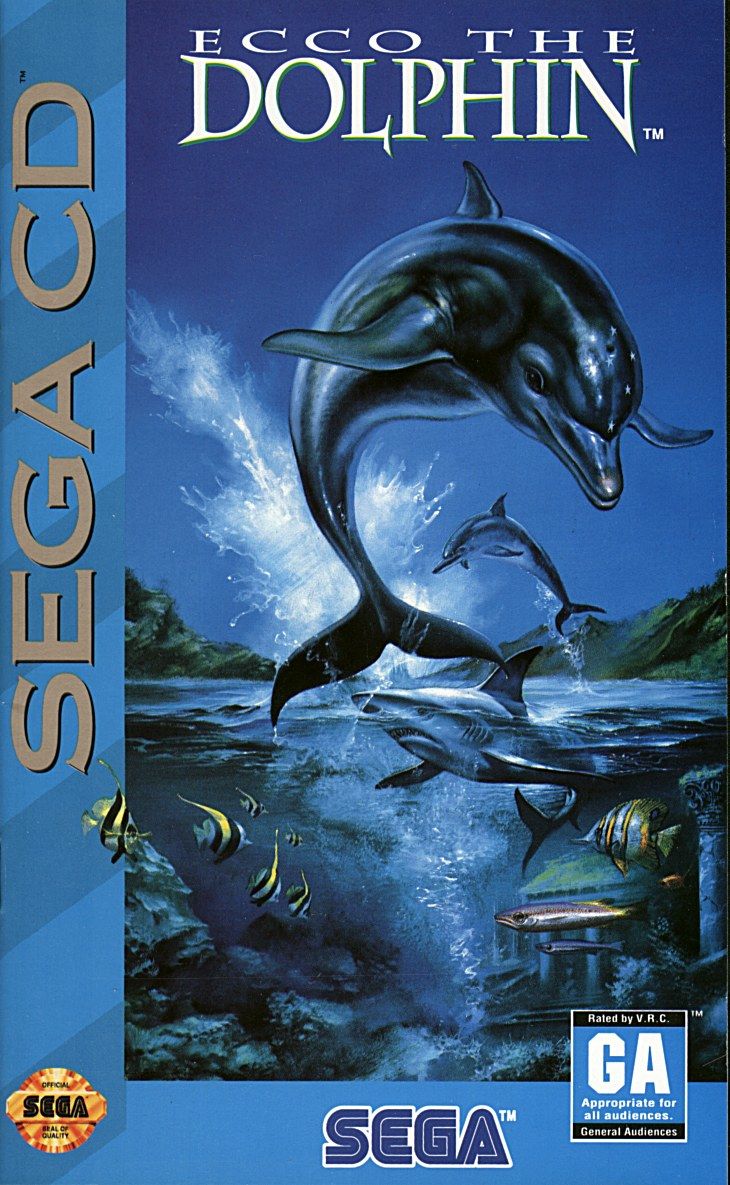 The concept for this game is one of the whackiest we can think of. You play as the title character, Ecco The Dolphin, who uses a time machine to go back 55 million years to try to save his fellow dolphins. Combat takes place in the ocean and on a spaceship, of course. 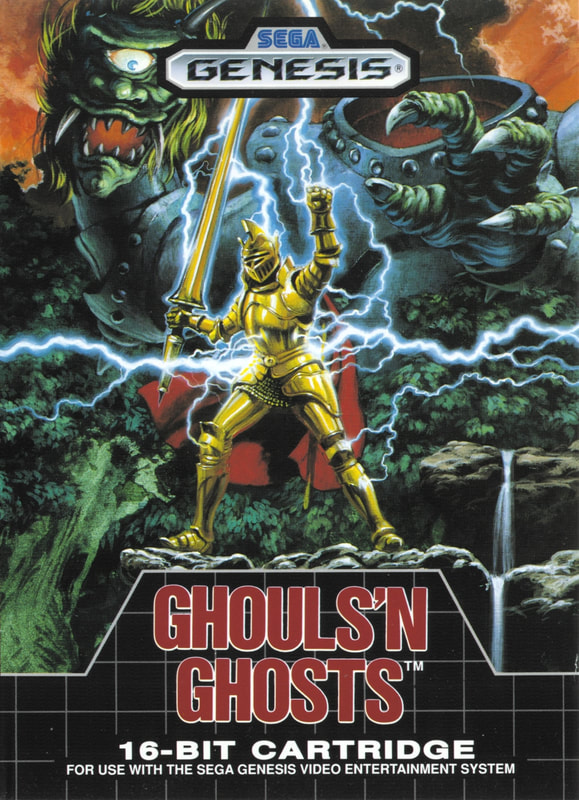 In Ghouls ‘N Ghosts (the sequel to Ghosts ‘N Goblins), you control Knight Arthur whose love interest Princess Prin Prin is captured by a winged Satan. Your goal is to get to the castle where she is being kept to get her back.

Multiple games on this list are side scrollers and/or beat ‘em ups, but where Golden Axe differentiates itself is its incorporation of elements from the fantasy genre. This game’s success spawned multiple follow-ups and spin-offs, which is always a goal as a developer.

Gunstar Heroes is an exciting game that was spawned from a team of developers at Konami who didn’t feel that their original ideas were being accepted. They left, formed Treasure and then came this game. It’s a classic in the run and gun genre.

The Jurassic Park game on the Genesis was great because you could switch between playing as Alan Grant and a velociraptor. When you’re Grant, you have to make it to the Visitors Centre to escape the island whilst battling dinosaurs. When you’re the raptor, you have to try to escape while getting past security.

If you played the first Mortal Kombat game on the Genesis, you had a much more fun experience than those that played it on the SNES because of Nintendo’s family-friendly policy. The Nintendo version had no blood and less violent finishers. Thankfully the rest of the classic series stayed gory. 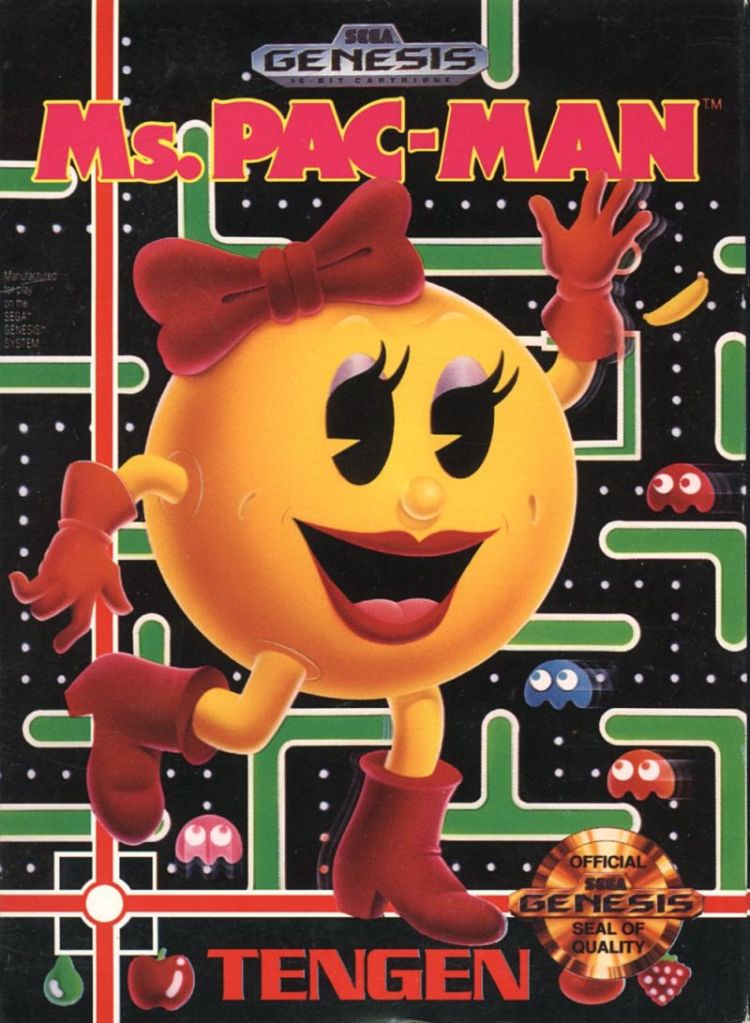 Ms. Pac-Man was the only Pac-Man arcade game that made its way onto the Genesis. It was the first sequel to the original Pac-Man but established itself with some key differences like new sound effects, new music and different animations.

Developed by Compile, MUSHA puts you in control of a flying mecha pilot with the task of destroying a large computer that will destroy the earth. Interestingly, reviews at the time of release though this game didn’t do enough to differentiate itself from other side-scrolling shooters, but in hindsight, people called it ahead of its time.

Jam is remembered very fondly amongst gamers. Released in ’93, it was basically a 2v2 game only featuring the two biggest/best players of each team (sans Michael Jordan). Despite being praised for realistic graphics and speed (for the time), the game’s over the top nature is what fans love the most about it.

17. Phantasy Star IV: The End Of The Milennium

Even if you’re too young to have played the finale in the Phantasy Star series when it first came out, there’s a good chance you’ve played it since because it’s been available on a bunch of collections and the Wii Virtual Console since. 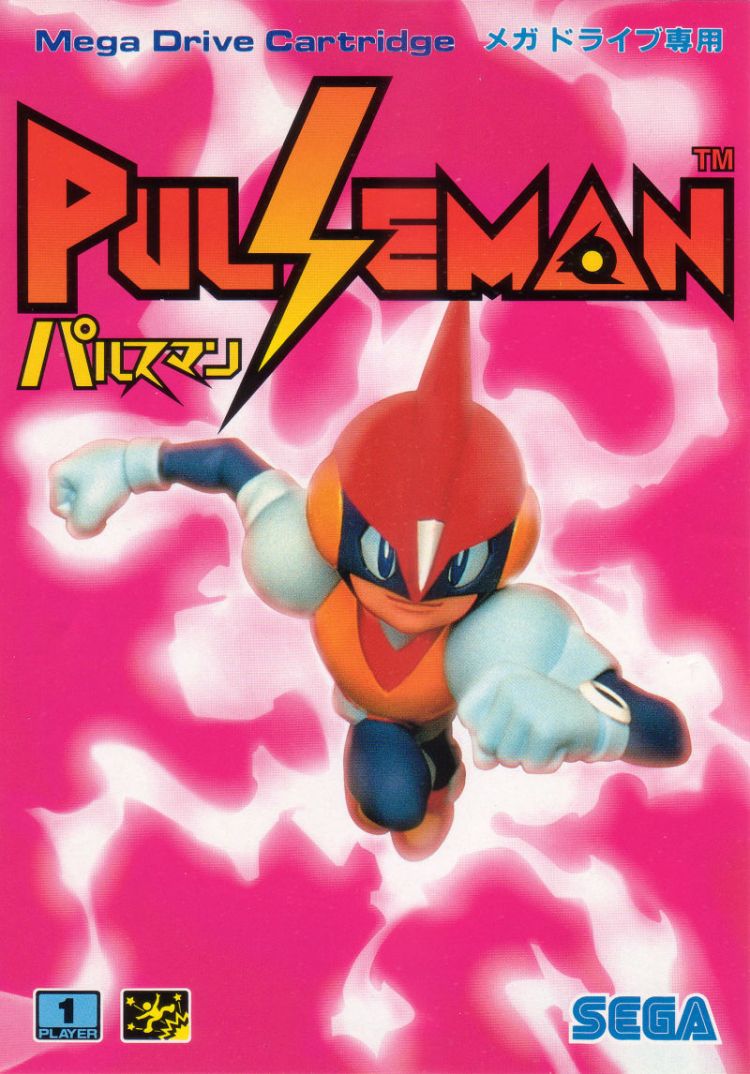 Before they developed Pokémon, Game Freak had Pulseman. He was a cyborg with electrical powers who had to manoeuvre his way through multiple stages with a boss fight at the end of each one. If you liked MegaMan, this is in a similar lane. 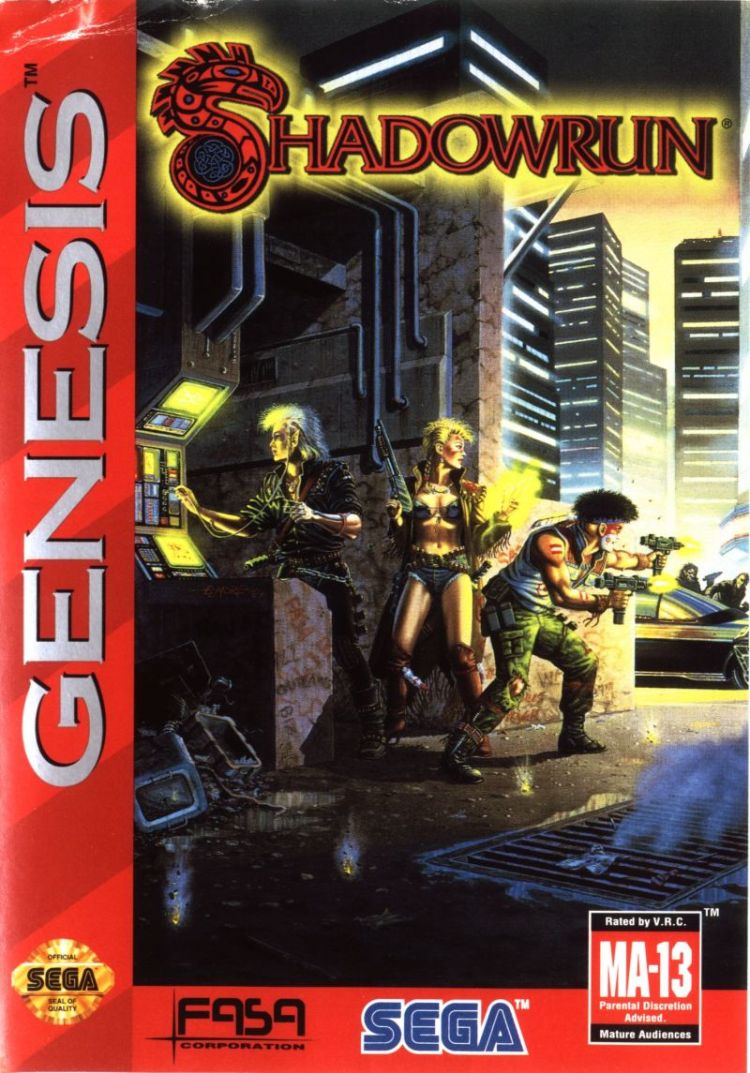 A video game made after a tabletop RPG, Shadowrun (especially for the Genesis) is considered a pioneer in the cyberpunk genre. It has an open style of gameplay and a karma system which is basically its own version of XP.

The Shining Force series and especially the second game in the series are some of the better turn-based strategy RPGs produced in any era. You play as Bowie who must ultimately seal away Zeon, but there’s a lot of freedom in this sequel that wasn’t available in the first.

The Shinobi series was supposed to remain on arcades but became a staple for Sega. Return Of The Ninja Master is so beloved that it was released for the iPhone in 2011 and the Nintendo 3DS eShop in 2013. The game also boasts a notoriously difficult final boss.

The Sonic & Knuckles game contained an adaptor that allowed for its cartridge to connect with the Sonic The Hedgehog 3 cartridge and the result was Sonic 3 & Knuckles. This creates altered levels and the ability to play as Tails. 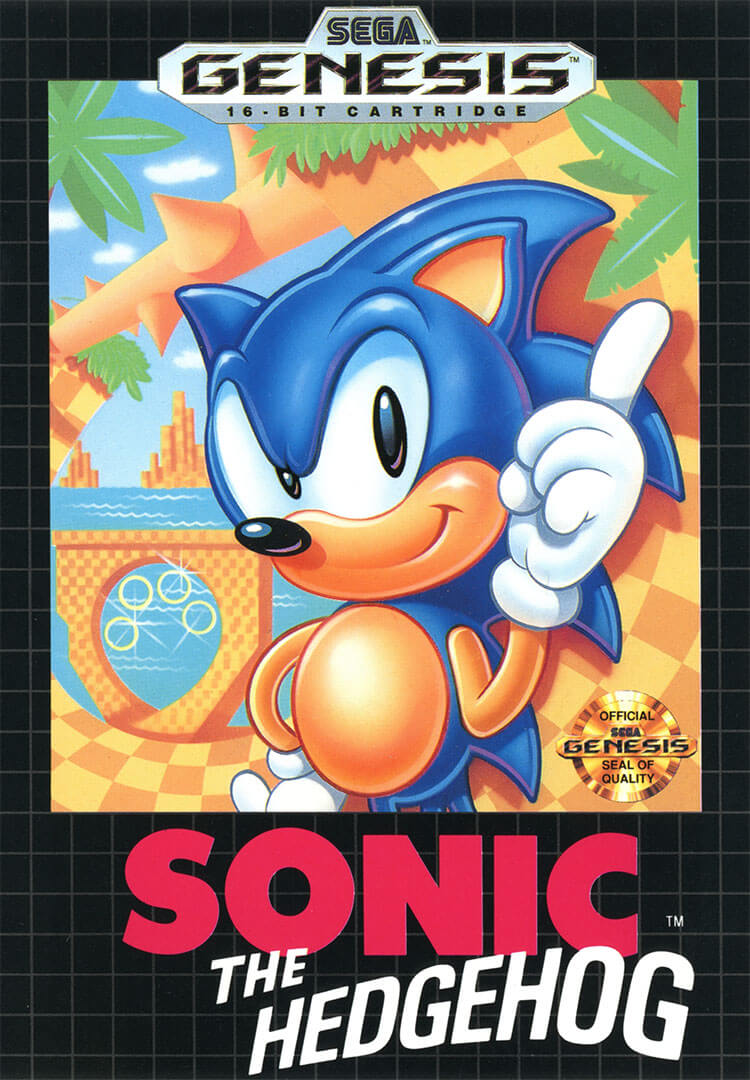 This game will always be a classic because it introduced Sonic to us. Sega felt they needed a character to compete with Nintendo’s Mario and a hedgehog was born. A fun fact is that Sonic’s shoes were inspired by Michael Jackson and Santa Claus. This game helped establish Sega outside of their arcade success and the Genesis as a key console. Its sequel could have easily made this list too.

Yet another beat ‘em up game, the first sequel in the Streets Of Rage series lets you pick through a selection of characters to navigate through stages like Downtown, Amusement Park, Ship and Jungle to fight crime. This is arguably the best in the genre.

Strider was a hack-and-slash platformer by Capcom and today, it is considered to be a major influence on games like God of War, Ninja Gaiden and Devil May Cry. But it didn’t just come at the right time, it is widely considered one of the best games of all time.

This game is a standout in the sub-series of Street Fighter games. It boasted a jump up in graphics and introduced T. Hawk, Cammy, Dee Jay and Fei Long into the series. At the time, it was considered one of the best fighting games around.

This game is set in 2049 (which is scarily close) where robots clean up after humans. One of them goes insane and takes control of all others. Then comes you, VectorMan, who isn’t affected. Your job is to get back control of the earth.