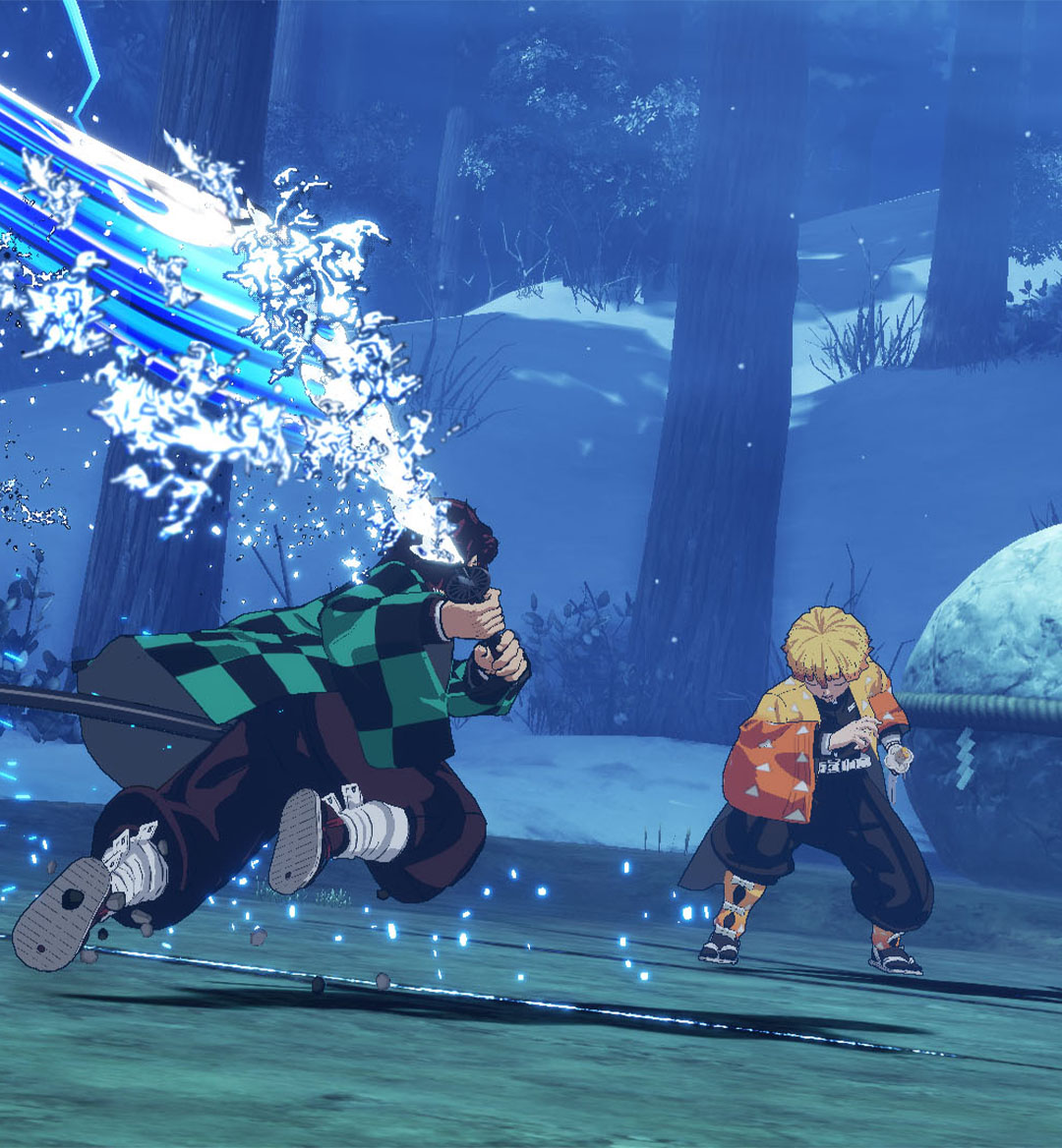 Once it stepped into the ninjitsu-filled world of Naruto, it churned out some of the best games based on the hit manga/anime via the Ultimate Ninja Storm series. After bringing that series of games to an end with the fourth installment and its accompanying DLC, CyberConnect2 turned its attention to other titles based on popular anime properties, such as .hack//G.U. Last Recode and Dragon Ball Z: Kakarot. Thankfully, the studio has returned to the anime fighter realm to adapt the story being told thus far by Demon Slayer: Kimetsu no Yaiba. If you enjoyed the Ultimate Ninja Storm games and have been on the lookout for a similar experience, then The Hinokami Chronicles will quickly become your next go-to favorite.

From a purely visual standpoint, Demon Slayer: Kimetsu no Yaiba - The Hinokami Chronicles looks incredible in motion. The anime itself is already a feast for the eyes - somehow, someway, CyberConnect2 managed to perfectly replicate the show’s striking art style. Everything from the cinematics right on up to the awe-inspiring Ultimate Art finishes exploding off the screen due to their beautifully animated flair. The audio is just as strong - the English dub, sounds of swords clashing, and signature style of music lifted from the show all sound amazing. The one blemish you’ll quickly notice is instances where the spoken dialogue doesn’t quite match up with the characters' lips as they speak on screen. While it’s a rare occurrence, it’s still hard to ignore and just sweep under the rug.

The Hinokami Chronicles’ main source of gameplay is derived from its story mode, which follows series protagonist Tanjiro Kamado’s origin as a demon slayer right up until his “Mugen Train” adventure. Just like the Ultimate Ninja Storm Game’s story mode structure, players witness the retelling of the anime’s most impactful moments through extended cinematics. The fun really begins when you get to hop into battle and play out the most epic clashes fans still look back on fondly. If you’ve kept up with the anime, then your mileage may vary when it comes to the game’s main campaign - fans who are open to replaying everything they’ve watched thus far will enjoy their playthrough as they navigate linear locales, relive memorable events, and engage in epic quick-time events. But for those Demon Slayer fanatics who’d rather play a wholly original storyline made specifically for this game instead of covering the events from the show, they’ll be disappointed. Just know that you’ll mostly be playing through a series of events that are already familiar to you. Thankfully, the fun factor during that campaign is quite high. 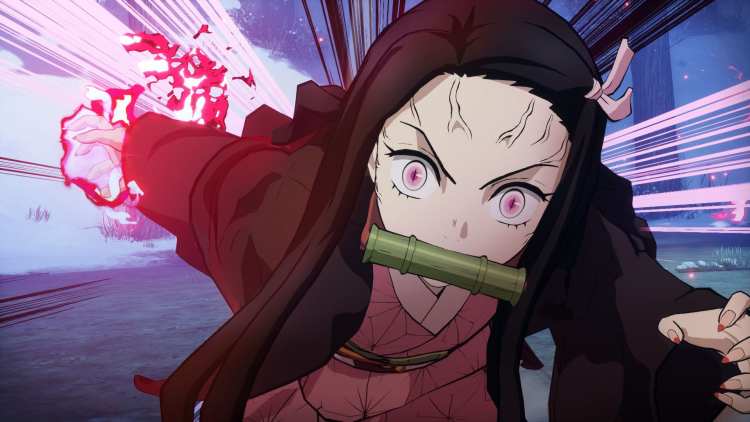 When it comes time to do battle, The Hinokami Chronicles shows its best hand. Yes, the control scheme is simplistic as expected - CyberConnect2 lifted its gameplan from the Ultimate Ninja Storm playbook, which should come as no surprise. Even with that simple approach to combat, the game’s fights are still entertaining thanks to a mix of character assists, parrying, normal/special move links, etc.

Another cool aspect tied to combat is the ability to boost your character’s strength for a limited amount of time - an extra layer of strategy is added to each skirmish as you decide to boost a second time to enter Surge mode or spend your special gauge on unleashing a super flashy Ultimate Art. Calling on your secondary character to either extend a combo via their attack, save you from further harm, or tag them in altogether also adds some more fun mechanics to The Hinokami Chronicles’ heated clashes. Anyone who’s spent some time with an Ultimate Ninja Storm game will be familiar with everything that’s on offer here. And for those who’ve never explored those quality Naruto games before, they’ll get a nice bit of casual enjoyment out of the fast-paced battle The Hinokami Chronicles has to offer.

The rest of the content suite for this anime brawler is a bit lacking, sadly. Besides the main story mode and offline/online versus modes, there isn’t a whole lot to stay busy with. Watching additional cutscenes, completing assorted training mode clashes, and spending all the Kimetsu Points you earn over time on rewards are fine and all. But most players will be left feeling unsatisfied with the game’s lack of additional playable content. The presence of character customization and a more open exploration mode on par with Ultimate Ninja Storm 4’s Adventure Mode that includes fresh story threads could have done a lot more to make this game more replayable. Plus the lack of playable demons at launch is also a huge letdown. However, the future arrival of those extra characters as free DLC updates will remedy that glaring issue. Here’s hoping the inevitable sequel goes above and beyond to give players more modes and Demon Slayers to stay busy with.

Demon Slayer: Kimetsu no Yaiba - The Hinokami Chronicles is an above-average attempt at replicating the grand tale told by the manga/anime - it excels thanks to gorgeous graphics, incredibly fun battles, and a quality retelling of the events fans have witnessed thus far. However, the game is held back from true greatness due to a lack of additional meaningful content and some spotty lip-synching from time to time. All in all, The Hinokami Chronicles is a solid anime arena fighter that diehard fans will still derive a good amount of enjoyment from.