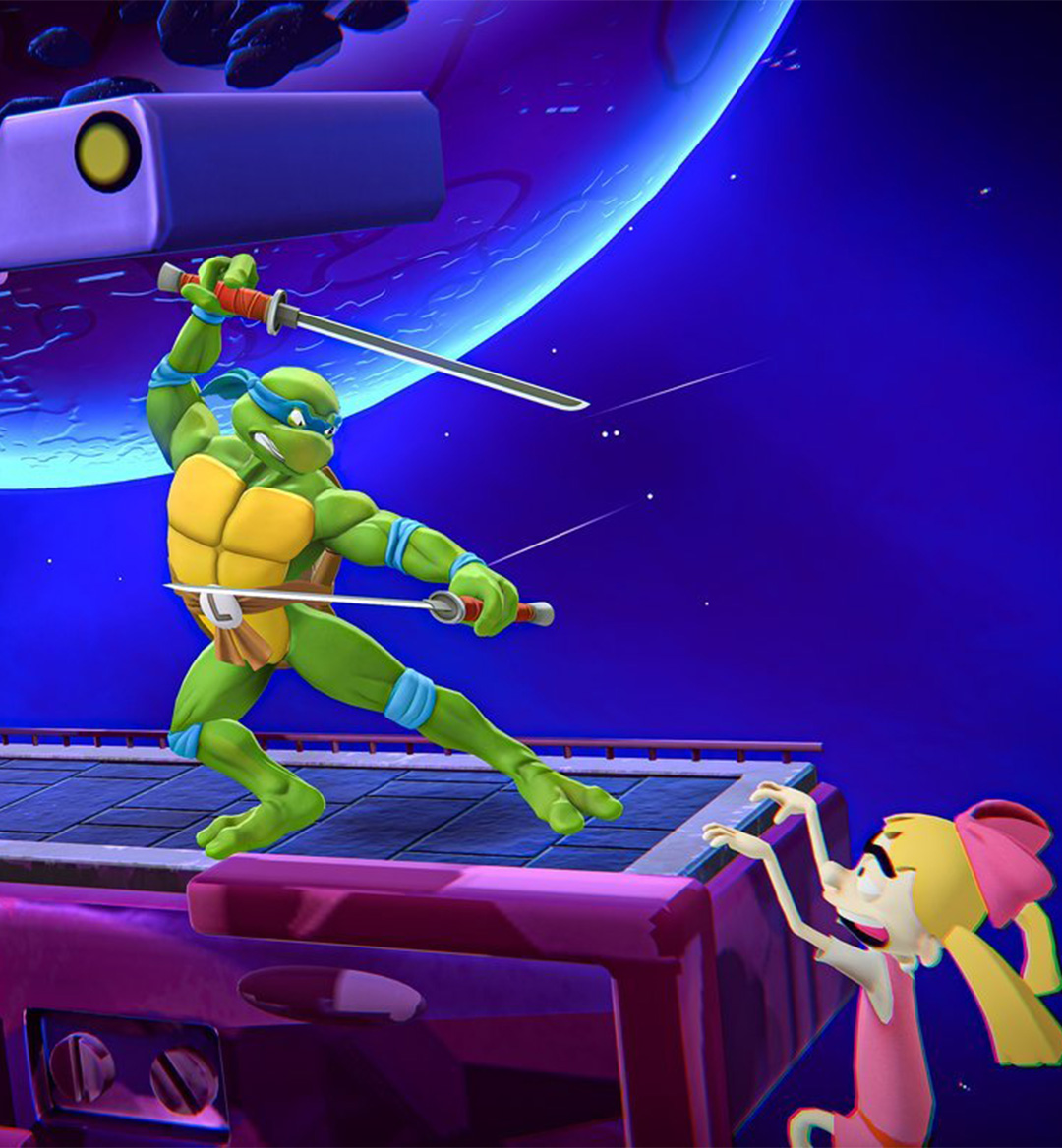 July 13, 2021, will forever be remembered as a joyous day in fighting game history. Why, you ask? Well, that’s because FGC devotees woke up to the surprising news that the animated icons of Nickelodeon have signed up to throw hands and feet in an upcoming fighting game. That game is the Super Smash Bros. clone known as Nickelodeon All-Star Brawl.

The sight of instantly recognizable cartoon characters bashing each other’s heads in on floating arena platforms was wild. What was even wilder were the reveals that confirmed that Nickelodeon All-Star Brawl will implement rollback netcode and possibly incorporate Super Smash Bros. Melee’s expert wavedashing mechanics. The hilarious memes pairing familiar Super Smash Bros. tropes with Nickelodeon All-Star Brawl have taken over my timeline and the hype is shockingly real for the game’s eventual Fall release.

So far, the animated party brawler has unveiled 14 playable characters:

The game’s developers Ludosity and Fair Play Labs have made it abundantly clear that those fighters won’t be the only ones hopping into the multi-person fray. Even more Nickelodeon cartoon icons will get added to the game’s roster and make old/new fans as pleased as possible. I know a thing or two about classic and modern Nickelodeon characters, which is why I cooked up a list of even more characters that would be perfect for Nickelodeon All-Star Brawl. 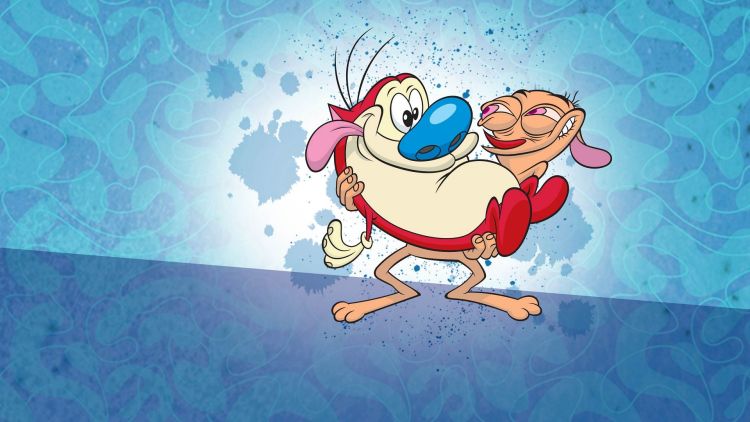 Powdered Toast Man already nabbed himself a slot in this outlandish brawler. So it’s only right that the very show he was lifted from gets to showcase the two main characters that starred in it! Ren Höek and Stimpy are an insane anthropomorphic duo that offered a twisted alternative to Nickelodeon's safer 90s cartoon mainstays. I’d love it if Ren used Stimpy as a sort of melee weapon by using him as an oversized bat, demolition hammer, and bowling ball. Or they could act as a sort of Ice Climbers duo that can be played simultaneously. Either option works for me. 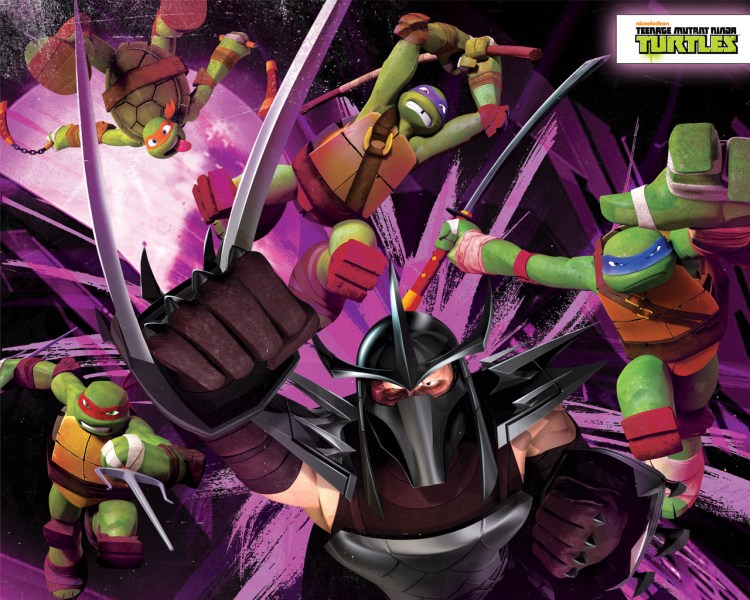 This game already has two of the Teenage Mutant Ninja Turtles on the scene. So I think the two other parts of the Foot Clan fighting duo are most certainly getting called up, too. Raphael’s furious mastery of the twin sai and Donatello’s battle-tested usage of his bo-staff would make them the perfect go-to fighters for me in this brawler. And of course, their fiercest rival should also get the roster nod. Playing as Master Shredder and getting the chance to crush the Turtles and even non-Turtles sounds like a good time.

6 and 7. Aang and Korra ('Avatar: The Last Airbender' and 'The Legend of Korra') 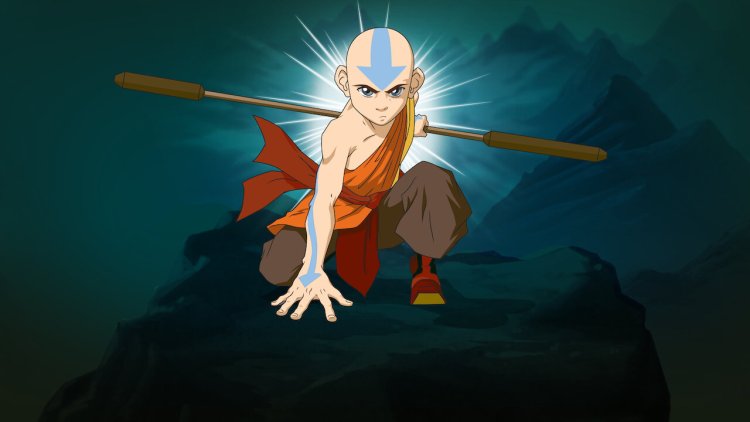 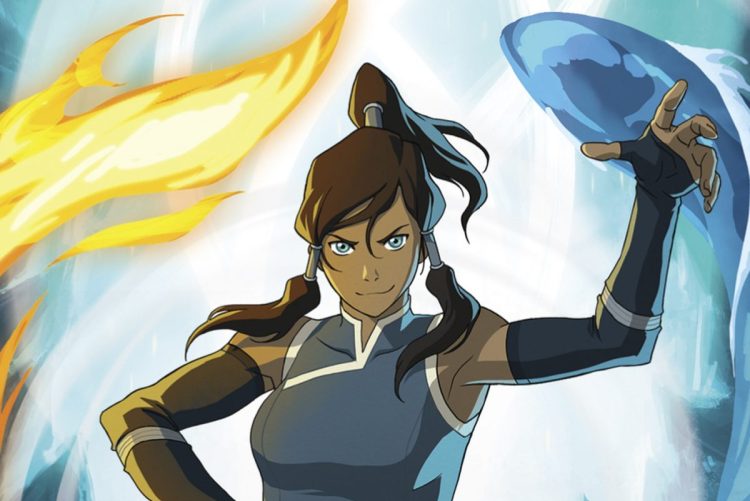 Now everyone knows these two master elemental wielders are tailor-made for any sort of fighting game. Placing them in this Smash Bros. clone is a must and I’m confident that the developers behind it will abide by that wise decision. Aang and Korra have the power to vanquish their foes with the powers granted to them via the telekinetic usage of water, earth, fire, and air. Can you imagine how OP both of these Avatars would be if they made the roster? I can already see people asking for Aang and Korra nerfs one week into the game’s launch. They sound like the sort of characters that could adopt serious crowd control mechanics into their game plan. 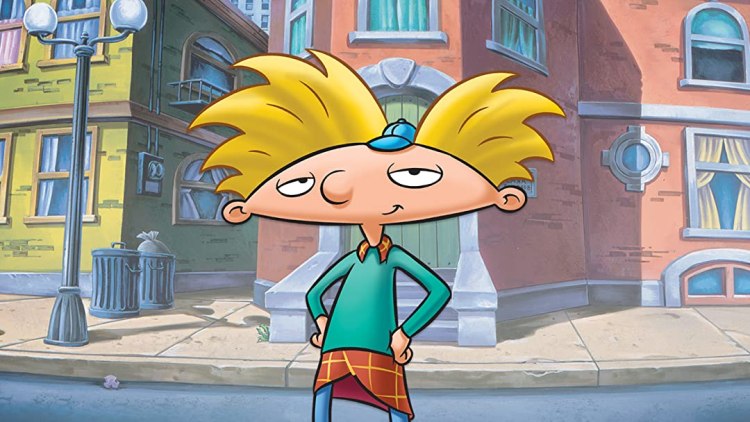 Helga’s beloved/hated “Football Head” is a must for this game. Here’s a guy that’s street smart and has a loyal band of friends behind him. It’d be pretty cool to make Arnold the sort of character that uses a wide range of objects that are familiar to his inner-city digs in order to overcome the competition. Arnold’s arsenal could rely on trash can lids, a basketball, a football, a baseball bat, a skateboard, etc. And getting a cool assist from his homie Gerald would be extra ill if it made it into the game. 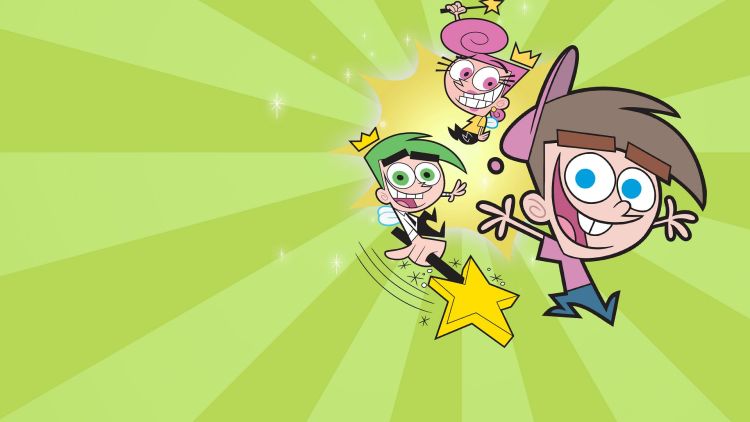 If the budget is high enough to do some cool visual and transformation tricks, then this amazing trio must find its way into this multi-person battle royale. Timmy Turner could rely on a few battle tricks that incorporate all types of random items, of course. But it’d be more creative to give him a toolset that’s granted to him by his Fairly Oddparents Cosmo and Wanda. Each of Timmy’s specials should see him take on the form of something insane that’s concocted by his wishes. I’d be down to play with a Timmy that can morph into his favorite character Crash Nebula and any other powerful variants his moveset could offer. 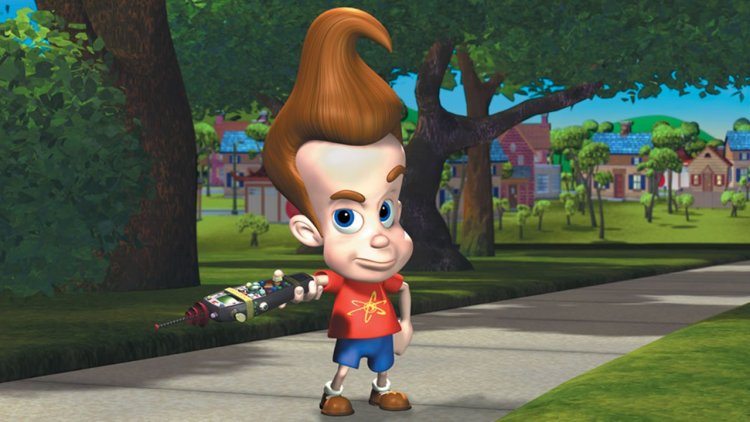 Nickelodeon’s boy genius has all the tools and tech know-how needed to hold his own in battle. Jimmy Neutron is the perfect character to attach the trap fighting game archetype to - not only would he have a bunch of sick inventions within his arsenal, but he’d also get to call in his robotic pup Goddard to do some damage as well. It’d be so dope if Jimmy made it into this game and brought his Jet Pack, Super Bubblegum-Mobile, Girl-Eating Plant, and Swiss Army Laser tools to stay alive. 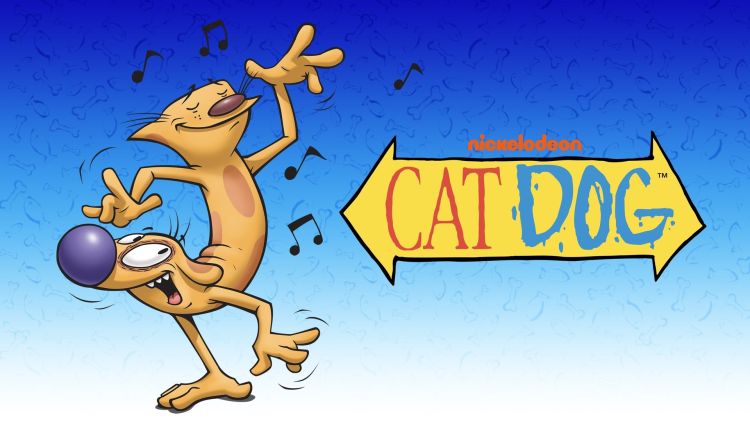 The orange-colored conjoined siblings could really be a problem if they ended up joining Nickelodeon All-Star Brawl’s roster. Imagine this - Cat on the left can handle its own while Dog on the right can also do the same. And when it comes to certain special moves, both characters can be activated in attack mode at the very same time. I’m sure CatDog would be pretty tricky to get right as a fighting game character, but I think an effort needs to be made to make that dream scenario happen. I’ma keep it a stack with y’all - I’d much rather see this lovable pair make it in before The Angry Beavers. Sorry, not sorry! 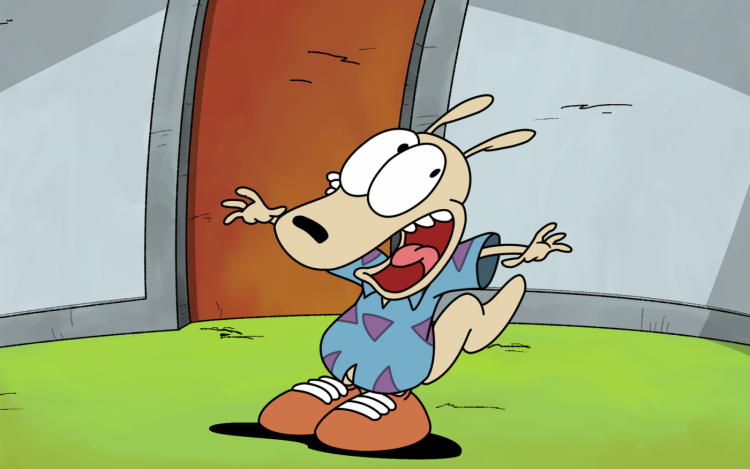 As a 90s head, I’m so ready to see that iconic Australian wallaby get his just due here. Rocko’s move set would be awesome if it consisted of nothing but the tools that are tied to the many jobs he adopted throughout his life. Here’s how I see he could approach each fight - Rocko could catch some W’s by using a rotary phone, a tattoo needle, a plunger, and even random products from Conglom-O. As a matter of fact, I’d also be cool with Rocko being able to call on assists from Heffer, Filburt, and his trusty pup Spunky. 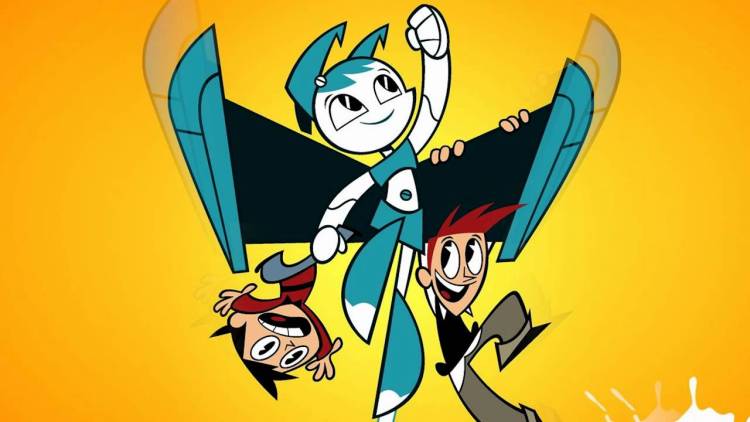 My Life as a Teenage Robot is centered around a youthful robot girl that goes about her days as a regular teenager and a superhero. And the way she goes about protecting the denizens of Earth is by utilizing a wide range of fearsome weaponry and additional devices. XJ-9 could be a threat in this game since she has the ability to call on her Laser Beam, Turbine Hair, Dino Drill & Razor Blades, Mass Hammer, and Extension Arms. It’d be pretty OD if she could use one of her transformations, too. Just imagine if she’d be able to quickly morph into her Jenny Jet form! 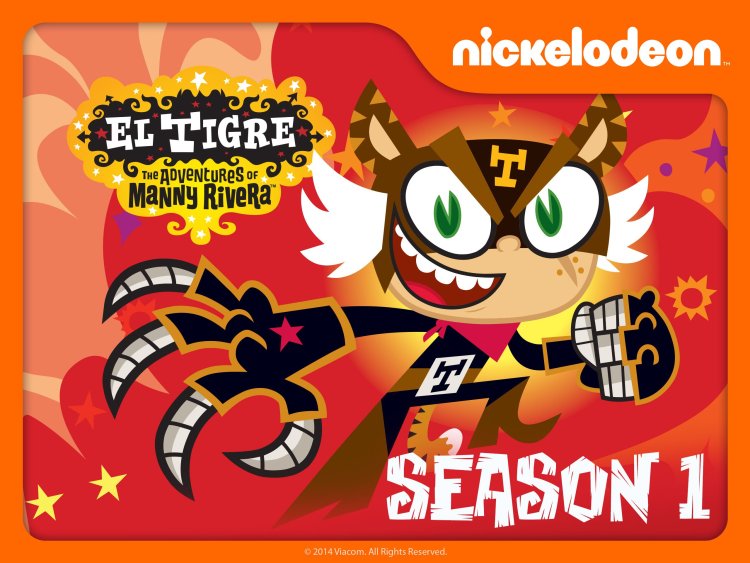 I know a lot of guys don’t recognize this lil’ dude, but make sure you spend some time with his slept-on cartoon. The character at the heart of that series is Manny Rivera, who embraces his large suite of superpowers under the moniker of “El Tigre.” As a fighter, El Tigre is a fast combatant that relies on his super strength, sharp claws, and grappling hook. And since he’s able to summon the great Ancient Tiger Spirit, Tigre can boost his stats even more. I said all that to say this - I’m trying to use all of those devastating powers in Nickelodeon All-Star Brawl!