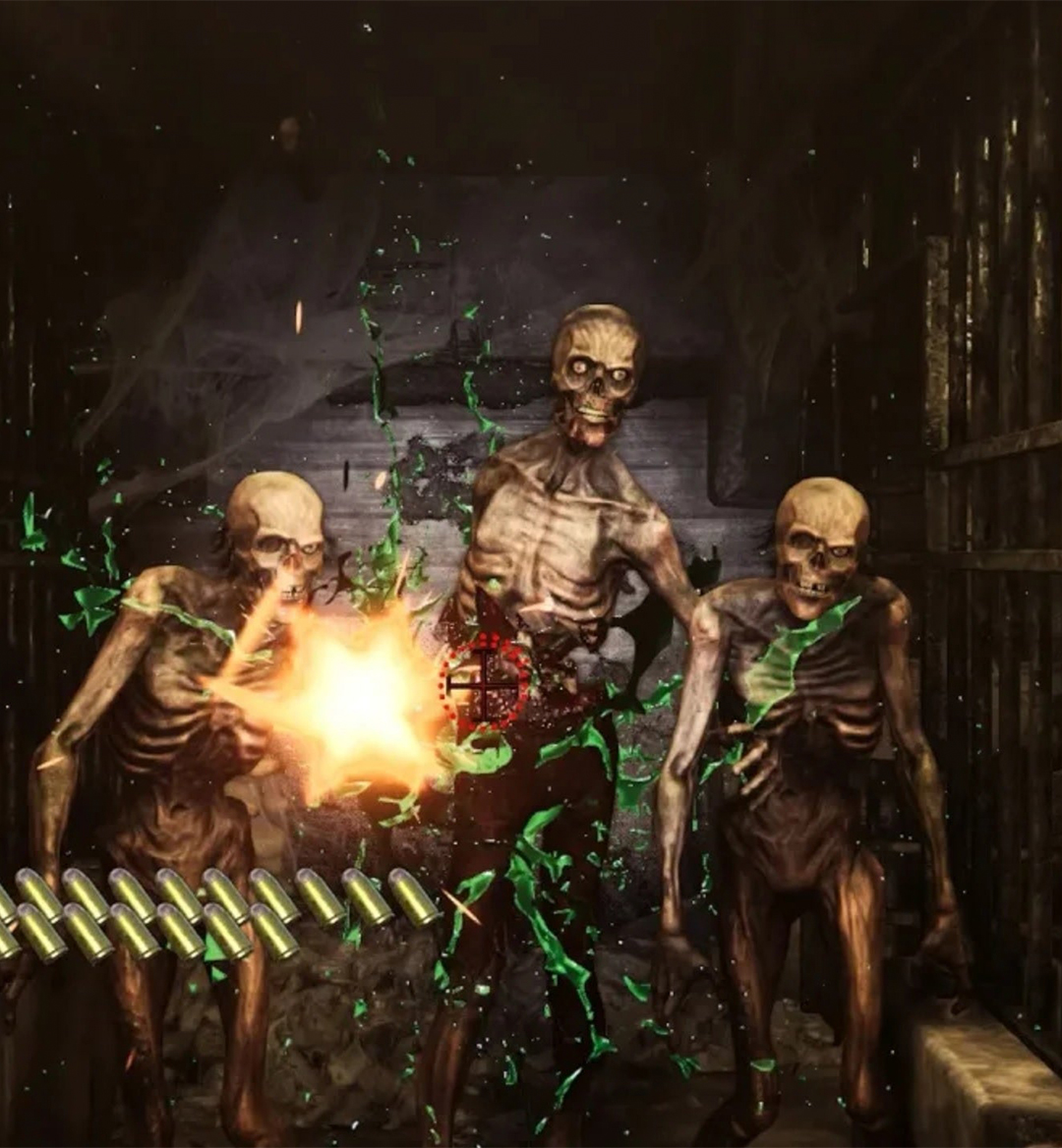 Do you know what pains the hearts of gamers everywhere? Having to sit back and watch while their favorite publishers ignore their lineup of classic franchises that still have plenty of life left in them.

While there are a few gaming institutions that have made the wise decision to bring retro IP’s back to life (THANKS FOR THE NEW GHOSTS ‘N GOBLINS GAME, CAPCOM!), there are still a good number of companies that still choose to ignore the greatness sitting within its massive franchise vault. In the case of Sega, the Japanese gaming giant is making an effort to revive some of the games that put them on the map. Through partnerships with other talented publishers and development studios, IPs like Streets of Rage, Panzer Dragoon, The House of the Dead, and even Alex Kidd are making a welcome comeback in sequels and remakes. Even Sega’s signature fighting game juggernaut Virtua Fighter is making a grand return, which fighting game aficionados are most definitely checking for.

That whole trend got us to thinking - what other classic Sega IPs are well deserving of a remake? We peered into Sega’s massive vault and built up a list of games that could be revived with a new coat of paint, quality of life changes, and the same likable gameplay mechanics that made them so great in the first place.

Go ahead Google the term “Sonic Adventure remake” and prepare to be disheartened about what pops up first. You’ll spot a massive Reddit thread that alludes to Sega reportedly canceling remakes for Sonic’s classic Dreamcast outings, which were rumored to be in development and prepped for a 2015 release. But apparently, the immense failure of Sonic Boom led to the cancellation of both games. Sega shouldn’t just abandon ship on these highly requested remakes, however - it should hand out this lofty joint project to a development team that’s capable of freshening up the visuals, music, and incredibly lively platforming the original games are known for. With the power of current-gen consoles, remakes of both Sonic Adventure titles would truly realize their full potential and reflect the amazing quality tied to the platforming remakes that brought Crash Bandicoot and Spyro the Dragon back into the public eye.

A JRPG that’s all about sailing the unfriendly skies as a pirate crew sounds amazing, right? Well, that’s pretty much what Skies of Arcadia is all about. The trio of Vyse, Aika, and Fina are still remembered fondly thanks to their critically acclaimed, sky-faring adventure on the Dreamcast and Nintendo GameCube. It sucks that this game never got a sequel (reports say that Skies of Arcadia wasn’t a big hit commercially). With the recent trend of JRPG’s getting a new lease on life via remasters/remakes, we reckon it’s time that Skies of Arcadia got the very same treatment. The game’s jovial feel, classic turn-based combat system, and pirate ship battles were celebrated back then and they could be even better with a whole new coat of graphical paint splashed onto it. The RPG genre is still a force in this day and age, so a Skies of Arcadia remake would easily be accepted.

Did you know a brand new Jet Set Radio game was in the works at one point? A development studio by the name of Dinosaur Games created a visual proof of concept for another entry entitled “Jet Set Radio Evolution.” And to the surprise of no one, it looked incredible. But sadly, it never transitioned from its conceptual phase to full development. After seeing the Jet Set Radio spiritual successor called Bomb Rush Cyberfunk in action, we got the thinking - isn’t it about time Sega handed off the reins to remakes for its Jet Set Radio games to a worthy and willing development studio? If Dinosaur Games is willing to hop back into the cel-shaded world of Sega’s rollerblading gems, then we reckon they’d pump out some fine remakes for both games in the series. We miss Beat and the rest of the graffiti-spraying gang, so it’s about time they made a return for modern gamers and the old heads that still remember them.

The concept of Comix Zone was cool back then and it’s still pretty unique to this very day. Players traversed through all types of varied environments as they hopped between actual comic book panels. The visuals look like they were ripped right out of a 90’s graphic novel and getting to beat up waves of baddies as the artist that drew them in the first place was a creative approach to playing as the protagonist (Sketch Turner is such a cool name, by the way). After seeing how great Streets of Rage 4 ended up being, we’d love to see Comix Zone get the very same updated treatment. Add a few new moves to Sketch’s arsenal to improve the combat, change up the puzzles a bit, and speed up the movement transitions between panels and we’d be all the way down for a Comix Zone remake.

Sega’s forgotten orbot was actually slated for a grand return back on the PS2 at one point in time. But for some strange reason, it got shelved. It’s been such a long time since we’ve last seen Vectorman running around and blasting enemies with his spark-based abilities. Sega should bring their green, eco-friendly robot back by handing out the development duties for Vectorman and Vectorman 2 remakes to a quality development studio. Even though WayForward is known for crafting 2D animated games that adopt retro mechanics, we’d still love to see them take a stab at improving upon the solid foundation established by the first two Vectorman games. Just imagine how much better both games would look with a vastly improved 3D art style.

Shout out to Treasure - the Japanese development studio will forever receive praise for producing some of the most action-packed games we’ve ever seen and had the pleasure of playing. One of the Sega Genesis titles that put them on the map is Gunstar Heroes, which is a run & gun shooter that delivered one of the best co-op experiences during the 16-bit era. There’s still so much fun to be had just running around and blasting everything in sight as Gunstar Red and Gunstar Blue. We even adored the sequel Gunstar Super Heroes, but we’d be all the way down for a proper remake of the original. We gotta mention WayForward here again as they strike us as the right team for the job - their work on Contra 4, Aliens: Infestation, and The Mummy Demastered is proof that the development studio can handle a full-fledged Gunstar Heroes remake.

Every time we look up, an often forgotten and sometimes underrated game gets a remaster/remake out of nowhere. We never thought we’d see new and improved versions of Shadow Man, Destroy All Humans!, and the Turok games, but here we are. As far as little-known games that would make for a great remake goes, we’d be all the way down to see Beyond Oasis make a random comeback. If you never played it, you’re clearly missing out - it’s a classic top-down, action RPG that sports gorgeously animated visuals and a storyline that’s inspired by the tales contained within Arabian Nights. These days, a lot of development studios have been creating beautifully visualized 2D games that hearken back to the good old days of gaming. We’d be overjoyed if the team behind Hyper Light Drifter (Heart Machine) handled the remake duties for Beyond Oasis.