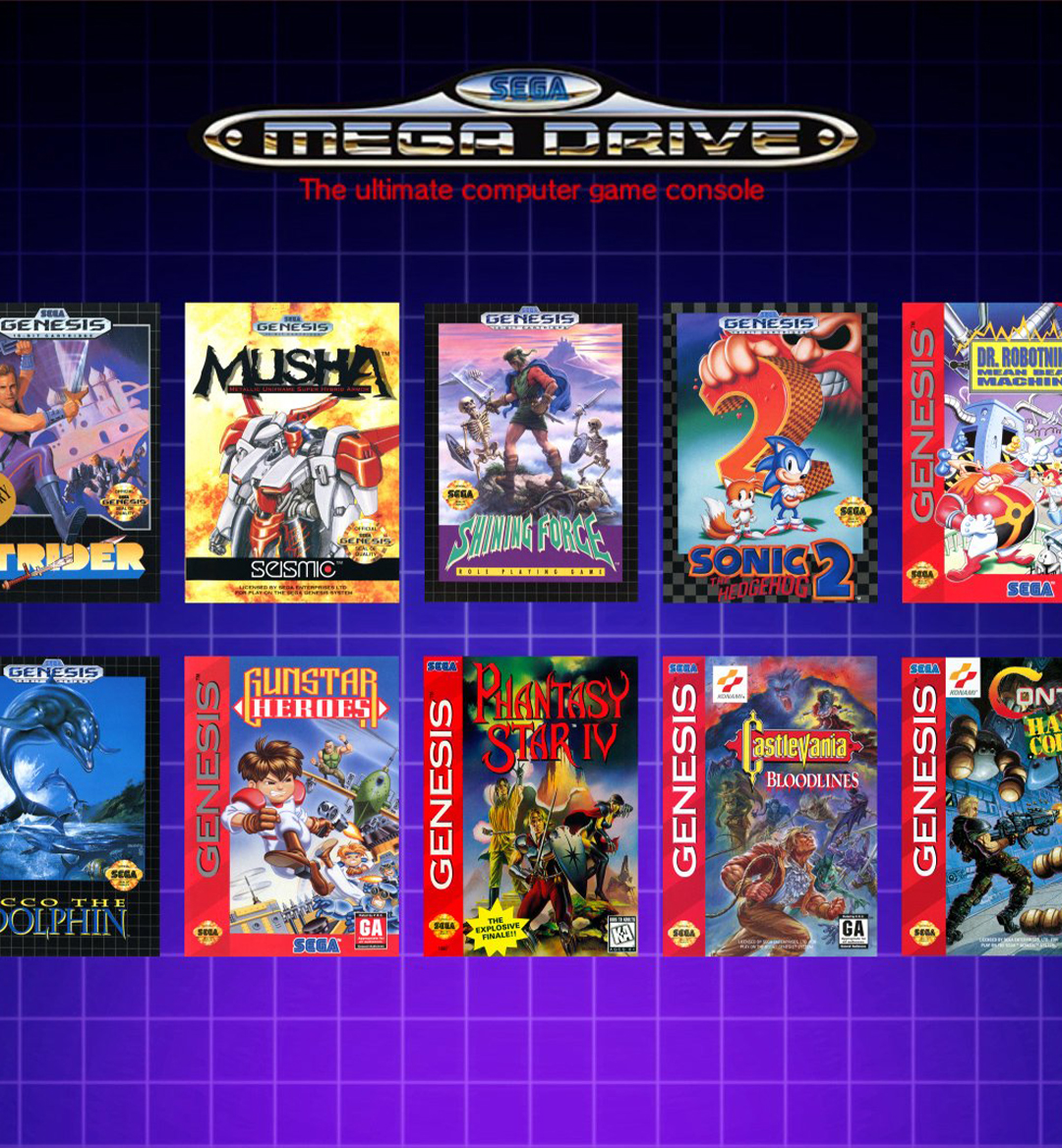 On the very same day we learned that select Nintendo 64 games are set to come to the Nintendo Switch, we also came to find out that a bunch of Sega Genesis games will also become available.

And that’s all due to the upcoming Nintendo Switch Online + Expansion Pack membership that’s set to drop sometime in late October. We already listed the 10 dream N64 titles we’d love to see make the transition over to Nintendo’s hybrid home/portable console hybrid. So you know what that means, right? It’s now time for us to get even more nostalgic and head back to the 16-bit era to find 10 Sega Genesis classics that should also come to the Switch.

But before we do that, let’s take a look at the solid lineup of Genesis titles that have been confirmed to come to the Switch thus far:

Those games are indeed awesome, but allow us to show some love to 10 other Genesis games that would make our dreams come true as future Switch ports. 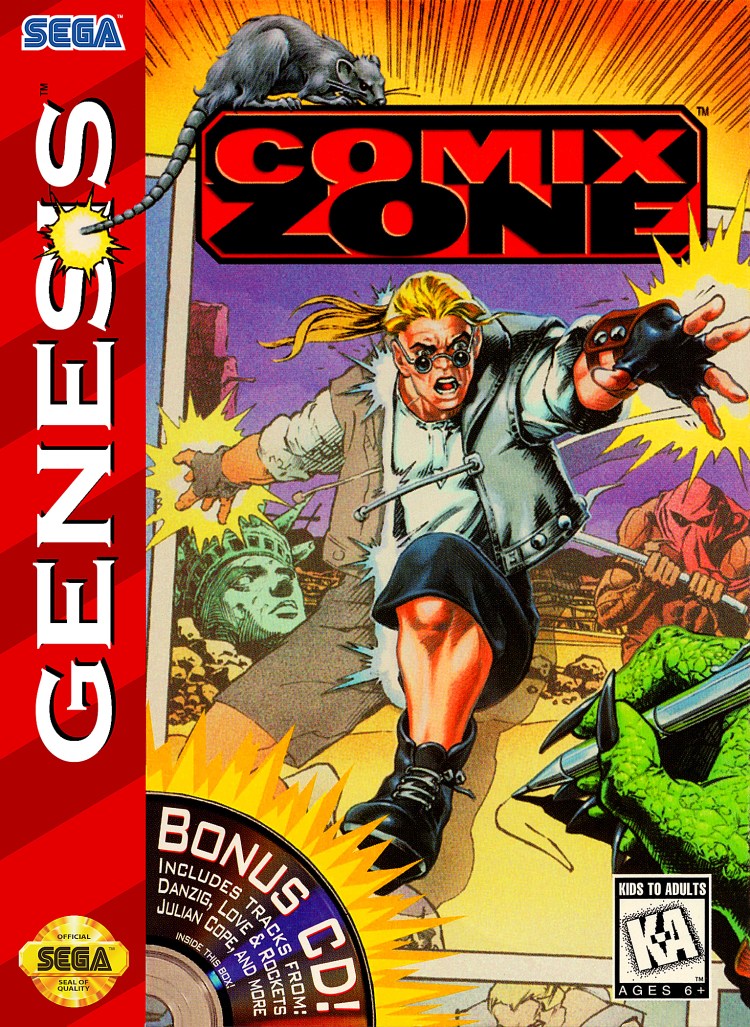 We love the fact that Streets of Rage 2 offers some strong representation within the vast Genesis beat ‘em up catalog. But we also hope that genre gets even more love with the addition of a 16-bit brawler that made our brains work a bit more than usual back in the day. Comix Zone will forever remain embedded in our memories as a clever implementation of comic book art styles and panels that made its exploration elements so enticing. Venturing through each and every corner of Comix Zone has and will remain one of our favorite joys - smashing up drawn-in baddies as Sketch Turner is the sort of joyous occasion we want to revisit on the Switch. 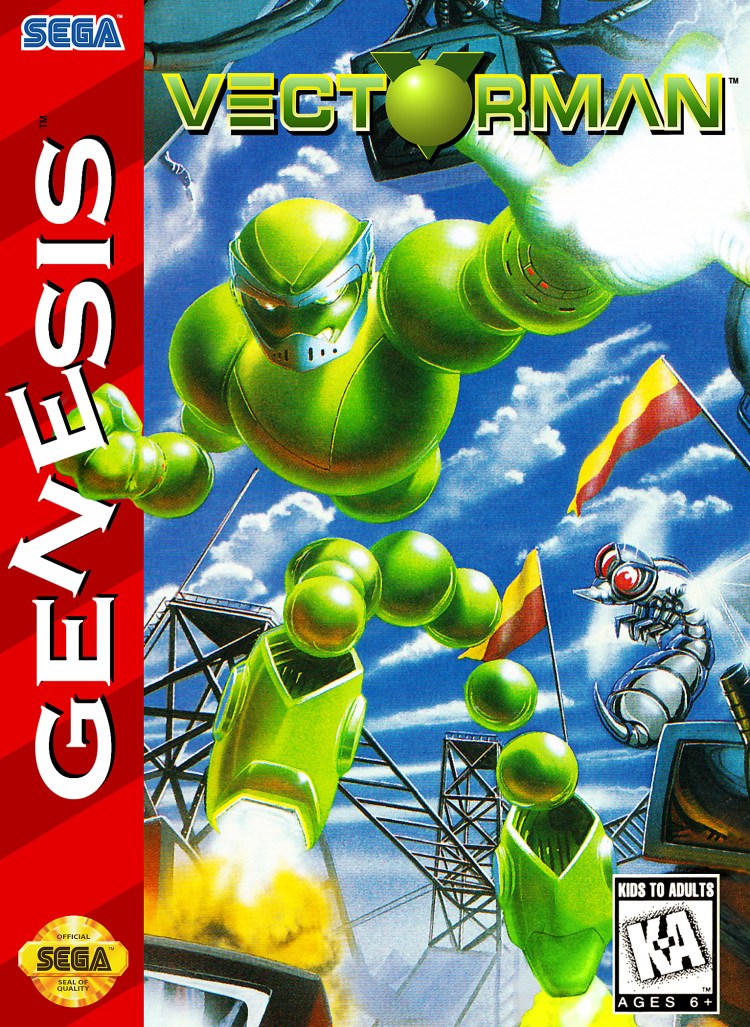 It’s quite the sobering thought when you think about how the Vectorman series never got a third game. While that dream scenario will never come to pass, we’d be content with the first game making its way over to the Switch to remind folks of just how great the series is as a whole. The visuals were mind-blowing for their time and the run ‘n gun gameplay was done extremely well, which are two aspects that make Vectorman a timeless experience. Sega’s forgotten mean, green “orbot" is due for a comeback - bringing him to the Switch is the best way to go about that campaign. 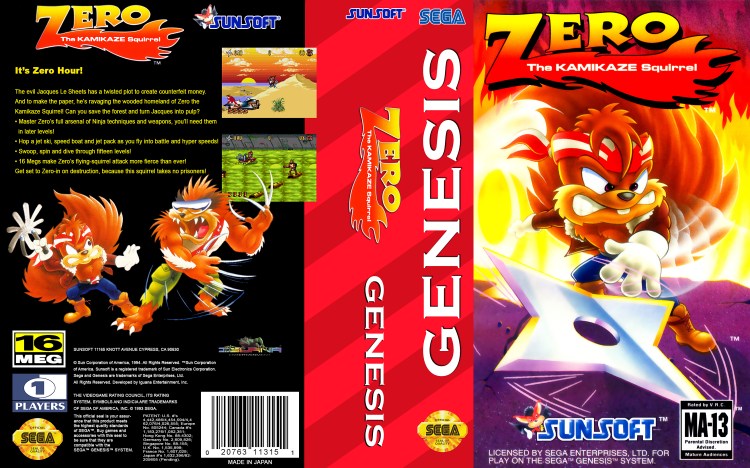 Platforming games filled with anthropomorphic mascots ruled the gaming landscape during the 16-bit era. Sunsoft did its thing with the Aero the Acro-Bat series and ended up crafting a cool spinoff in the process with Zero the Kamikaze Squirrel. Zero’s gameplay saw the little tyke move at a swift pace as he collected all sorts of items, plus he was capable of swooping and diving while airborne. The cartoony visuals were stronger than most games that went the same route as this one, which made it stick out from the pack. Zero’s an underrated platforming hero whose star performance deserves another shot in the limelight via a Switch port.

Sparkster’s yet another one of those memorable retro heroes that came up during the 16-bit era. When Konami was in the business of creating 90s classics, they put forth another one among their strong lineup with Rocket Knight Adventures. The graphics were clean, the music was super enjoyable, and the varied gameplay styles kept the action fresh. Sparkster's mobility was also another reason why we were so enamored with this game back in the day. We still adore it nowadays and would love for it to join the future slate of Genesis games on the Switch. If Sonic gets to thrive on Nintendo’s latest console, so should Sparkster! 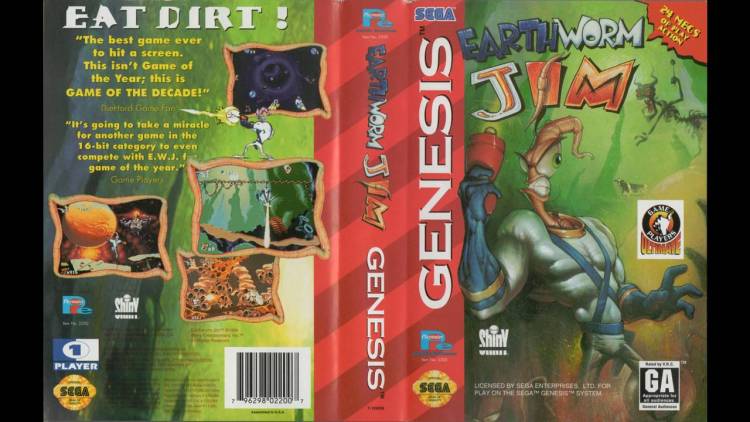 The lowly earthworm that took control of a super-suit that fell from the sky is known the world over as Earthworm Jim. His grand gaming debut was a smashing success and created one of the most beloved 16-bit icons in the process. Jim’s original adventure is filled with a zany cast of allies & villains that we’d love to revisit on the Switch. The difficulty factor for this game can be a bit much for younger gamers, but we veterans are ready to confront those challenging stage playthroughs once again. Earthworm Jim, his trusty blaster, and that whip attack of his are long overdue for a comeback at this point. Sega might as well throw his starting escapades into the Genesis on Switch collection. 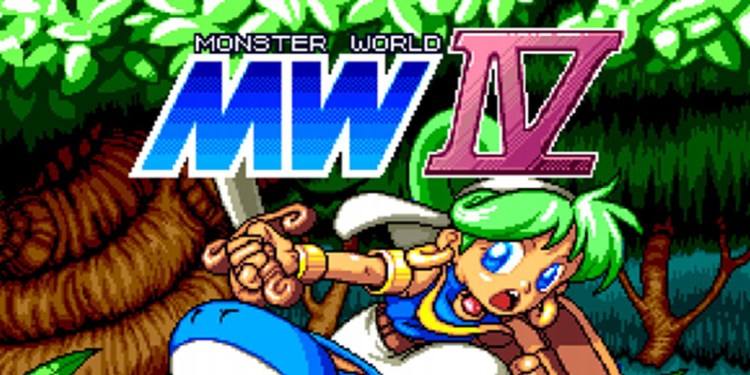 Yeah, we know - if you own a Sega Genesis Mini, then you already own a digital copy of Monster World IV. But lord knows most Switch owners would prefer having the option to play it on that console instead of having to whip out their mini hardware to do it. We’d much prefer that way of playing it, too. Monster World IV is such an engrossing game that combines the very best parts of the action-adventure, RPG, and platforming genres. Asha and her cutesy pet Pepelogoo became quick faves of ours once we finally got to control them in tandem. Monster World IV is deeper than most games of its kind - we’d be more than happy to revisit its genre-bending mechanics and light atmosphere on the Switch. 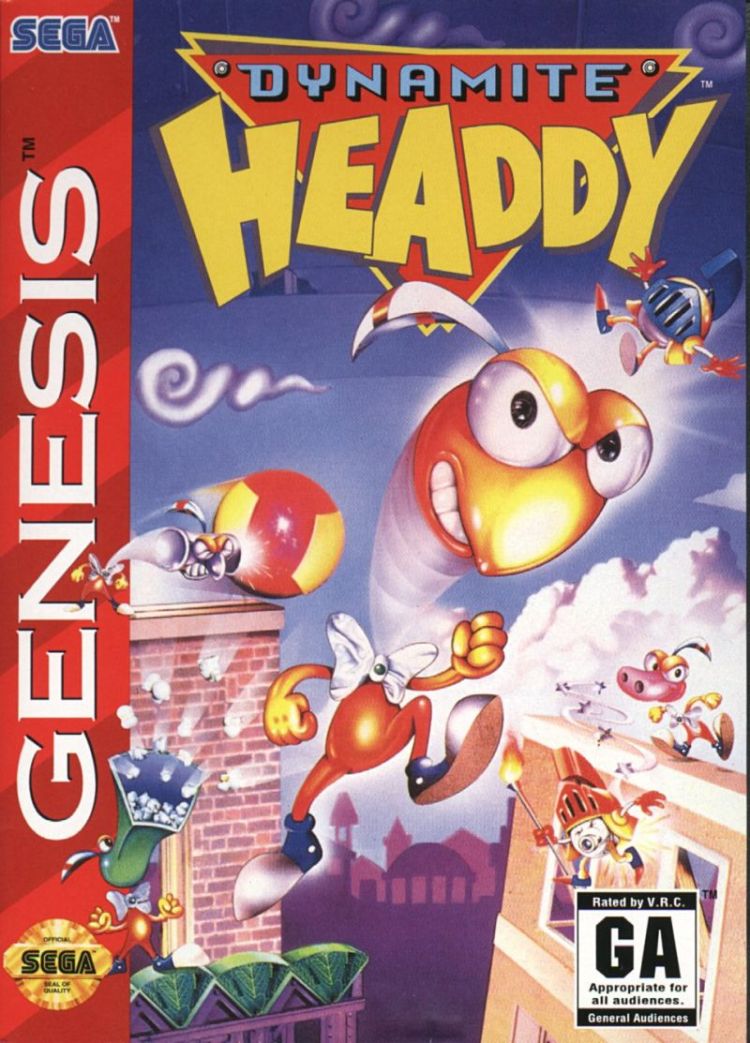 Treasure will always be regarded as one of Sega Genesis’ best developers. They found a way to push the boundaries of the 16-bit console and craft some of the most awe-inspiring games the world has ever seen. Gunstar Heroes, which is one of their very best titles, is already a part of the launch lineup for the Genesis library on the Switch. So why not add two more of their memorable experiences? One of those games is the trippy platformer Dynamite Headdy, which follows a heroic puppet that attacks by detaching its head to smash its foes. The awesome way in which the game’s stages played out like you were watching a stage play still wows us. And the game’s many boss fights will forever be a mind trip. Dynamite Headdy is, simply put, awesome. 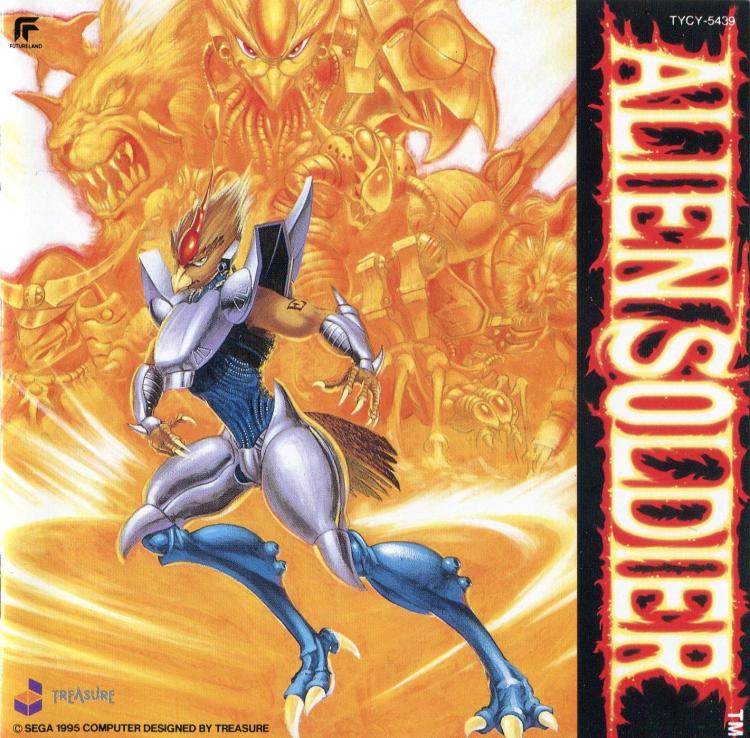 And the second Treasure gem that we want on the Switch is the severely slept-on side-scrolling shooter, Alien Soldier. If you want to talk about bombastic retro games, this one is certainly among the best. The extraterrestrial being known as Epsilon-Eagle (that name is awesome, by the way!) goes on a revenge tour and thankfully we get to join him. Just like Gunstar Heroes, this 16-bit run ‘n gunner lets you wreck a whole bunch of nightmare fuel-esque bosses with a nice variety of powerful firearms. Alien Soldier’s shorter levels do an amazing job of keeping our attention thanks to bite-sized stage run-throughs and extended boss encounters. 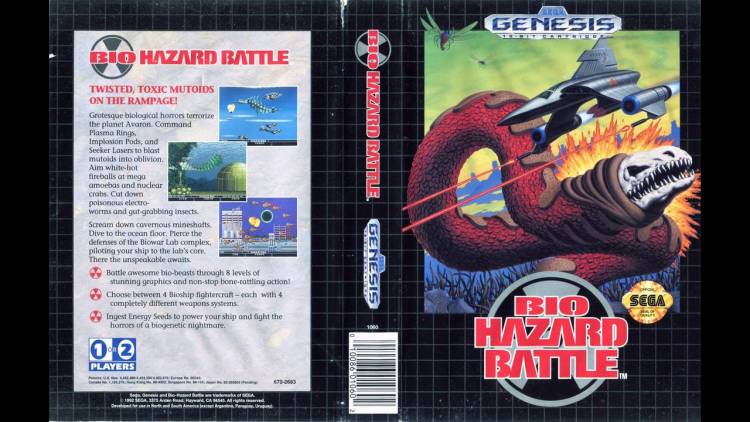 The Genesis has a varied collection of ship-based shoot ‘em ups and one of them (M.U.S.H.A.) is already confirmed as one of the Genesis collection’s Switch ports. Another one that we’re pulling for is the lesser-known yet still quality experience known as Bio-Hazard Battle. As one of the four organic ships, Bio-Hazard Battle gave gamers a flood of hostile enemies to blast. And like most of the shooters of its time, the action is constant and the breakneck pace guarantees that your reaction time has to be damn near perfect. Thunder Force IV, Gley Lancer, and Elemental Master are among the very best SHMUPs the Genesis has to offer. But we’d love to see Bio-Hazard Battle get some time to shine first and bring more attention to its underrated glory. 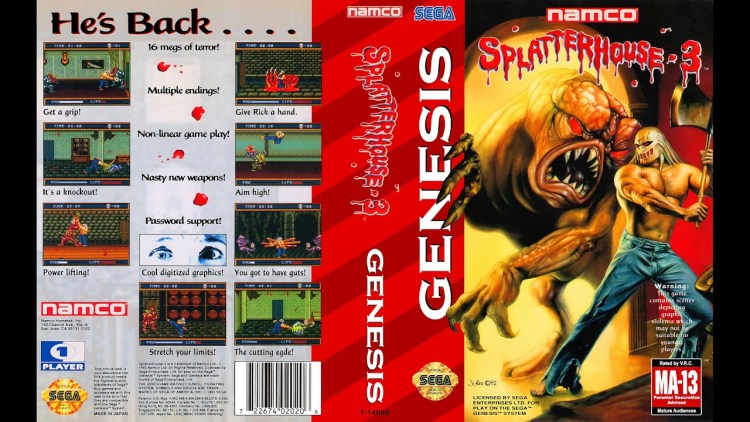 Before Resident Evil made it hard for everyone to sleep soundly at night, Splatterhouse 3 scared us half to death with its horrifying cinematics. Plus the soundtrack still gives us chills! But we quickly get over our fears once we take control of Rick and don his all-powerful Terror Mask to do some damage. Splatterhouse 3 deserves a whole lot of praise for its open-ended exploration and its usage of divergent endings. We’re open to saving Rick’s wife and child once again by bashing in the heads of hideous monsters with his bare fists and a whole host of cool weaponry. Splatterhouse 3 is one of the best beat ‘em ups and also one of the most terrifying.