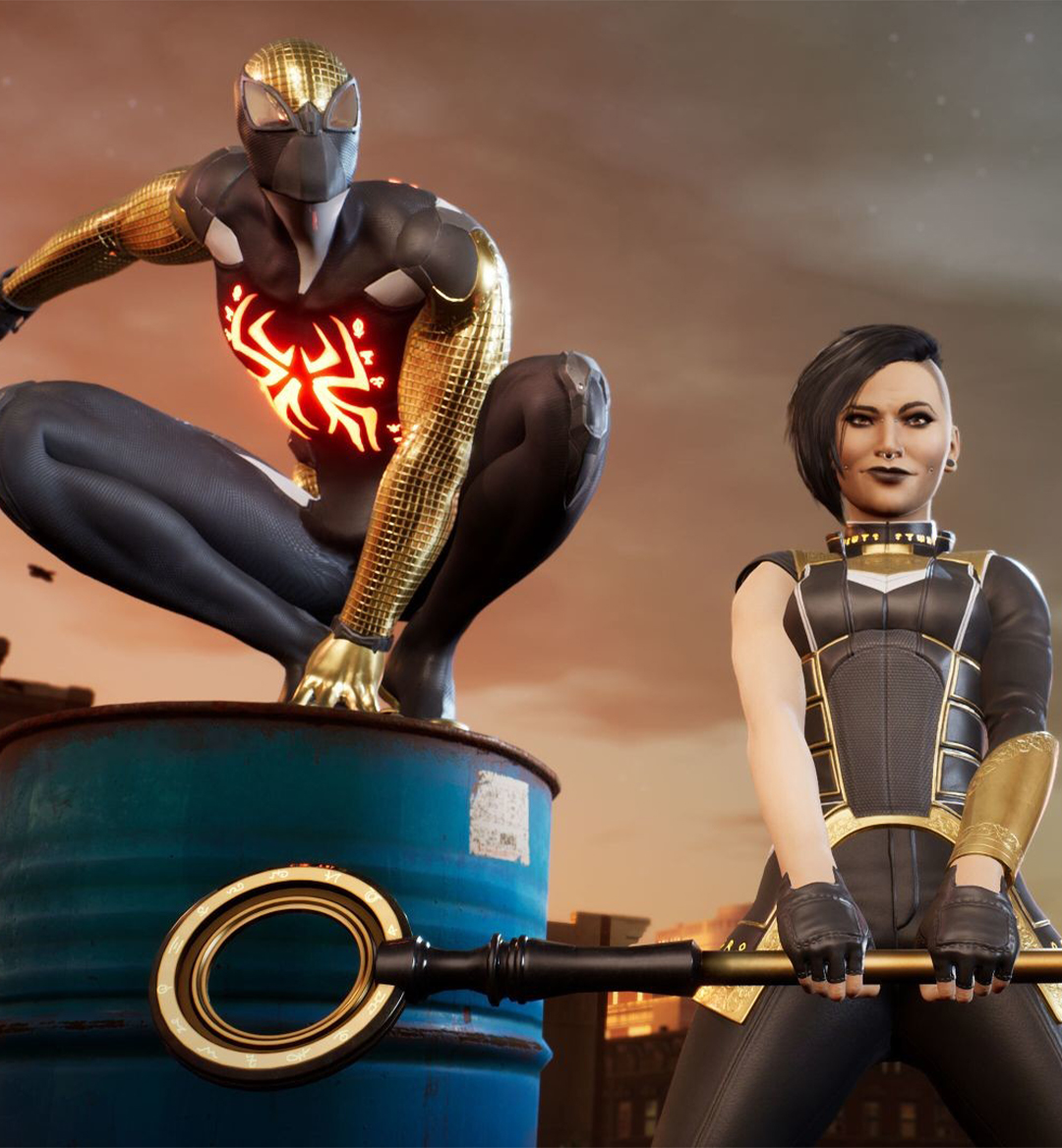 If you've been paying attention these past couple of months, you realize that the powerhouse duo known as Disney and Marvel have a lot of dope gaming projects in the works. Let's not waste any more time making small talk - let's take a look at all the dope trailers and highlights from the 2022 Disney & Marvel Games Showcase!

The Disney and Marvel Games Showcase kicked off with a world premiere announcement for an all-new Tron game called Tron Identity. Currently in development by studio Bithell Games (Thomas Was Alone, John Wick Hex), this 2023 title is described as "a visual novel adventure that follows Query, a detective program that must solve 'an unprecedented crime' in The Grid." This game will launch on PC via Steam.

We got a big surprise Nintendo Switch announcement that resulted in the debut of a platformer called Disney's Illusion Island. This 2D romp looks to be a four-player experience where players get to hop around wonderfully animated stages as Mickey Mouse, Minnie Mouse, Donald Duck, and Goofy. Each character has their own special ability that can be relied upon to navigate certain obstacles on each level. The central objective for this new platformer is retrieving the legendary "Book of Knowledge."

Marvel's Midnight Suns has a new release date - December 2! This Fireaxis Games-developed tactical RPG game showed up with some new gameplay footage of the heroes pulling off their flashiest special moves in battle. This game will launch on PS5, Xbox Series X|S, and PC via Steam on December 2, while the PS4, Xbox One, and Switch versions will drop sometime later.

You should also keep an eye out for the animated prequel shorts for this upcoming Marvel Comics superhero RPG. The first episode is set to premiere on Marvel's official YouTube channel on October 31.

The all-powerful Red Hulk is set to come to this mobile squad-based RPG on September 13. This incoming powerhouse is also set to be a part of Apocalypse's Horseman of War stable.

The upcoming Marvel Comics free-to-play collectible card game Marvel Snap got showcased during this live stream - we got to see a minute of new gameplay for this strategic card combat title that's set to release on PC and mobile devices. Marvel Snap is developed by Nuverse and is being published by Second Dinner. It's set for launch on October 18.

The "Galactic Edition" of LEGO Star Wars: The Skywalker Saga is slated to release on November 1 and will come with thirteen playable character packs. Those packs include the original seven that came out up until this point and six new packs, which lift characters from the following Star Wars shows and films:

Both Character Collections can also be bought separately or purchased together as a bundle digitally.

Coming September 19 (Talk Like a Pirate Day), Return to Monkey Island showed up here to showcase some brand new gameplay and a look at a feature that lets newcomers and series veterans revisit the chronology of the series as a whole.

The mobile free-to-play action RPG Disney Mirrorverse is set to get its own Halloween season update and add new "Guardians" such as Hades into the mix.

Disney Speedstorm is reportedly set to release soon. What we got to see here are newly added racers (Sulley, Mike Wazowski, Celia Mae, and Randall) and a track inspired by Monsters Inc. called "The Factory."

We got to check out some new gameplay footage for the upcoming mobile MMORPG shooter called Avatar: Reckoning.

The leaks were real! This showcase event finally gave us our official first look at Amy Hennig (Uncharted series) Skydance New Media's upcoming Marvel Comics team-up game. This ensemble adventure is set to WWII-era versions of Captain America and Black Panther (the suit will be donned by T'Challa's grandfather, Azzuri). Both heroes will be joined by U.S. soldier Gabriel Jones and Wakandan Spy Network leader Nanali. Some of the destinations players can expect to venture to include Paris and Wakanda. This was definitely the biggest announcement of the first-ever Disney and Marvel Games Showcase.

Developer Niantic (Pokémon GO) is working on a new AR game that lets fans create their very own superhero and join a team of fellow Marvel superheroes in the real world to beat back the forces of evil. Marvel World of Heroes is set for launch sometime in 2023.

The classic 16-bit Sega Genesis game based on Disney's Gargoyles animated series is set to receive a remaster that'll launch on modern consoles and PC.