'Elden Ring' Review: I'm Just Not Built for This Game 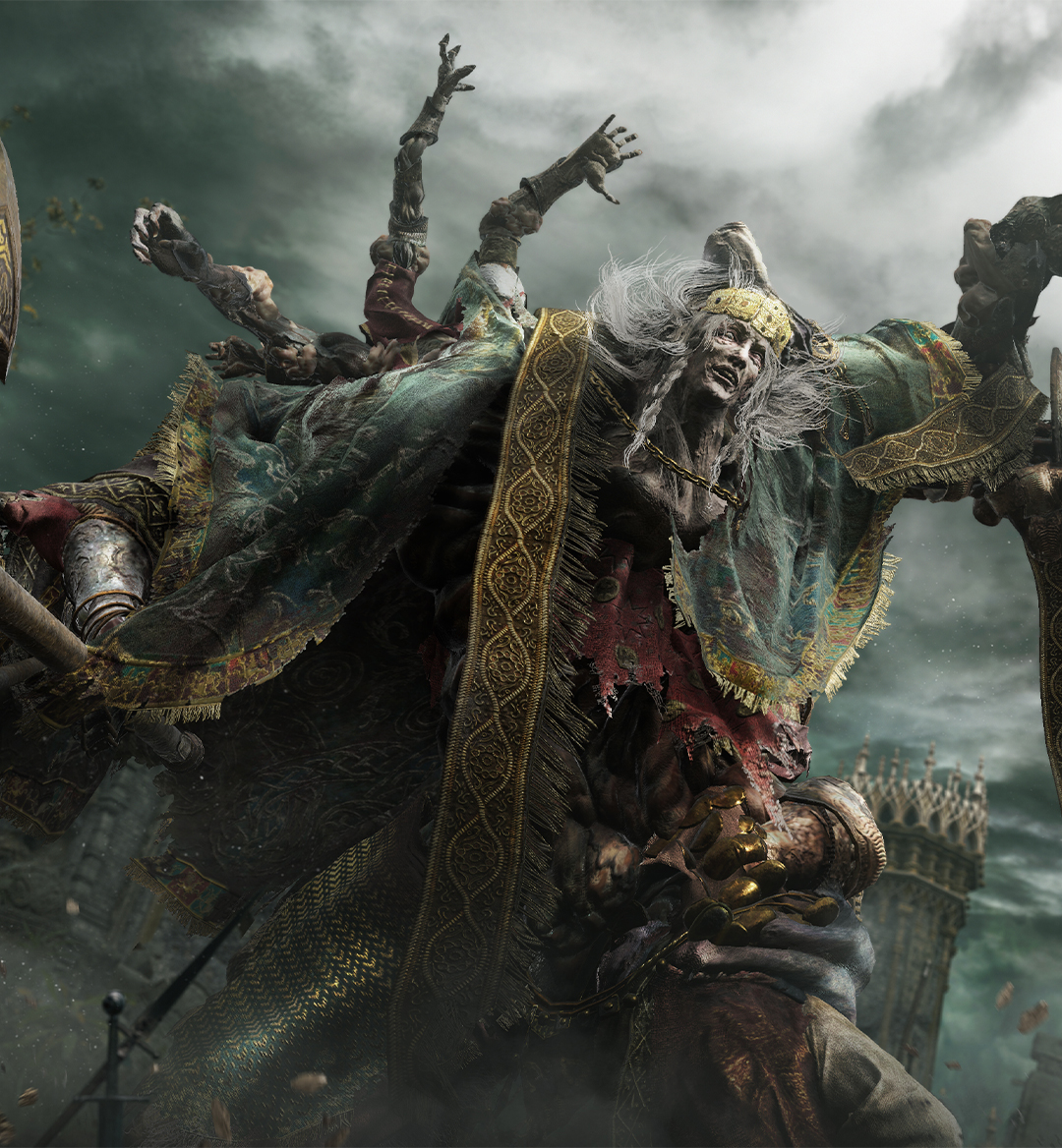 10:15:06. That's the total playtime I clocked into FromSoftware's latest foray into the "Soulsbourne" sub-genre it helped popularize.

I'm sure I'll get a ton of smoke from folks for not being able to beat Elden Ring, but I'll gladly accept all of the heat that'll hit my Twitter timeline. I'll freely admit to liking so many of the game's elements that make their debut here and the ones that have been brought over from past Demon's/Dark Souls games. But I'll also admit to losing my patience at the end of my 10-hour run and being unable to find the will to go on any further.

So let's just get into it - here are my final thoughts on everything I saw, heard, and did during my somewhat enjoyable yet highly frustrating run-through of Elden Ring.

At the start of my Elden Ring journey, I chose to adopt the Samurai class since I usually find a ton of fulfillment from engaging in close-quarters combat. Plus the Samurai's usage of a bow & arrows gave me a bit of extra hope since I knew I'd be able to get in some ranged shots on each boss before I got in close & began struggling to keep up with their powerful blows. As I made my way through the underground cave that made up the game's tutorial section and got some initial details on the main plot at hand, I was introduced to the gorgeous and vast hub world of the Lands Between. On a visual level, Elden Ring looks amazing - the many different biomes I explored all look alluring and piqued my curiosity as I explored each one. The haunting orchestral tunes also did a lot to set the scene and match the tone of whatever I was doing during every interval.

Speaking of exploring, the ability to travel on horseback is a godsend. Since Elden Ring takes place within a massive open world, having a horse at the ready is essential when it comes to hitting every corner of the map as swiftly and efficiently as possible. And being able to strike from atop the horse and even take flight in some cases are also two other great aspects when it comes to that element of adventuring. Besides the bevy of different outdoor environments you can head to, there's also an abundance of dungeons you can comb through at your leisure. And once I began my careful trek through those dangerous locales, my patience started wearing thin little by little...

If you've played any of FromSoftware's games, then you know what the (raw) deal is here - you're going to die over...and over...and over again. Elden Ring is no different in that regard - basic enemies can wipe you out in just a few hits, there are traps & sneaky enemy placements seemingly placed around every corner, and you'll need to take things slow if you have any hopes of surviving every battle encounter you find yourself in. Combing through vast locales such as the Limgrave, Stormwell Castle, and Caelid definitely produced moments of wonder. But my hopes of making any sort of meaningful progress were quickly dashed away as my lowly samurai got destroyed more often than not.

The combat mechanics at the heart of Elden Ring retain everything that the Demon's/Dark Souls series rests its hat on. Careful offensive/defensive maneuvers and memorizations of enemy attack patterns are essential here - mindlessly hacking and slashing won't get you very far. Even though I abided by the game's demanding ruleset when it comes to combat, I just couldn't hold my own against much of anything as my time within it wore on. I am proud to say that I brought down one of the game's main bosses (Margit, the Fell Omen) during my umpteenth try. The fact that you can call upon the aid of AI-controlled characters during certain boss battles is perfect for noobs like me. But at the end of the day, you still have to do most of the work if you want to emerge from those epic clashes alive.

After I finally defeated Margit, my Elden Ring experience began to feel like nothing but pure torture. I tried my hardest to navigate Stormveil Castle but was continually massacred by towering knights, agile eagles equipped with metal talons, and disfigured dogs that bit through my shield as if it were nothing but a chew toy. Then I fast traveled to another location to make some headway in another part of the map called Caelid. And as I made my way through there, I encountered a rampaging dragon that burned me to a crisp in seconds. When I finally managed to navigate past it, I was met with a poisonous river ruled by unmanageable foes. Choosing to go in the opposite direction of that river allowed me to venture through a fallen kingdom filled with brutal spirits that could wipe me out in one or two hits via their sweeping sword attacks and magical bullets that regularly killed me when I least expected them to. To say that I was at the end of my rope at this point is an understatement. 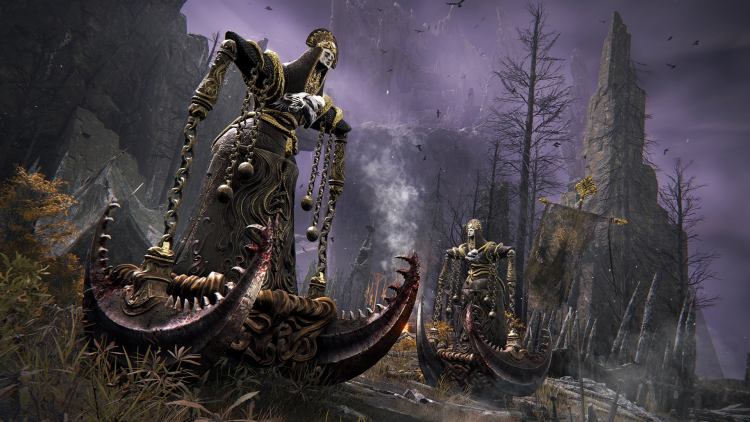 When I did manage to bring down the opposition, I was supremely satisfied. Putting my careful battle plans into action and successfully landing a killing blow with my trusty Uchigatana always felt good. But being unable to make any usage of Elden Ring's summonable "Ashes" spirits even though I had the "Spirit Calling Bell" needed to do so frustrated me to no end. And losing all of the "Runes" I had accrued over time due to an enemy one-shotting me and me being unable to retrieve them on my next run lowered my will to keep going even more. I needed to level up certain attributes in order to use any of the sorceries I gained during my arduous journey. But my rising death counter kept me from earning enough runes to upgrade my character enough to keep him in the fight, which killed my enjoyment of Elden Ring even more.

After I met yet another unfortunate end during my trek through Caelid's Smoldering Wall, I finally had the tough realization that Elden Ring just wasn't for me. The overwhelming odds stacked against me from the game's powerful opposition just became way too much to bear. From this point forward, I'll be forced to see how the rest of its fantastical tale unfolds from afar as I watch more experienced Soulsbourne fans live stream it. 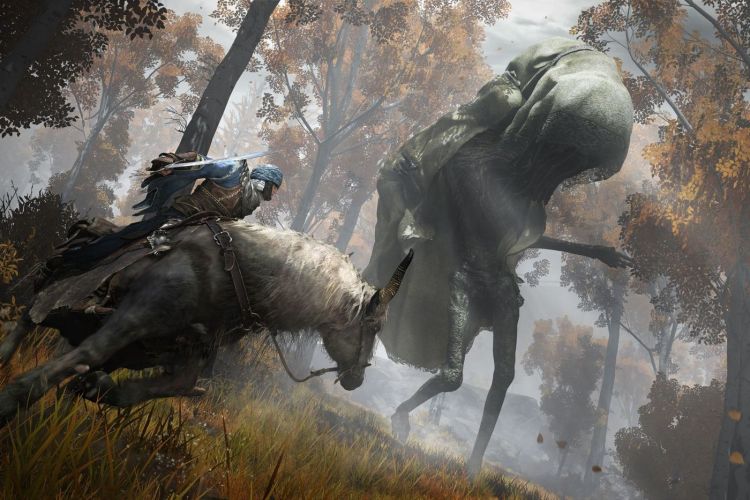 Elden Ring game producer Yasuhiro Kitao was quoted as saying his latest project "is the perfect title for those who have been interested in our games in the past but who have been put off by concerns about the games being too difficult." After my 10-hour run ended in nothing but sadness and ruin, I'm here to say that's simply not the case...